My partner and I are full-time house sitters in New Zealand. Here's how the pandemic has affected our unusual living arrangement. 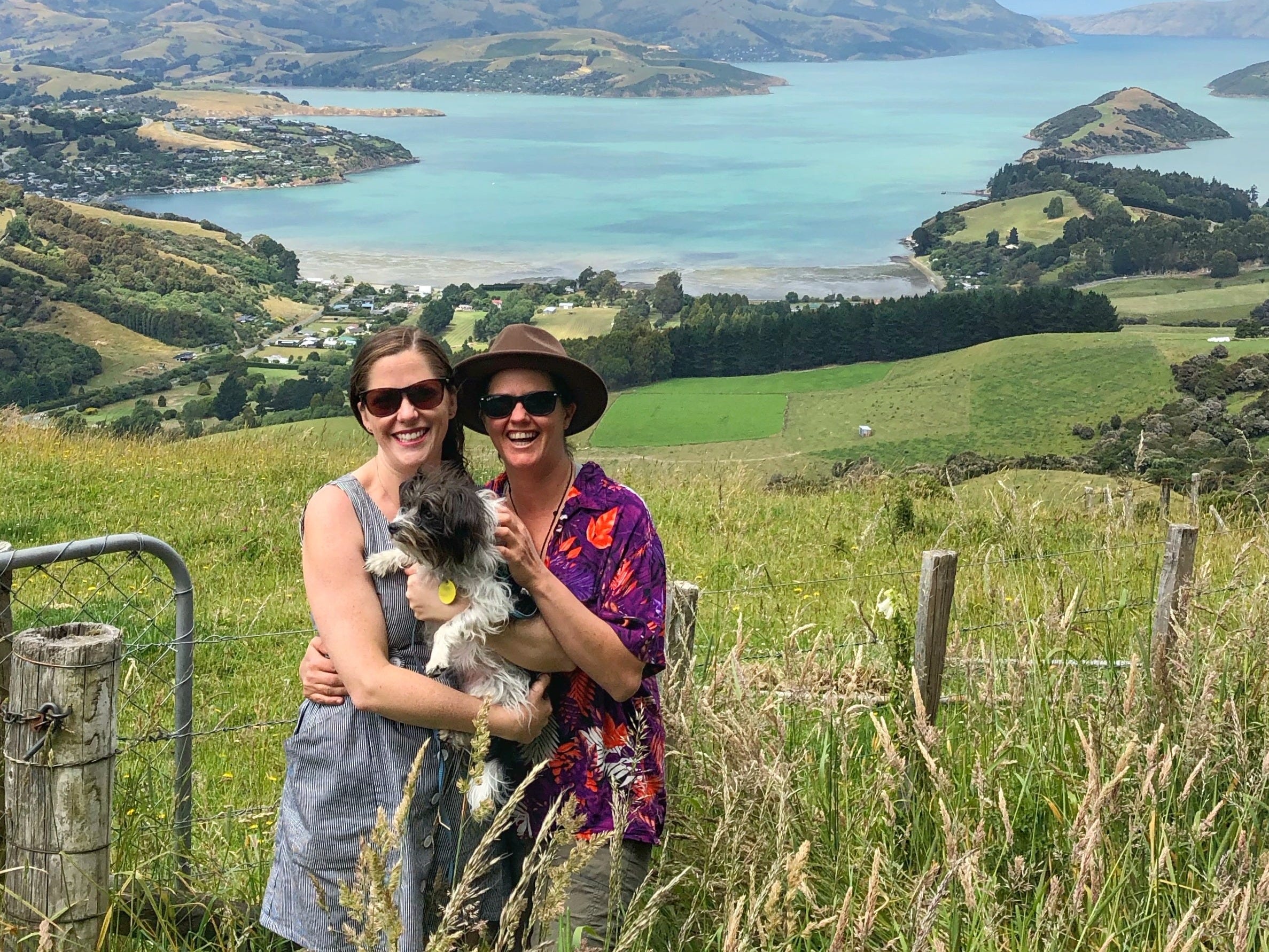 In 2018, my partner and I moved to New Zealand with the full intention of doing all the things you do when you move to a new place: We were going to find an apartment, look for jobs, and buy furniture. Once we’d ticked those items off the list, any remaining energy would be devoted to making friends. The move was a chance for us to create a new life together; since she’s Australian and I’m Canadian, New Zealand was the one place we could both easily get visas to work and live.

But within days of arrival in Nelson, a small city on the South Island, it became clear the standard plan of attack wasn’t going to work.

Every day, I’d call to set up apartment viewings, only to learn the latest listings had already been snapped up. The city was in the midst of an affordable housing crisis, and every night we spent in an Airbnb cut into our tight budget. (The irony that vacation rentals were to blame for the lack of housing wasn’t lost on us.)

Desperate for an alternative, we signed up for Kiwi House Sitters, a site overflowing with homeowners looking for people to care for their pets and houses. An account cost 84 New Zealand dollars (approximately 51 US dollars), but we reasoned that if we found a place to stay for just one night, we’d make our money back. Our net cast wide, we start applying for house sits across the South Island.

As it turns out, we were in high demand. As someone who works from home, I can keep someone’s pets company during the day. Being in our mid-30s also worked to our advantage: We’re young enough to wrangle energetic dogs, but not so young that we’re perceived as liable to throw parties.

Within two weeks, we’d booked back-to-back house sits for the entire year. We would be sleeping in strangers’ beds, cuddling their pets, and essentially living their lives as our own. What was meant to be a temporary solution had turned into our permanent living arrangement. 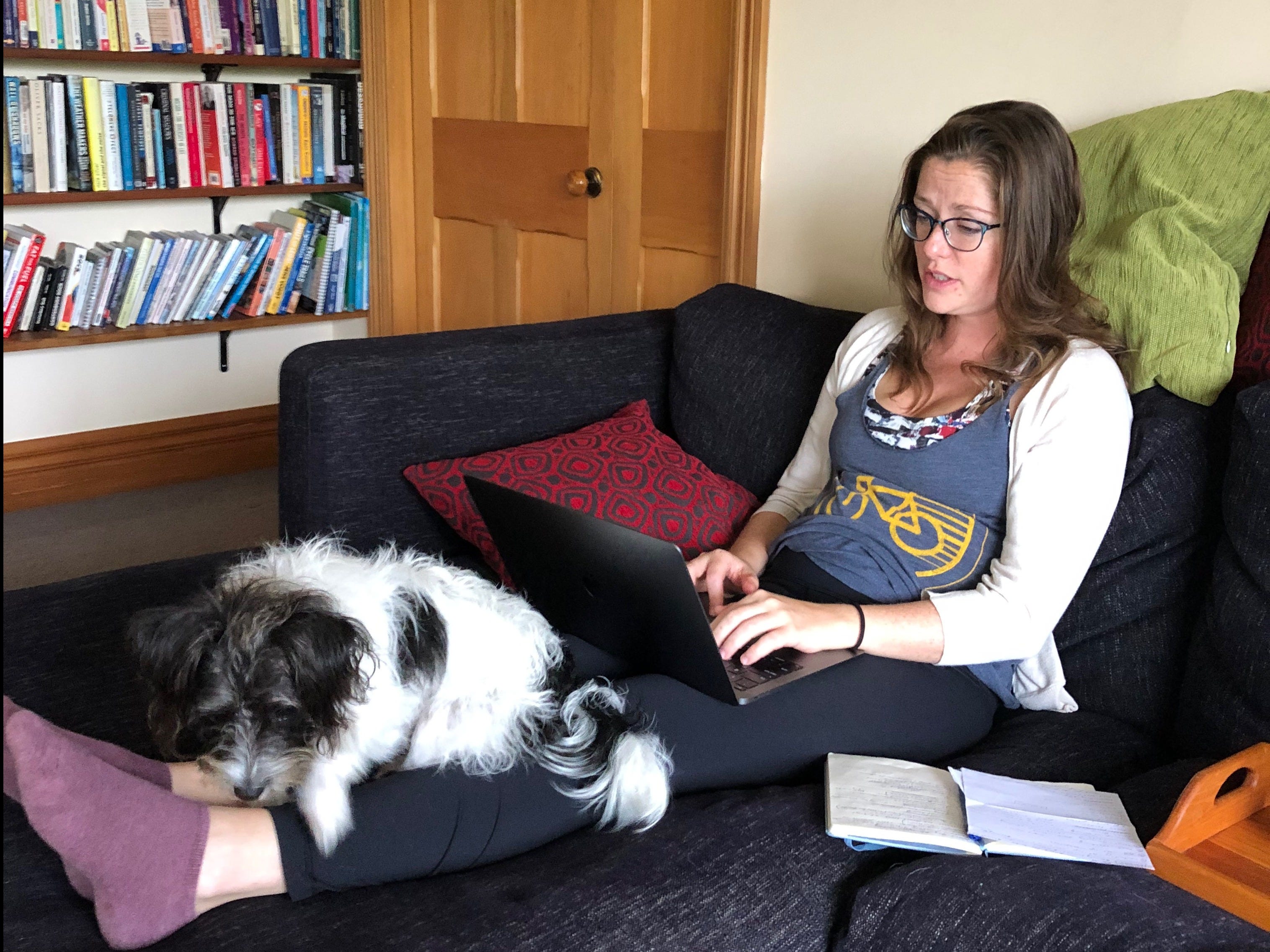 Courtesy of Jessica Wynne LockhartLockhart is able to do her work remotely, which makes the house-sitting life possible.

Our first house sit was a brick bungalow just outside Christchurch. That’s where we learned lesson No. 1 of house sitting: Homeowners are more likely to describe their aspirational lives rather than their actual routines. (These are the same people who style their hair before going to the salon, or tidy before the house cleaner arrives.) The easy-to-start lawnmower? Get friendly with the neighbours, because you’ll have to borrow theirs. The barbecue out back? The gas tank is empty. Anyone who tells you they don’t sleep with their 80-pound dog? They’re lying. 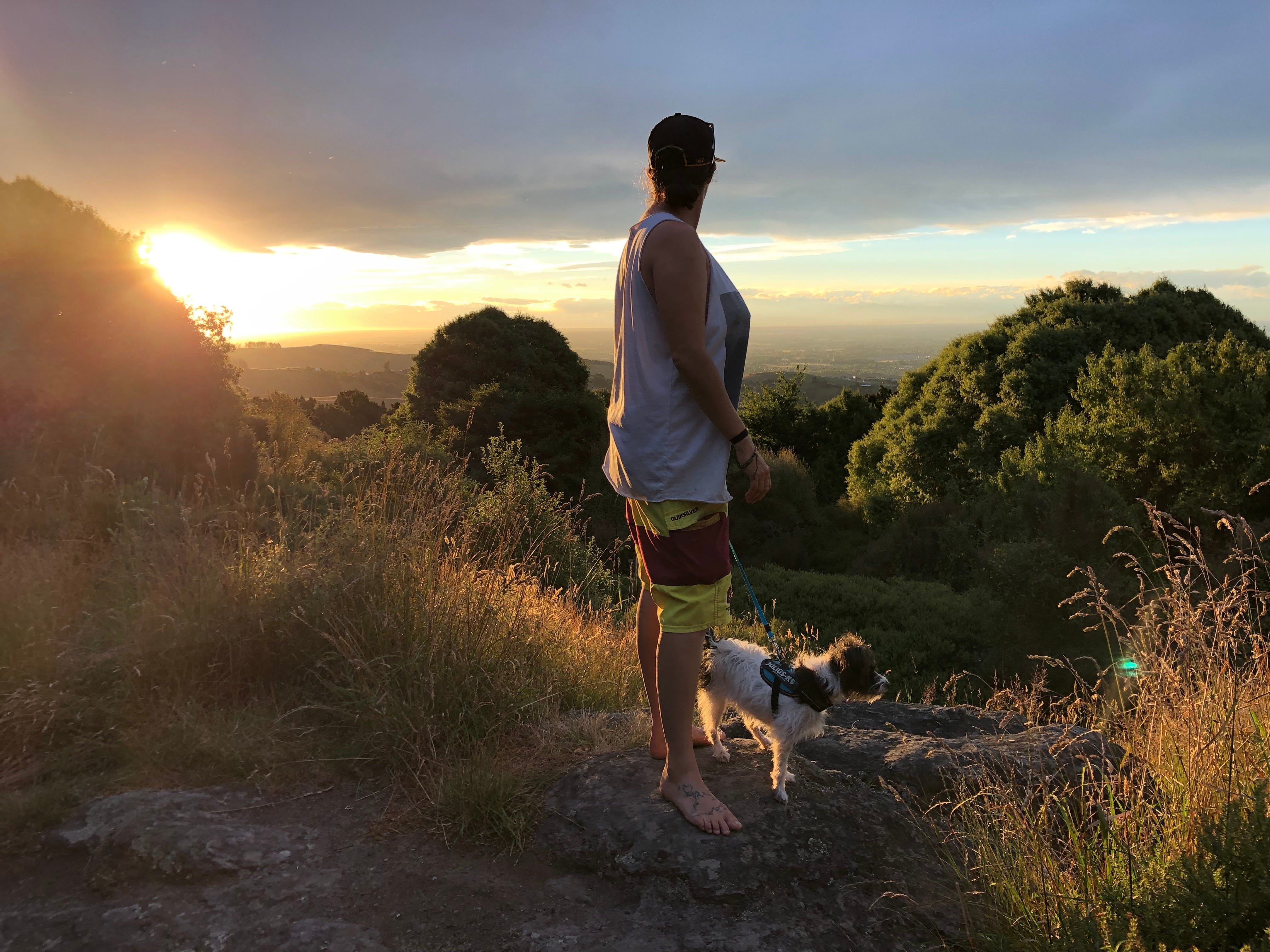 Then there are the more practical realities. Moving every three to six weeks is draining. It also makes finding a job difficult; while I’ve worked remotely for years, my partner had to find an employer who was willing to let her do the same. You’d be surprised by how often you’re asked for a mailing address until the moment you don’t have one. (Homeowners are constantly forwarding us mail that arrives the moment we leave.) As for a social life? It’s hard enough to make new friends in your 30s; it’s impossible when you move constantly.

It was lonely at times, but we convinced ourselves the trade-off was worth it. On my modest salary, I managed to pay off 20,000 Canadian dollars (about $US14,000) in debt in a year. It was also a chance to play Goldilocks, trying on different places for size: We lived everywhere from an off-grid tiny house in Waikari (population: 379), to a modern build in Christchurch. Our neighbours included vineyards, sheep stations, and even a fortified compound that once housed a cult.

Early in 2020, we landed our dream house sit: For seven months, we’d be living in Christchurch’s desirable Sumner neighbourhood. Since the homeowners didn’t have pets, our only responsibility would be to take care of the expansive gardens, which rolled down towards the ocean. Courtesy of Jessica Wynne LockhartLockhart at one of the couple’s house sits in Christchurch.

Then came COVID-19. Two days before the house sit was meant to start, the homeowners cancelled their trip abroad. My freelance income had started to dry up, so we weren’t in the position to sign a lease. New Zealand was on the brink of one of the strictest lockdowns in the world and we had nowhere to live, let alone self-isolate.

I was on a work trip when I got the news. Sitting alone in my hotel room, tears streaming down my face, I let the situation sink in. Suddenly, I understood what had been at stake when we adopted our unconventional living arrangement.

“Who can we even ask for help? We don’t know anyone,” I thought miserably. “We only know cats and dogs.” 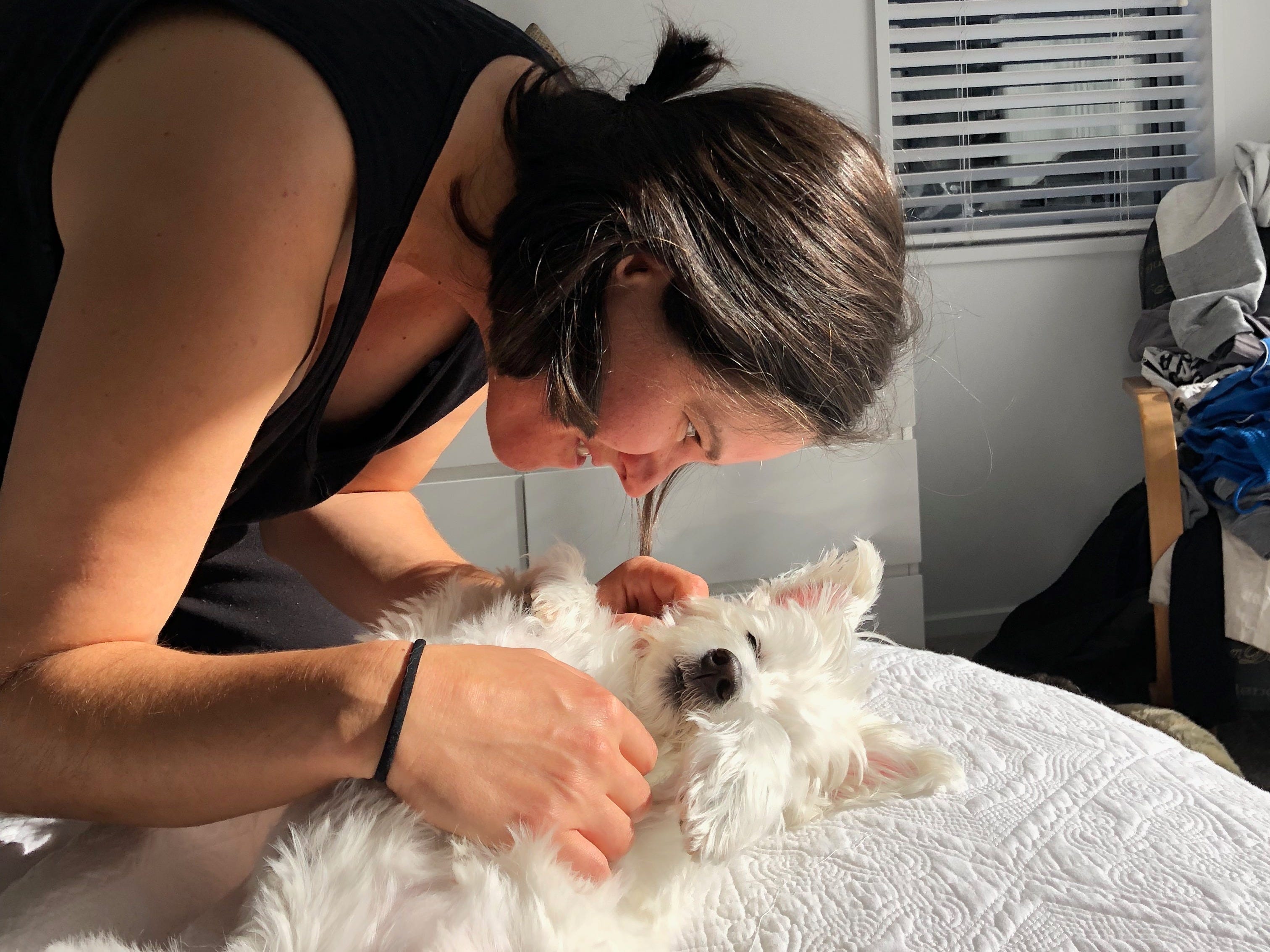 Courtesy of Jessica Wynne LockhartLockhart’s partner Keilie with Bonnie the dog in Christchurch.

That’s when I realised that we did know people. Quite a few, actually, and all over New Zealand. Within an hour, we had a place to stay – one of the families that we’ve house sat for on multiple occasions offered up the granny flat on their property.

Rule No. 2 of house sitting? It’s more than just a system based on trust – it’s a community built on generosity. 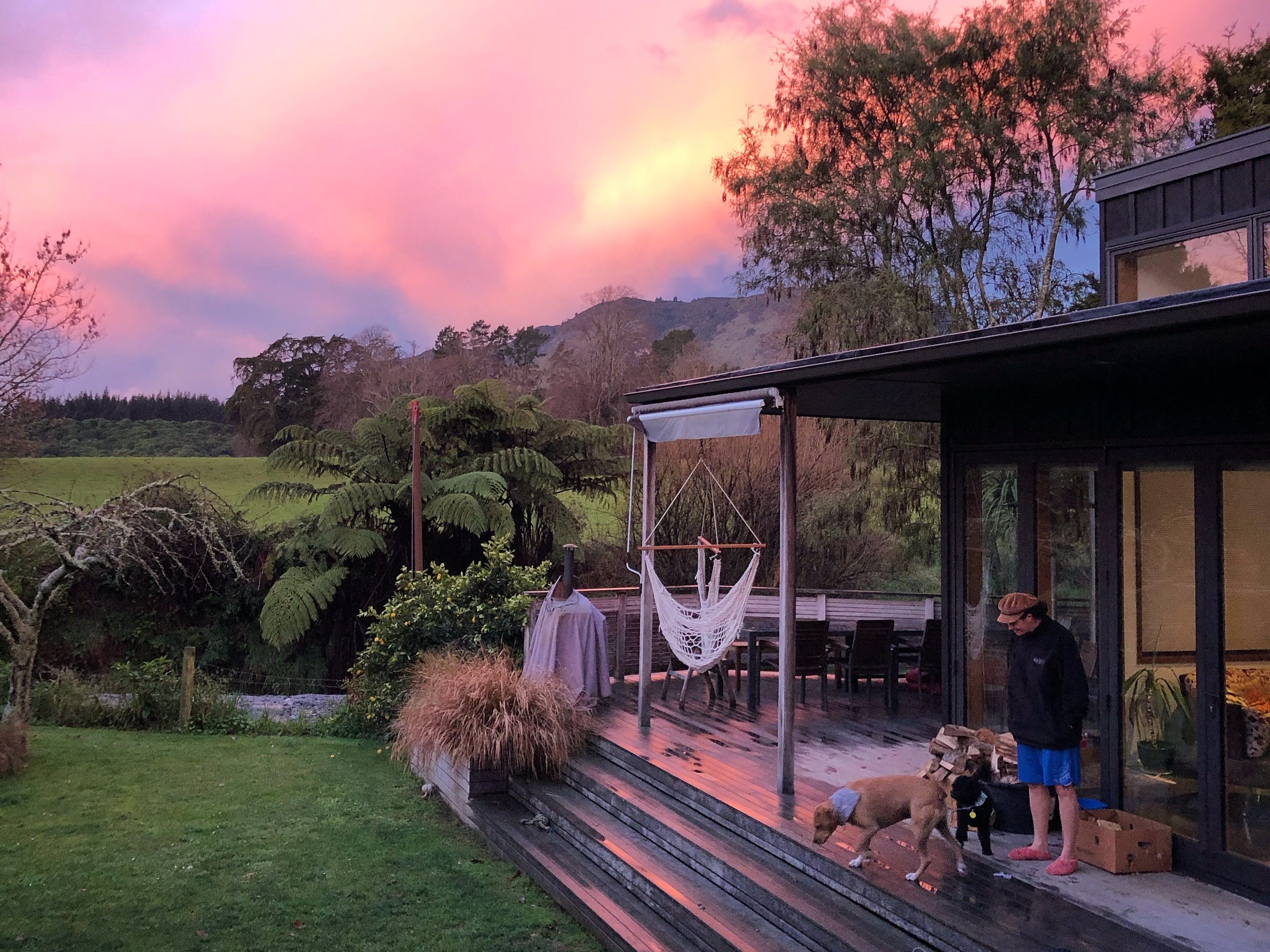 That was two months ago. Lured by access to a full kitchen (we needed an oven to bake all the bread this pandemic demanded), we’re now living in another family’s holiday home in Christchurch. Paying rent after living bill-free for years isn’t my favourite activity, but it’s not forever. As of May 14, Kiwis are once again able to travel domestically, and the postings for house sitters have already started popping up.

Sure, we may have failed at finding an apartment, acquiring furniture, and all the other hallmarks of “adult” life. Yet, despite it all, we’ve managed to find an unlikely community and half a dozen places that we can call home.