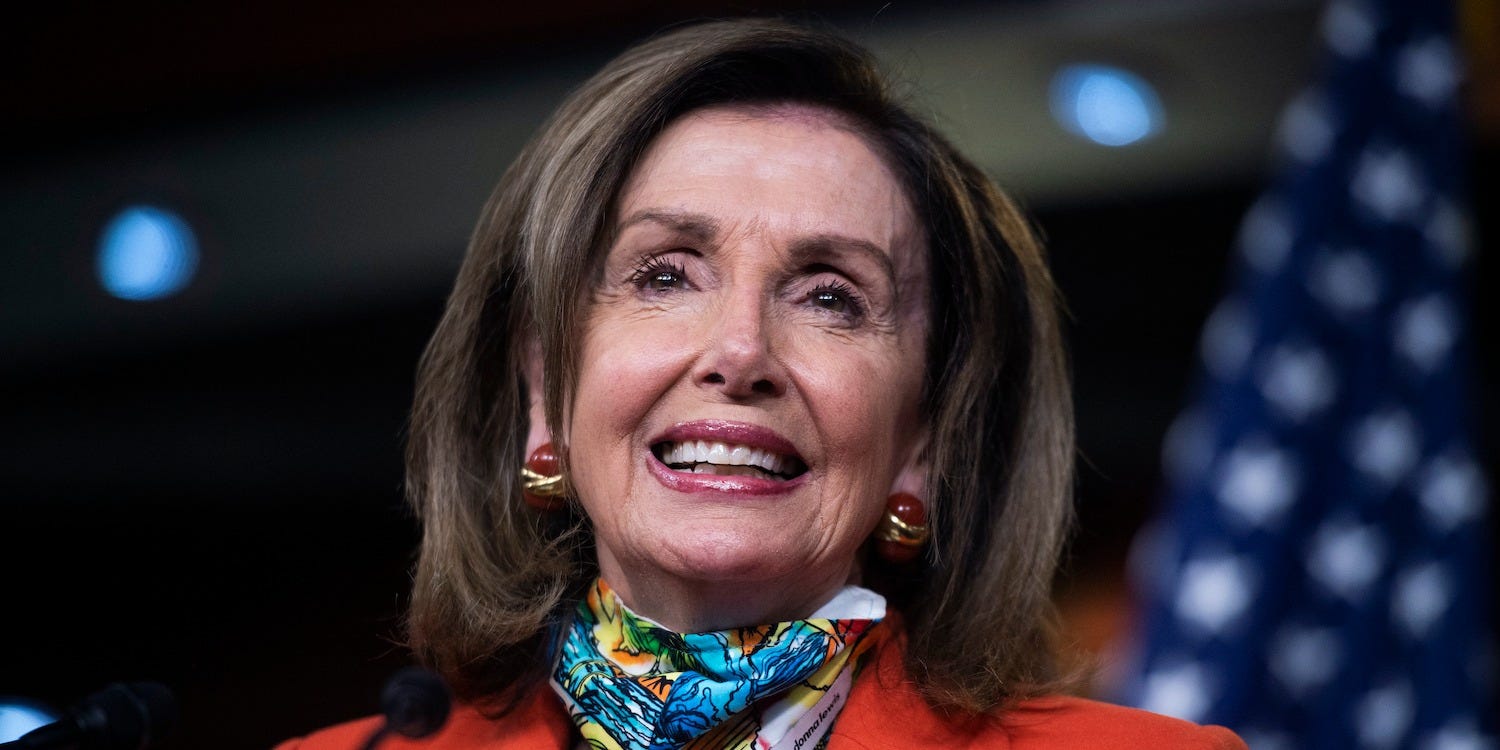 House Democrats on Thursday passed a $US2.2 trillion coronavirus bill that would send aid to individuals, businesses, and states, advancing legislation that has little chance becoming law because of staunch Republican opposition in the Senate.

The bill passed by a largely party-line vote of 214-207. The margin was slim, with 18 centrist Democrats voting against it since they objected to the lack of GOP votes. It’s been five months since the House approved a $US3.4 trillion virus aid plan that the Senate never took up.

House Speaker Nancy Pelosi said on the House floor that the government rescue package prioritised average Americans and would keep them afloat during the pandemic.

“This is not just a money debate and a language debate â€” it’s a values debate,” she said. “It’s important for people to know what this fight is about. The people have needs, and we have to meet them.”

The Democratic legislation contains a second round of $US1,200 direct payments to taxpayers and a revival of the $US600 in weekly federal unemployment benefits that expired in late July. It also included significant aid to cash-strapped state and local governments, as well as small businesses.

Republicans assailed the bill and argued it contained partisan measures undercutting its chances of becoming law. Yet some Democrats were also critical.

Rep. Abigail Spanberger of Virginia, a moderate Democrat, voted against it and urged her party to consider an alternative proposal capable of drawing Republican support.

“My focus remains on working with Democrats and Republicans to get relief to my district immediately, and partisan gamesmanship will not do it,” she said in a statement.

The bill was passed as the fifth day of negotiations between Pelosi and Treasury Secretary Steven Mnuchin crept along with few signs of a breakthrough. Initial talks around a new bill to address the lingering economic effects of the coronavirus pandemic collapsed in August, but they restarted in earnest this week. Pelosi said they would continue even as the Democratic-led House approved the new bill.

But the speaker was noncommittal about striking a deal, per Capitol Hill pool reports on Thursday evening. “I don’t know. We’ll see, it just depends,” she said.

Pressure has risen on lawmakers to forge a bipartisan agreement before they adjourn next week until after the election. Millions of Americans are out of work and struggling to afford food and rent. And many economists have prodded Congress to authorise additional spending to bolster an economy undergoing a shaky recovery.

Mnuchin presented a $US1.6 trillion counteroffer, the White House said on Thursday. It included $US400 weekly federal unemployment benefits, direct payments, as well as aid to restaurants and small businesses. Democrats rebuffed it, with Pelosi calling it “not even a loaf,” in a Bloomberg TV interview.


Read more:
Democrats just passed a $US2.2 trillion stimulus after rejecting a White House counter-offer. Here’s what’s in the bill, including a $US600 boost to unemployment payments and an airline bailout.

The Democratic legislation is likely to be rejected in the GOP-controlled Senate. Senate Majority Leader Mitch McConnell derided it as “outlandish” on Wednesday. He was lukewarm on the prospect of a deal a day later.

“I’d like to see another rescue package â€” we’ve been trying for months to get there,” he said.

Many Republican senators balked at an earlier $US1 trillion relief plan introduced in late July, arguing it would swell the national debt. Democrats blocked a “skinny” $US650 billion package from the GOP last month, dismissing it as “emaciated” and inadequate.

The latest Democratic plan was unveiled after Pelosi faced pressure from moderate members to pass a slimmer version of the $US3.4 trillion spending package the House approved in May â€” Senate Republicans and the Trump administration dismissed it. The newest package tossed out hazard pay for essential workers and slashed the amount of money for state aid in half, mostly by reducing the length of time the federal money is allocated for.

State aid and unemployment benefits are major areas of friction between Republicans and Democrats, along with liability protections for businesses.

Another dispute is also emerging: expanding the child tax credit. That reduces the taxes owed by families with kids ages 17 and under. House Democrats are seeking to give people with children the option of receiving a modest monthly federal payment regardless of their income. But the Trump administration offered no funding for it in their plan.

Without further aid, experts say, the threat of another wave of layoffs or furloughs looms as businesses struggle to adjust to lower demand and grapple with revenue losses. Airlines and restaurants in particular have been calling for another infusion of federal money.

Disney on Tuesday said it was laying off 28,000 workers from its resorts, which is about 25% of the company’s US workforce. The largest chunk of the jobs are part time. American Airlines also announced it was moving ahead with plans to furlough 19,000 workers.