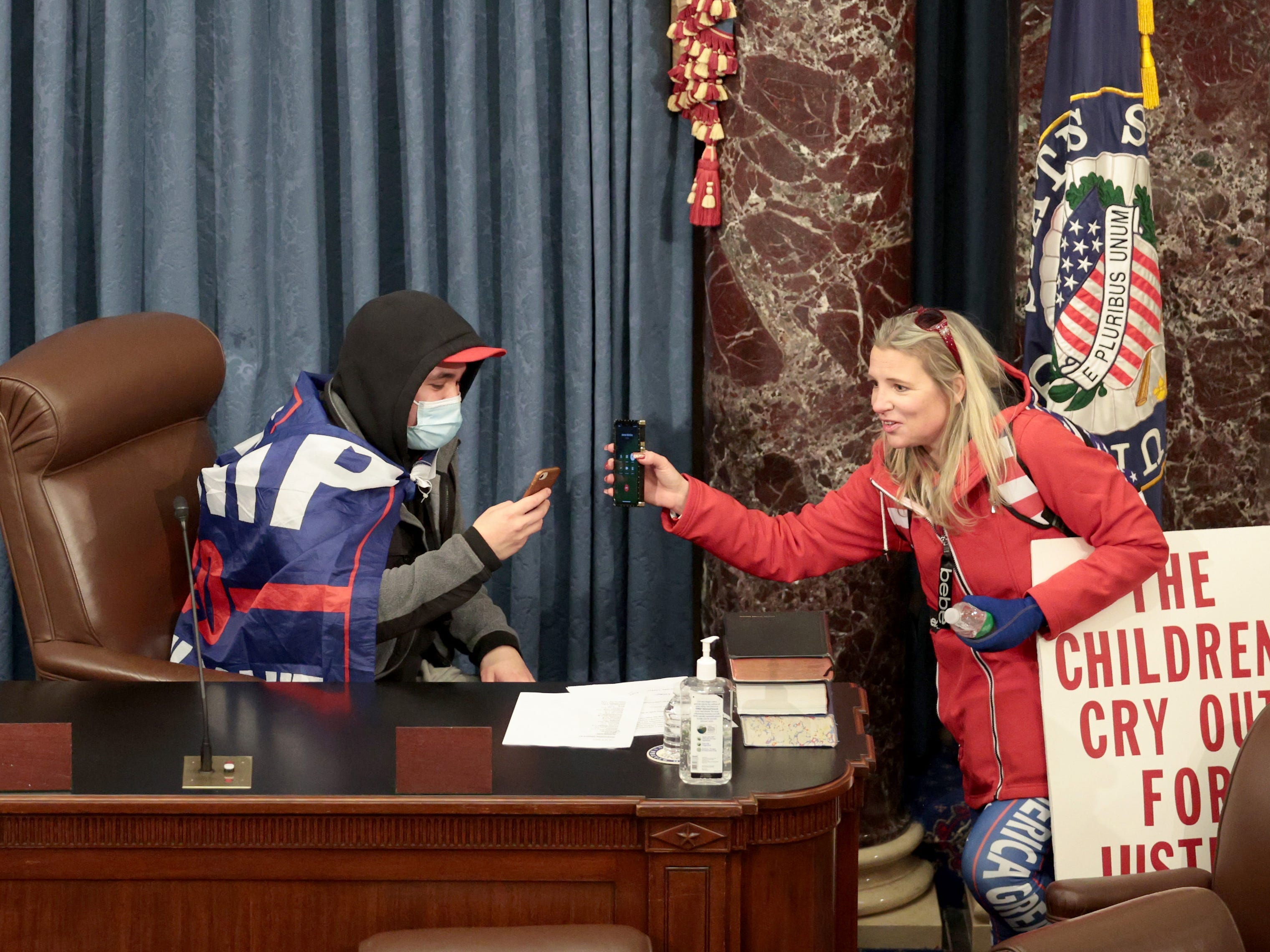 Several congressional Democrats have speculated that the January 6 breach of the US Capitol was aided by people on the inside.

Rep. Tim Ryan, the chairman of a House Appropriations subcommittee that oversees the Capitol Police, said in a briefing on Monday that more than a dozen Capitol Police officers were under investigation in connection to the riot.

But on Tuesday, Rep. Mikie Sherrill of New Jersey went further and released a 13-minute Facebook Live video in which she suggested that members of Congress were also complicit in the attack.

Sherill said she witnessed members of Congress escort people through the Capitol on January 5 and referred to it as “reconnaissance” for the January 6 insurrection.


‘I thought I was going to die’: Alexandria Ocasio-Cortez rips GOP lawmakers, shares experience during Capitol riot on Instagram Live

Sherill, a Navy veteran, described the tense minutes that she and other members of Congress spent sheltered inside the Capitol. She then told constituents she would vote in support of urging Vice President Mike Pence to invoke the 25th Amendment.

“Not only do I intend to see that the president is removed,” she said.

Security accused of being ‘complicit’

House Majority Whip James Clyburn of South Carolina told CBS News on Friday that he also believed the insurrectionists had help from people inside.

“They knew where to go,” he said, adding that he’d been told congressional staff members had reported seeing people “being allowed into the building through side doors.”

“Who opened those side doors for these protesters â€” or, I call them these mobsters â€” to come into the building, not through the main entrance where magnetometers are but through side doors,” he said. “Yes, somebody on the inside of those buildings were complicit in this.”

He also said that the office with his name on it wasn’t touched but that “the office where I do most of my work in, they were on that floor and outside that door,” suggesting the mob had inside knowledge of where Clyburn actually spent most of his time.

Clyburn told CBS there “were no security people on the steps” on the morning of the attack and that “they were all out in a place which I thought gave low security.”

He accused security forces of being “not just derelict” but “complicit.”

Clyburn declined to name other members of Congress who supported his theory, though Rep. Hank Johnson of Georgia appeared on “The Rashad Richey Morning Show” earlier this week and said he believed it was an “inside job.”

At least one person involved in the riot has claimed to have had help.

In a now-deleted Periscope video, Ali Alexander, a far-right leader of the Stop the Steal movement, said he had teamed up with Republican Reps. Paul Gosar and Andy Biggs of Arizona and Rep. Mo Brooks of Alabama to put “maximum pressure on Congress while they were voting.”

A representative for Biggs told The New York Times: “Congressman Biggs is not aware of hearing of or meeting Mr. Alexander at any point â€” let alone working with him to organise some part of a planned protest on Jan. 6. He did not have any contact with protesters or rioters, nor did he ever encourage or foster the rally or protests on Jan. 6.”

Neither Gosar nor Brooks has responded for requests for comment on Alexander’s claims.

Brooks spoke at Trump’s “Save America” rally before the insurrection and told the crowd: “Today is the day American patriots start taking down names and kicking arse.”

Following the riots, Brooks called for participants to be “prosecuted to the fullest extent of the law,” but he also advanced the unproven theory that the mob included leftists disguised as Trump supporters.

The acting US attorney for the District of Columbia, Michael Sherwin, said Tuesday that an “unprecedented” investigation into the day’s events was being conducted, though he has not offered any evidence of coordination with people inside the Capitol.

He said his team of investigators was combing through evidence to determine the extent to which the assault was planned.

“I think people are going to be shocked with some of the egregious contact that happened within the Capitol,” Sherwin said.