A Florida bar pulled down $10,000 in single bills stuck to the wall so it could pay its 22 unemployed workers 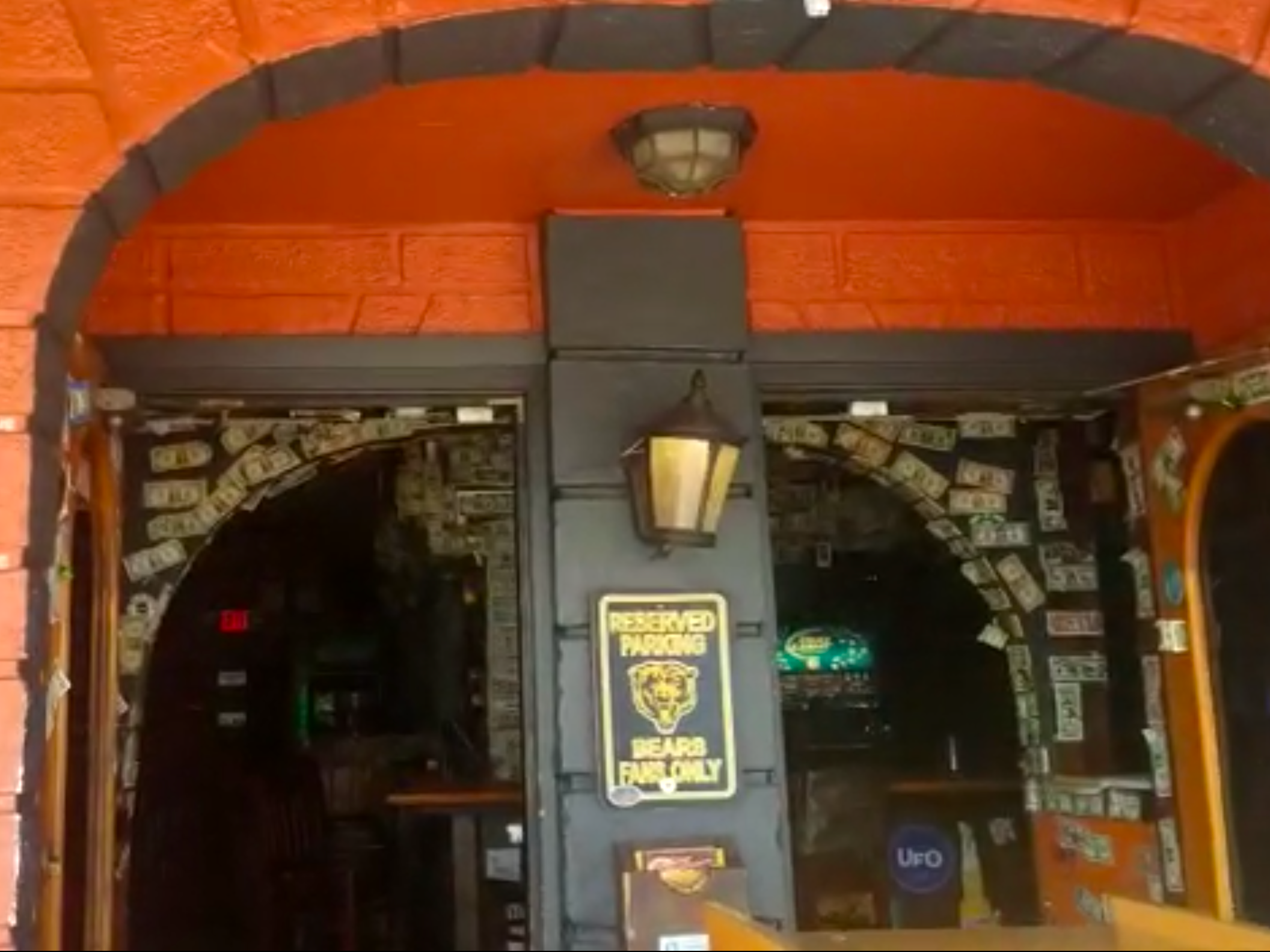 Normally, the walls of Hott Leggz are papered with thousands of dollar bills.

But customers coming in for takeout at the pub in Fort Lauderdale, Florida, are now greeted with the sight of a surprisingly sparse interior.

That’s because, as Phillip Valys first reported for the South Florida Sun Sentinel, that cash has been donated to 22 unemployed staff members.

“We always had an inside joke, ‘If anything goes bad, at least we have the money on the wall,'” co-owner Juliana Sodre told Business Insider. “This is the worst case scenario.”

Sodre said that they have retrieved just a little over $US10,000 from the walls, although about $US100 worth of bills were rejected by the bank due to damage.

According to the Sun Sentinel, Sodre and her team of volunteers have been carefully extracting the dollars since March 21. Sodre told Business Insider that the funds will be evenly distributed among the staff.

“For me, I feel that I’m responsible for 20 families. My success is the success of the 22 people that work for me – that’s how they make money, so my staff was the first thing that came to my mind when we were told to start shutting down,” Sodre said.

Sodre said that customers coming in for takeout have been taken aback by the empty walls – but, once they learn why the walls are bare, they have been incredibly supportive: “Most of them say I can’t wait to get back and put another dollar back on the wall.”

Customers and the community have also been stepping up to support the bar, and Sodre has set up an online fundraiser.

“We have people that will call in, and just contribute to the restaurant and to the staff,” Sodre said. “They will just call in, give us their credit card number, and say, ‘Put $US100 on my card for the restaurant.'”

Hott Leggz isn’t the first restaurant to excavate money from the walls. Insider’s Haven Orecchio-Egresitz reported that a Georgia bar, the Sand Bar, recently took almost $US4,000 off its walls and donated it to unemployed staffers.

“It’s important for us to take care of our employees,” Ky Novak, co-owner of Hott Leggz, told the Sun Sentinel. “At the end of the day, it’s not life-changing money, but it can get them through the next week or two.”

Sodre said that the clean walls will help staff beyond just the dollar bills. The bar has set up a contest for customers to guess how many dollar bills they will ultimately retrieve; entry costs $US1, and the winner will get a $US100 gift card to Hott Leggz. The contest has already raised almost $US500 more for staff.

The service industry has been devastated by the coronavirus pandemic. Business Insider’s Kate Taylor reported that, in the first 22 days of March, restaurants lost three million jobs and $US25 billion in sales. As Business Insider’s Jessica Snouwaert reported, restaurant employees and owners across the country have turned to crowdfunding websites to raise thousands for laid-off workers.