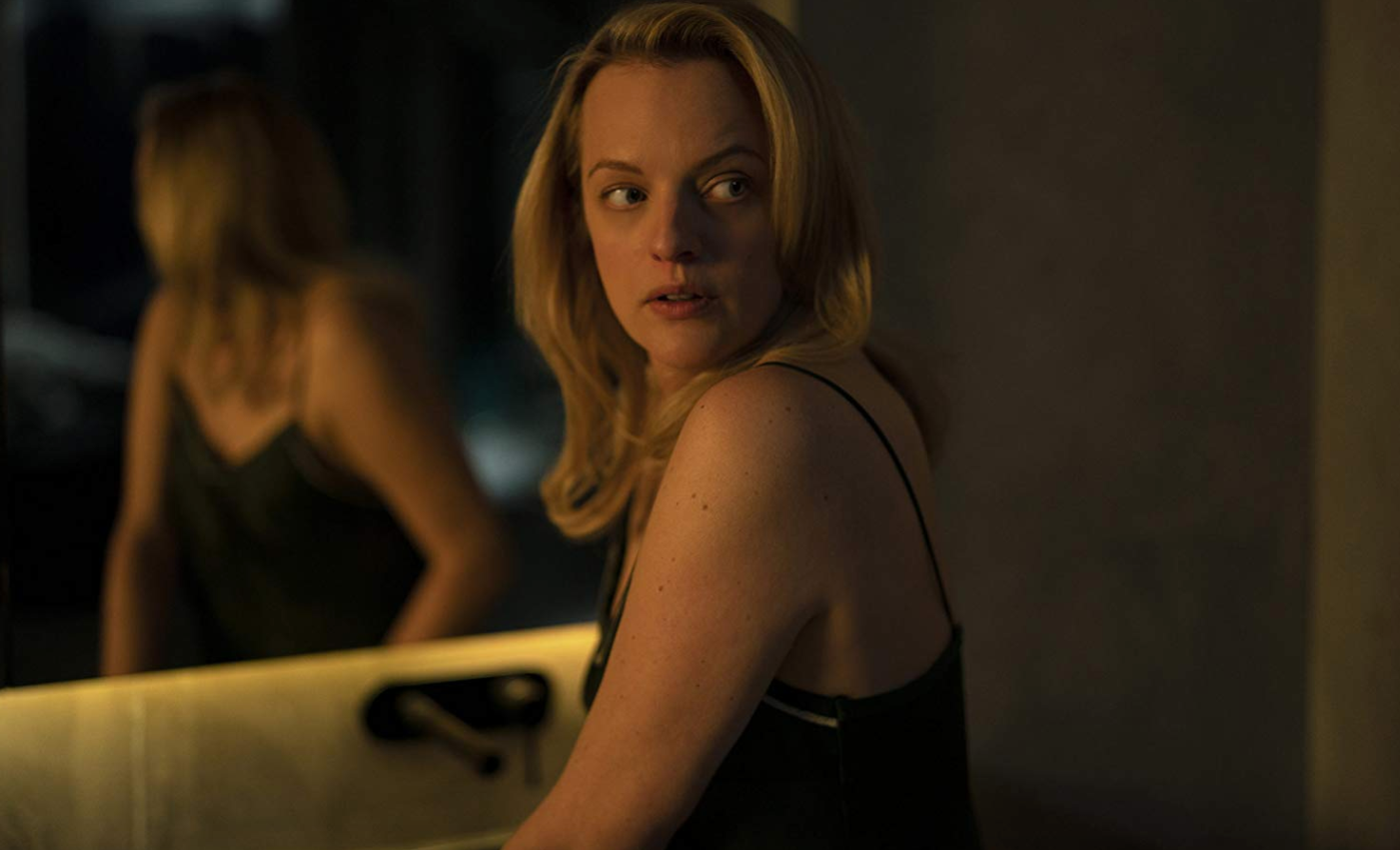 UniversalElisabeth Moss in ‘The Invisible Man’

The horror genre is one of the most dependable genres at the box office, but it got off to a rough start this year.

Disappointments like “The Turning” ($US18 million worldwide so far) and “Brahms: The Boy II” ($US16 million so far) didn’t excite audiences, but 2020 finally got its first horror hit over the weekend with “The Invisible Man.”

The movie earned $US29 million domestically and $US49 million globally in its debut off of a $US7 million production budget. The modern update on the classic tale is the first monster movie from Blumhouse – the production company that specialises in low-budget horror movies – in its partnership with Universal Pictures, which has a first-look deal with it.

The movie has also revived the box-office prospects for horror movies this year. Beyond “The Invisible Man” are expected hits, from anticipated sequels like “A Quiet Place Part II” and “Halloween Kills” to a reboot of the horror classic “Candyman.”

Below are six horror movies coming to theatres this year that could set the genre on a hot streak: 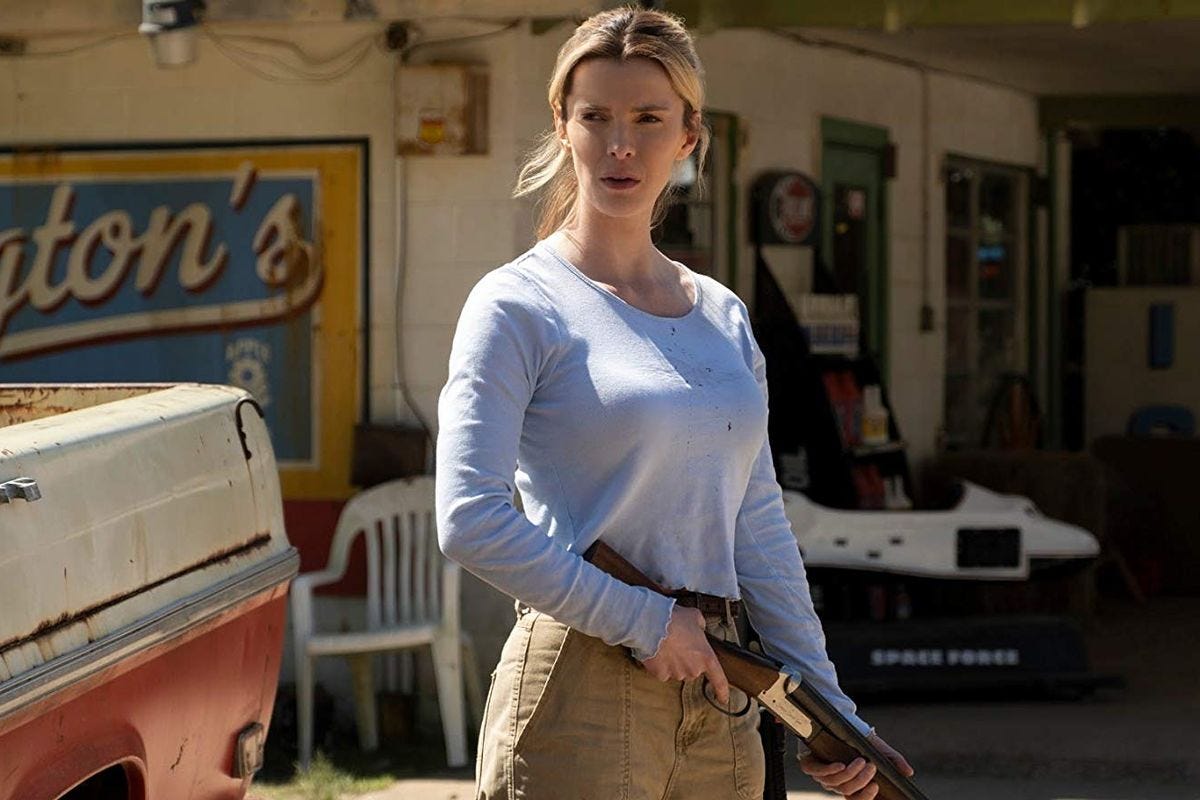 UniversalBetty Gilpin in ‘The Hunt’

Universal and Blumhouse’s “The Hunt” was originally scheduled for release in September, but was postponed following the August mass shootings in El Paso, Texas and Dayton, Ohio. Universal announced last month that the movie would be released on March 13 (yes, Friday the 13th).

Before it was even postponed the movie had caused a stir among conservatives for seemingly featuring liberal elites hunting “deplorables.” Business Insider’s Jason Guerrasio saw the movie and wrote that while it’s a “twisted, violent satire,” that’s not what the movie is about.

Universal is using the controversy to its advantage, though. The movie’s poster features the slogan: “The most talked about movie of the year is one that no one’s actually seen. Decide for yourself.” With the conversation surrounding the movie and a modest budget at $US14 million, Blumhouse could soon have another hit on its hands. 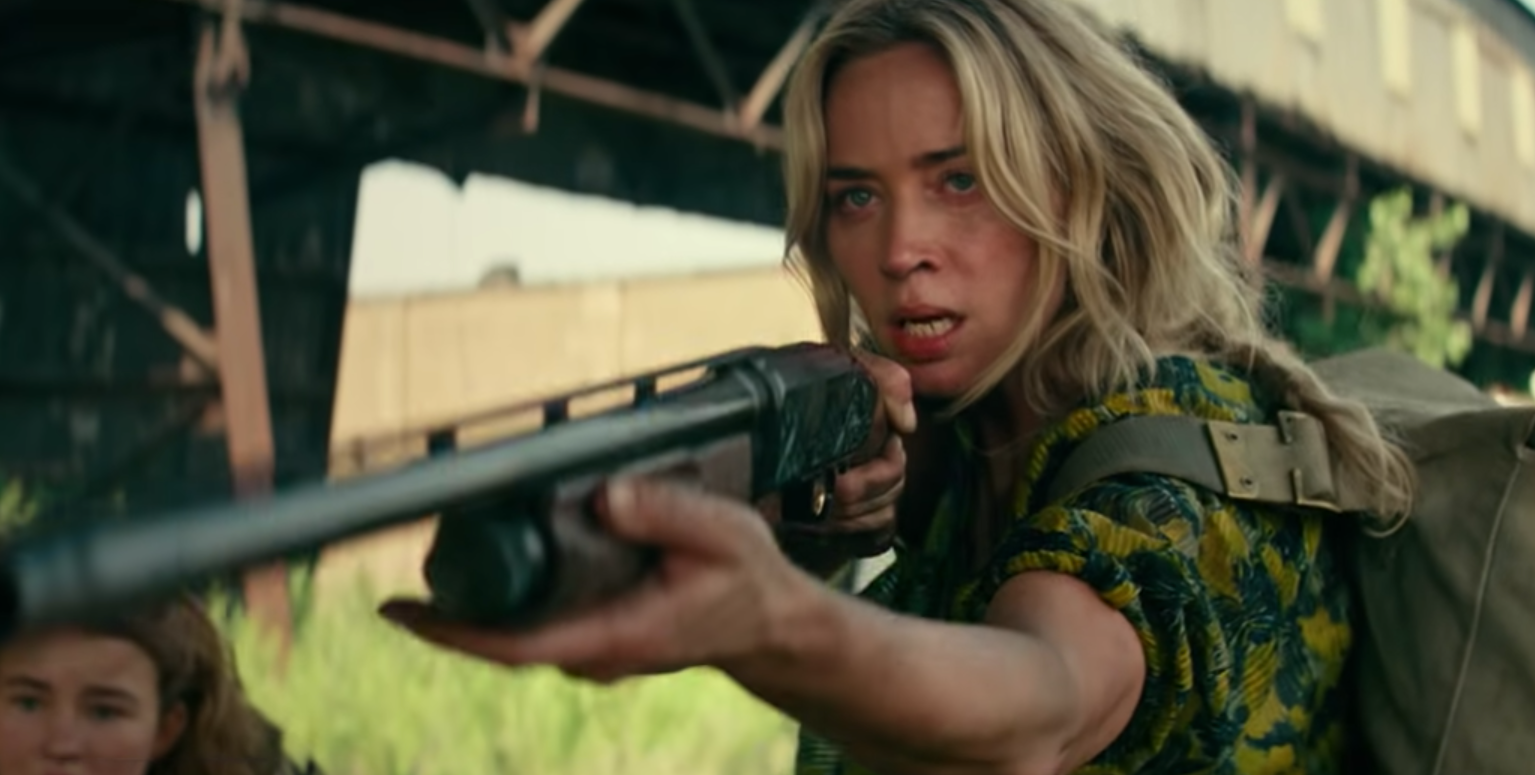 “A Quiet Place,” which follows a family fighting to survive against monsters that hunt by sound, was one of the biggest box-office surprises of 2018. It raked in $US340 million off of a $US17 million production budget. So it wasn’t shocking when Paramount quickly greenlit a sequel, in which star Emily Blunt has returned along with director John Krasinski.

In its long-range forecast last month, Boxoffice.com projected “A Quiet Place Part II” to make $US72 million domestically in its opening weekend, which would be more than the $US50 million debut of the first movie.

“A Quiet Place Part II” comes at a time when Paramount, which has struggled at the box office in recent years, is desperate for franchises. Fortunately, the movie also comes soon after the studio’s “Sonic the Hedgehog” movie premiered to impressive numbers. 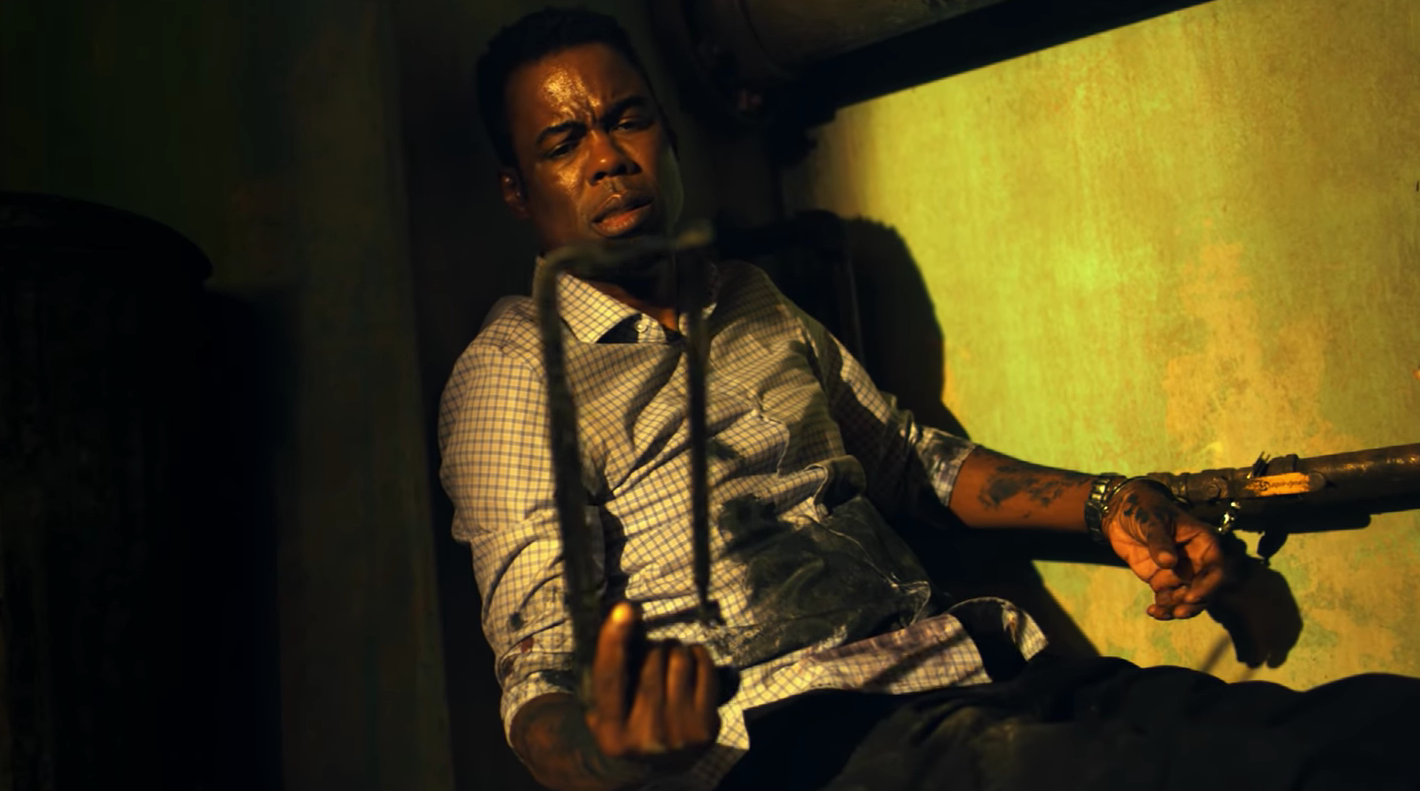 After “Saw: The Final Chapter” in 2010, Lionsgate attempted to revive the franchise with an eighth movie, “Jigsaw,” in 2017 to decent results. It made $US103 million worldwide off of a $US10 million production budget. But “Spiral” will offer an entirely new take on the series, based on an original story by Rock that is sure to intrigue both fans of the long-running horror franchise and general moviegoers.

The original “Candyman” in 1992, about a murderous spirit that can be summoned by saying his name five times in a mirror, is a cult horror classic. Director Nia DaCosta and executive producer Jordan Peele are bringing it back with this modern reboot/sequel starring up-and-comer Yahya Abdul-Mateen II (“Aquaman” and “Watchmen”).

Peele’s name attached to the movie will likely be a point of interest for younger, diverse audiences. The director of “Get Out” and “Us” has developed a recognisable horror brand that will serve the movie well, even if he’s not the director. Both of his movies were hits and each made more than $US255 million worldwide off of low budgets.

“The Conjuring: The Devil Made Me Do It” — September 11 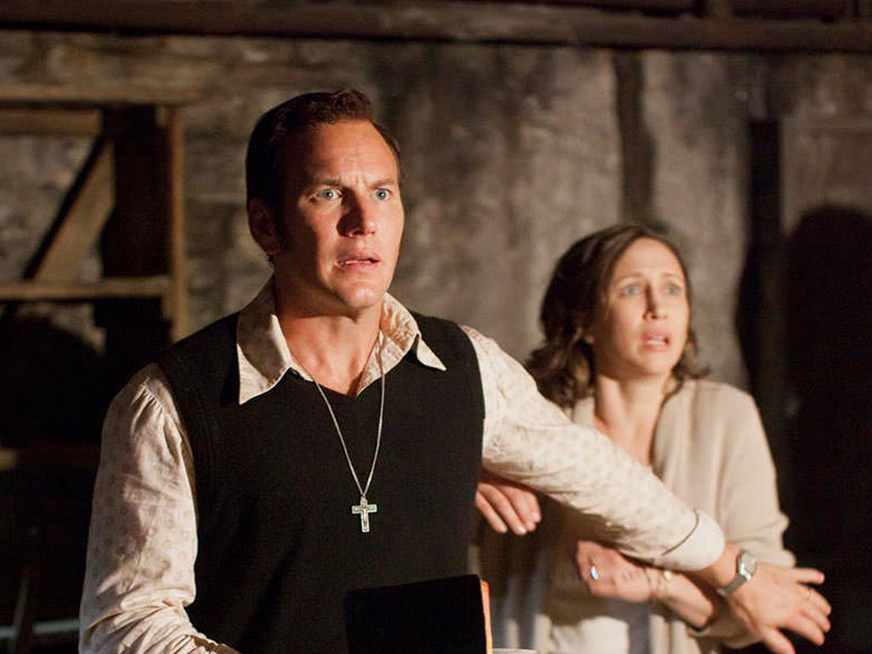 Warner Bros.Patrick Wilson and Vera Farmiga in ‘The Conjuring’

The first “Conjuring” in 2013 made $US320 million globally off of a $US20 million production budget. 2016’s “The Conjuring 2” grossed the same amount worldwide, but with double the budget. The bottom line is that audiences love the “Conjuring” series, including its spin-offs like “The Nun,” and there’s no reason to believe that won’t be the case for the third entry.

The biggest hurdle the movie is facing might be that James Wan, who directed the first two, is not returning as director. It’s instead directed by Michael Chaves, who helmed the “Conjuring” spin-off “The Curse of la Llorona.” Still, the title alone will probably be enough to inspire interest. 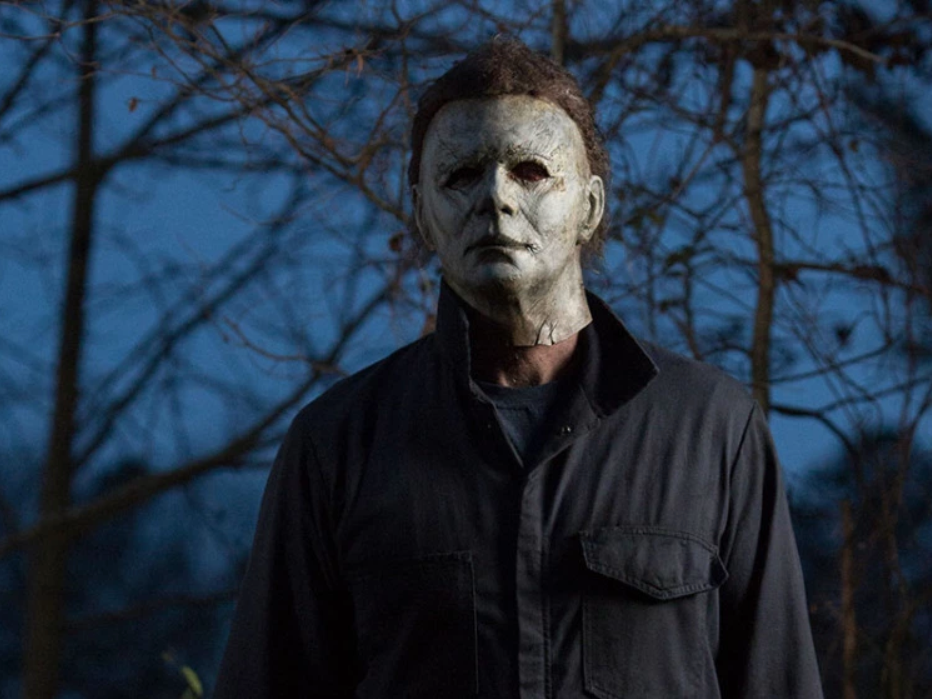 The 2018 “Halloween” reboot $US255 million worldwide and was produced for $US10 million. The production company behind it? Blumhouse, of course.

Its sequel, “Halloween Kills,” will attempt to replicate the magic of that movie with returning director David Gordon Green and star Jamie Lee Curtis. Blumhouse has so much confidence in its new “Halloween” movies that another sequel, “Halloween Ends,” is already set for release next year.