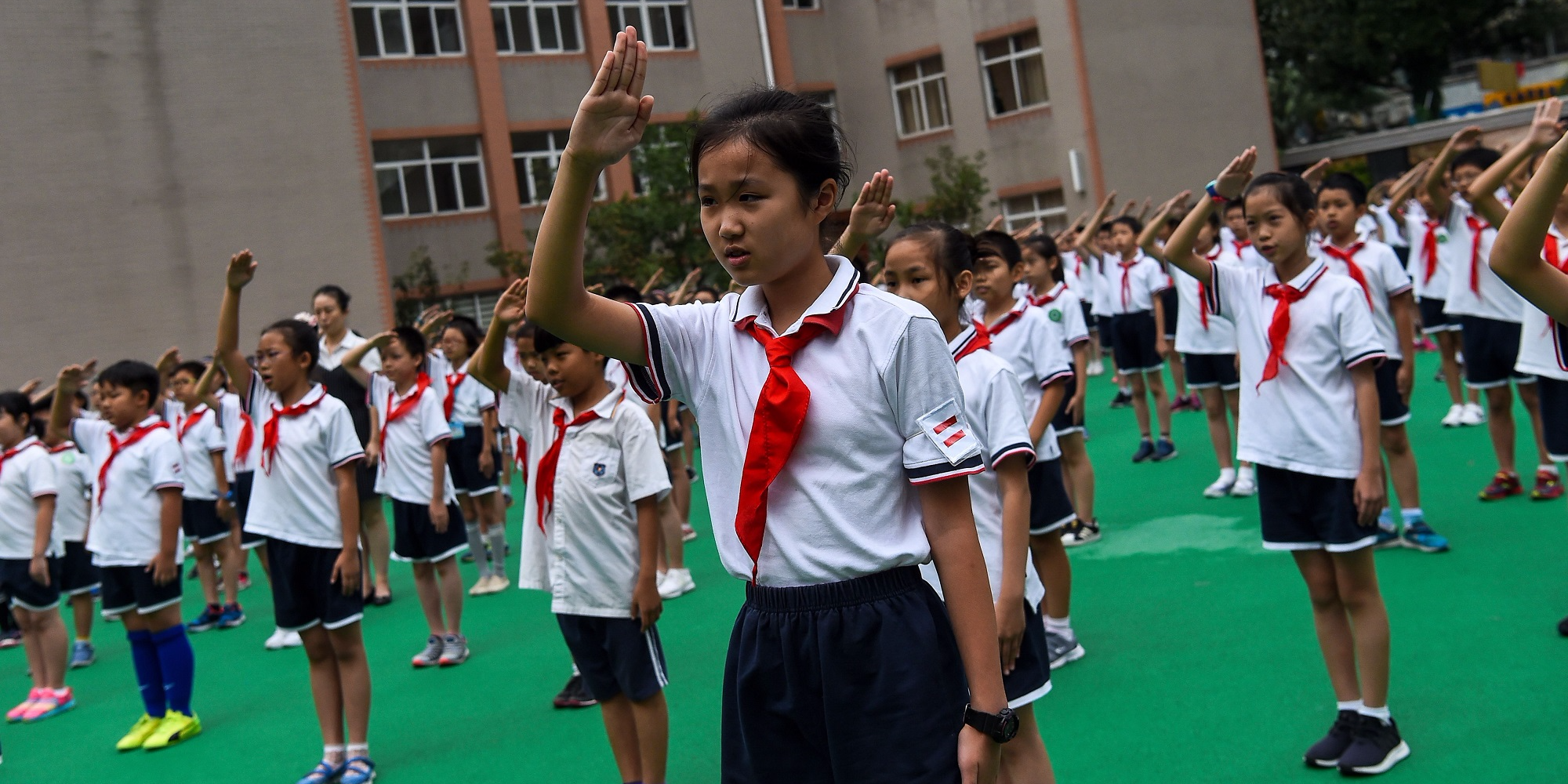 CHANDAN KHANNA/AFP/Getty ImagesStudents sing the national anthem in the playground during the flag-hoisting ceremony at their school in Shanghai., September 27, 2017.

Hong Kong’s Education Bureau introduced new guidelines on Thursday calling for all elementary and middle schools in the semi-autonomous Chinese city to follow new legislation that came into effect on June 12.

The legislation, called the “National Anthem Ordinance,” states that anyone who insults or commercially misuses China’s national anthem – March of the Volunteers – can be punished with fines of up to HK$50,000 (around $US6,400), or up to three years in prison.

The bill sparked controversy when it was first drafted last year, though ultimately it passed through Hong Kong’s legislature by a vote of 41 votes in favour and one against. Mainland China already has similar laws in place.

According to the new guidelines, the Chinese national anthem must be sung during celebrations in honour of New Year’s Day, the anniversary of the city’s handover to China on July 1, and the National Day on October 1. Schools are also “strongly advised” to do so on “important days and special occasions” like open days and graduation ceremonies.

“This is part of moral, civic, and national education, and helps enhance students’ sense of national identity,” an Education Bureau spokesperson said in a statement announcing the new guidelines.

Schools have also been told to investigate incidences where students or teachers are found to have disrespected China’s national anthem and should call the police if necessary, according to the South China Morning Post.

While Hong Kong operates under “one country, two systems” and has more autonomy than the rest of the country, recent legislation from Beijing has sought to erode this status, prompting widespread dissent.