Hong Kong banned the Tiananmen Square vigil for the first time ever. Organisers say the government is exploiting the coronavirus to silence pro-democracy protesters. 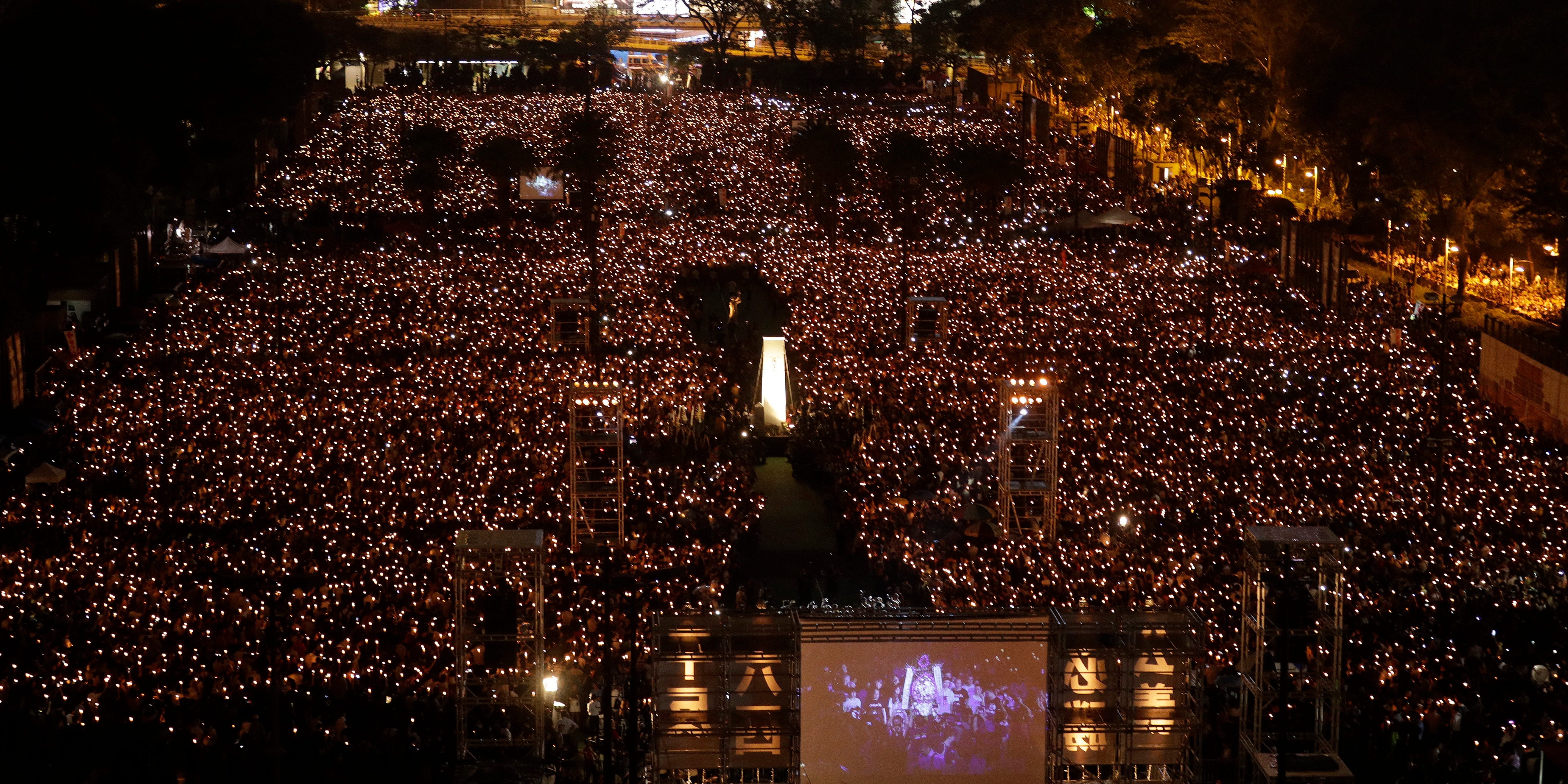 Kin CheungThousands attend a candlelight vigil at Victoria Park in Hong Kong for victims of the Chinese government’s brutal 1989 crackdown in Tiananmen Square, on Tuesday, June 4, 2019.

For the first time in 30 years, Hong Kong will not commemorate the Tiananmen Square massacre, a deadly crackdown on students demonstrating against the Chinese government in 1989.

On Monday, Hong Kong police released a letter that announcing a candlelight vigil would not go ahead on June 4 due to social distancing restrictions during the coronavirus pandemic, according to the Wall Street Journal.

The maximum number of people currently allowed to gather is eight.

The letter was directed to the Hong Kong Alliance in Support of Patriotic Democratic Movement of China, which organizes the annual commemoration. “Police believe that the event will not only increase participants’ chances of contracting the virus but also threaten citizens’ lives and health,” it read, according to the Hong Kong Free Press., “thus endangering public safety and affecting the rights of others.”

At a press conference Monday, Hong Kong Alliance chair Lee Cheuk-yan said the government was using the pandemic as a ruse to stop the vigil, according to the South China Morning Post. 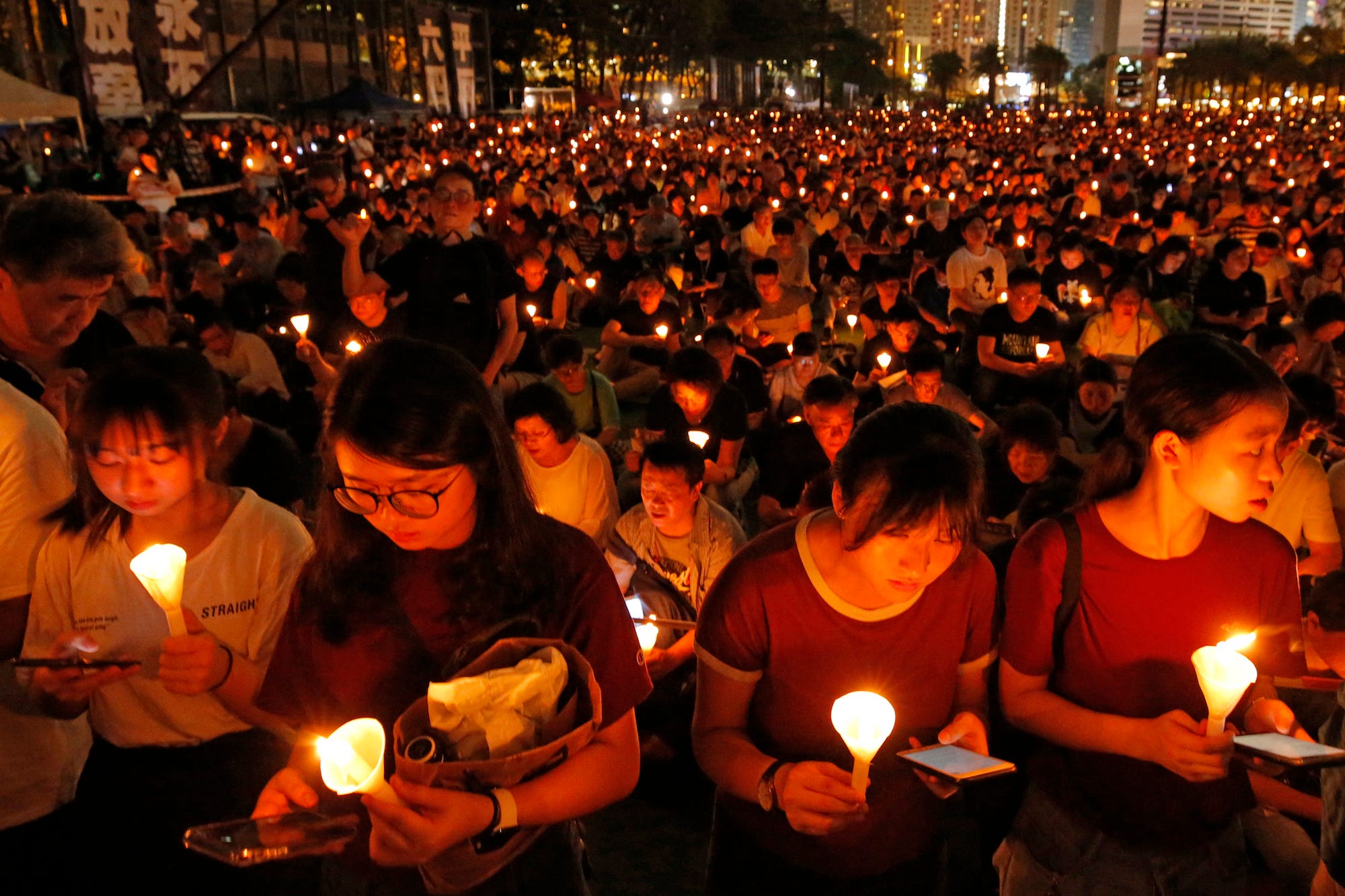 Kin Cheung/APHong Kong is the only region under Beijing’s jurisdiction that holds significant public commemorations of the 1989 crackdown and memorials for its victims.

“We believe this is totally unreasonable and unscientific, because everything is normal in Hong Kong. They are just using this excuse to suppress our rally,” he said.

Every year since 1990, tens of thousands of people have attended the candlelight vigil in Victoria Park, demanding justice for the massacre victims and protesting China’s one-party rule. Last year more than 100,000 people gathered.

Nowhere else in China are such vigils allowed. 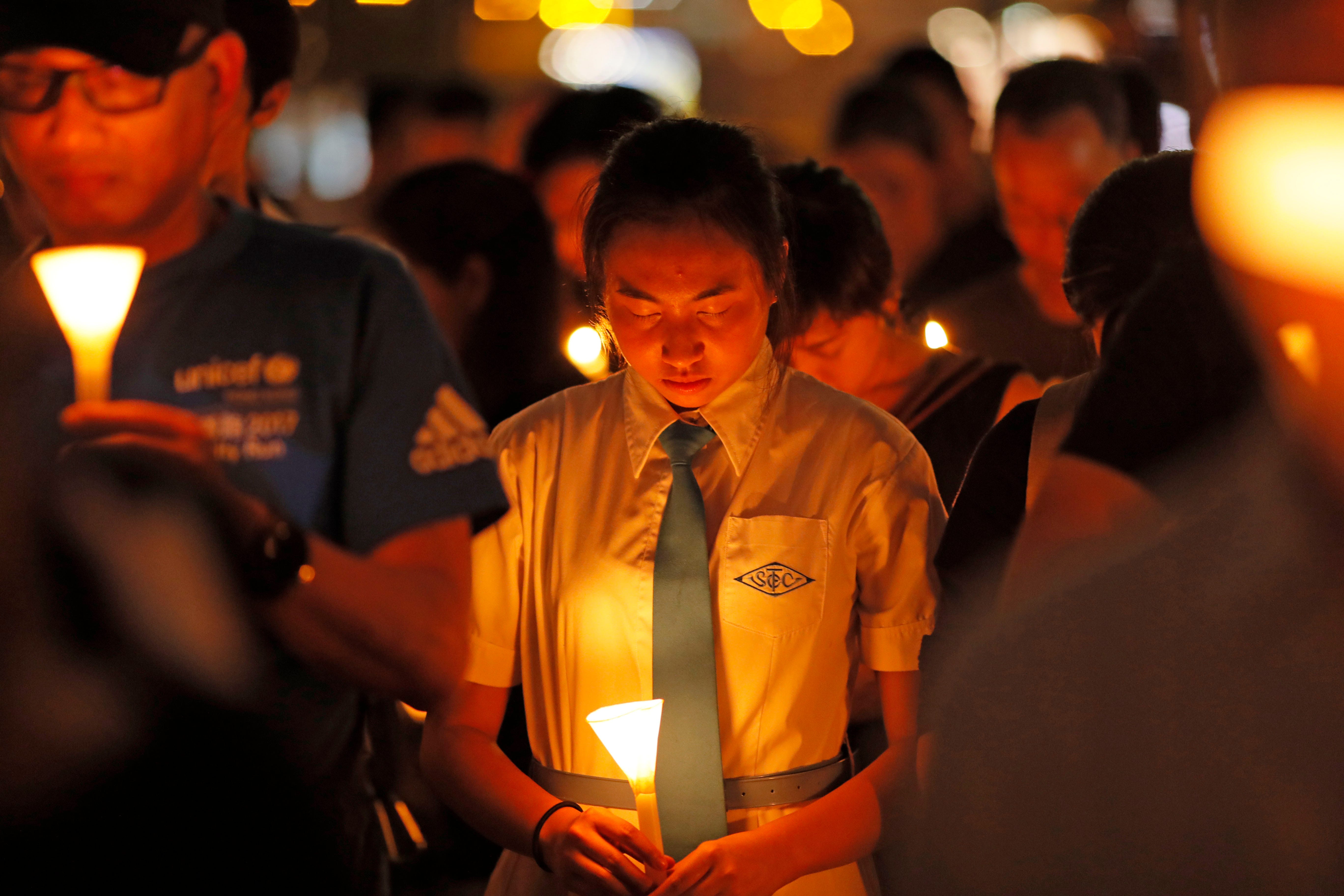 The Tiananmen Square massacre happened on June 4, 1989 after months of student-led protests. Chinese soldiers opened fire on protesters, as tanks drove through the square forcibly removing others. Hundreds, potentially thousands, were killed, although an official death count has never been released, according to CNN.

Joshua Rosenzweig, Amnesty International’s Deputy director for East and Southeast Asia, told the Hong Kong Free Press that the authorities should not be using the coronavirus to cut off people’s freedoms.

“By deeming this important memorial event ‘illegal,'” he said, “the police have again needlessly exacerbated rising tensions when thousands of people simply want to light a candle for those who lost their lives during the horrific events of 4 June, 1989.”

Between the ban and China’s new security laws, Rosenzweig added, it wasn’t clear if a vigil would ever be allowed to go ahead again.

To mark the anniversary this year, Hong Kong Alliance is telling people to light candles in their homes, join an online vigil, or hold smaller gatherings. There will be a minute of silence at 8.09 p.m. At least 60 booths will be set up across Hong Kong giving out candles.