A homeless Detroit man bought an abandoned house for $1,500 and spent 10 years renovating it for his wife. Here's how he did it — and what it looks like now. Michael GreyMichael and Cynthia Grey in front of their renovated home.

Michael Grey is a native Detroiter.

At 67 years old, he spends his weekdays working as a machinist in Bowling Green, Ohio, and his weekends at his home in Detroit with his wife, Cynthia.

The story of their four-bedroom home dates back to November 2009, when Grey bought it from his nephew for just $US1,500.

Before purchasing the home, Grey was living in his niece’s basement. He told Business Insider he was homeless and that despite having a college degree, he was unable to find work in Detroit.

Grey told Business Insider that after getting hit by a car in 2008, he used some of the settlement money to buy the property. He moved in the day he bought it with nothing but an air mattress to sleep on. At the time, the home was in bad shape. According to Grey, it was infested with mites, spiders, and mice â€” not even the toilet worked.

Now, nearly a decade later, Grey is still living there during the coronavirus pandemic and the home is unrecognizable. The market it sits in is booming during the COVID era, too. According to WXYZ Detroit, real estate listings in the city are currently seeing multiple offers and home showings in the area are up.

Keep reading for a look at Grey’s home transformation below. He compiled photos in two hard-copy albums, which he mailed to Business Insider. In a phone interview, he explained the work that went into renovating the home. 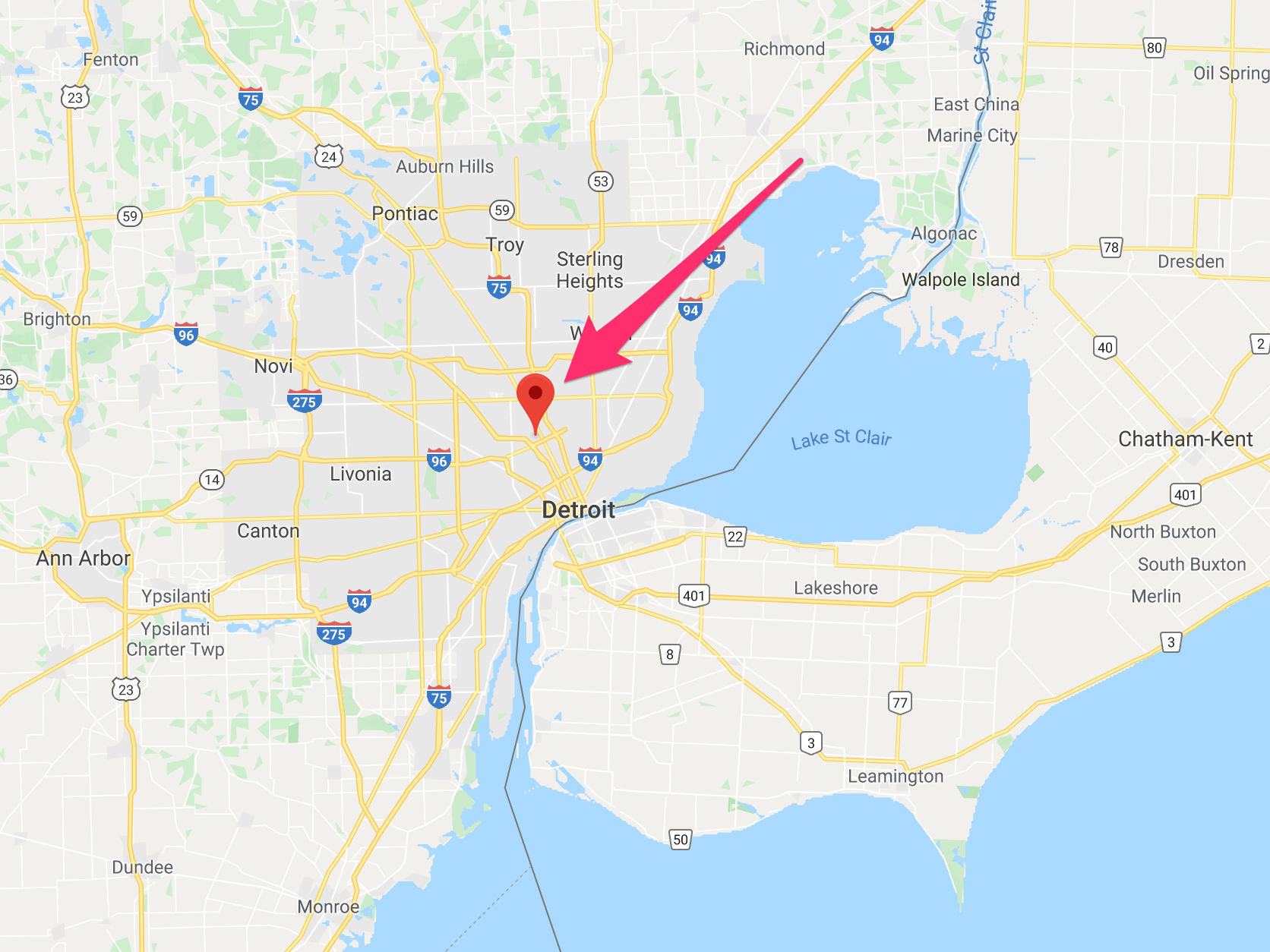 Detroit was once home to the booming auto industry. In the 1950s, the auto industry started declining, and companies started moving out of the city. By the 1960s, people were leaving Detroit in droves.

In 2013, the city filed for Chapter 9 bankruptcy protection. Now, more than five years later, more and more people are investing in the city.

Just consider the entrepreneur Dan Gilbert, the billionaire founder of Quicken Loans. As Business Insider previously reported, after Gilbert moved his company to downtown Detroit in 2010, he started the real-estate firm Bedrock. Not only is Quicken Loans now one of Detroit’s largest employers and taxpayers, but as of 2018, Bedrock had also invested or allocated $US5.6 billion in roughly 100 properties in downtown Detroit and nearby neighbourhoods. 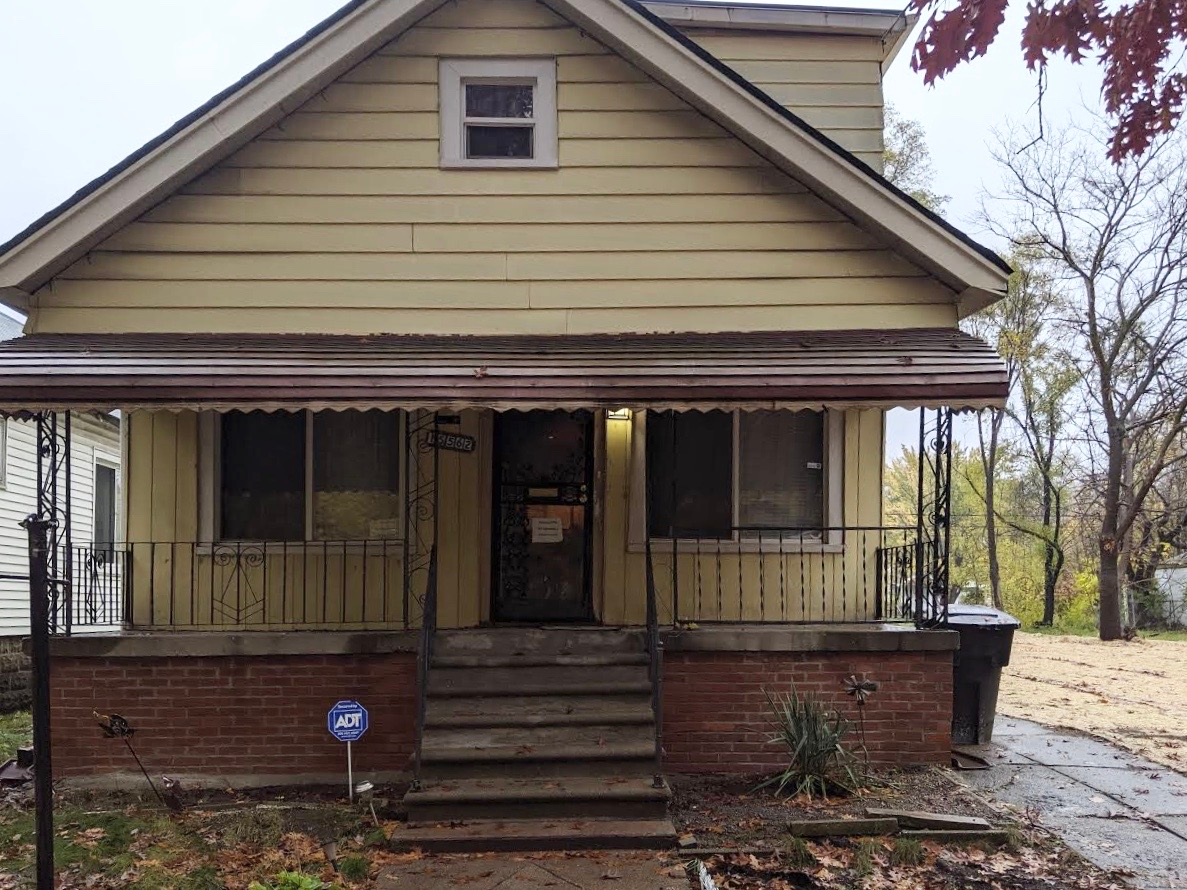 Sylvester is a broker for Global Property Investment Group, a commercial real-estate agency. 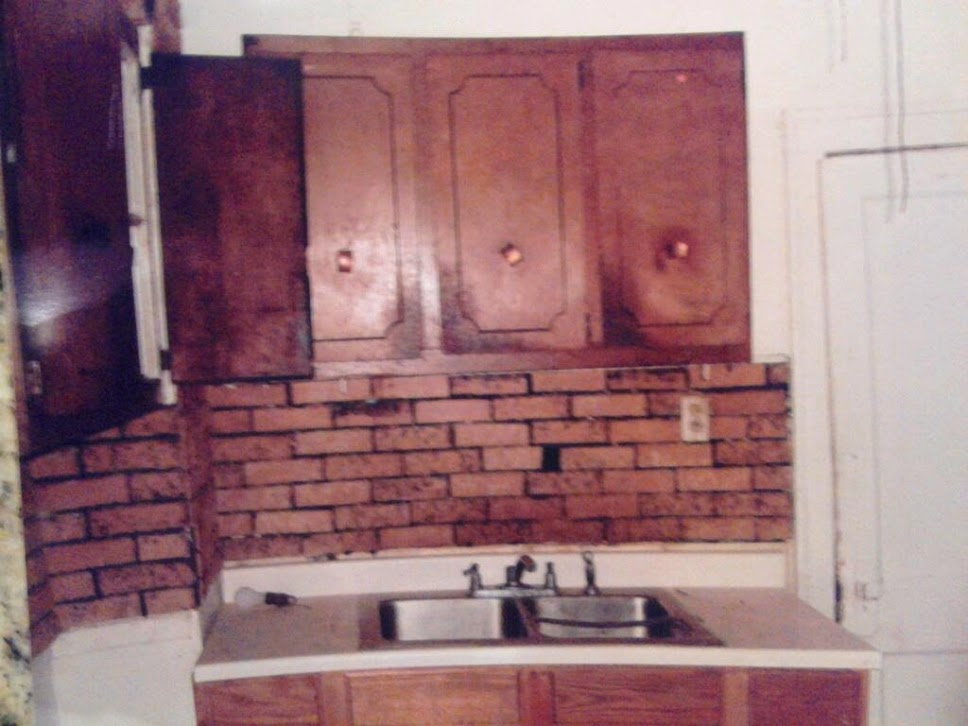 The company acquires properties from a variety of different sources. When properties don’t fit into the company’s business model, they are sold to independent purchasers, which is how Grey came across the house.

The house was in a state of total disrepair when he bought it. Photos show that paint was peeling off the walls, wires were hanging loose, and the bathroom appliances were covered in rust. 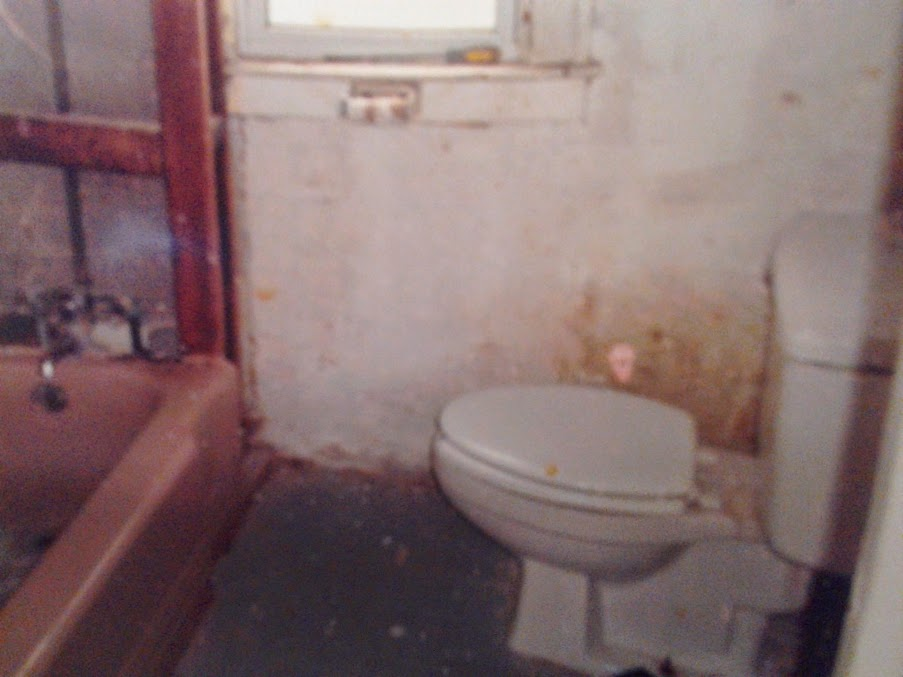 Despite its poor condition, Grey moved into the home right away. Michael GreyWires hanging from the wall before renovations began.

“In Detroit, if you’re not there, or you don’t have someone there, someone will come in and take your stuff. It’s gone in a matter of 15 minutes, gone,” he explained to Business Insider.

When he moved in, the house was infested with mites, spiders, and mice. 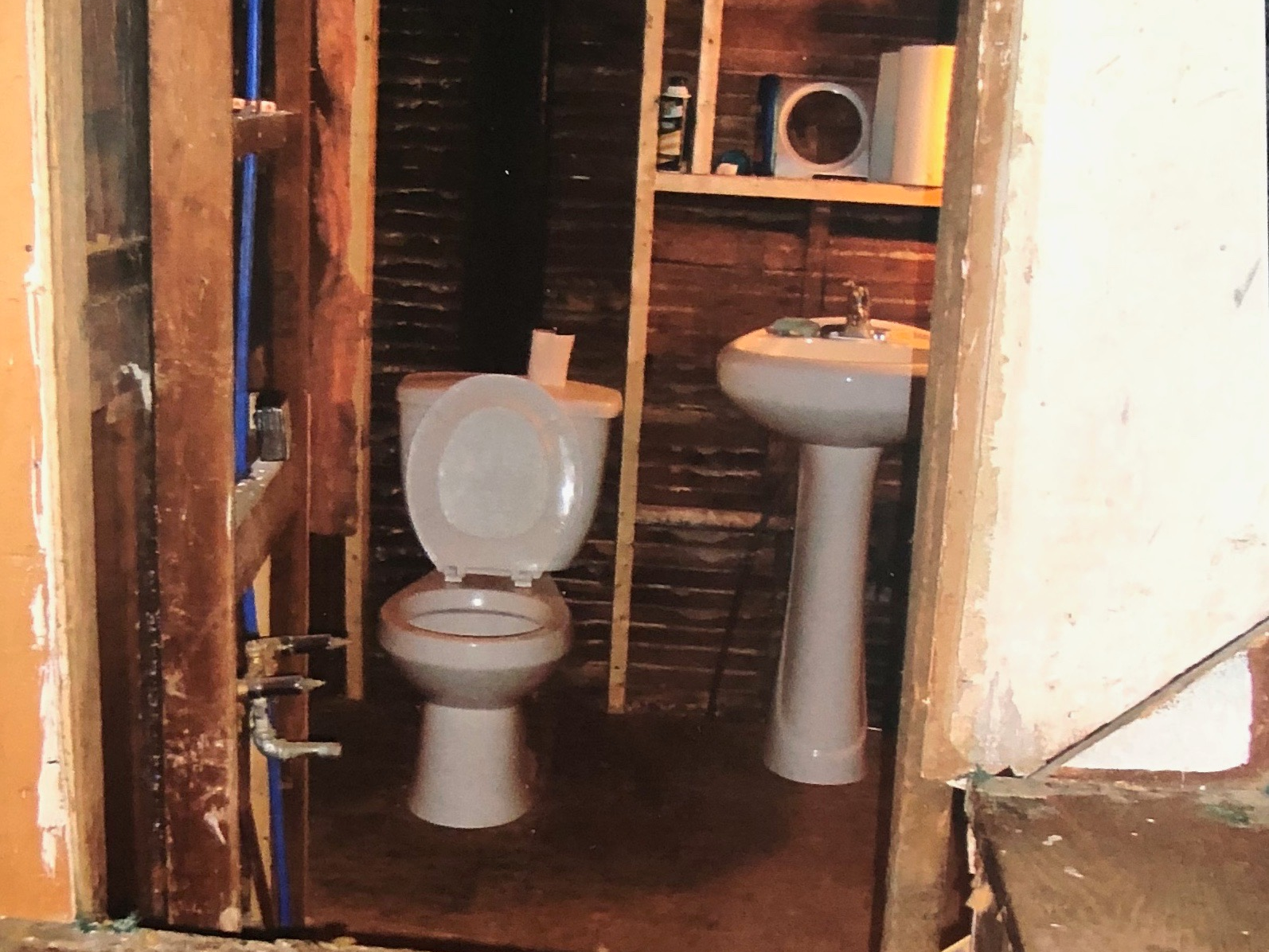 In the beginning, he slept on an air mattress upstairs and renovated the place room by room. Before buying the house, Grey was homeless. “I had been going through a rough time in my life,” he said. “I was staying with my niece and sleeping in her basement.” Michael GreyThe process of moving the bathroom wall back a foot to make more room.

Even with a college degree, Grey told Business Insider that he wasn’t able to find a job in Detroit. Grey graduated from Spring Arbor University in 1986. He double-majored in English and psychology. While he was living in his niece’s basement, he told Business Insider that he worked as a day laborer.

“I also began to craft my rehab skills working as a laborer for guys who were fixing up homes to rent,” he said.

But in 2008, his life changed. While riding his bike, he was hit by a car. Using money from the settlement he received from the accident, Grey was able to purchase the abandoned property. Michael GreyThe demolition of the ceiling in the living room.

When describing the renovation project, Grey called it a complete rehab. “I tore everything out, all the way down to the studs,” he said. His wife, Cynthia, who at the time was his fiancée, was there through it all. “My wife had been with me through thick and thin, and I told her that I was going to give her a house that she would be really proud to keep, live in, and show off,” he said. Grey said he did about 80% of the labour himself, including the flooring and the painting. His vision was to “make it a family home forever.” 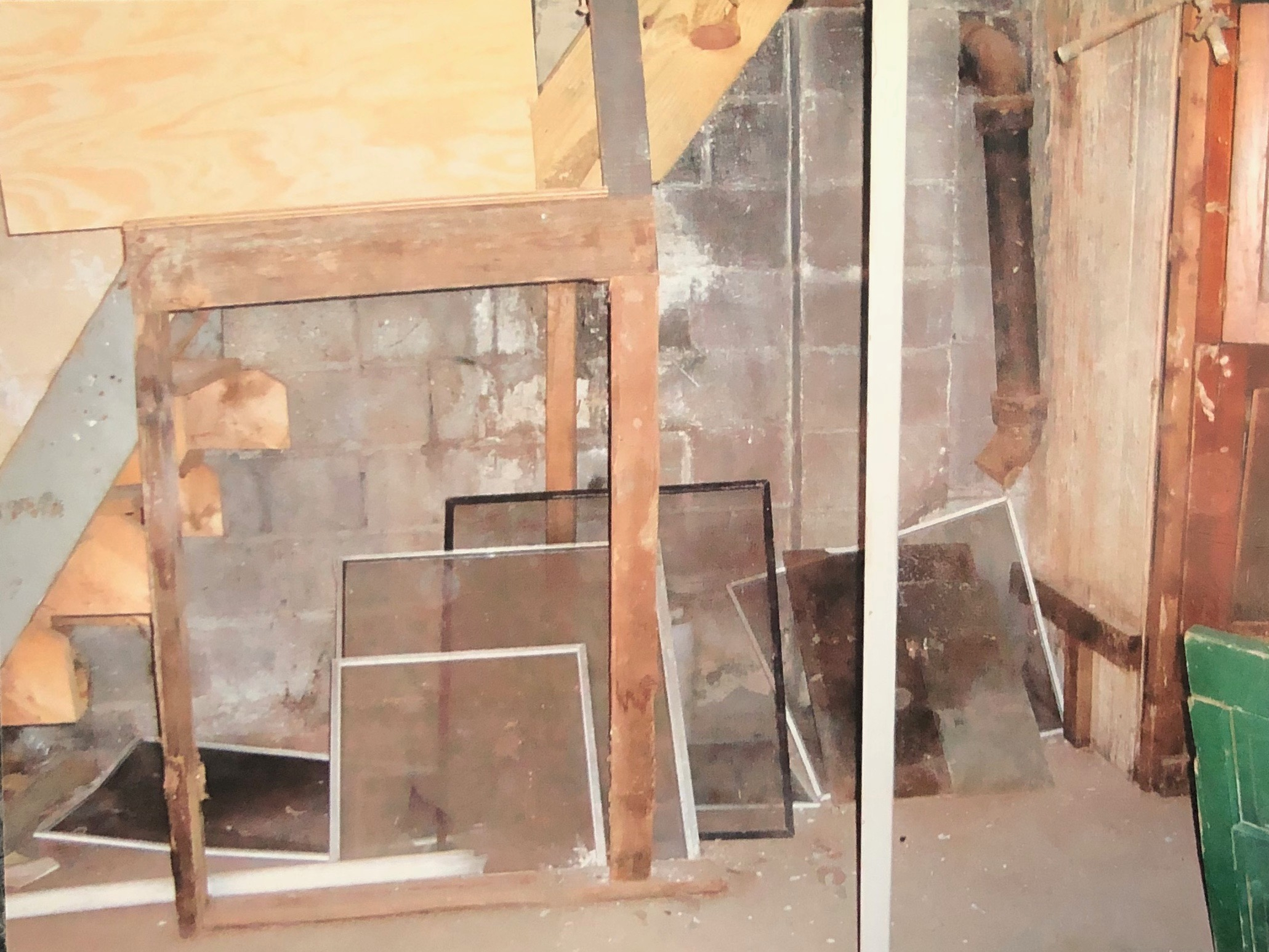 He learned how to do most of the work during his time as an administrative assistant for a construction-management company in Michigan. “I was on a project in Monroe, Michigan,” he told Business Insider. “When I was part of that renovation team, I watched the guys, I asked questions, and I said, ‘I can do this.'”

But for the projects he couldn’t do himself, his friends helped out. 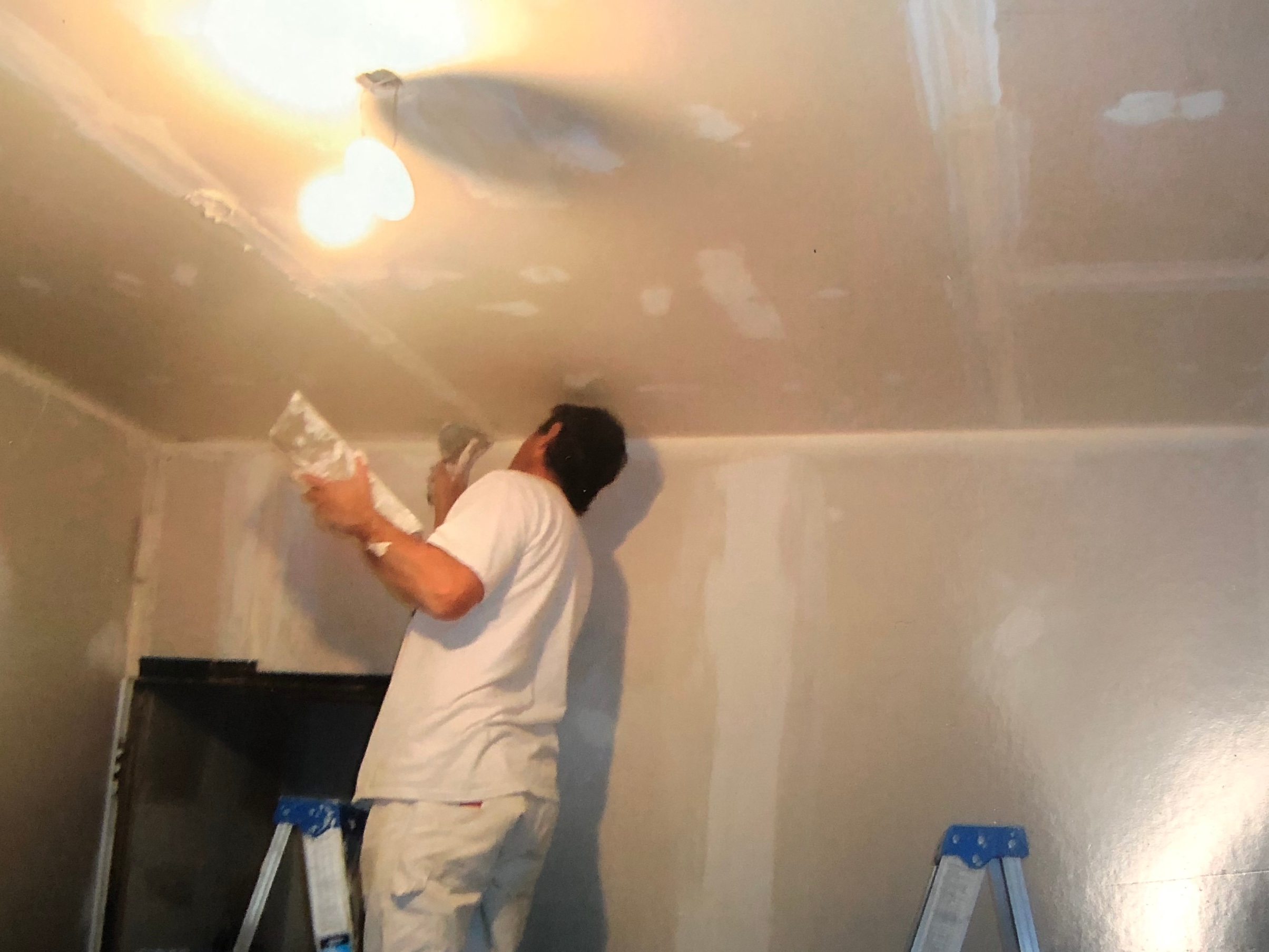 They helped him install, along with other things, the drywall, the electrical box, a new furnace, a hot-water tank, and central air. Grey told Business Insider that the hardest part of the renovation process was fixing the broken beams in the ceilings. On the flip side, he said the easiest part was the tiling. “It was hard work, but I enjoyed doing the tiling because if you put a lot of love into what you do, your floors reflect a lot of who you are,” he said. 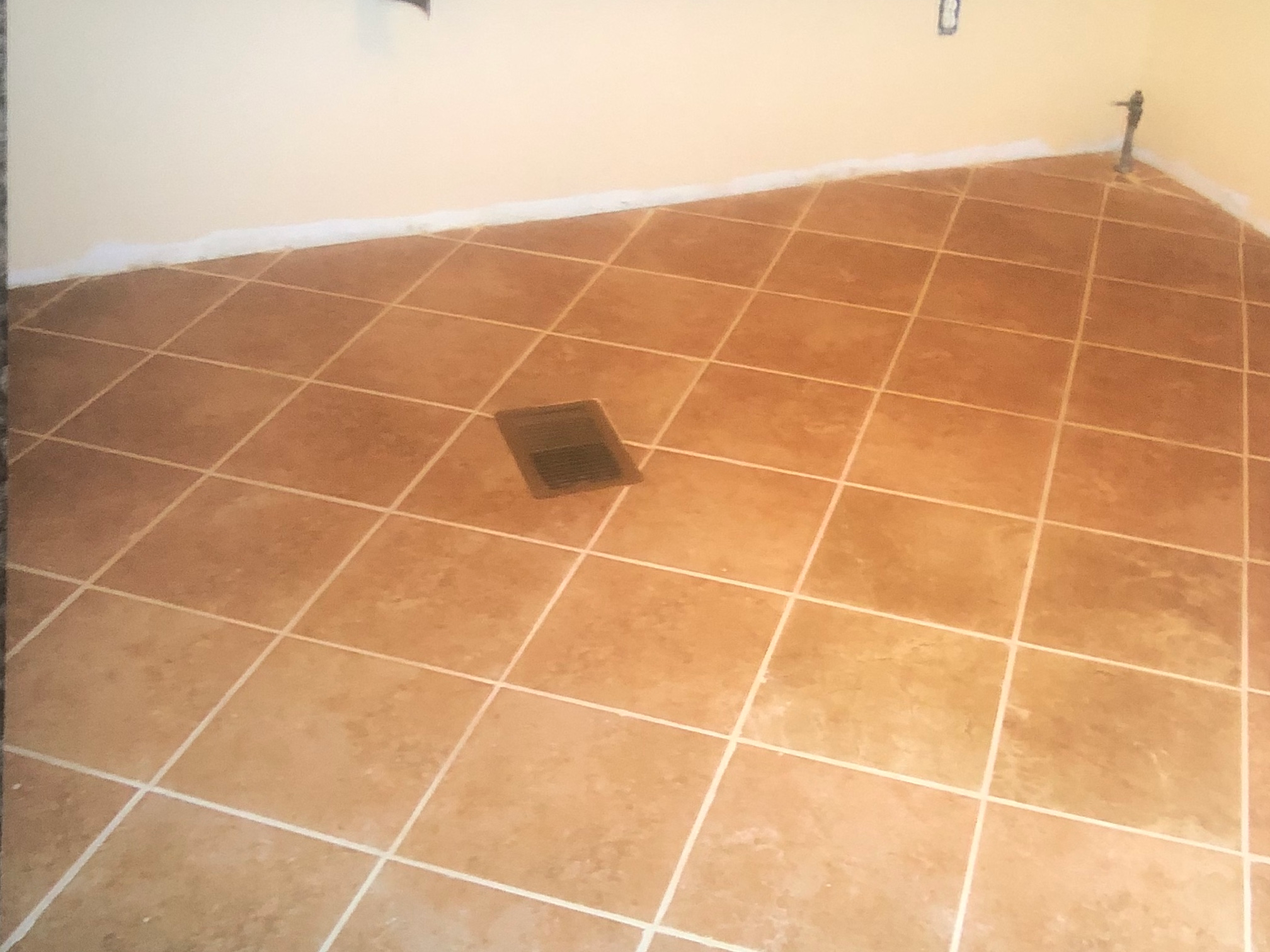 When he neared the completion of each room, Grey would stain, sand, and polish everything. “She had picked out the paint she wanted for each room and, after the drywall went up, I put the primer on and painted. I was closing out the rooms as we completed them,” he told Business Insider, referring to Cynthia. The major parts of the renovation process were completed in July 2012. 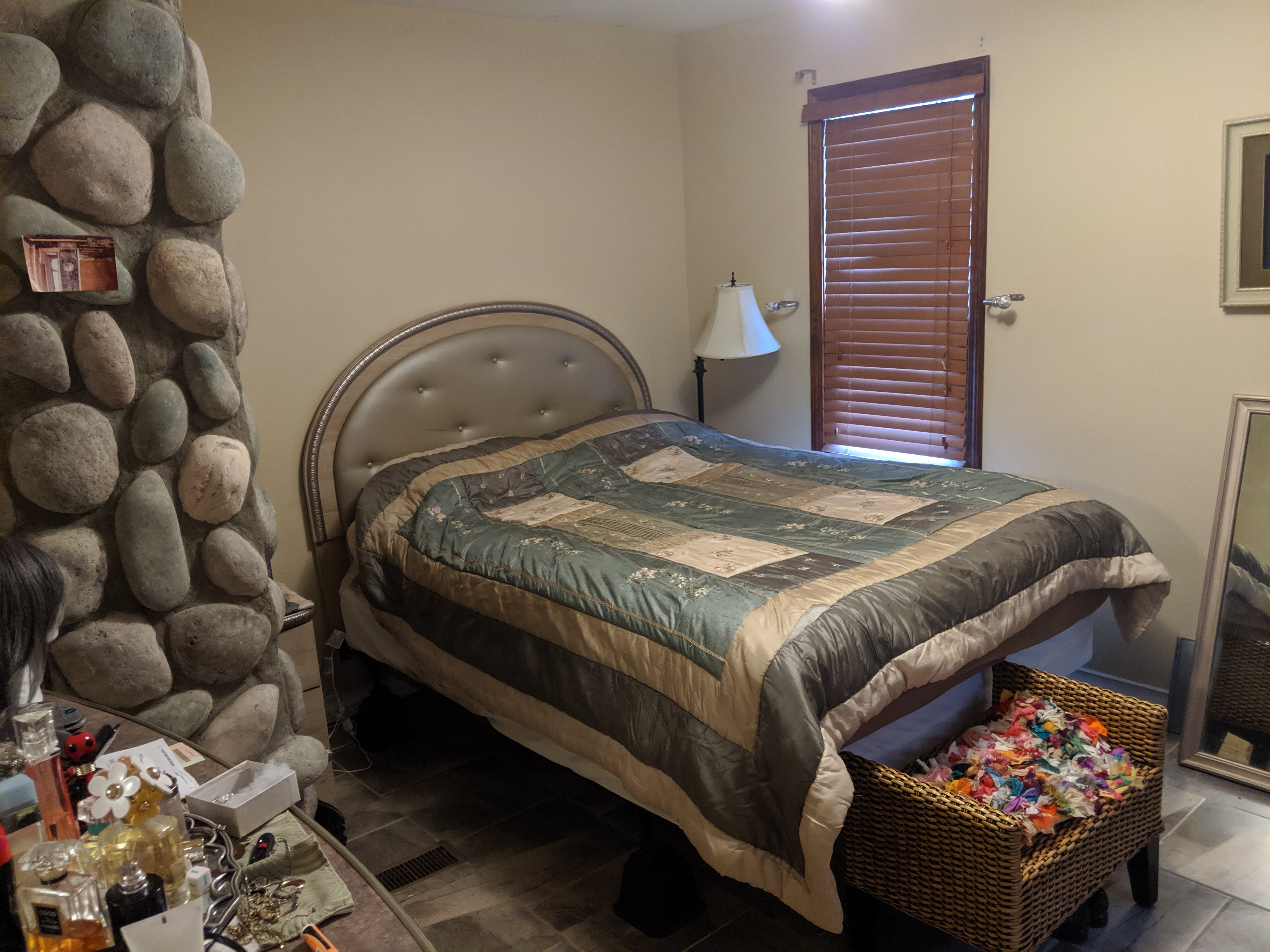 There could be four bedrooms, but they decided to convert one of the rooms into a walk-in closet. Grey told Business Insider that he is constantly working to improve the home. 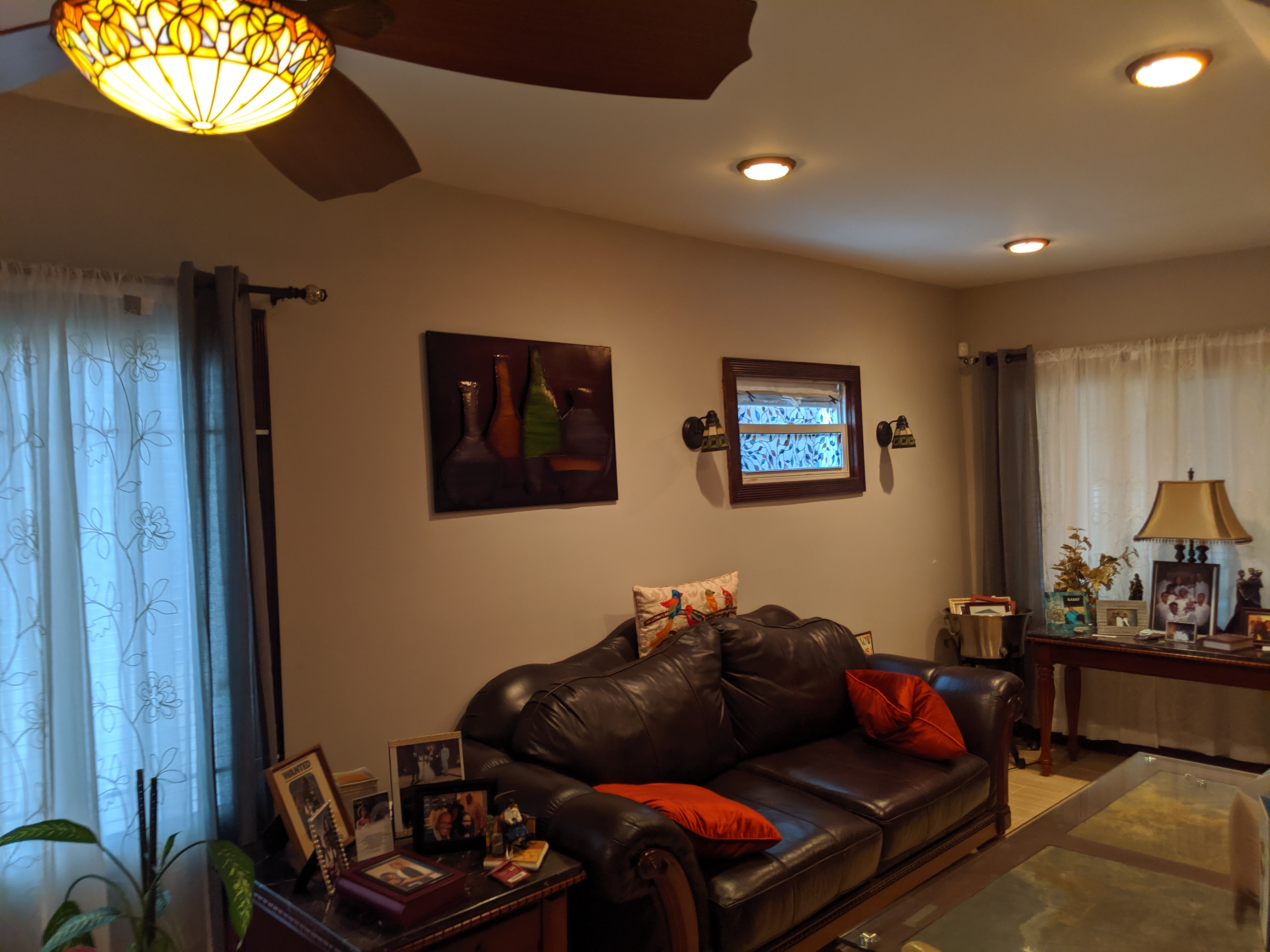 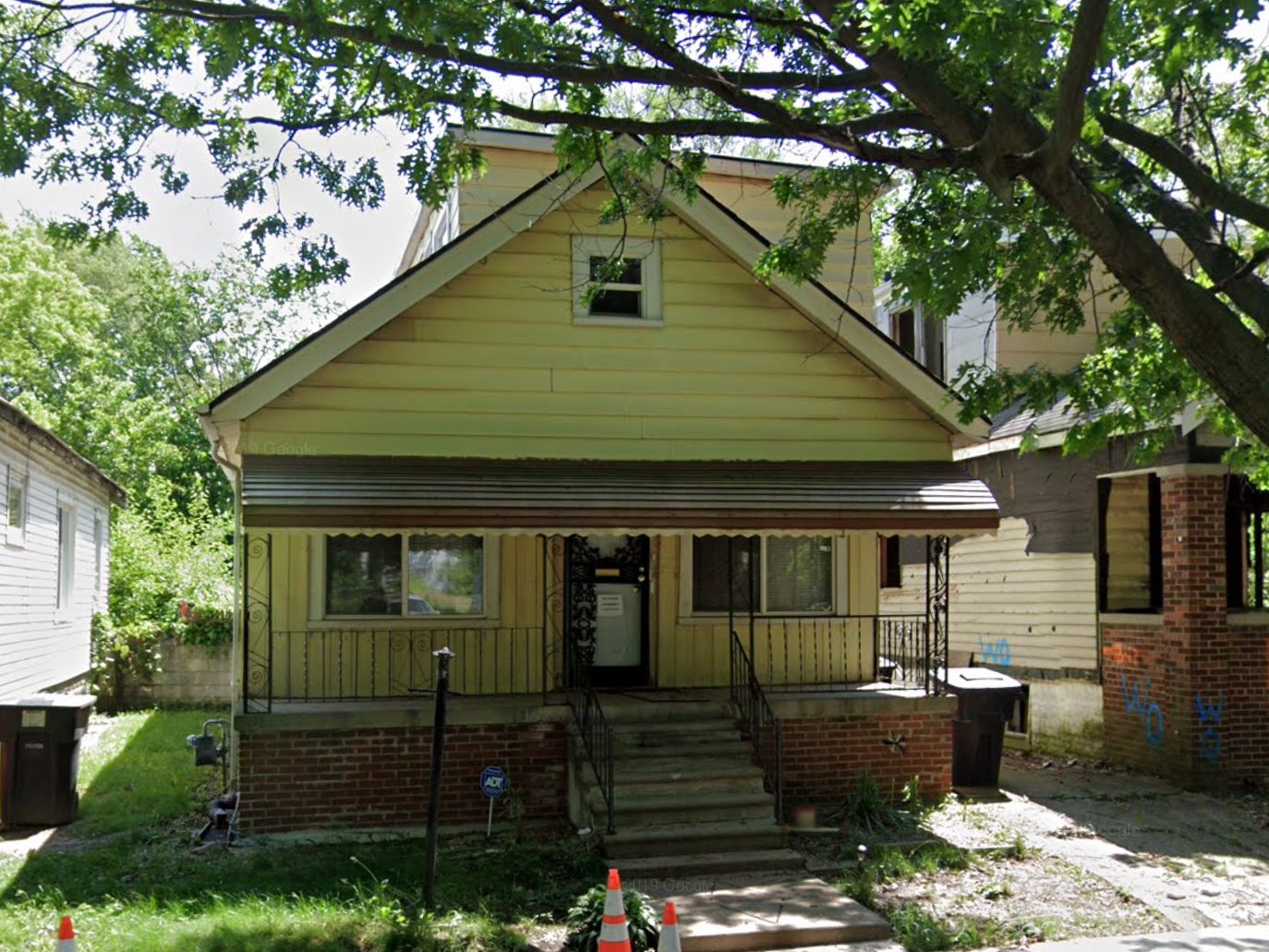 Michael and Cynthia Grey celebrated their 10th wedding anniversary in November 2019 at the home.

This article is part of Business Insider’s ongoing series,How I Renovated It, where we talk to homeowners around the country about the process, budget, and transformation that goes into a renovation. If you have a story you’d like to share, get in touch with [email protected].