Home Depot's 'Black Friday' sales are going to last for 2 months this year, in a bid to avoid crowds and boost sales 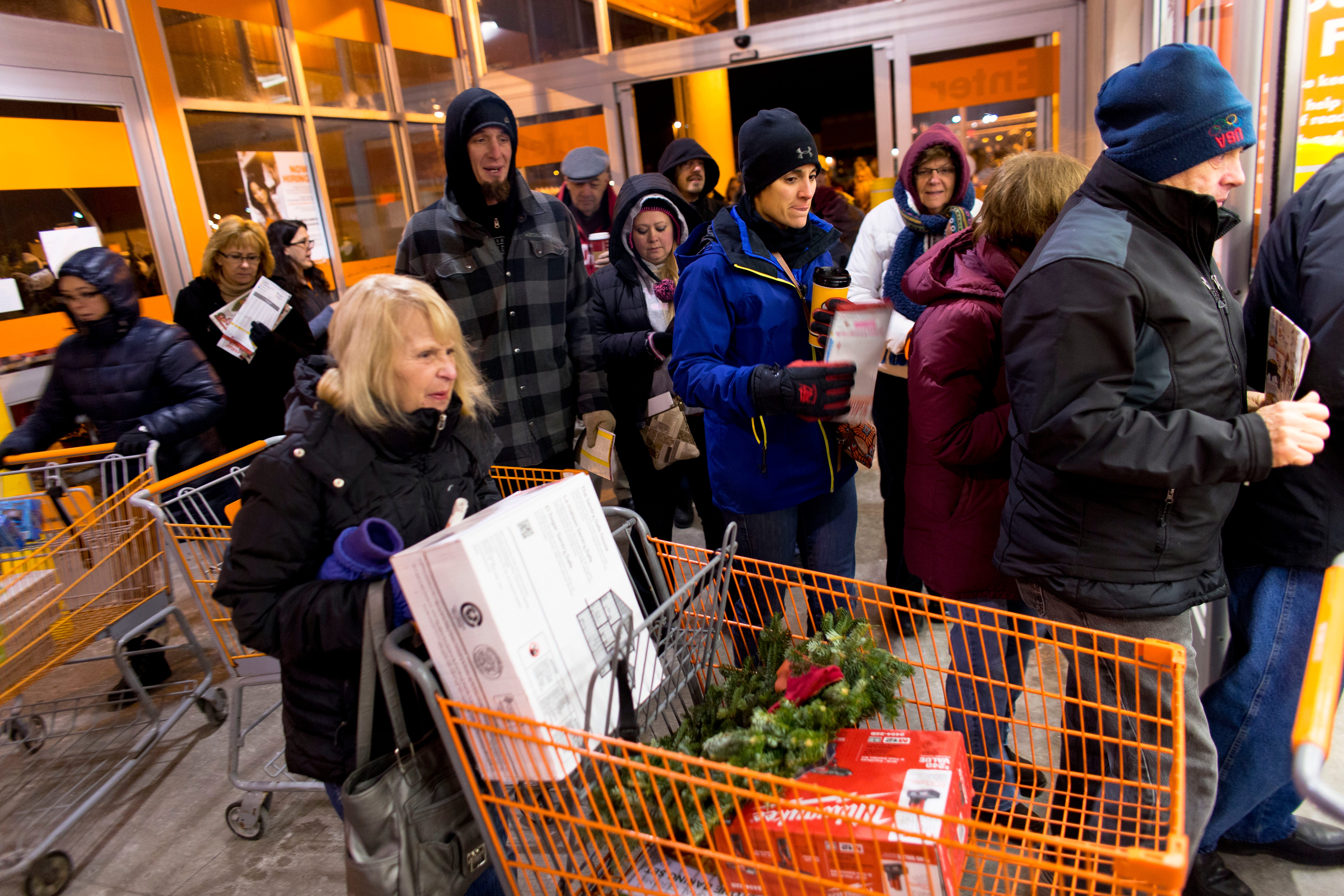 Darren Hauck/Getty ImagesWEST ALLIS, WI – NOVEMBER 28: Shoppers file into the store as they get their holiday shopping season going at the annual Black Friday sales event at the Home Depot November 28, 2014 in West Allis, Wisconsin.

Home Depot announced it is “reinventing” its Black Friday this year, replacing the feverish, one-night shopping event with over two months of sales. The holiday sales will begin in early November and continue through the end of December, according to a press release.

Home Depot’s sales will be available both in-store and online, with a big push to download the retailer’s app. Mobile app users will be able to get a jump-start on promotions by previewing deals before they go live online. The store also touts free shipping on over 1 million items available on its website, including fresh Christmas trees.

The novel coronavirus is not the first health risk associated with Black Friday. In recent years, shoppers at various retailers have been trampled by crowds raring for a cheap televisions and refrigerators, pepper-sprayed each other over Xboxes, and pinned terrified Walmart employees against piles of merchandise, according to Intelligencer. In 2012, there was even a bomb threat at a Home Depot in Long Island.

But mid-pandemic, in a time when restaurants are operating at half capacity, concert venues have shuttered, and social-distancing guidelines reign supreme, the frenzied crowds of Black Friday tradition have become a different kind of hazardous, transitioning from potential violent mob to likely petri-dish.

For retailers, the challenge becomes how to avoid a huge dropoff in sales while keeping customers safe, and Home Depot joins other big box stores in adapting their holiday season shopping to the pandemic. Worried that kids wouldn’t be trick-or-treating this October, Hershey’s rolled out Halloween candy to stores a full month early. Walmart, Target, and Best Buy have said that they will be keeping stores closed on Thanksgiving. Target, Kohl’s and Nordstrom are shifting up holiday shopping deals.

The parent company of Victoria’s Secret and Bath and Body Works also expressed worry that a surge in holiday online shopping will create shipping bottlenecks, and announced they too would extend the holiday shopping season, according to a prior Business Insider report.