People think the black-and-white movie in 'Home Alone' is real because of an old-school movie trick, director says 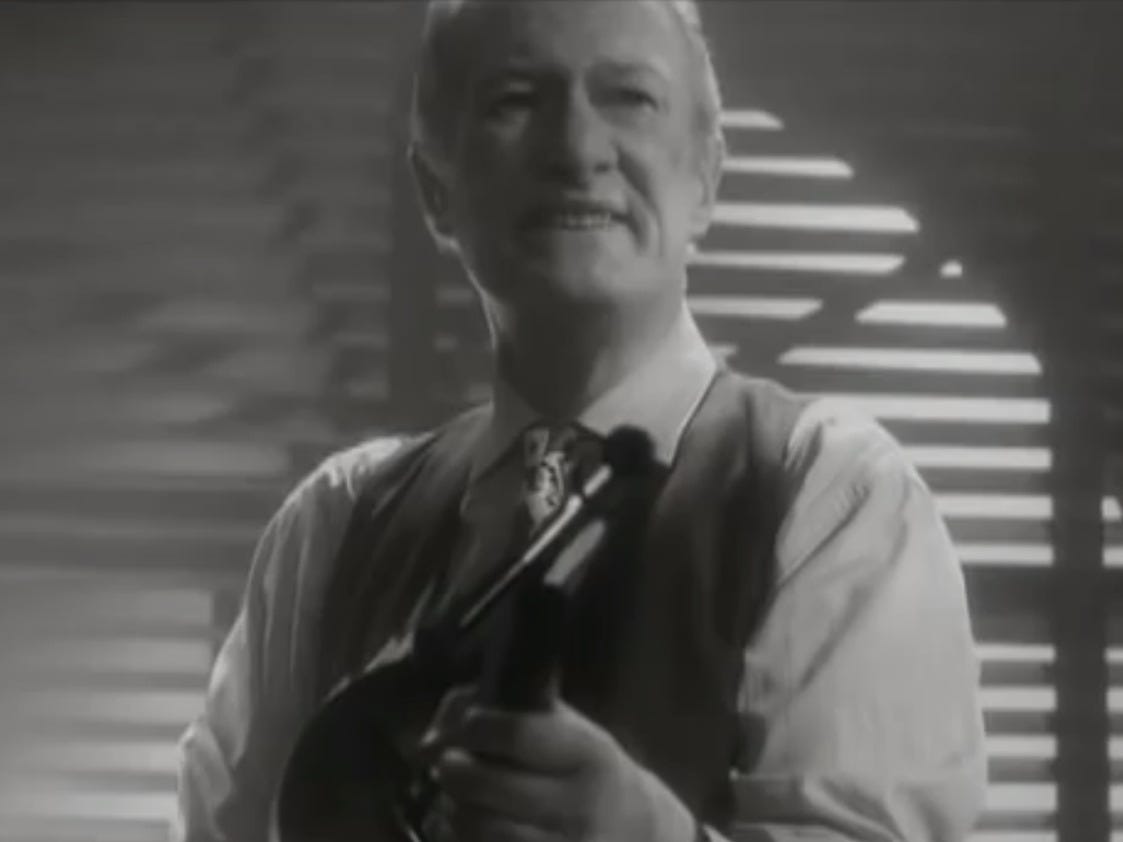 FoxA still from ‘Angels with Filthy Souls’ in ‘Home Alone.’

One of the most memorable running gags in “Home Alone” is when Kevin McCallister uses an old black-and-white movie to do everything from scaring the heck out of the pizza delivery boy to warding off burglars after he’s left alone during Christmas.

The black-and-white noir called “Angels with Filthy Souls” looks so authentic that people to this day think it’s a real movie, but it’s not.

“Angels with Filthy Souls,” which Kevin is finally able to watch when he’s mistakenly left home alone after his family goes to Paris for Christmas, was made by director Chris Columbus specifically for “Home Alone.”

It’s a scene in which two crooks interact in an office until suddenly one named Johnny kills the other, called Snakes, with a Tommy Gun. Laughing with glee, the scene ends with Johnny saying to the shot-up Snakes, “Keep the change you filthy animal.”

The sequence’s look is so on the mark even people in Hollywood think it’s genuine. In 2018, Seth Rogen tweeted that he thought “Angels with Filthy Souls” was real during his entire childhood.

My entire childhood, I thought the old timey movie that Kevin watches in Home Alone (Angels With Filthy Souls) was actually an old movie.

During a wide-ranging interview that celebrated the 30th anniversary of “Home Alone,” Columbus told Insider that he had heard about Rogen and Evans thinking “Angels with Filthy Souls” is real. And he has a theory on why it’s tricked so many moviewatchers.

“‘Home Alone’ is one of the last films shot with an old carbon-arc lighting system that was popular back in the 1940s through 1960s for Technicolor films,” the director explained. “That means you have to put a carbon piece of charcoal into each lamp and it creates a warmer and richer light to shoot.”

Columbus said the movie’s cinematographer, Julia Macat, insisted on doing the lighting this way for the entire film. The result is that “Home Alone” has a warm and rich look, perfect for a holiday movie â€” and when you’re trying to imitate the look and feel of an old movie.

“We also shot the ‘Angels with Filthy Souls’ scene the same way,” Columbus said. “That richness of black and white made it look like a movie from that era and I think that’s why some people think it’s a real movie.”

Here’s the “Angels with Filthy Souls” scene in “Home Alone”: