5 abandoned mansions that were once owned by Hollywood stars 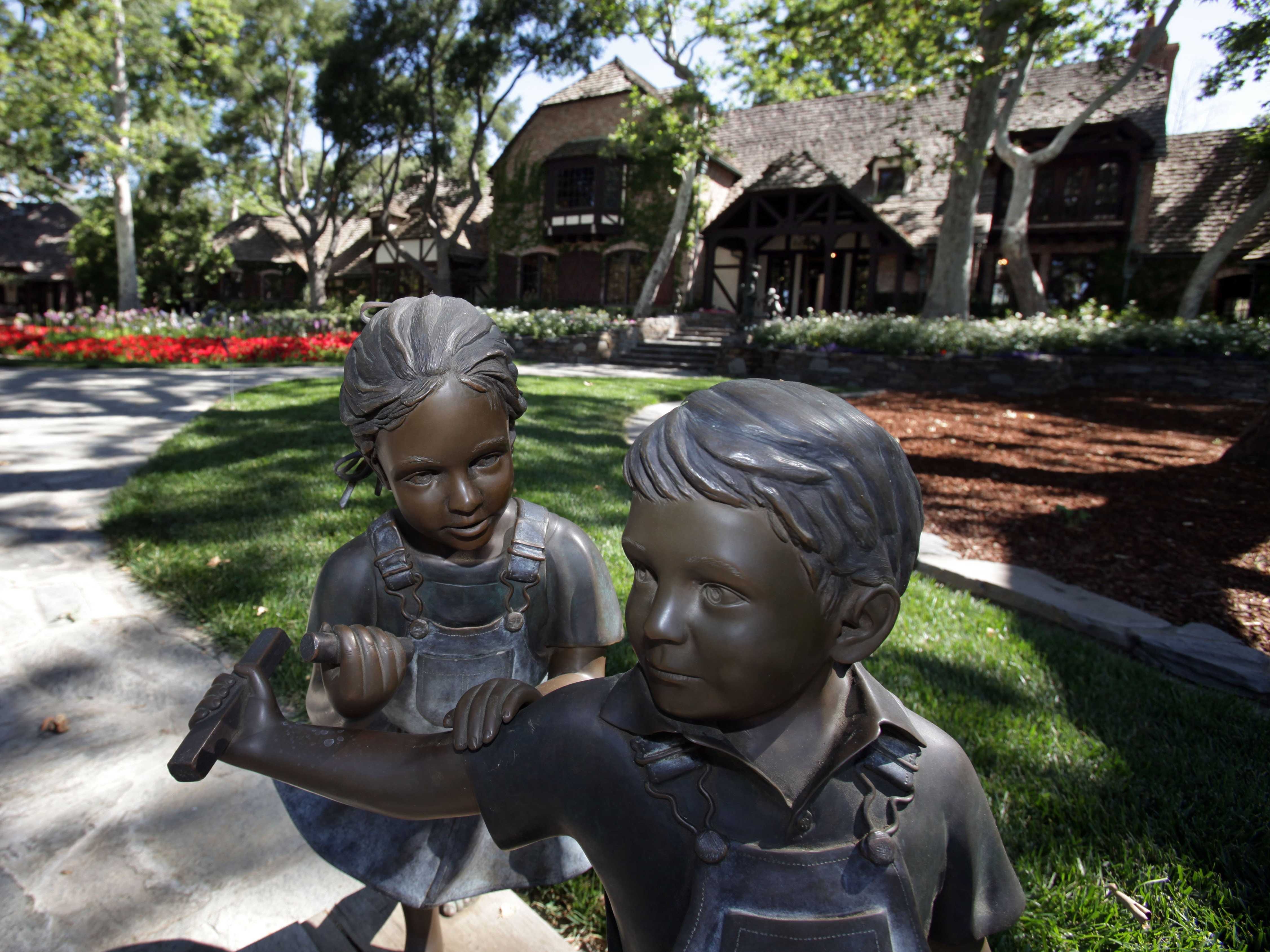 Celebrity homes rile up the housing market with big names and even bigger price tags.

Once a celebrity-owned home hits the market, it is usually sold quickly. However, there are exceptions. Sometimes, these lavish homes with famous owners are never sold. Whether it be because of tragedy, death, or a controversy, some homes are just left completely abandoned.

And if a celebrity home is sold, there’s no guarantee the next owner will maintain it in all its former glory.

Find out what happened to five abandoned celebrity homes and the circumstances of their ownership below.

Michael Jackson’s Neverland Ranch has officially been pulled off the market after failing to sell for nearly five years. 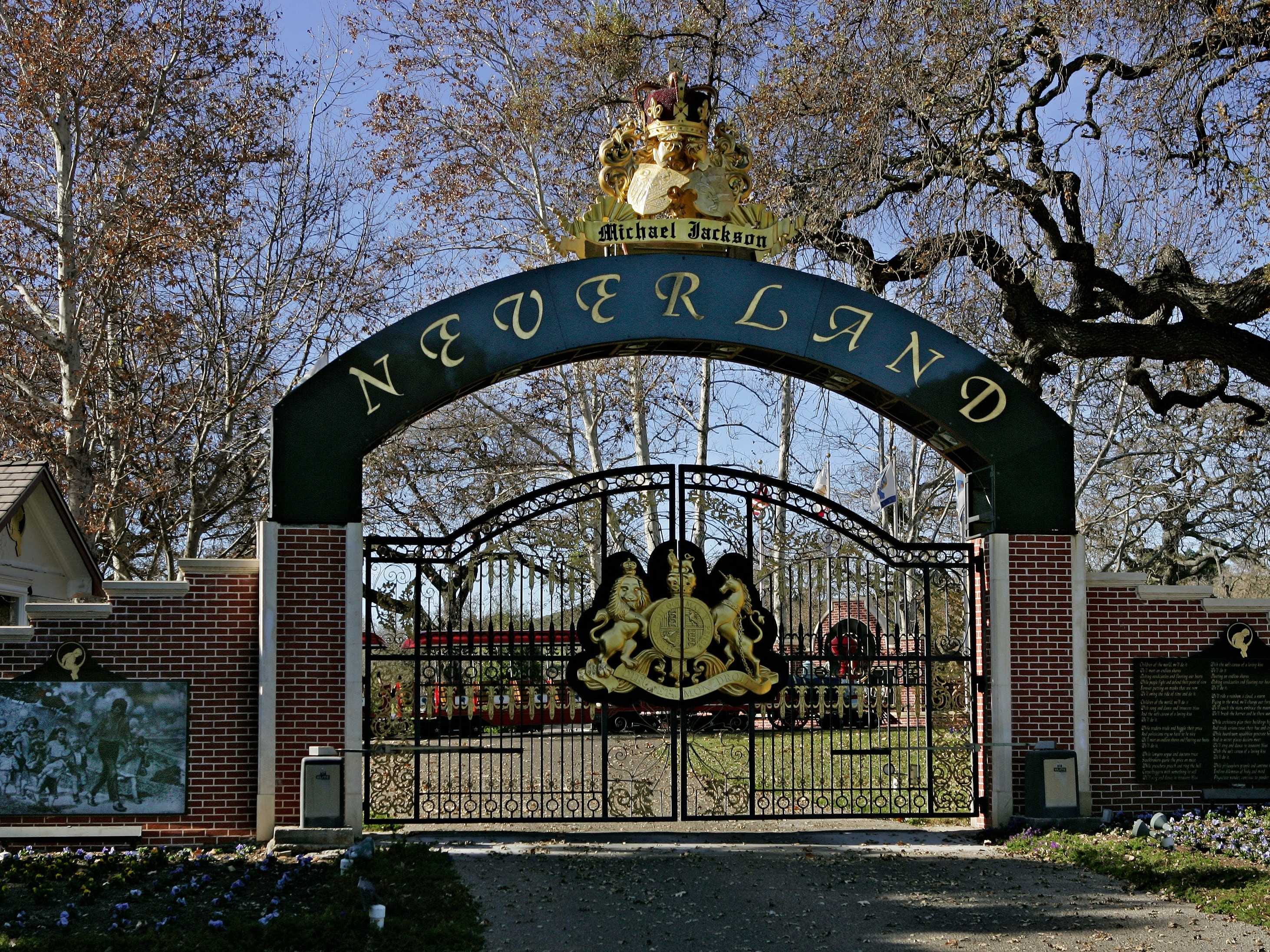 Zoo animals, bumper cars, two separate railroad tracks, and more fill the amusement park that is Neverland Ranch. Michael Jackson reportedly purchased the 2,700-acre California property in 1987 for $US19.5 million dollars. Jackson constantly entertained and threw lavish parties when he lived on the Disney-like ranch – he even threw Kim Kardashian a party for her 14th birthday.

That all came to an end when Jackson faced allegations of child sexual abuse and police raided the property in 2003. The late performer was reportedly shaken by the raid and later cleared of child molestation charges in 2005. Some speculated his court battles took a financial toll on the singer, which led to a threatened foreclosure sale on Neverland ranch in 2008. Jackson eventually sold it to Colony Capital for $US22.5 million in 2009.

The house saw millions of dollars worth of renovations and rebranding. The property, dubbed Sycamore Valley Ranch, was put on the market in 2015 for $US100 million after Jackson’s death in 2009. It was then discounted to $US67 million two years later and then listed once again for $US31 million in 2019.

The ranch was pulled off the market in February 2020 and remains unoccupied. 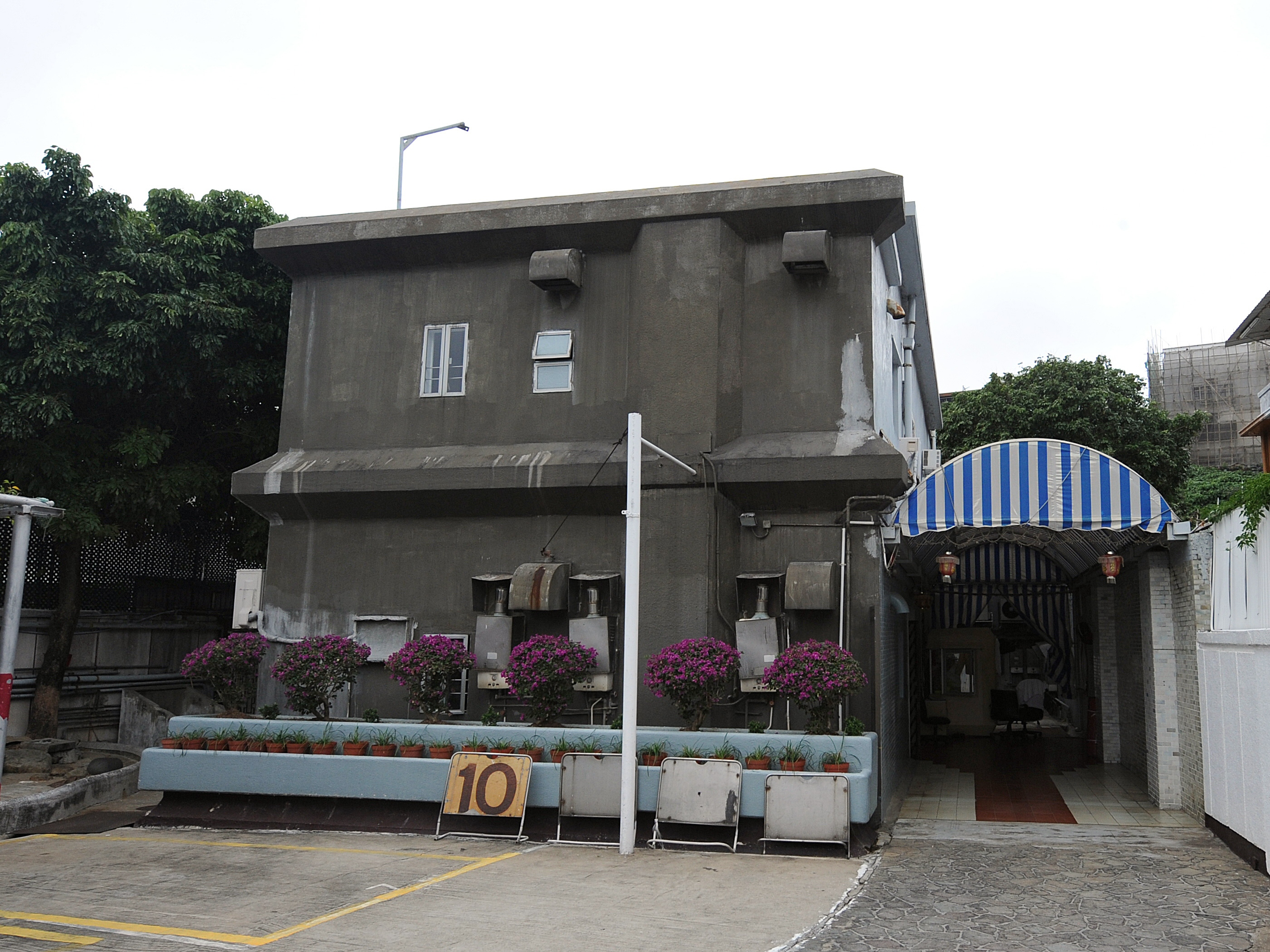 When Bruce Lee died in 1973 at the age of 32, his Hong Kong home was quickly purchased. Chinese philanthropist Yu Pang-lin bought the property in 1974 and converted it to be a “love hotel” where rooms could be rented by the hour.

Pang-lin then said he planned to sell the property to raise funds for victims of the 2008 Sichuan earthquake, according to The South China Morning Post. Lee’s fans instead urged him to preserve it in Lee’s honour and the plan to sell it was put on hold.

He later wanted to turn it into a museum, but the government rejected his plans.

When Pang-lin died in 2015, he left the mansion and his entire estate to charity, according to the South China Morning Post.

The paper went on to report that the mansion would be converted to a Chinese studies centre. Unfortunately, the house faced structural problems and maintaining it was almost impossible. Only four window frames and a colourful mosaic structure made by Lee would be preserved, with the rest being demolished and redeveloped.

The Minnelli Mansion was at the centre of a legal battle. 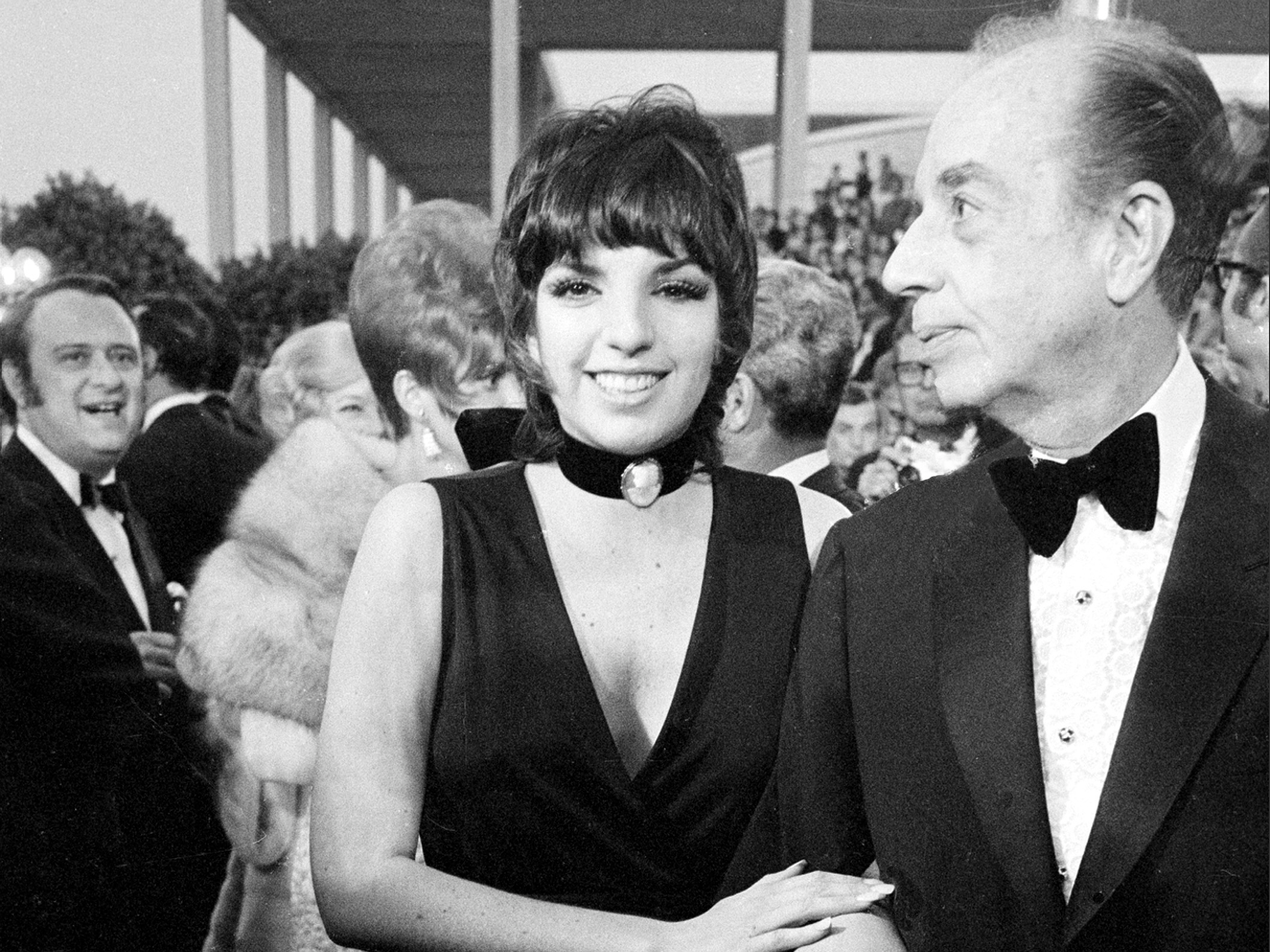 According to Curbed Los Angeles, the mansion was built in 1925 and remodeled by architect John Elgin Woolf before being purchased by director Vincente Minnelli.

The director died in 1986 and left two clauses about the house in his will – his wife Lee Minnelli was allowed to have unlimited, lifetime access to the house, but his daughter, actress Liza Minnelli, was in charge of the estate.

Liza decided to sell the Beverly Hills mansion in 2000 and reportedly offered to buy her 94-year-old step-mother a condo, according to Curbed.

When it sold in 2002, Lee refused to move out. In turn, Liza stopped paying for the electric bills and the staff – who continued to work for free, according to the Los Angeles Times. Lee filed a lawsuit against Liza, accusing her of breach of contract, elder abuse, and infliction of emotional distress. She also wanted a $US1 million trust in her name from the sale of the home in order to secure herself new housing.

The lawsuit was dropped in 2002 and Liza made an arrangement with the new buyers, and paid them rent so that Lee could live in the house until her death.

The house closed escrow in 2006 – the new owners reportedly paid $US2.3 million.

Lee died in 2009, and the new owners reportedly debated renovating the home or demolishing it, but a decision seems to never have been made because the home still stands abandoned.

A mansion owned by Mike Tyson is now owned by The Living World Sanctuary Church. A little less than 50 miles southeast of Cleveland, Ohio, sits a 25,000-square-foot abandoned mansion. Before going to prison on a rape conviction in 1992, Mike Tyson lived in the lavish home just 20 miles away from where he used to train.

The home had a 10,000-square-foot room with an indoor pool, wrought iron spiral staircase, money covered ceilings and walls, and cages for his four tigers, according to Daily Mail.

Tyson returned to the home following a three-year stay in prison before selling the house in 1999 for $US1.3 million to Paul Monea, a businessman best known for Tae-Bo exercise videos.

Monea was sentenced to prison in 2008 on conspiracy and money laundering charges and the home sat unoccupied until 2010.

The home was then sold for $US600,000 and donated to The Living Word Sanctuary Church. The house had been untouched for over a decade, completely overgrown, but still a step up from the church’s usual YMCA spot. Currently, the home is still being converted into a church. 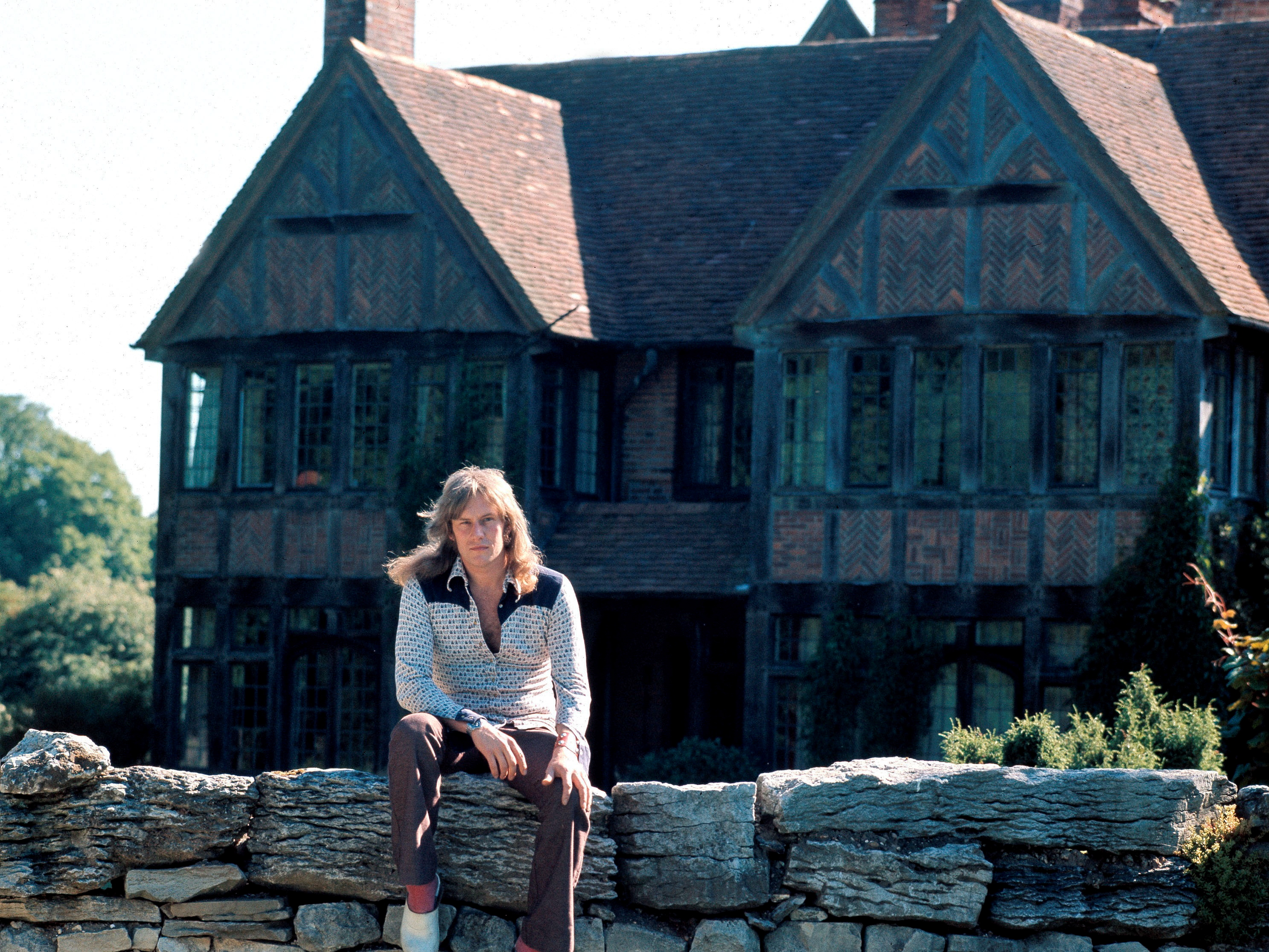 The Hook End Manor sits on 25 acres of land in South Oxfordshire, UK. The house was once sold to Alvin Lee from the band Ten Years After in 1972, where he built an extensive recording studio inside the 11-bedroom home. The studio space made it the perfect home for Pink Floyd guitarist David Gilmour, who purchased the home in 1980.

The property has everything from the expected to the bizarre, including a recording studio used by Rod Stewart and Tom Jones to a supposed tombstone in the basement, according to Consequence of Sound.

Gilmour sold the manor to West Side Productions and it was taken over by record producer Trevor Horn in the ’90s. Horn put the home on the market after his wife was accidentally shot by their son with an air rifle at the home. She survived but spent more than three years in a coma and retained brain damage, rendering her unable to move or speak. She died in 2014 of cancer.

The manor is believed to be bought in 2009 by producer Mark White for $US15 million. The home was never renovated or even lived in, as documented by numerous people photographing the empty bedrooms.