The fascinating history behind 11 common superstitions Joe Raedle/Getty ImagesWalking under a ladder is a common superstition.

Even if you consider yourself a die-hard sceptic, you’ve probably heard of one or two superstitions in your time – and perhaps even indulged in an occasional good luck ritual of your own.

Check out how 11 of the most common superstitions came to be below.

Ancient Romans believed that mirrors contained fragments of our souls — so breaking a mirror signified a break in someone’s health and well-being. 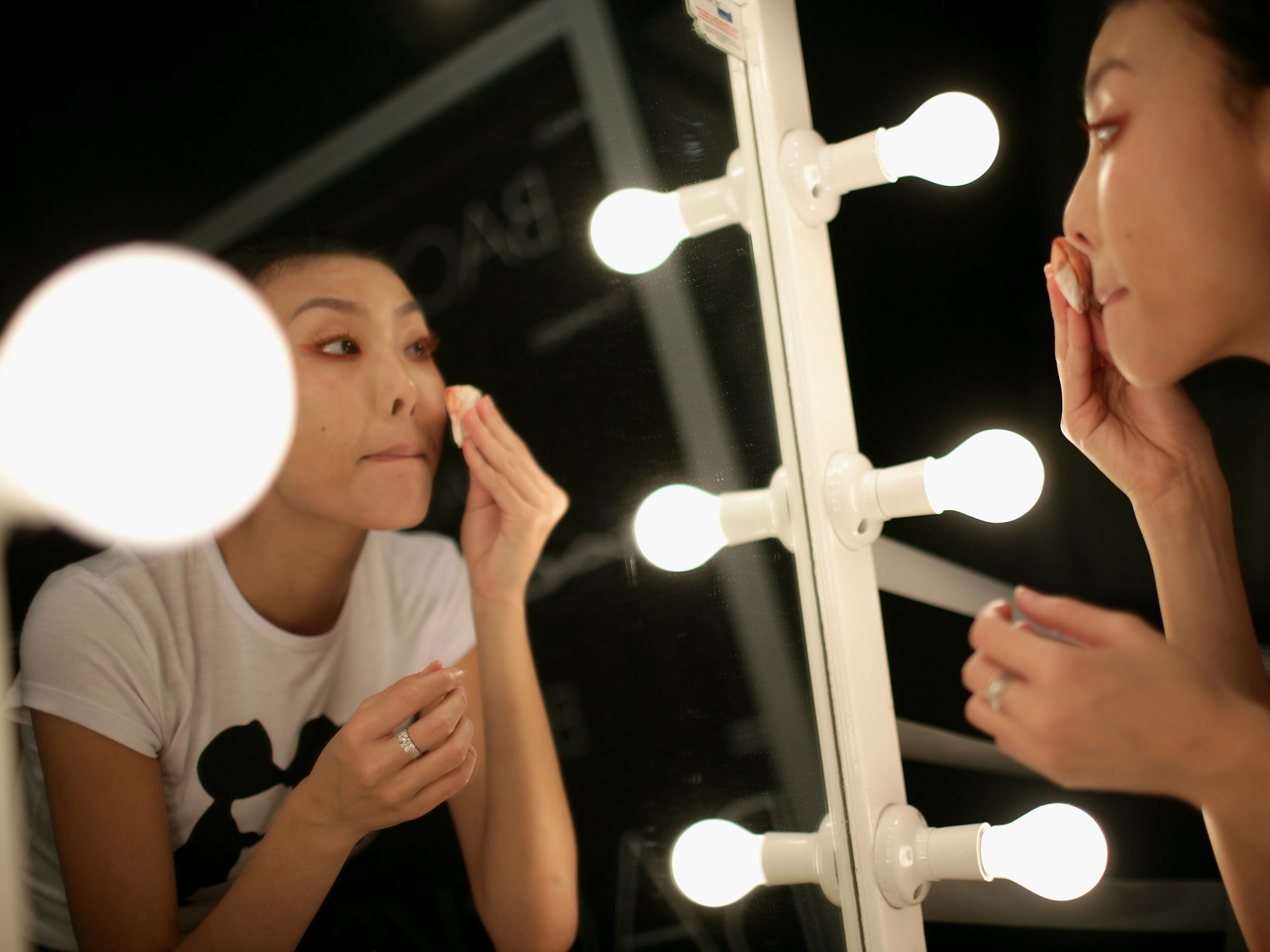 Kristian Dowling/Getty ImagesMirrors were believed to contain portions of our souls.

Luckily, they also believed that souls regenerated every seven years, the amount of time the mirror-breaker would be unlucky before they emerged new and whole again.

The social etiquette of blessing someone after they sneeze originates from the ancient belief that one could sneeze out their soul. 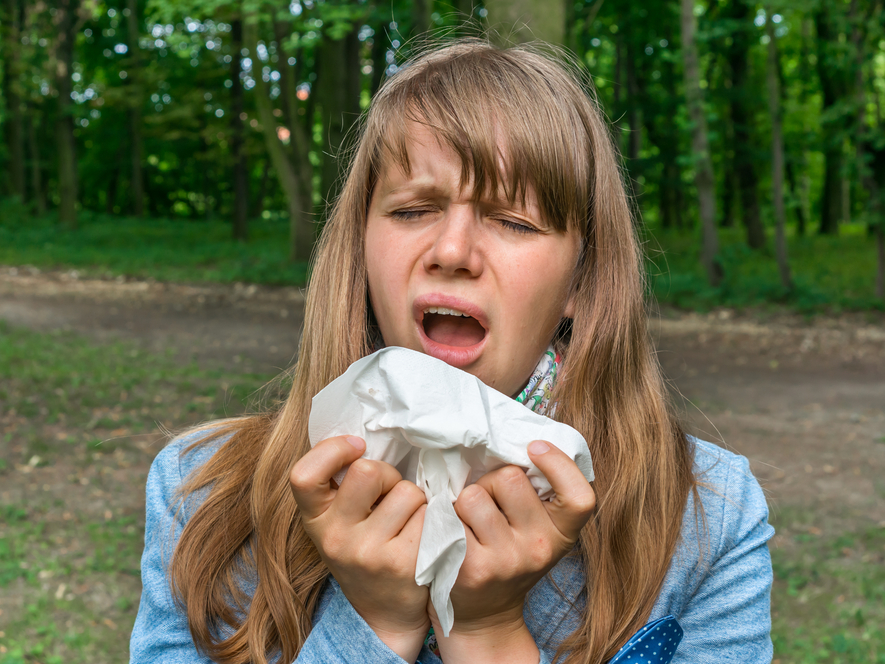 andriano.cz/ShutterstockSneezing was regarded as a risky activity.

Yawning and sneezing were both considered high-risk activities in the time of the ancient Romans and Greeks.

“There are a lot of ancient beliefs in general about a separable soul. It could separate for a brief period of time. When you dream, your soul is out of your body, so it can’t get back in if you’re sneezing,” explained folklore librarian Moira Smith to the Washington Post.

Concerned believers started saying “bless you” as a divine safeguard against wayward souls.

Ancient Egyptians believed umbrellas were royal, and that their shade was sacred. Opening one indoors was considered an insult to the God of the Sun. 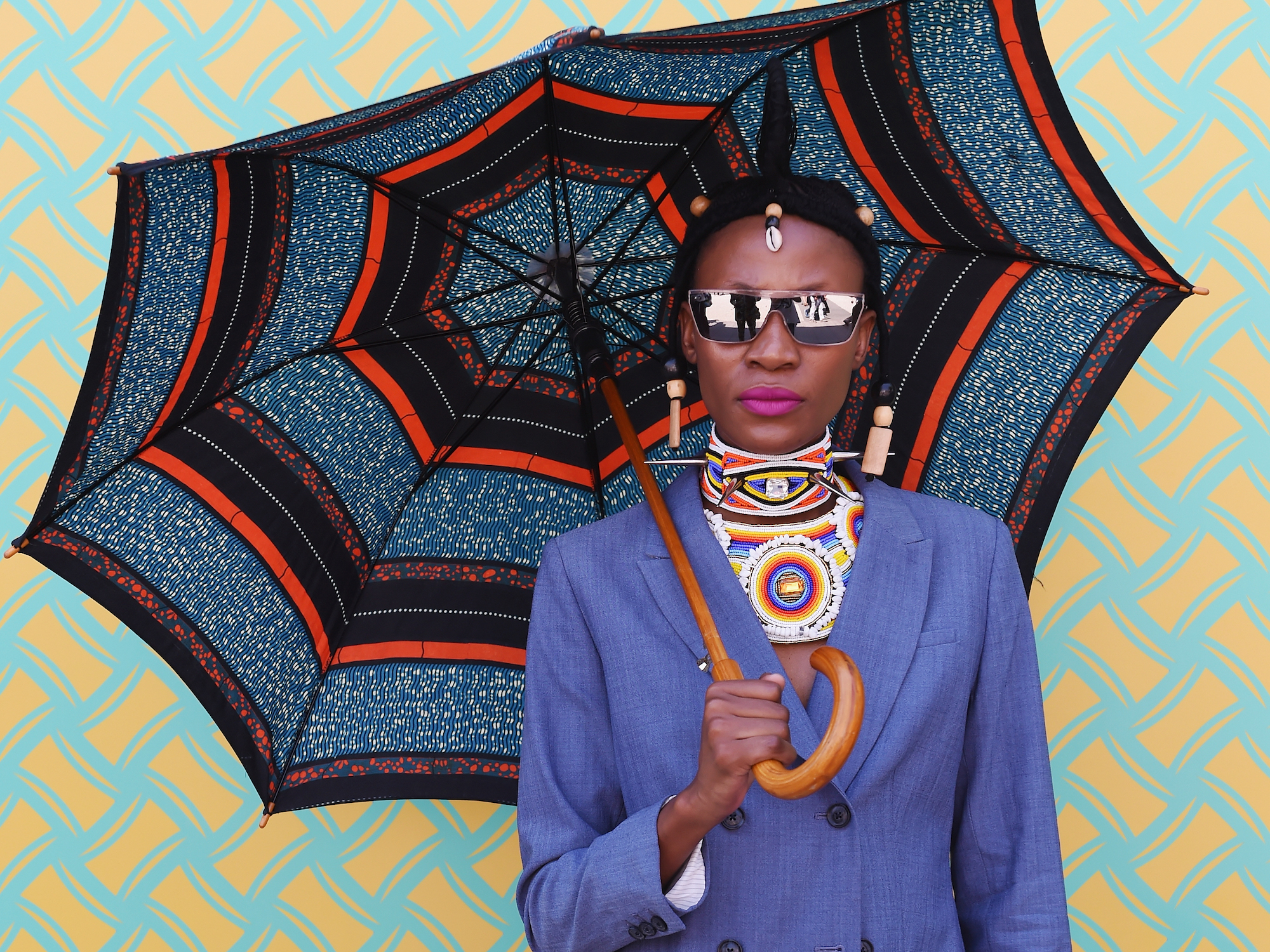 Umbrellas were fashioned out of papyrus and peacock feathers, and designed in the likeness of the Egyptian goddess of the sky, Nut. An umbrella’s shade was therefore sacred, and strictly reserved for Egyptian nobility – anyone else who dared to step into the shadowy space was considered sacrilegious.

Opening an umbrella indoors went against its natural purpose, and could consequentially be considered an insult to the God of the Sun, according to some historians.

Pennies were some of the first items treated as representative of the good vs. evil dichotomy. Caroline Praderio/InsiderPennies are the only US coin that don’t contain nickel.

One of society’s most prevalent dichotomies is that of good versus evil, wherein “good” is associated with concepts such as lightness, luck, beauty, and justice, and “evil” is linked to selfishness, neglect, and immorality.

In ancient societies, people believed that certain metals – such as copper – were gifts from the gods and meant to protect humanity. Therefore, coins such as pennies had lucky properties; however, these same societies also believed in an ever-present battle between good and evil forces.

So, heads-up pennies came to be associated with luck, while the obverse earned a less fortuitous reputation.

In the Middle Ages, people associated black cats with the devil — and therefore tried to exterminate them all. 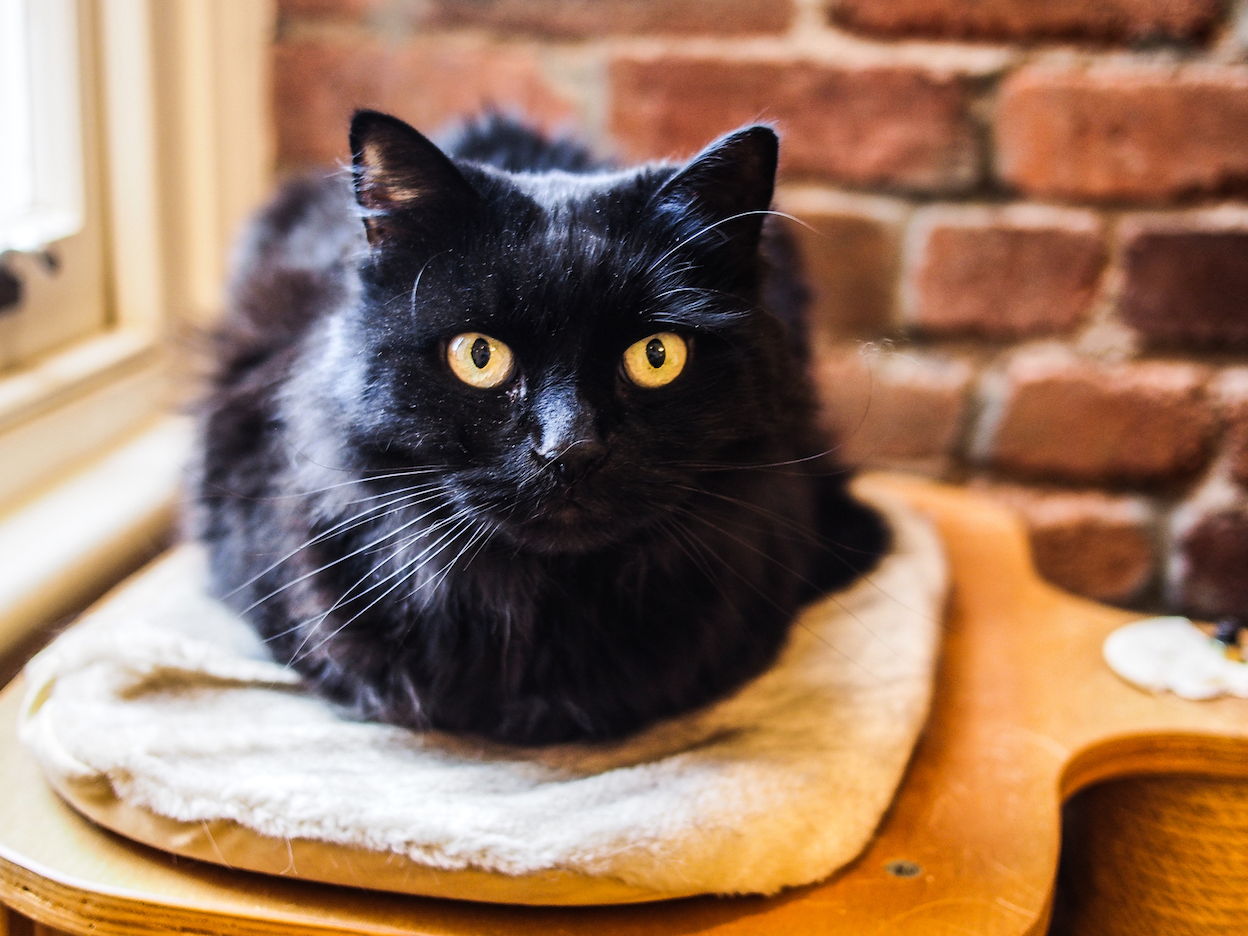 Zarnell/iStockBlack cats were associated with witchcraft.

Back in the fourteenth century, the association between black cats and the devil was so prevalent that people allegedly believed they were causing the Black Death pandemic – and tragically attempted to exterminate them as a result.

Later, when the sixteenth-century hysteria over witchcraft was at its peak, suspicious Europeans associated black cats with so-called witches, believing them to be their “familiars” – and this notion spread all the way to America, during the Salem Witch Trials.

Now, witchcraft and the occult are in vogue; there are even stores dedicated to all things witchy.

The superstition that walking under a ladder is bad luck could stem from the shape a ladder makes when leaning against a wall. 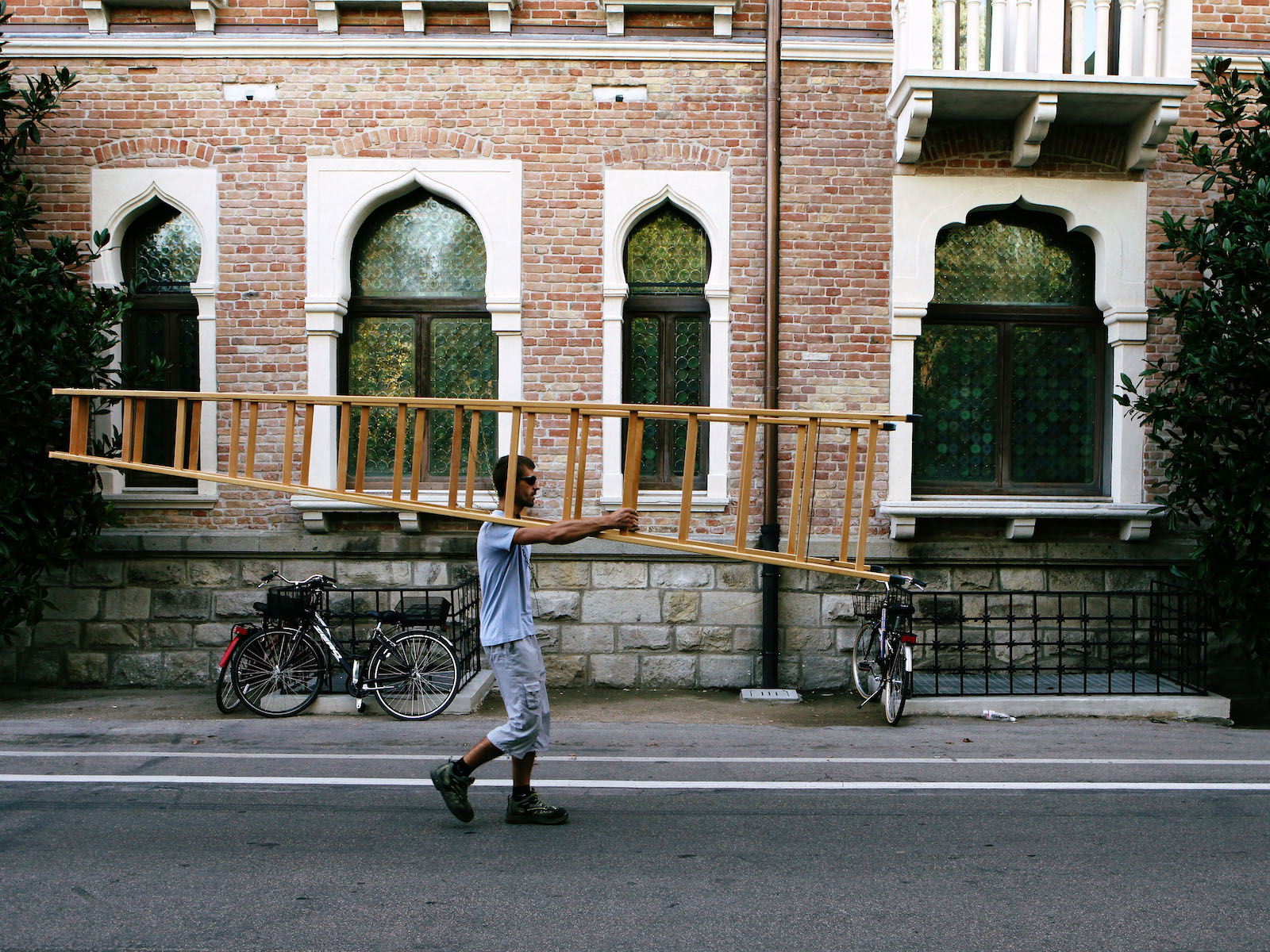 Gareth Cattermole/Getty ImagesWalking under a ladder is supposedly unlucky.

When a ladder leans against a wall, it forms a triangle shape with the wall on which it’s leaning and the ground. Walking underneath the latter could be seen as “breaking” the trinity – a blasphemous offence.

We have divine dinner parties to blame for why we consider the number ’13’ to be unlucky. 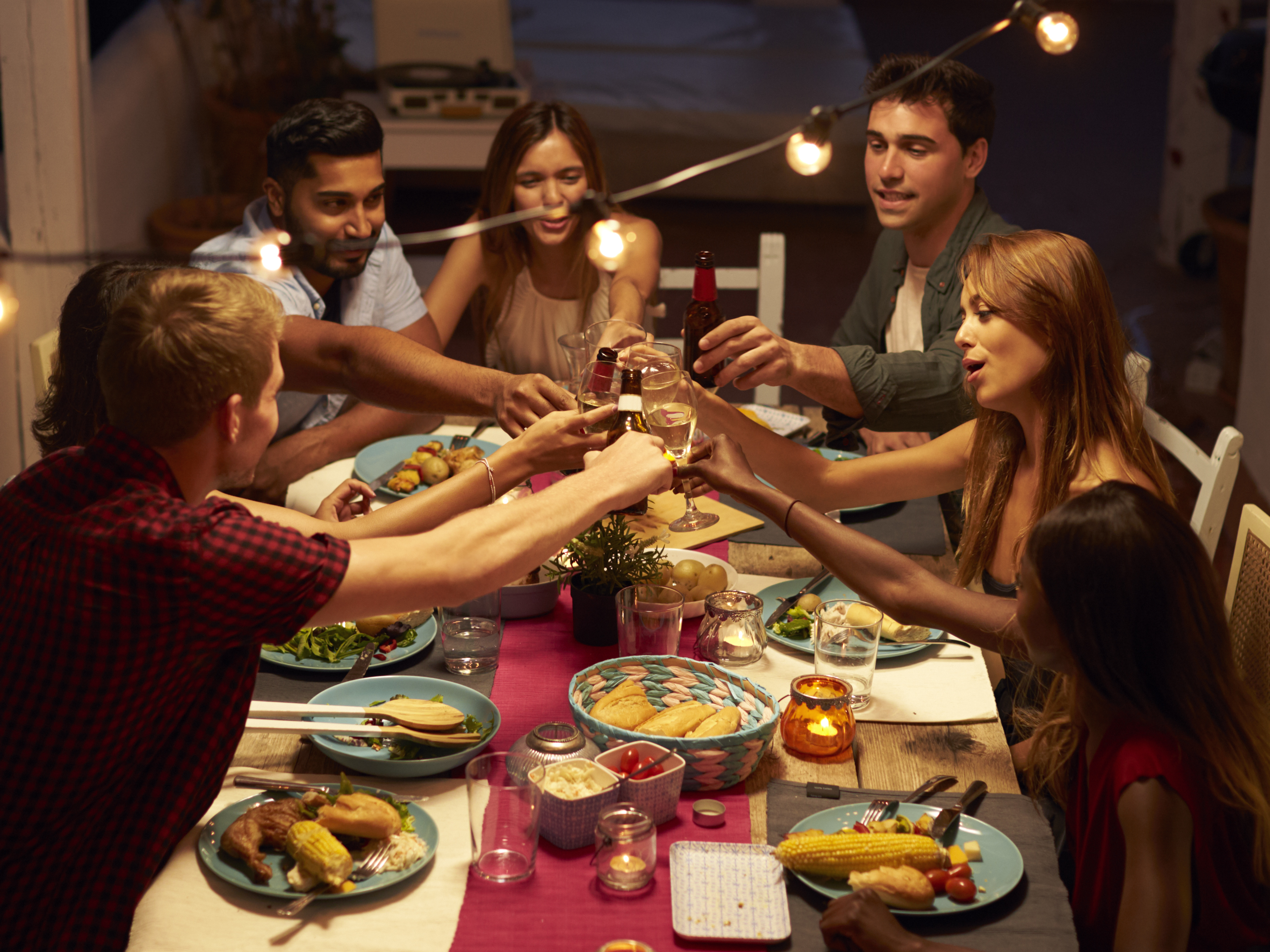 Monkey Business Images/ShutterstockNo one wants to be the 13th guest at a dinner party.

Not only was Judas Iscariot – aka the man who betrayed Jesus Christ – the 13th guest to arrive at The Last Supper in the New Testament of the Bible, but Loki, the wily trickster god of Norse mythology, introduced the world to chaos when he arrived as the 13th guest at a divine dinner party, and tricked a fellow guest into shooting the god of joy with an arrow.

Judas can also be blamed for the notion that spilling salt is bad luck. 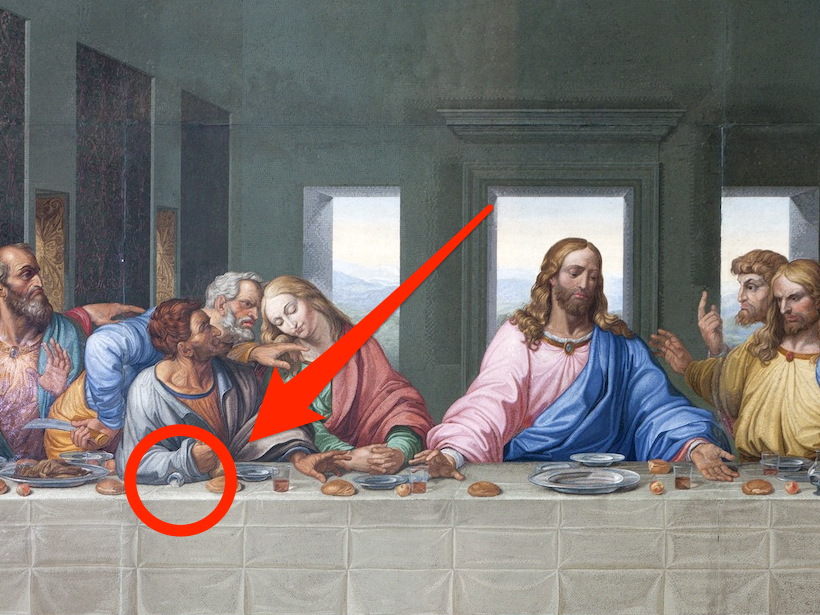 Take a close look at Leonardo da Vinci’s famous painting, “The Last Supper.” Judas Iscariot – the aforementioned unlucky 13th guest at Jesus’ dinner – is depicted knocking salt over on the table with his elbow.

Because Judas betrayed Jesus, the salt he knocked over started getting associated with his misdeeds. Luckily, throwing salt over your left shoulder supposedly blinds the devil and counteracts any bad juju you incur for spilling it in the first place.

Check out other famous art with hidden images.

Knocking on wood is a tradition that stems from ancient pagan cultures’ belief that spirits and gods resided in trees. 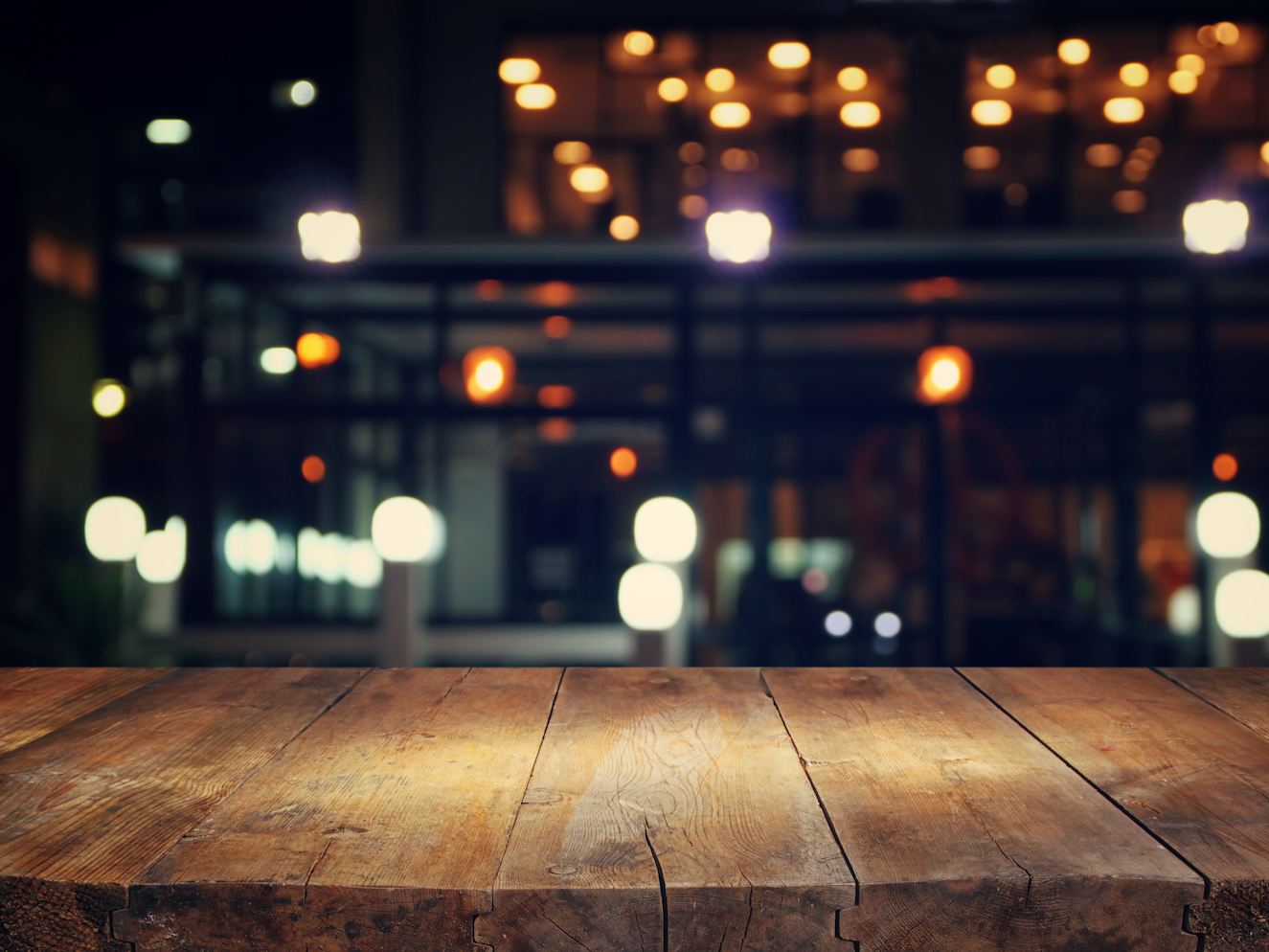 tomertu/ShutterstockBenevolent spirits were said to reside in trees.

Knocking on tree trunks was therefore an attempt to rouse the gods and call upon them for protection and good luck.

Eve was said to have taken a four-leaf clover out of Eden when she was expelled from paradise. 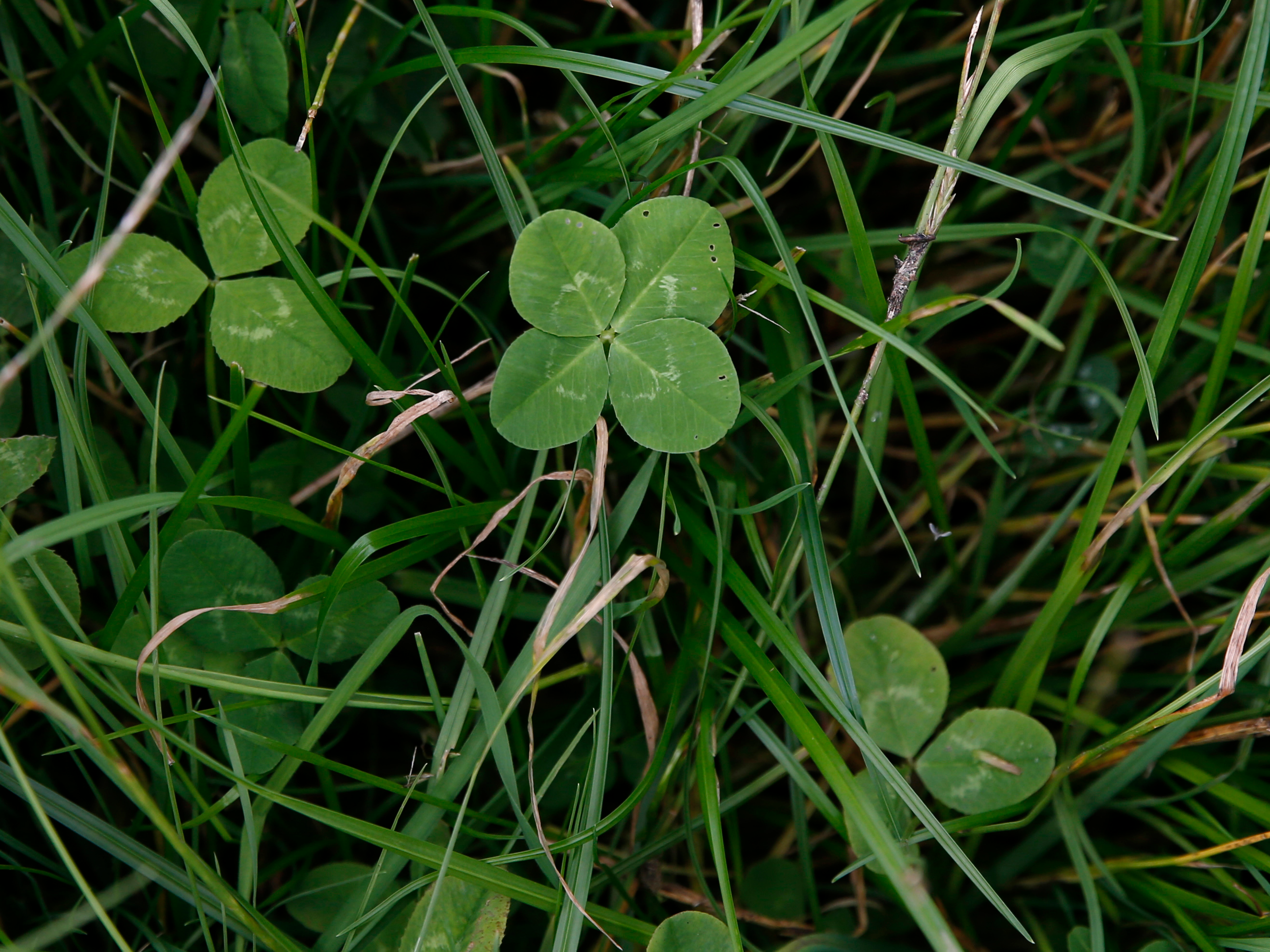 The odds of finding a four-leaf clover are purportedly one in 10,000, making them exceedingly rare finds. As the legend goes, when Eve learned that she was expelled from paradise, she took a four-leaf clover with in order that she’d never forget the Garden of Eden. Now, four-leaf clovers are symbolic of luck and prosperity.

A Greek astronomer named Ptolemy theorised that the presence of shooting stars meant the gods were peering down from the sky and open to granting our wishes. 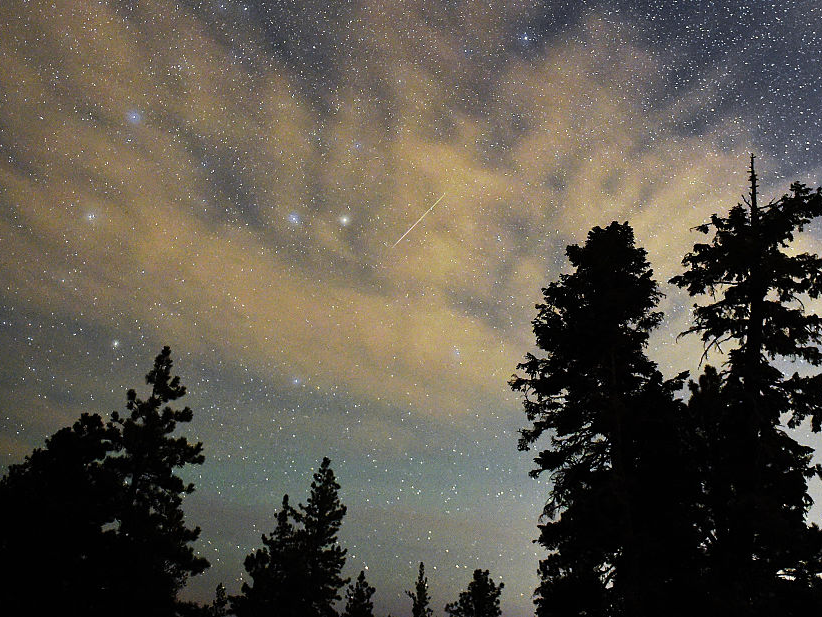 According to Ptolemy, the gods had to open up the space that divides the earth sky from the divine sphere in order to watch over humanity. Shooting stars were wont to slip through the great divider, so if you saw one blazing through the night sky, you knew the gods were watching and listening to you.