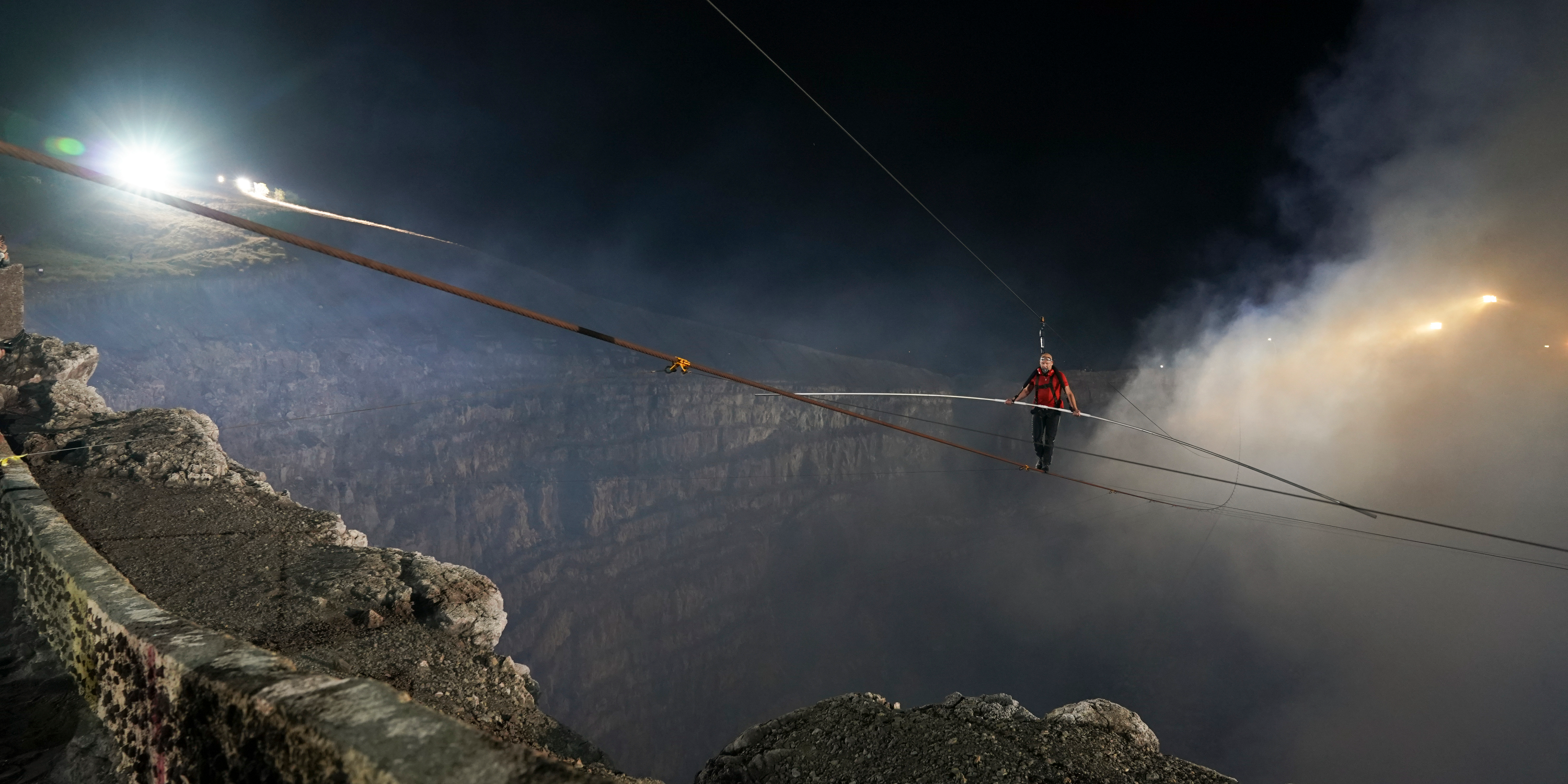 Jeff Daly via Getty ImagesNik Wallenda walking over the ‘Mouth of Hell.’

A high walker successfully crossed an active volcano on a tightrope on Wednesday, all while being filmed on live TV.

It took daredevil Nik Wallenda 31 minutes to walk across the Masaya Volcano, near Managua, Nicaragua, on Wednesday.

The volcano is 2,083 feet high and is one of eight in the world that has an active lava lake at its peak.

Wallenda’s 1,800-foot walk across a thin steel cable above the volcano’s crater, known as the ‘Mouth of Hell,” was filmed live, airing on ABC Wednesday night. He wore goggles, a mask, and a respirator for the stunt to protect himself from the noxious volcanic gasses. The Masaya emits extreme levels of hydrogen fluoride, hydrogen sulfide, hydrochloric acid, sulphur dioxide, and carbon dioxide, according to Yahoo.

Wallenda also wore a safety harness for the walk.

Some fans were disappointed upon seeing the harness, according to Yahoo, but Wallenda has used a harness during stunts for at least eight years. His last stunt without a harness was in 2013 when he walked across the Grand Canyon.

Ahead of the walk, Wallenda said he was worried about winds on the volcano.

Wallenda is the seventh generation of the famed Great Wallendas stunt family and previously walked over Niagara Falls, walked blindfolded between two towers in Chicago, and above Times Square.