A 17-year-old built one of the most popular coronavirus-tracking websites in the world, with over 30 million visitors a day. He explains why he turned down $8 million to put ads on his site. 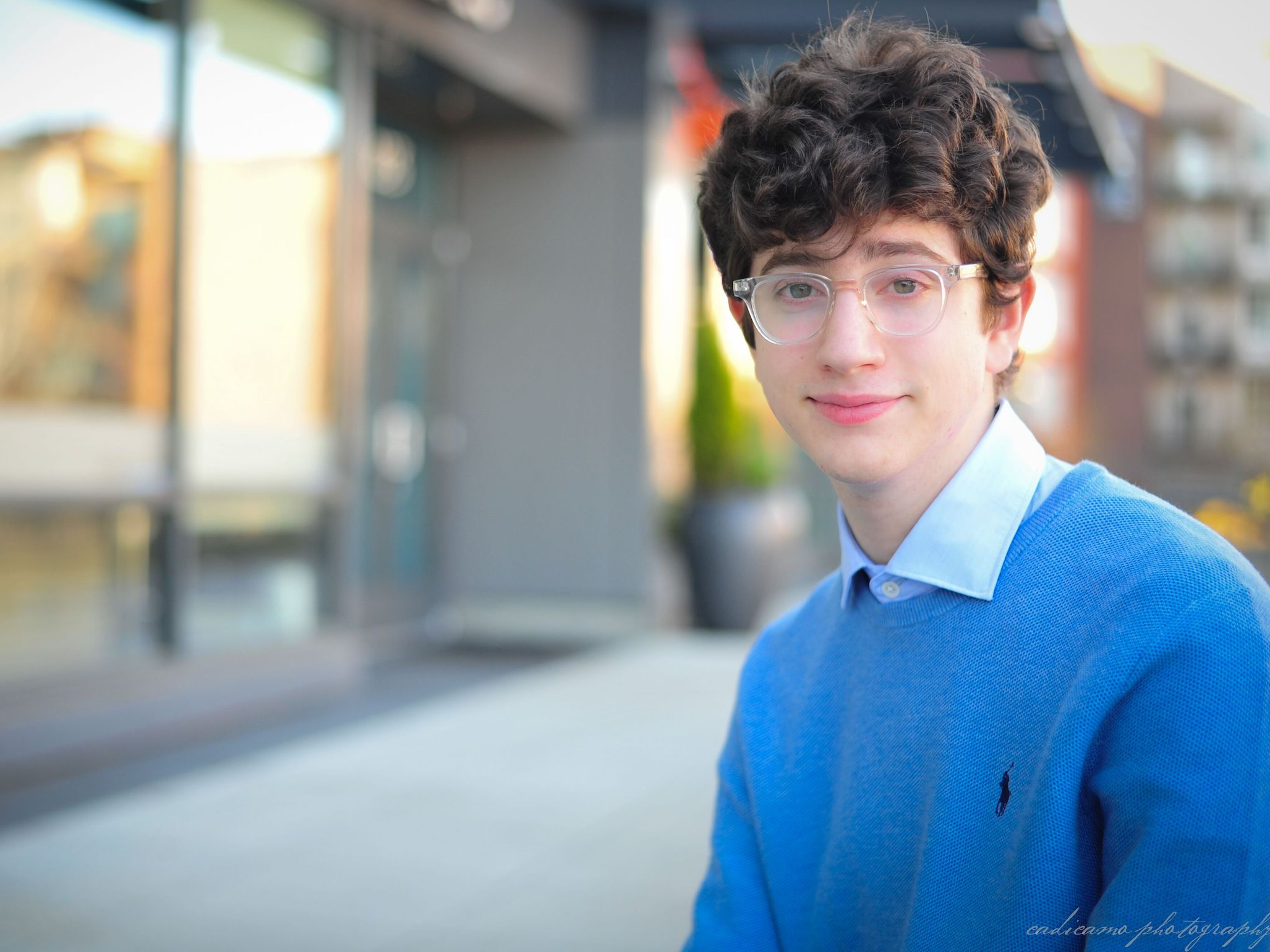 Avi Schiffmann has been procrastinating on his school work, but he has a good excuse. The 17-year-old high schooler is the creator of one of the most visited coronavirus trackers in the world, which he says now takes up “100%” of his free time.

The coronavirus pandemic doesn’t look like it will be over any time soon, and Schiffmann plans to continue actively tracking it until the end. As long as the site is up, he says he will keep working at it and adding new features. Once the pandemic is safely over, he’ll take the servers down, and maybe make a page that compares COVID-19 to SARS or the Spanish flu. He thinks it might be a historical piece of the coronavirus people can look back on.

Avi Schiffmann’s coronavirus tracker is a one-stop shop for all the information about COVID-19 the average person might want to know. It constantly updates with statistics for countries around the world on infections, deaths, recovered, and rates of change using data scraped from the WHO, CDC, and other government websites. The site frequently offers new features, like the new survival rate calculator. It also has infections broken down on a map, and pages with some basic information about the virus, including tips for hand hygiene and a list of symptoms. 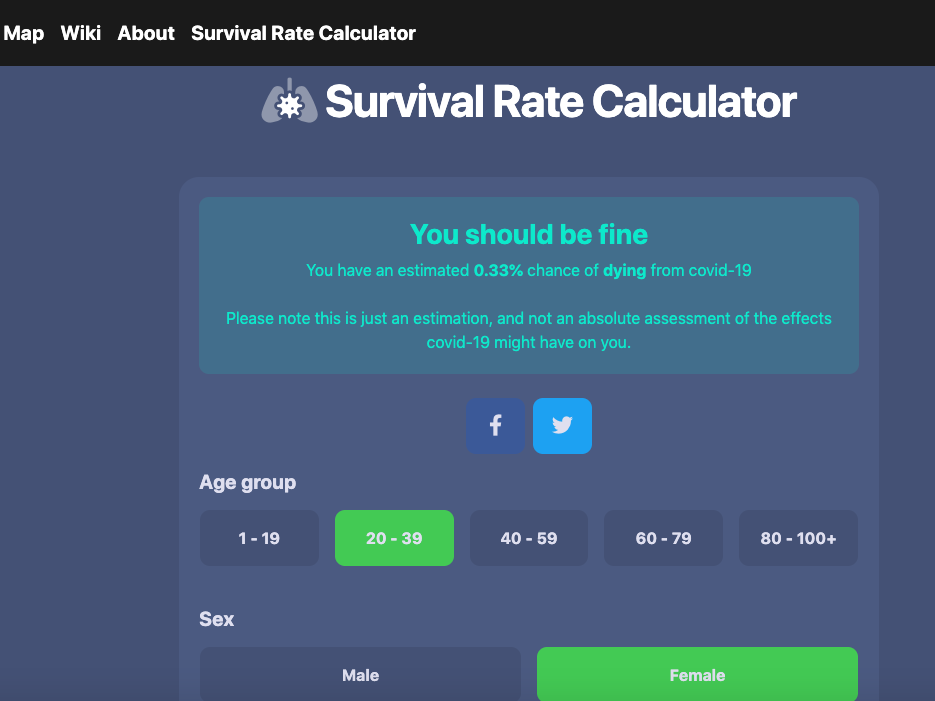 While Schiffmann is proud of the work he’s done, he doesn’t want to become a model for how to make a name for one’s self during a pandemic. “In the future, I hope pressure is on the WHO” to make a tool like this, he said, “The responsibility shouldn’t be on some random kid, but it’s obvious that people want to know the statistics.”

And it is a big responsibility. The night before we talked, Schiffmann told me that he’d been up until 7 am fixing an issue with the dashboard. He estimates that he’s put at least a few hundred hours into the site, one time staying up 50 hours straight. “It’s taken over my life,” he said, though he was quick to add that he will “gladly take on the pressure.” 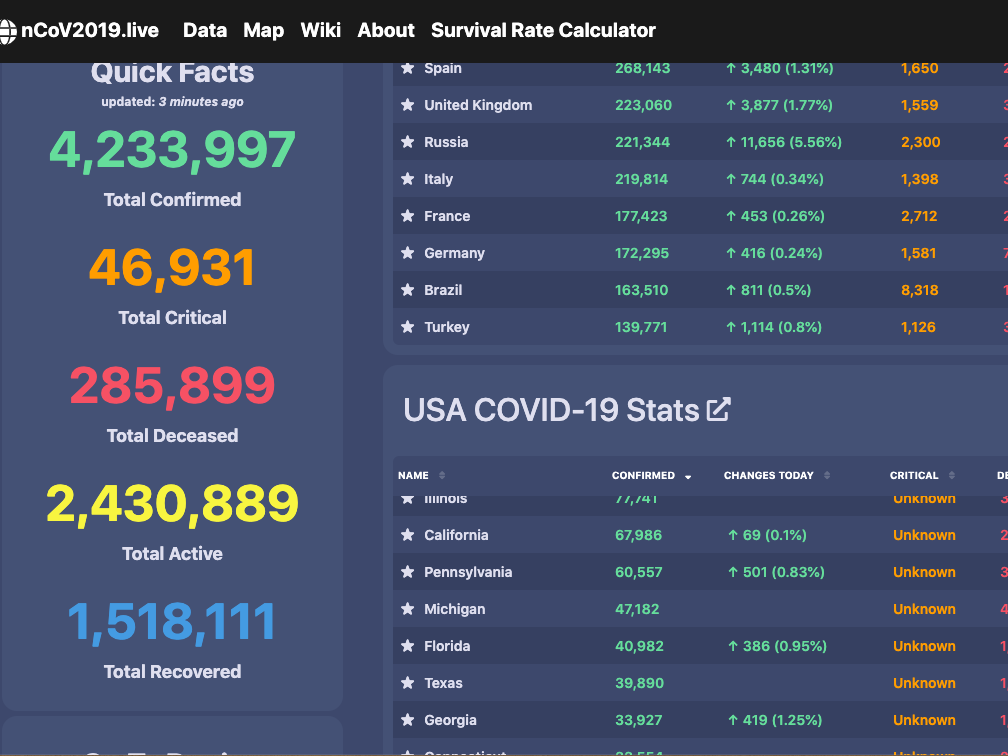 Because the tracker covers the entire world, there’s always someone checking it. Every day, he says the website gets visitors from every country in the world, which “is cool” but he doesn’t spend much time staring at the numbers. If he’s sleeping when something goes wrong with the site, then he wakes up to hundreds or thousands of messages. It’s a responsibility he takes seriously – “I was a terrible terrible high school student when this became really popular, I skipped two weeks of schools” to focus on the site and make it work. 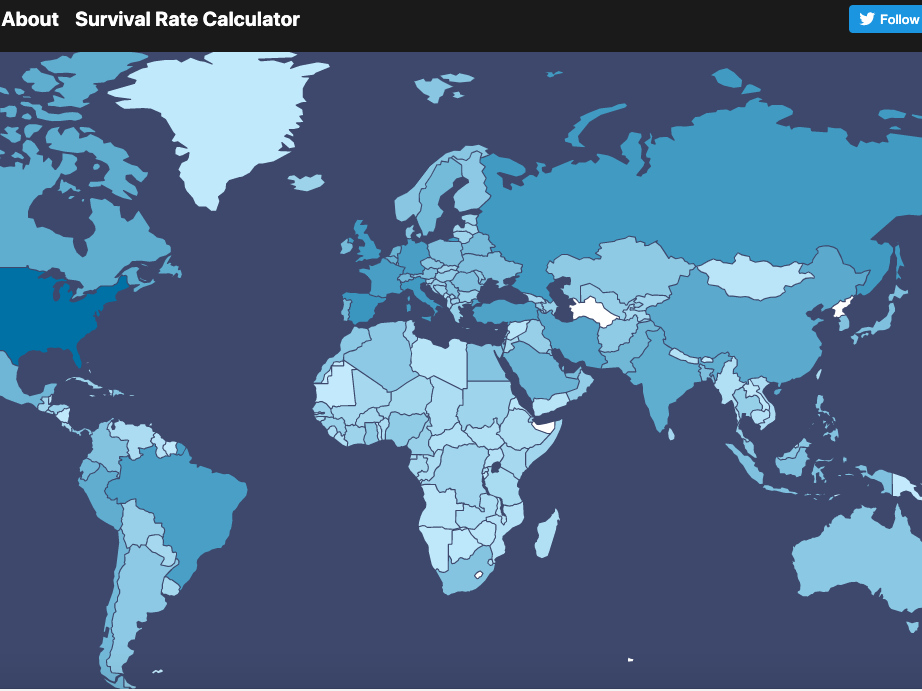 The dashboard is really popular, with about 30 million visitors a day, and 700 million total so far, so it’s unsurprising that Schiffmann has gotten offers to put ads on the website. One offer in particular would have contracted Schiffmann to keep up the site for $US8 million, which he turned down, and he says he likely could have made over $US30 million if he’d put up his own ads, but he says that’s not the goal of the site.

“I’m only 17, I don’t need $US8 million…I don’t want to be a profiteer,” he said. At first, he was almost reluctant to talk about ads, which he says everyone asks about. Then, he explained his reasoning. Schiffmann said that he didn’t want popups ruining the UI, which would be something out of his control if he sold the site. He doesn’t want to be contractually obligated to keep up the site, or to make changes that he doesn’t agree with. Specifically, he knows many of his visitors from around the world don’t have very fast internet connections, so adding on ads and trackers would slow the site down and maybe even make it unusable for them. He did set up a donation button on the website, though it of course doesn’t amount to nearly $US8 million.

“I don’t want it to leave a stain on things in the future…people think I’ll regret that decision, but I plan to do many things in the future.” Schiffmann has big plans for his future. He’s already gotten job offers, including one from Microsoft, but he isn’t interested in accepting one of those jobs now, plus he wants to keep pursuing his own projects and “the last thing you want to do is code more” after a day at work coding. Instead, he cares more about the connections he’s made from the project. “Now I know a ton of VCs and investors…if I started a company tomorrow, they’d at least read my business plan.” One of his most exciting connections so far was from security company Cloudflare, which Schiffmann uses to protect the site against DDOS attacks. CEO Matthew Prince tweeted at him, and the company sent some Cloudflare shirts. For his dream connection, Schiffmann says that he’d like to talk to Bill Gates, and he’s especially interested in the intersection of technology and public health.