Coronavirus patients report hiccups as a surprising symptom in 2 case studies. Experts say it's not far-fetched. 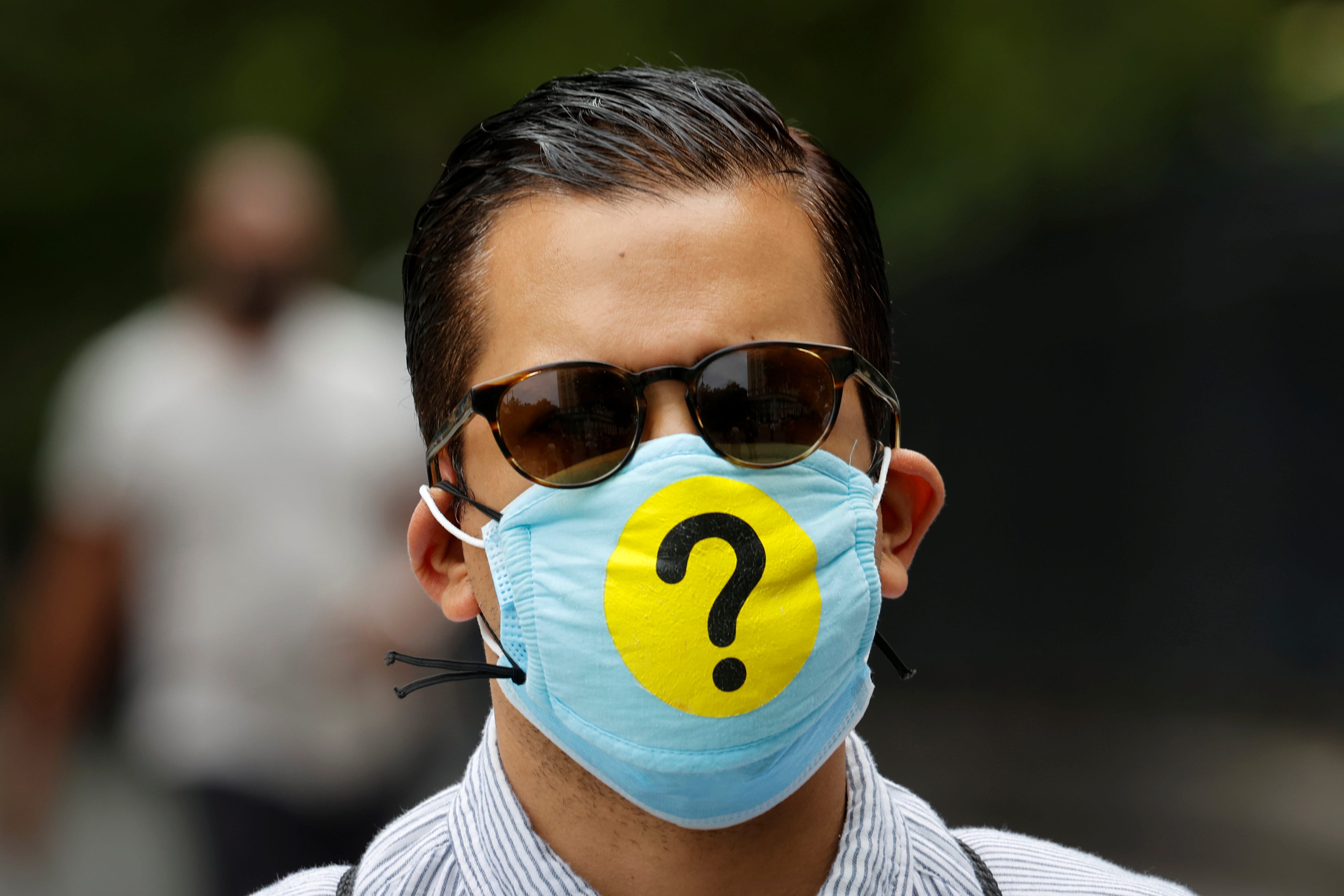 Mike Segar/ReutersA man wears a protective face mask decorated with a question mark during coronavirus outbreak in New York, May 22, 2020.

Doctors at Cook County Health’s Department of Emergency Medicine reported an unusual case of COVID-19 in April: A patient whose main symptom appeared to be hiccups.

The 62-year-old man had arrived at the ER after hiccuping for four days straight, with no idea as to why. He’d also lost 25 pounds over four months.

Thinking the man might have a tumour between his lungs, the doctors gave him a chest X-ray. Instead, the scans showed “ground-glass,” a common characteristic in COVID-19 patients’ lungs that causes them to appear cloudy on a scan. They tested the man for COVID-19; he was positive.

A similar story played out in another case study published in June, which has not been peer reviewed. A 64-year-old man came to the emergency room with persistent hiccups and wheezing. His doctors did a chest X-ray, saw ground-glass patterns, then tested the patient for COVID-19. He was positive, too.

The question both of these case studies explore – are persistent hiccups a symptom of COVID-19? – doesn’t yet have a solid answer. Other than these two examples, the association between hiccups and the new coronavirus has not been studied much.

“My overall take is, it’s hard to say,” Aparajita Singh, a gastroenterologist at University of California San Francisco, told Business Insider, adding, “I can see why many people would be interested in trying to research this question and trying to find an association, because hiccups are very, very common.”

Still, she said, the existing evidence so far is “very low-quality.”

The coronavirus can irritate the digestive system

According to the health information site Healthline, “Is hiccups a sign of COVID-19?” was a trending topic for weeks last month.

Singh said it’s plausible that hiccups could be a sign of COVID-19 for some patients, based on what we know about how the virus and digestive system interact.

If the coronavirus irritates the gastrointestinal tract, it may also impact the phrenic nerve, which controls the diaphragm. An irritated phrenic nerve can cause involuntary contractions of the diaphragm – also known as hiccups.

“Anytime the GI tract is affected, it’s biologically plausible that you could end up with the hiccups,” Lisa Maragakis, senior director of infection prevention at the Johns Hopkins Health System, told Business Insider.

To determine for sure whether there really is a connection between infection and hiccups, scientists would need more than a couple of case studies – ideally double-blind trials. Singh noted that in the two cases described, other factors could be at play: The man in the Cook County case study had low sodium levels, for example, which can also cause hiccups.

So far, none of the larger analyses of COVID-19’s gastrointestinal symptoms have included hiccups. But Singh said the two case studies have piqued her interest nonetheless.

“I would be watching out for this symptom more, following the literature,” she said. “But I would not add this to my list of symptoms right away.”

Maragakis said she encourages people who have lasting, unusual symptoms like persistent hiccups, to “err on the side of caution and get tested.”

But she added that there’s a fine line between being careful and unnecessarily anxious.

“Once you try to be vigilant of any symptoms, each of us have things we wonder about each day,” she said.