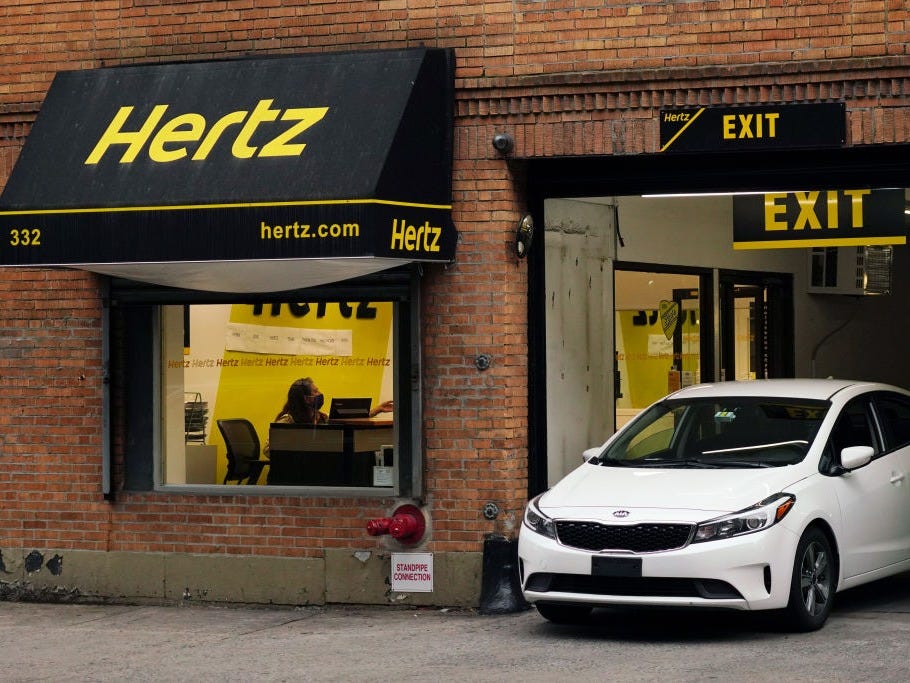 Since late May, insiders at Hertz sold shares in the company amid an epic 1,462% rally from its low of 40 cents after declaring bankruptcy in late May to its recent high of $US6.25.

Some of those shares were likely sold to Robinhood traders, who have been piling into the stock over the past few weeks, according to data from RobinTrack.net.

Since Hertz filed for bankruptcy, Robinhood accounts that owned shares of the company nearly quadrupled, from 45,000 accounts to as many as 160,000 accounts yesterday.

Ten different insiders at Hertz began selling shares on May 27 all the way up to June 8, at prices ranging from 86 cents to $US5.50. The insider sales totaled just $US238,055, and don’t include Carl Icahn’s May 26 sale of his entire stake at 72 cents per share for an estimated loss of $US1.6 billion.

Shares of Hertz are down nearly 70% from their recent $US6.25 peak reached on Monday.

Reality might be setting in with traders that the equity tends to get completely wiped out for companies that file for bankruptcy. And while day traders have recently been taking the opposite bets of veteran billionaire investors and winning in the short term, they may end up losing in the long term if they don’t take their profits. 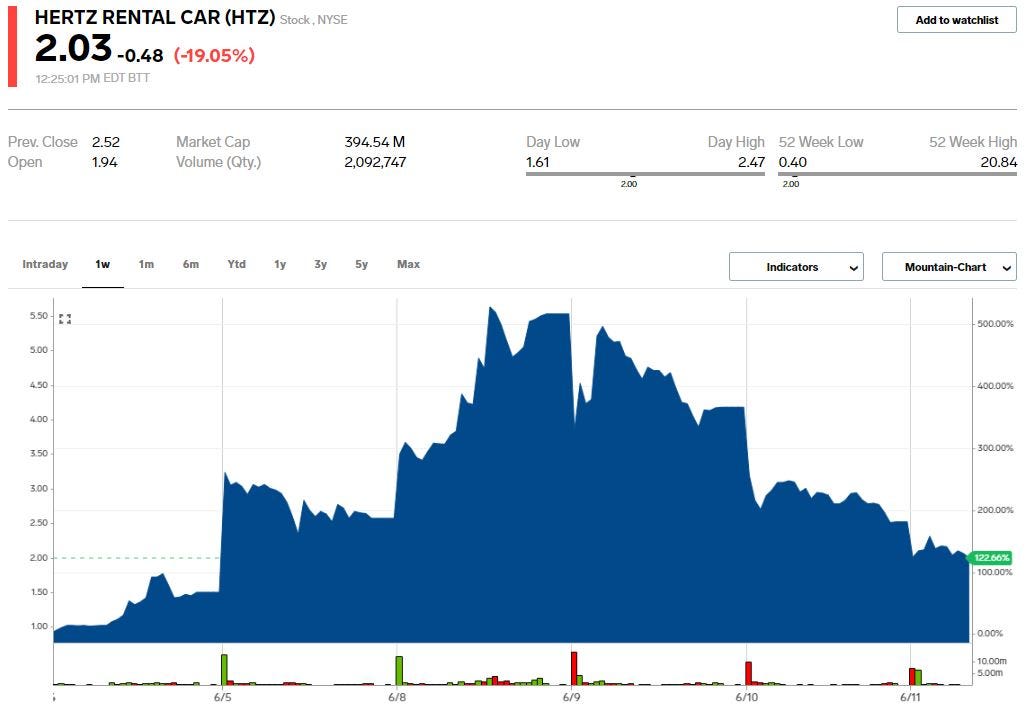