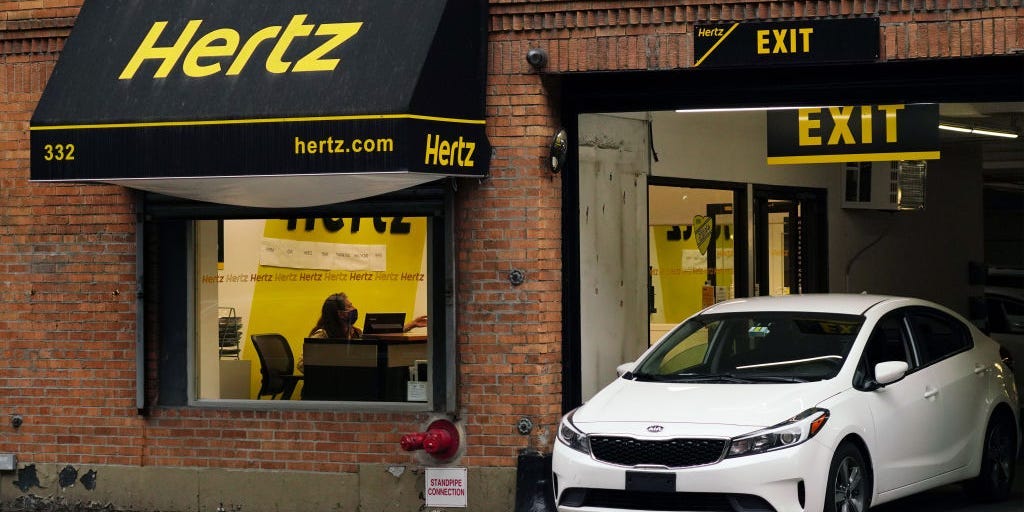 Cindy Ord/Getty Images
Hertz‘s unsecured creditors are proposing a restructuring of the car-rental firm that clashes with the company’s plan to exit from bankruptcy via a sale to two investment funds, Bloomberg reported Thursday.

As part of the planned shakeup, the lenders want to convert their holdings in the bankrupt firm into shares of the reorganized company which could be taken public, Bloomberg said, citing sources.

If the proposal is approved by Hertz’ board, the company would no longer go ahead with its planned sale to Knighthead Capital Management and Certares Management for $US4.2 ($5) billion. Hertz began negotiations with potential buyers in November, according to court documents.

The creditors view Knighthead’s bid, which values Hertz at $US5 ($7).85, as too low, Bloomberg reported. They believe Hertz has an enterprise value of $US5 ($7) billion and could fetch more under the group’s reorganization plan. The proposal hasn’t yet been sent to Hertz and terms aren’t fixed as yet.

Hertz did not immediately respond to Insider’s request for comment.

Among options being considered, Hertz’ stock would become public upon its exit from bankruptcy, according to Bloomberg. The company’s creditor group counts Alliance Bernstein, Bank of America, Invesco, Fir Tree Partners, and JPMorgan Asset Management among its members.

Hertz, one of the first so-called “meme stocks” in Reddit’s Wall Street Bets subreddit, gained immense popularity as its stock price grew tenfold in a matter of weeks last year. In mid-2020, the company looked to cash in on the interest compounded by the hive mind of the community. But the market eventually soured and it ultimately delisted in October.