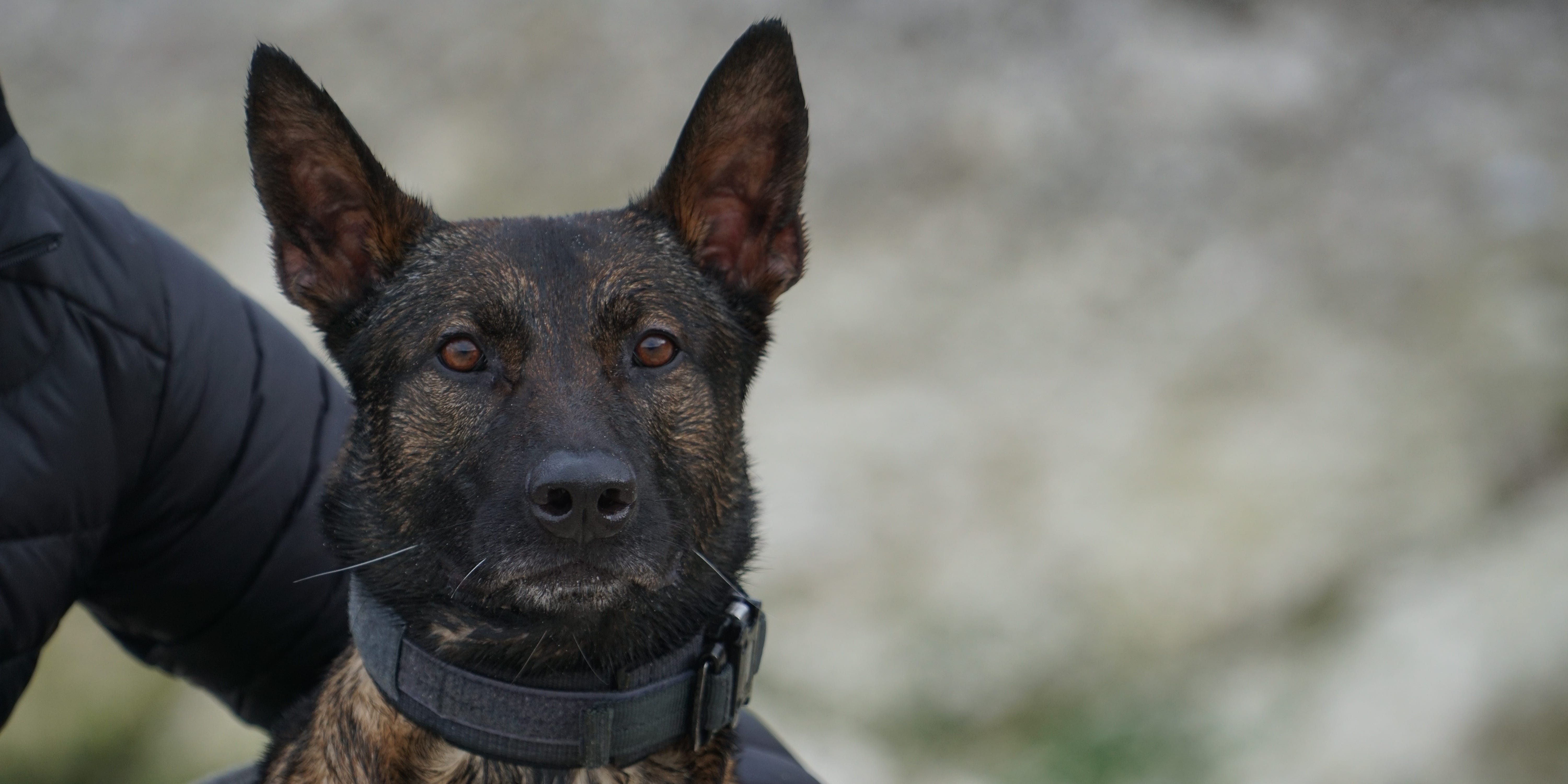 PDSA courtesy photoKuno, a military working dog who received the prestigious PDSA Dicken Medal for his heroic actions in combat.

A British military working dog who risked life and limb to take out an enemy gunman pouring fire on his team in Afghanistan has received the highest award an animal can receive for actions in combat.

Kuno, a Belgian Shepherd Malinois, has been awarded the People’s Dispensary for Sick Animals (PDSA) Dickin Medal, the animal equivalent of the prestigious Victoria Cross, for his outstanding bravery and devotion to duty demonstrated during a 2019 raid on a fortified Al Qaeda compound.

Kuno, just four years old at the time of the compound raid, had already proven his worth in the early stages of the assault, taking out an insurgent and discovering various weapons and explosives hidden in the compound. 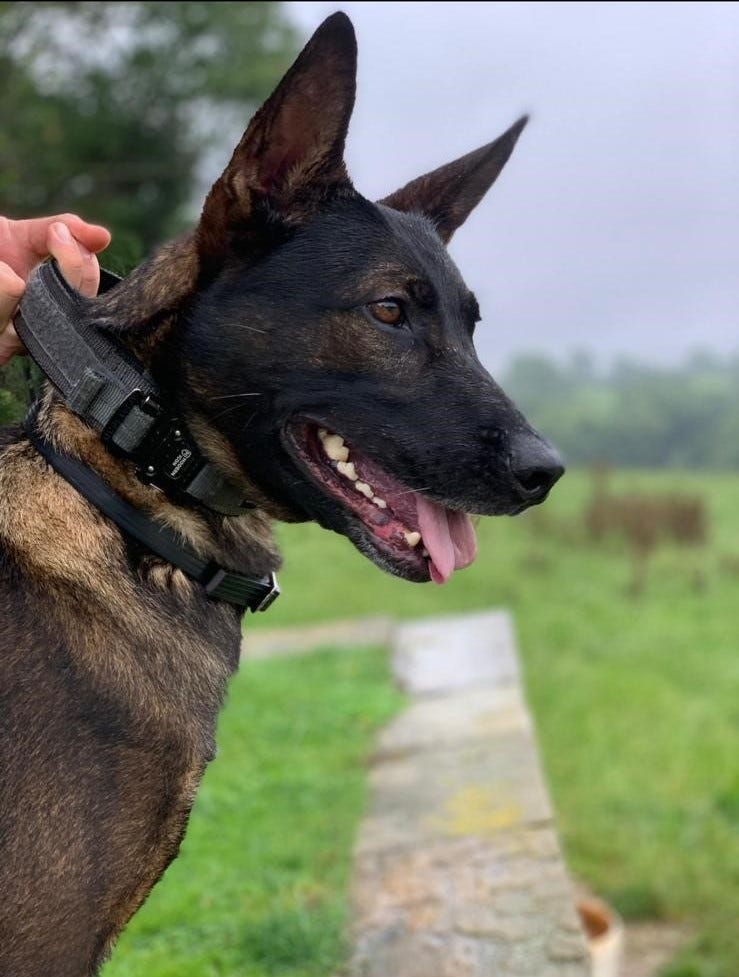 As the fight continued, another insurgent concealed in a doorway opened up on the assault force with grenade and machine-gun fire, pinning the team down.

Unable to move without potentially taking casualties, Kuno’s handler turned to him. The dog took off at the gunman, who fired wildly into the night at the animal running full speed toward him.

Kuno was shot twice in his hind legs, with one bullet nearly missing a critical artery, but he did not halt his attack until the threat was neutralised. And, he continued to fight after that, relenting only when the mission was finished.

Kuno was hurt badly. His handler and a medic patched the dog up as best they could and then evacuated him to the US Army Veterinary Treatment Facility in Afghanistan. 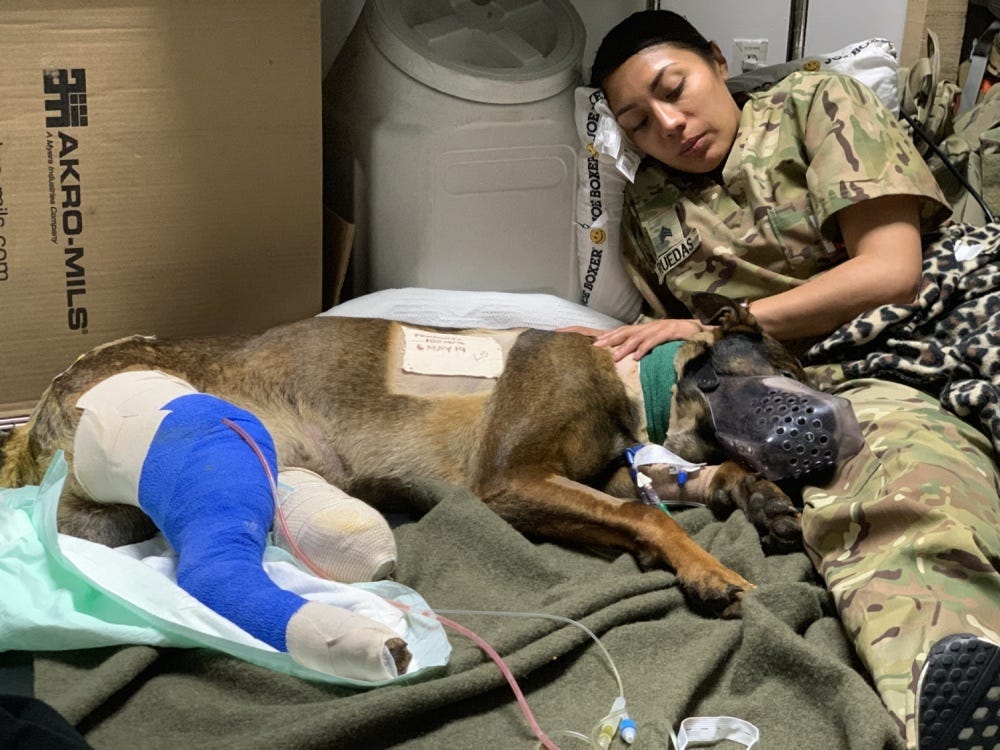 “When I saw the handler roll up with Kuno on the stretcher, my heart sank for a few seconds,” US Army veterinarian Maj. Jake Lowry, who knew and had played with Kuno, said in an Army statement. 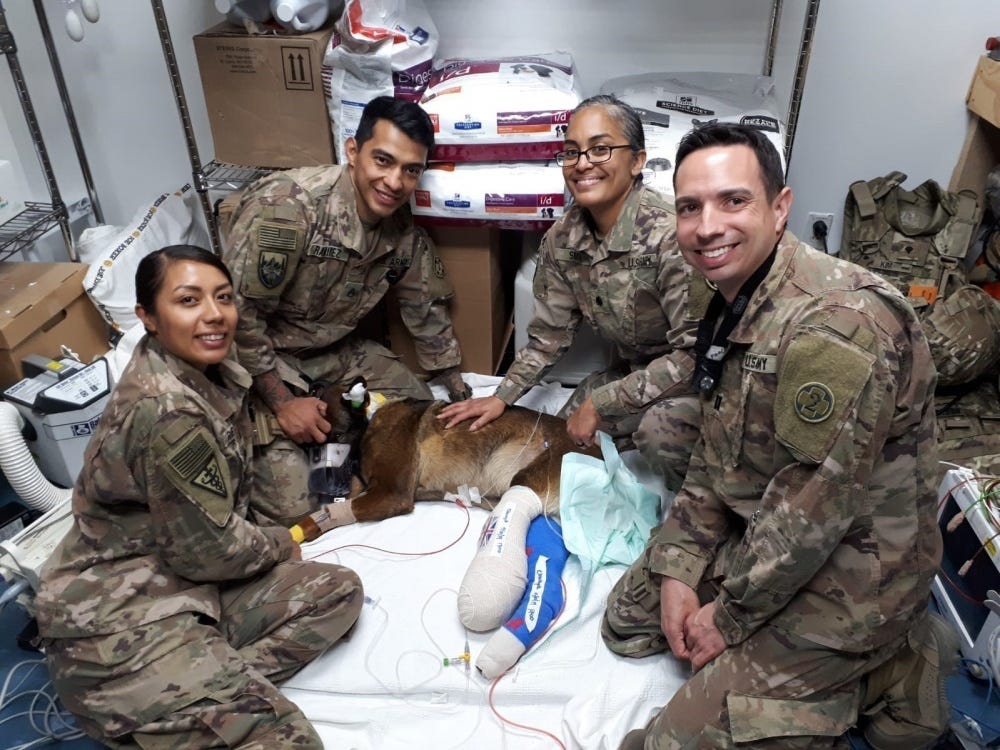 Given the severity of his wounds, Kuno required multiple life-saving operations. One of his hind legs and part of his other rear paw had to be amputated.

Kuno later returned to the UK for recovery and rehabilitation. The now retired dog has since been outfitted with prosthetic limbs.

This heroic canine left a lasting impact on the Army veterinarians who treated him. “Kuno’s unstoppable drive and spirit made Kuno so special to me,” US Army Lt. Col. Leah Smith, commander of the 149th Veterinary Detachment (Forward 2), said.

“He is the epitome of what we hope to be as soldiers, self-sacrificing, determined, and unwavering in carrying out the mission,” she added. 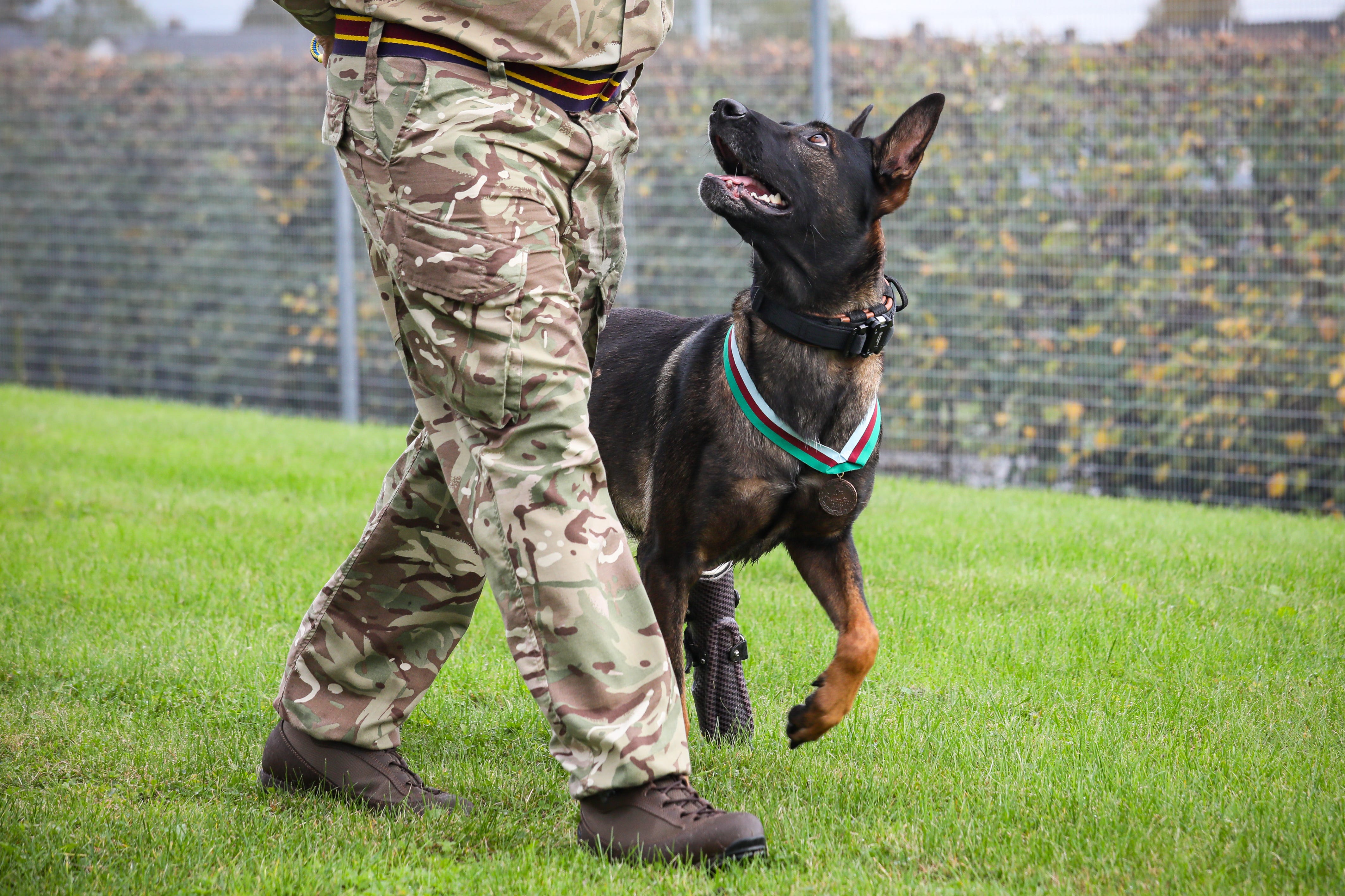 PDSA courtesy photoKuno, wearing the PDSA Dicken Medal, with a member of the UK armed forces.

PDSA Director General Jan McLoughlin called Kuno a “true hero,” adding that “his actions that day undoubtedly changed the course of a vital mission, saving multiple lives in the process.”

Kuno is the 72nd animal to received the PDSA Dickin Medal. He joins the ranks of not just outstanding canines, but also horses, pigeons, and a cat.

“I’m delighted that Kuno will receive the PDSA Dickin Medal,” British Defence Secretary Ben Wallace said in a statement. “It is testament to his training, tireless bravery and devotion to duty which undoubtedly saved lives that day.”

“I am very proud of the role our military working dogs play on operations at home and abroad,” he added. “Kuno’s story reminds us of the lengths these animals go to keep us all safe.”

PDSA is a veterinary charity, and the Dickin Medal is a prominent award that was created in 1943 by the charity’s founder, Maria Dickin.