The pandemic is giving the US a chance to fix its embarrassing unemployment benefits. Top economists tell us what the future of this crucial system could look like. 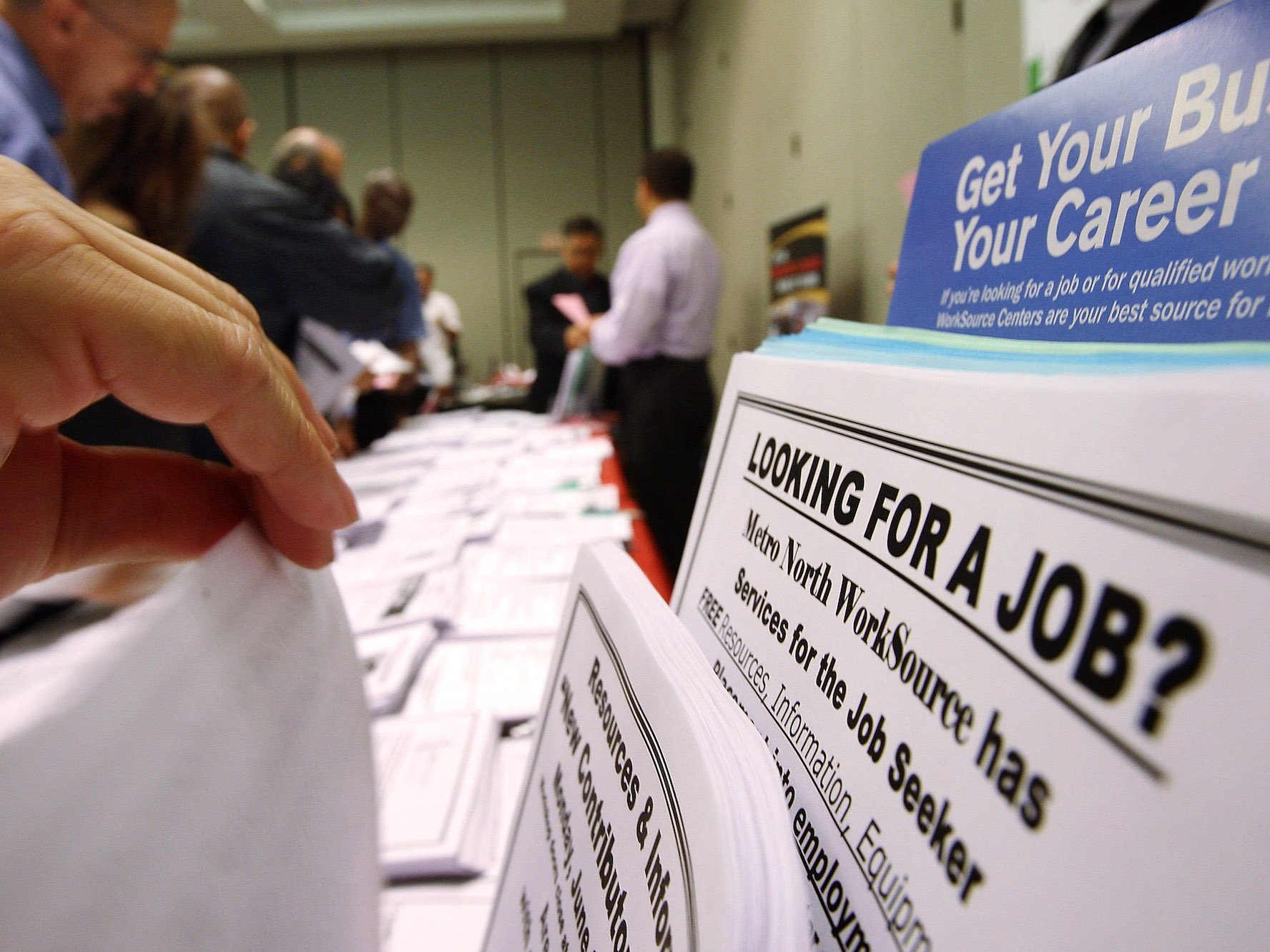 Since he lost his job on March 6, Kris Huber estimates he has called the Pennsylvania Department of Labour hundreds of times.

Huber was a sound engineer and musician that worked various part-time jobs to pay his bills until they all stopped offering him hours in early March. Huber said he struggled to access unemployment benefits during the economic downturn since, and it appears that most Americans in his position did, too – out-of-work residents in Washington, Maryland, New York and more have reported website crashes and difficulty getting ahold of office workers.

After six weeks of contacting the Labour Dept. on a daily basis without receiving a single response, Huber said he gave up calling. “Am I gonna waste my entire day to contact someone who doesn’t want to talk to me?” he said.

And there may be many who have given up on getting through, as one survey estimates 4 million workers are out of work but still not getting benefits. Overall, more than 30 million Americans have filed for unemployment in the past six weeks, wiping out more than a decade’s worth of job growth.

State unemployment systems’ struggles represent a major flaw in the record $US2.2 trillion stimulus package designed to provide coronavirus relief, a central plank of which involved getting funds to Americans via the unemployment process.

Huber and other Americans out of work are struggling to access benefits because the state unemployment offices that administer them have been underfunded and underserved for decades. One expert told Business Insider that these systems are so outdated, they rely on technology that hasn’t been updated in decades.

But there are glimmers of hope amid the darkness.

First of all, many millions who have needed unemployment benefits have been able to get them, in addition to the stimulus’ $US600 weekly bonus payment that lasted through the end of July. And the failures that have occurred may finally lead to a period of reform, experts told Business Insider.

Here are four expert opinions on the future of unemployment insurance in the wake of the coronavirus-fuelled recession:

Evermore, the top unemployment insurance researcher at NELP, a progressive think tank that advocates for employment legislation, described the unemployment system as a federal-state partnership to both aid involuntarily unemployed workers and circulate cash to stimulate the economy during recessions.

According to the Federal Reserve Bank of Minneapolis, unemployment insurance was designed with its current partnership structure in the Social Security Act of 1935 because the federal government feared challenges to a federal program on constitutional grounds. (Many states had attempted and failed to create unemployment programs earlier in the 1930s, with Wisconsin being the first to succeed, in 1932.)

Because of the circumstances of its creation, many states have since had leeway to cut the maximum number of weeks for which an applicant can get claims and weekly allowances. While the initial federal guideline was once a maximum of 26 weeks unemployment, Evermore said many states have decreased that down to as low as 12 weeks.

Looking forward, Evermore said she expects Congress to enact permanent changes to the unemployment insurance system to allow access to aid for more workers, like those in the gig economy, and to allow for better benefit availability in states that have cut funds.

“If that doesn’t happen, then we will have to deal with it state by state and that could be a big problem because state trust funds will run out and there will be a pressure to cut benefits like states did after the last recession,” she added.

Heidi Shierholz, senior economist and director of policy at the Economic Policy Institute and former chief economist at the US Department of Labour

Shierholz said one silver lining in the appalling recession so far has been the multi-billion investment into aiding statewide unemployment benefits systems.

Congress passed a $US2.2 trillion stimulus package in March that provided a $US250 billion increase in unemployment aid. The resources helped increase the scope of workers eligible for paid leave, and allocated $US600 per week of additional benefits to laid-off workers.

Shierholz said the funds provided much-needed monetary support to the “utterly neglected” state UI programs, which had been using a computer program from the 1970s. The computer program hasn’t been taught for decades.

In the future, Shierholz said she hopes the federal government takes more responsibility for administering unemployment benefits in times of crisis. The patchwork of statewide rules and standards creates an inequality problem: not including the $US600 bonus from the stimulus package, unemployed workers in Massachusetts can get access to as much as $US1,220 per week for 26 weeks, while Georgians can get just $US365 per week for 12 weeks.

“And I’m not just saying we should federalize the program because I’m national-oriented,” Shierholz said. “Many things make a lot of sense to be administered at the state level – UI isn’t one of them.”

One reason why Americans have struggled to get unemployment relief is strict state enforcement laws to verify that beneficiaries are looking for work, Stettner said. Many workers in states looking to reopen sooner rather than later could get hit by this qualification – you must be actively searching for work to receive benefits, even if public health experts say it’s still not safe to do so.

Due to the weak infrastructure in verifying jobless claims, even the best states have had difficulty keeping up with the surge in demand, according to Stettner. “I think you had the infrastructure really underinvested in and weakened going into this crisis,” he said. “The human infrastructure, the expertise, the IT was not up to snuff to where it needed to be.”

Like Shierholz, Stettner said the system would benefit from federal minimums for how long and how much unemployment aid states can provide.

“Will Congress recognise this situation will go on longer and they need to shore up resources and put in some greater federal standards? I think left to their own devices, states will cut back benefits,” Stettner said.

Jacob Robbins, assistant professor of economics at the University of Illinois at Chicago

Aside from policies and standards, the most important thing that needs reform is America’s cultural view of unemployment insurance.

Robbins said many Americans have a false idea that if the US provides workers with generous unemployment, they will stay home and stop looking for work. In reality, research indicates that extended benefits do not delay Americans from finding work.

“I would hope that we can use this crisis to really reform the UI system and provide true insurance for future recessions and if we can do that, yes, it will be a silver lining,” Robbins said. “Whether we will do that is beyond my pay grade.”