Trump said he 'always' took the coronavirus seriously. Here's what he was actually doing. Throughout January and February, President Donald Trump carried on as he normally does: He golfed, held rallies, and tweeted. Meanwhile, a novel virus was spreading across the world and to the United States.

But now, as the US’s confirmed cases far surpass those of all other countries, Trump claims he always took the virus seriously, even though he downplayed it for weeks while focusing on other things.

“I always treated the Chinese Virus very seriously, and have done a very good job from the beginning, including my very early decision to close the ‘borders’ from China – against the wishes of almost all,” Trump tweeted on March 18. “Many lives were saved. The Fake News new narrative is disgraceful & false!”

Trump has since said he downplayed the virus to give Americans “hope,” but public-health experts have said he robbed the US of vital time to prepare for the pandemic and may have encouraged people to be complacent by saying it would disappear.

The novel coronavirus, which causes a disease called COVID-19, emerged in Wuhan, China, in late December. It was not identified as a new virus until January 7.

The first coronavirus case in the US was reported on January 20, and the first death from COVID-19 on American soil was confirmed roughly a month later, on February 29. The World Health Organisation classified the outbreak as a pandemic on March 11, and Trump declared a national emergency on March 13.

Before and after that, the president repeatedly downplayed the threat of the coronavirus and misled the public on the government’s response.

Pushing the US to the brink of war with Iran:

Golfing and holding rallies during his impeachment trial and as the intelligence community started to issue warnings about a pandemic: 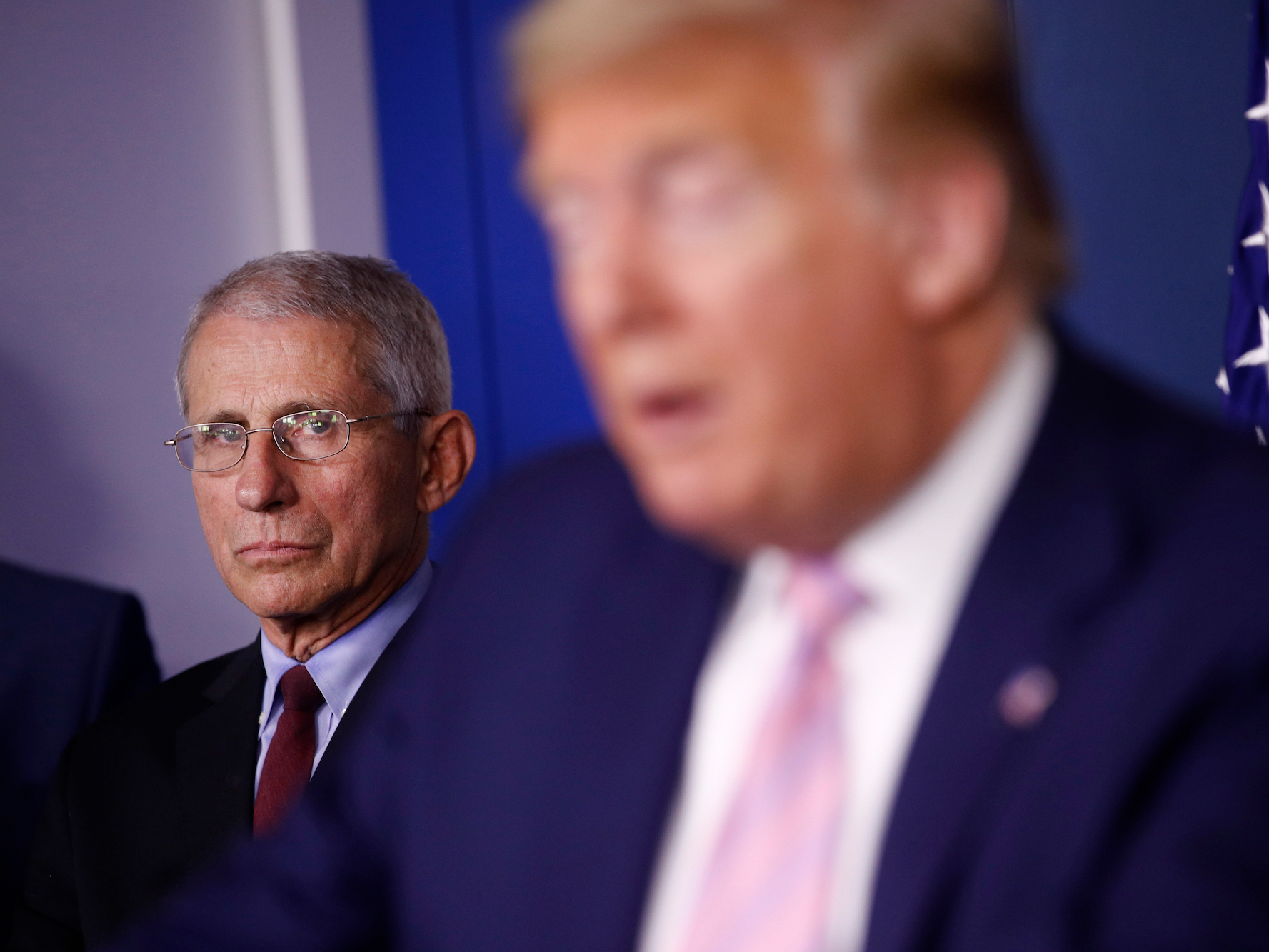 Associated Press/Patrick SemanskyDr. Anthony Fauci, the director of the National Institute of Allergy and Infectious Diseases, listens as Trump speaks during a coronavirus task force briefing on, Saturday.

Trump is taking a serious tone, but it’s unclear how long that will last