The Con of the Decade, which I described last July, is being set up nicely.

I described The Con of the Decade last July (2010). The Con makes me a heretic in the cult religion of Hyperinflation. I consider myself an agnostic about the destruction of the U.S. dollar and hyperinflation (basically the same thing), but my idea that hyperinflation is fundamantally a political process makes me a heretic. I skimmed a few of the dozens of comments posted on Rick’s Picks and Zero Hedge after they posted one of my expositions on this dynamic, and didn’t see even one comment in favour of this perspective.

The Con is being set up right now, and the outlines are clearly visible. The Con works like this:

2. The losses were transferred to the public (Federal government, i.e. The central State) or its proxy, the Federal Reserve (i.e. the central bank), via bailouts, backstops, guarantees, the Fed’s purchase of taxic assets, and an open window for the financiers to borrow billions at zero interest (ZIRP) for further speculations.

3. The Treasury now borrows $1.6 trillion every year, fully 11% of the nation’s GDP, as the Central State has replaced private demand and credit expansion with its own borrowing and spending.

4. Non-U.S. central banks have largely ceased to support this unprecedented scale of borrowing, so the Federal Reserve now buys most of the Treasury’s issuance of debt via QE2 (quantitative easing, the direct purchase of $600 billion in Treasury bonds).

5. Unlike Japan, the U.S. cannot self-fund its own government borrowing: while U.S. investors, banks and insurance companies do own a significant chunk of Treasuries, the U.S. savings rate (capital accumulation) is still abysmally low, around 4%, which is half the historical average savings rate.

This is the result of the Keynesian Cult’s One Big Idea, which is to pull demand forward and encourage borrowing and spending now by any means necessary, and thus sacrifice capital formation/saving.

So the basic outline of the Con is that private losses from the financialization of the U.S. economy were shifted to the public. Now to keep the Status Quo and Financial Plutocracy from imploding, the public is on the hook for $1.6 trillion in additional borrowing every year until Doomsday (around 2021 or so).

Having secured the backing of the Central Bank and Central State, the Plutocracy’s only problem now is that it needs a risk-free source of high-yield income. Yes, it has a trillion dollars or so sitting in bank reserves, collecting interest from the Federal Reserve; this is certainly risk-free, but the Fed’s Zero Interest Rate Policy (ZIRP) keeps the rate of return absurdly low.

Here’s where we see the Con taking shape. The ideal setup for risk-free returns is to own Treasurys that pay a high yield. The way to get higher interest rates is to first make the Treasury market supremely dependent on a central bank or single buyer: Done. That buyer is the Federal Reserve.

Next, have that buyer stop buying. Suddenly, interest rates start moving up. If you don’t believe this is possible, or part of a larger project, then please explain why PIMCO sold all its Treasuries. Duh–because interest rates are set to rise, and not by a little bit or for a brief span, but by a lot and for years.

That means holders of long-term Treasuries (and other debt) will be cremated as rates rise. (Holders of TIPS will do OK, unless the government fraudulently sets the rate of inflation well below reality. Hmm, isn’t that exactly what’s it’s already doing?)

Once long-term rates have leaped up, then start accumulating the high-yield bonds. Why would rates jump? Supply and demand: as the demand for low-yield Treasuries dries up, the supply keeps rising: every month, the Treasury has to auction tens of billions of dollars of bonds, or even hundreds of billions of dollars. There is no Plan B, the bonds must be sold, and if there are no buyers, then the yield has to rise.

Once rates have been engineered much higher, the Financial Oligarchy accumulates the high yielding bonds.

Here’s where “austerity” comes in. Once rates are so high that they’re choking the real economy, then voices arise demanding the Federal government stop borrowing and spending so much. Austerity (forced or otherwise) soon reduces the supply of bonds hitting the market and so rates decline, boosting the value of the high-yield debt.

To service the cost of all this Federal borrowing, taxes are raised on what’s left of the productive members of society.

To add insult to injury, it will become “patriotic” to “buy bonds.”

3. “Austerity” is now seen as inevitable–but not just yet: check.

What the true believers of hyperinflation and the destruction of the dollar cannot accept is that debt is an asset to the owner of that debt. In focusing solely on the advantages of inflation to borrowers, they ignore the critical fact that inflation quickly destroys the value of the asset that debt represents to the owner. And debt is a primary asset to pension funds, insurance companies, banks, and indeed the entire financial sector.

So in claiming high inflation is guaranteed, adherents are claiming that the entire financial sector will accept being wiped out, just so Mr. and Mrs. Taxpayer won’t have to pay interest on the ballooning government debt.

That’s exactly backward: the entire point is for Mr. and Mrs. Taxpayer to pay high yields on Treasury debt, owned by the Financial sector’s Oligarchs. The Con is to stripmine the public coffers, then impose higher rates and “austerity”, buy the debt with the cash plundered from the public, and then sit back and enjoy risk-free returns as taxes are raised on the remaining tax donkeys. Inexpensive Bread and Circuses (SNAP food stamps and the political theatre of the two parties staging a partisan “fight to the death”) will keep the peasantry entertained and complicit.

As I concluded in the first foray into the Con:

In essence, the financial Elites would own the revenue stream of the Federal government and its taxpayers. Neat con, and the marks will never understand how “saving our financial system” led to their servitude to the very interests they bailed out.

The circle is now complete: in “saving our financial system,” the public borrowed trillions and transferred the money to private Power Elites, who then buy the public debt with the money swindled out of the taxpayer. Then the taxpayers transfer more wealth every year to the Power Elites/Plutocracy in the form of interest on the Treasury debt. The Power Elites will own the debt that was taken on to bail them out of bad private bets: this is the culmination of privatized gains, socialized risk.

In effect, it’s a Third World/colonial scam on a gigantic scale: plunder the public treasury, then buy the debt which was borrowed and transferred to your pockets. You are buying the country with money you borrowed from its taxpayers. No despot could do better.

This is the ultimate endgame of the financialization of the U.S. economy and the concentration of wealth and thus political power in the hands of those who skimmed the immense gains from that financialization. 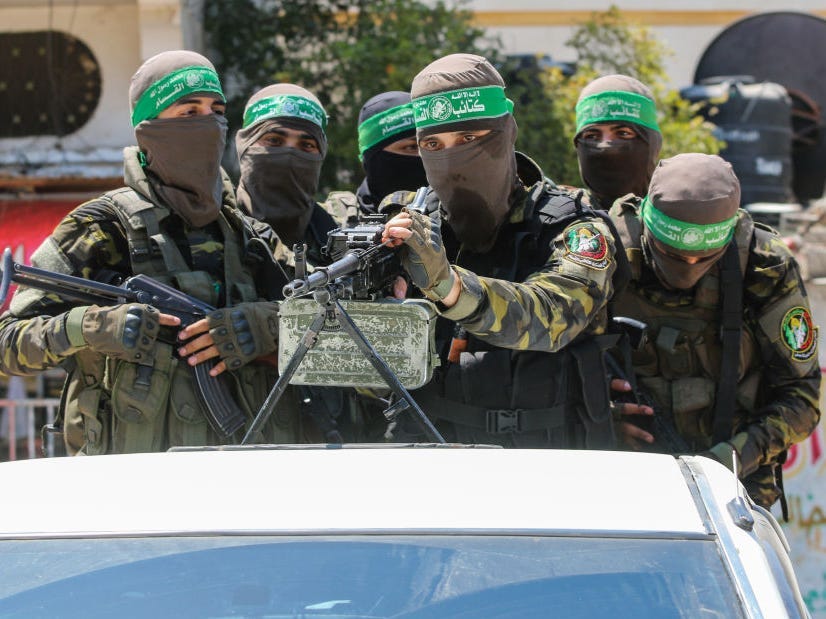 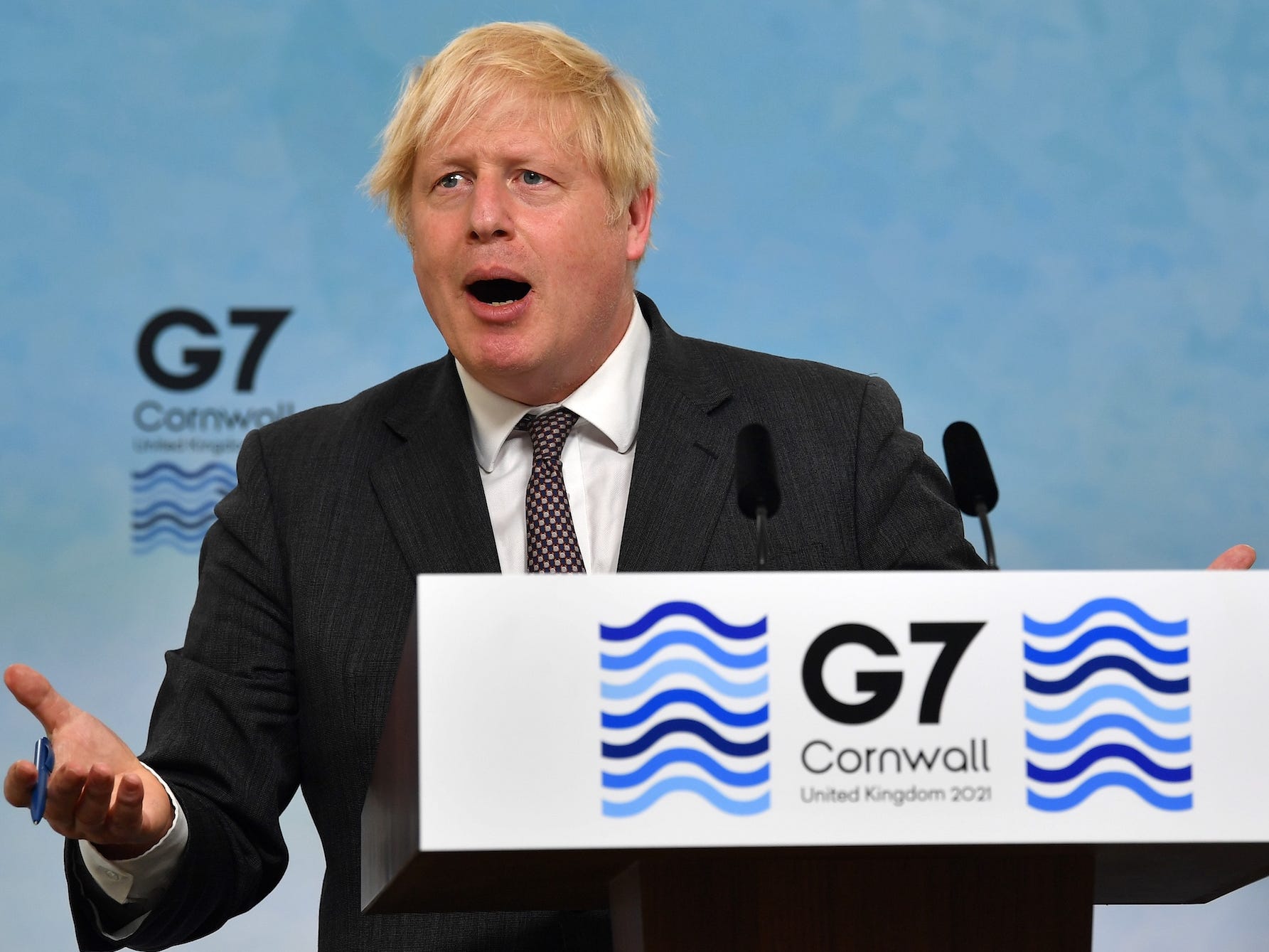