One of those components is natural population change, or the net difference between births and deaths. That represents the change in a county’s population that isn’t due to people moving in or out of the region.

Over half of the country’s counties and county equivalents had a positive natural change, with 1,942 counties having more births than deaths from July 1, 2016, to July 1, 2017, according to the Census Bureau’s estimates.

Many Western counties saw their populations grow from natural change, while areas with generally older populations, like several counties in Florida and northern Michigan, had more deaths than births:

Here are the 10 counties with the biggest natural increases from 2016 to 2017, among counties with at least 10,000 residents in both years:

And here are the 10 counties with the biggest natural decreases: 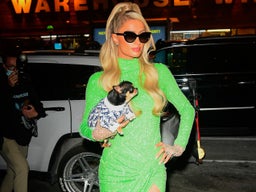