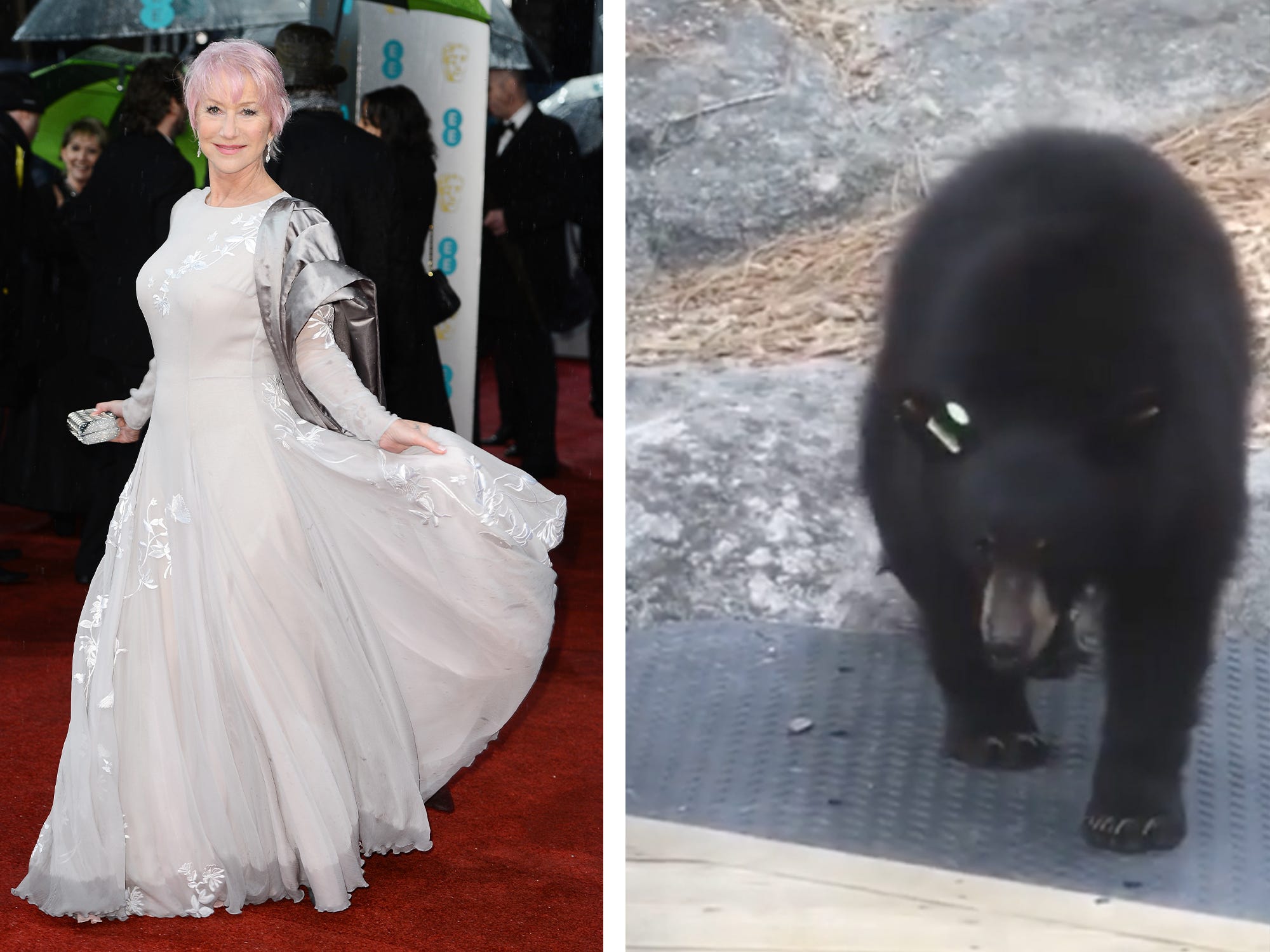 Ian Gavan/Getty Images/Helen Mirren/InstagramMirren ‘shooed’ away a bear from her home in Lake Tahoe, Nevada.

Oscar-winning actress Helen Mirren lives in Nevada now and keeps having run-ins with “naughty bears” near her home.

Mirren opened up having “a bit of a meeting with a bear” while quarantining with her husband at their Nevada home in a segment called “Helen Mirren Talks About Animals” during Sunday’s Screen Actors Guild Awards. The actress made an appearance on the prerecorded show as a presenter.

“I shooed the bear away,” Mirren said. “I told him he was a naughty bear.”

“You’re supposed to make yourself as big as possible and say, ‘Bad bear,'” she continued. “‘Cause it was not a big bear, it was a smaller bear, so I just said, ‘you naughty bear. Go on, go away.'”

But this isn’t Mirren’s first chance encounter with a bear near her home.

Mirren talked about facing off with a far larger black bear during a podcast interview with comedian Marc Maron last July, according to The Independent.

“He took one look at me and lumbered off,” she said in July. “He was a big black bear.”

Mirren also shared an Instagram video of a black bear, who she called “Betty” in the caption, in January. (It’s unclear whether Betty is the same bear Mirren mentioned in the podcast interview last July or the bear she mentioned at Sunday’s SAG Awards or yet another bear entirely).

In the video, Mirren and her husband can be heard discussing what to do about the animal from behind a glass wall before one of them taps the glass loudly, scaring the bear away.

Mirren shared on Sunday that she’s taken an active interest in nature since moving to the Sierra Nevada region, which is located along the eastern border of California, with her husband.

Mirren also said that one of her “oddest acting jobs” involved doing improv on a camel.

“I think that must have been the most challenging acting exercise I’ve ever had in my life,” she said.