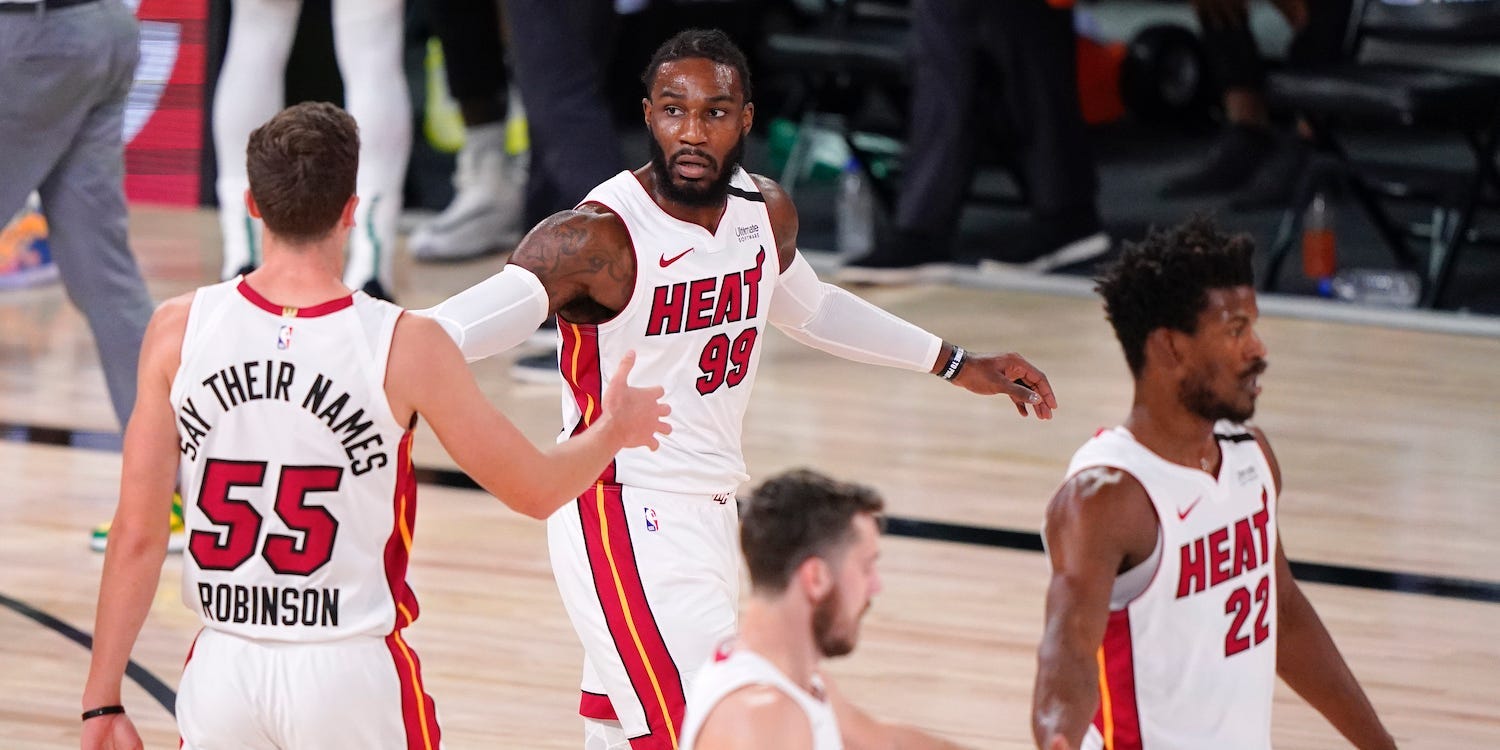 The Miami Heat are in the NBA Finals, back to the NBA’s biggest stage just six years after LeBron James left the team to break up the Big Three.

The Heat are not only a surprise contender as a fifth seed, but they are also built, unlike other NBA Finals contenders. The Heat never bottomed-out or tanked to get high draft picks. They did miss on several big free agency signings, getting meetings, but rarely landing the big fish.

Instead, through years of building, keeping key players, and relentless scouting, the Heat have built an NBA Finals team that looks poised to compete for years to come.

Here’s how they did it. 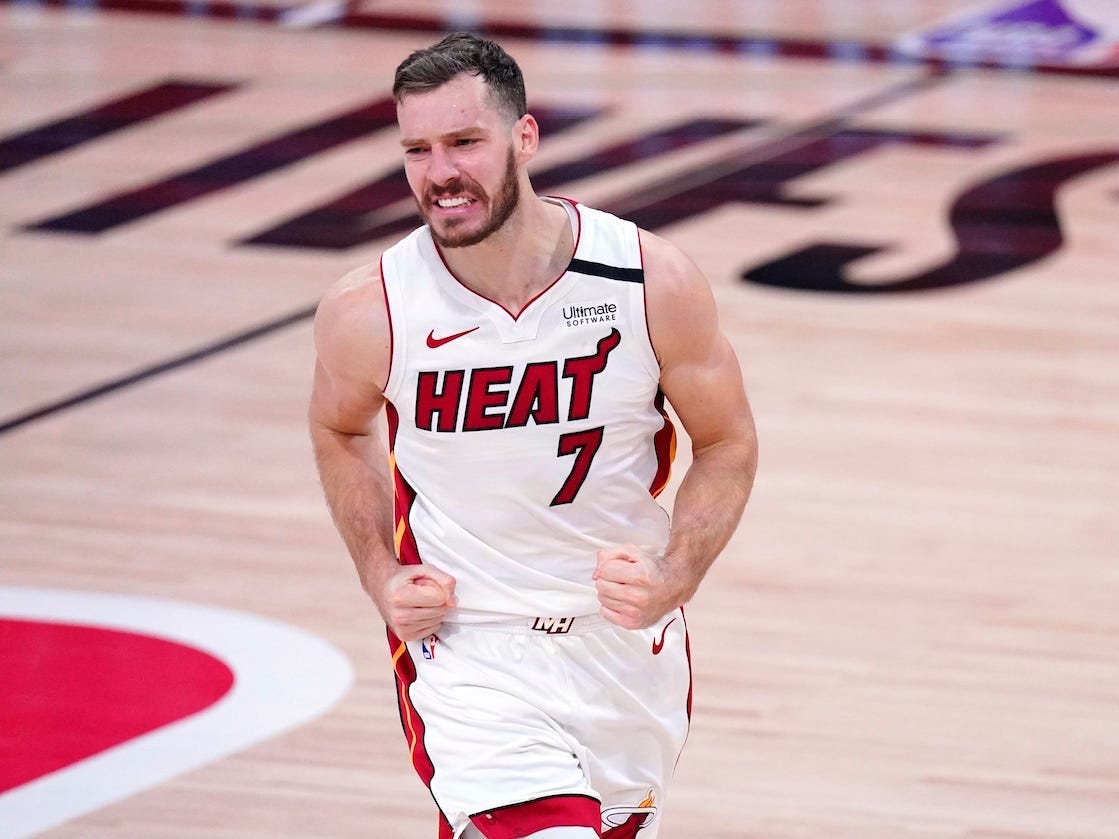 Mark J. Terrill/AP ImagesGoran Dragic was traded to the Heat in 2015.

The first big trade to help build this Heat core came five years ago and in a different Heat era.

In February 2015, point guard Goran Dragic asked out of Phoenix after being part of a three-headed point-guard attack with the Suns.

The Heat traded four players (Danny Granger, Norris Cole, Justin Hamilton, and Shawne Williams) and two first-round draft picks (2017-2019 and 2021) for Dragic, who had made an All-NBA team in 2014.

Dragic was supposed to be a piece that put the Heat, in their first year without James, over the top, adding him to a core of Dwyane Wade and Chris Bosh. Instead, that team never realised its potential, with Bosh being forced into retirement with recurring blood-clot issues.

Five years later â€” and an $US85 million contract signed in July 2015 â€” and Dragic is Miami’s second longest-tenured player. He played a key role in this Finals run, averaging 20.9 points on 45% shooting, 36% from three.

Big trade No. 2: Jimmy Butler wants Miami, and the Heat have the pieces

Jimmy Butler reportedly had his eyes on Miami for years. When he became a free agent in the summer of 2019, he made it known he wanted to join the Heat. 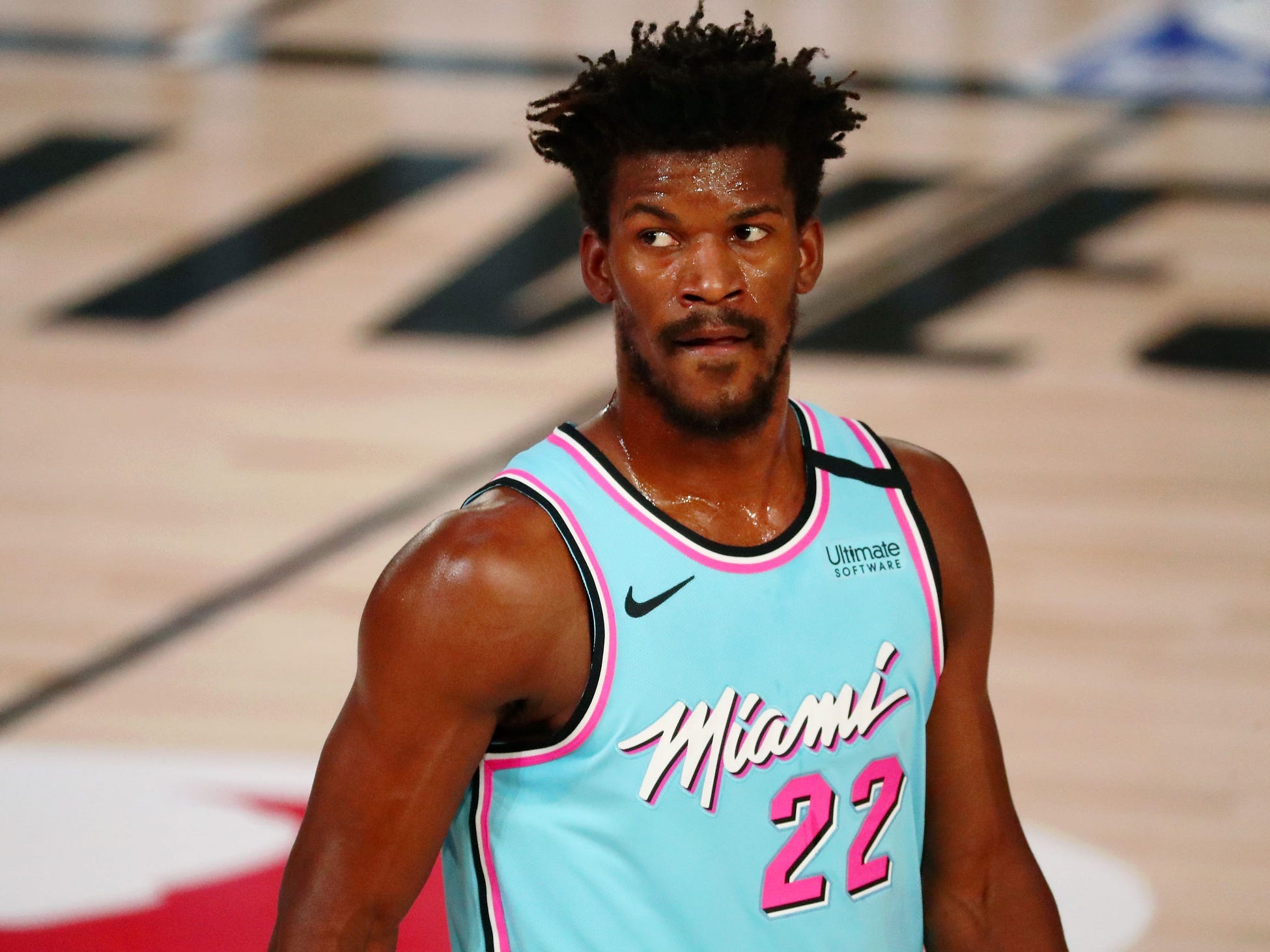 However, Miami didn’t have the cap space to sign him outright.

In a complicated, four-team deal with the Philadelphia 76ers, Portland Trail Blazers, and LA Clippers last summer, the Heat gave up Josh Richardson, Hassan Whiteside, and a protected future first-round pick to get Butler.

If the Heat hadn’t diligently drafted and developed the right players in years prior, the deal might not have worked. But Richardson, a 2015 second-round pick, had emerged as a valuable 3-and-D wing.

Once a G League player and international journeyman, Whiteside had been reclaimed by the Heat and became a walking double-double. Though his effectiveness on the court and huge contract had limited his value, the Blazers needed a starting centre with Jusuf Nurkic injured.

The Heat were able to turn two rotation players into an All-Star in Butler, who averaged 20.7 points, 5.7 rebounds, and 4.5 assists per game while playing elite defence during this playoff run.

Big trade No. 3: A deadline move for veteran help

Before the February tradeline this season, the Heat swung one more trade to bolster their team, sending Justise Winslow, James Johnson, and Dion Waiters to the Memphis Grizzlies for Andre Iguodala, Jae Crowder, and Solomon Hill.

Iguodala and Crowder have been indispensable during this playoff run. Both are big, strong, long defenders capable of guarding opposing wings (and will factor into the Heat’s ability to defend James in the Finals). Crowder also provided an offensive lift in the semifinals, shooting 42% from three. 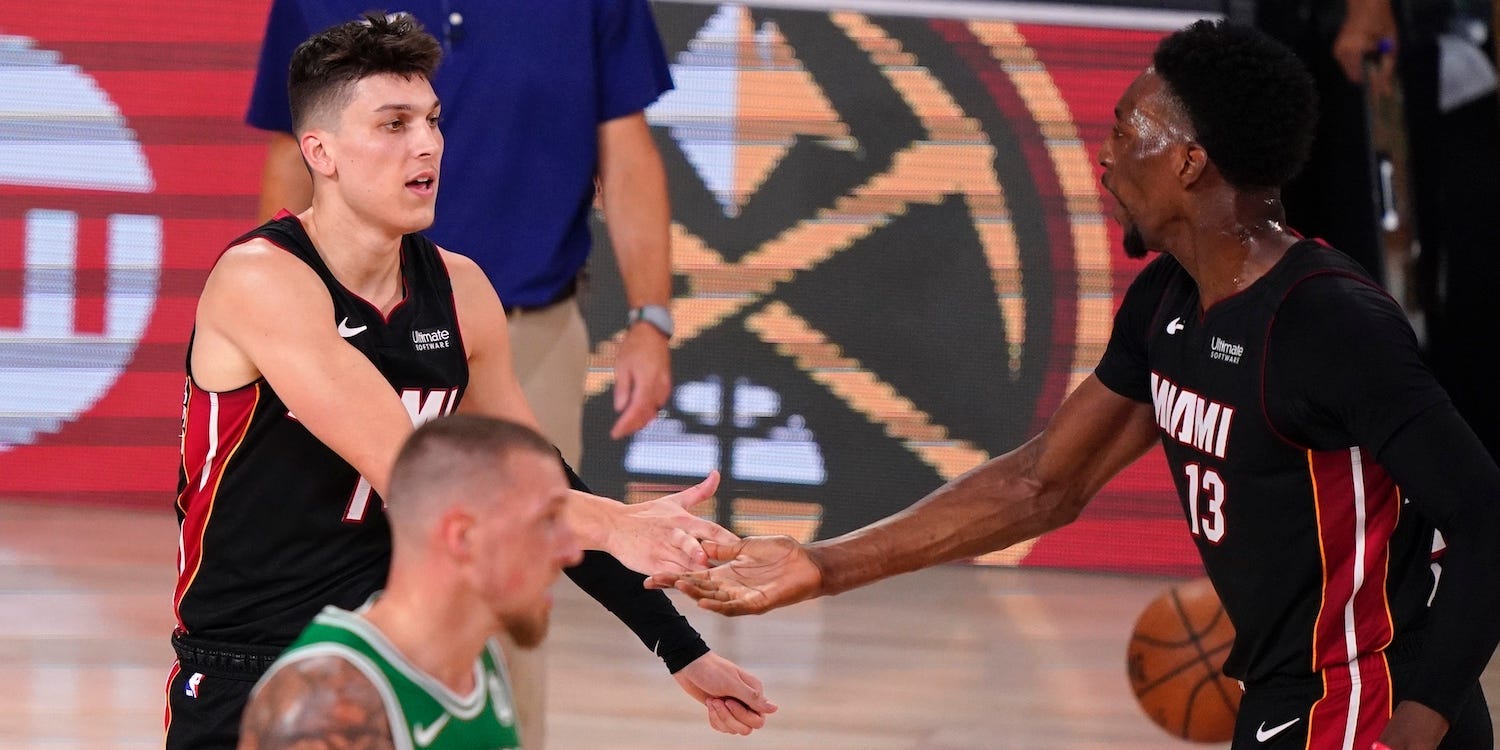 Many playoff teams are built around a handful of high draft picks, free-agent signings and trade acquisitions, and maybe a late draft pick or two.

The Heat are unique in that they virtually have no high lottery picks on their roster, and some of the most productive surrounding pieces were late lottery picks, second-round picks, or not drafted at all.

Winslow, who was traded for Iguodala, Crowder, and Hill, was the highest draft pick on the Heat’s roster, selected 10th in the 2015 draft.

Nobody else who the Heat have drafted themselves was higher than No. 13.

Those four players were among the top six in minutes played for the Heat this season. Nunn fell out of the playoff rotation, but Adebayo, Herro, and Robinson were on the floor for the Heat’s series-closing Game 6 win over the Celtics.

The trend extends throughout the Heat roster. Of the top 10 players in minutes played in the playoffs, only Kelly Olynyk, Iguodala, Herro, and Adebayo were taken in the lottery. Butler was taken with the last pick in the first round, Dragic and Crowder were second-round picks, and Derrick Jones Jr. was undrafted.

Nailing draft picks late in the lottery or outside the lottery can establish contending teams. The San Antonio Spurs nabbed Kawhi Leonard in 2011 as Tim Duncan, Tony Parker, and Manu Ginobili were ageing. Draymond Green was a valuable late first-round pick who formed the Golden State Warriors’ core with Stephen Curry and Klay Thompson.

The Heat’s success with these later picks and undrafted rookies could help them contend for years to come. Adebayo was an All-Star this year and is just 23. Herro is only 20 and has flashed All-Star potential. Nunn finished second in Rookie of the Year voting.

The Heat have been underdogs throughout these playoffs and may also be in the Finals. But thanks to some big swings and home runs on the fringes, the Heat look set to be an Eastern Conference power for years to come.