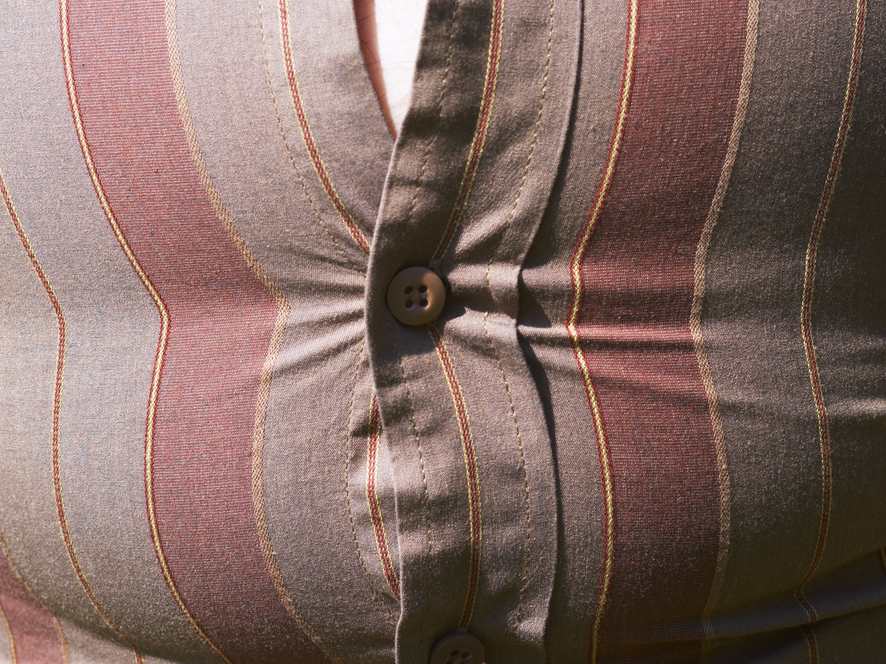 ShutterstockEating fat won’t make you fat, if you do it right.

Fat in food has gotten an unfair reputation as a belly-bulging demon that can wreck your diet and cause you to gain weight.

But the truth is, we need some fat in our diets to survive. The proper amount of the right kind of fat can fuel your body and help feed your brain. Many studies have shown that people who eat more fat don’t get more fat, nor do they have higher rates of other health problems like cancer or heart disease.

It’s true that fat packs a punch: it’s got more than twice the calories, gram per gram, of carbohydrates or proteins, which means a little bit can go a long way. But you probably don’t need to track how much fat you’re eating every day.

Incorporating healthy fat into a diet can help people stay full, survive harsh conditions, and perhaps even live longer than their peers. One 2016 study followed more than 126,200 men and women for more than 30 years, and found that those who ate more healthy, unsaturated fat and less carbs were less likely to die from all causes.

One of the main reasons we need to eat fat is because it provides some essential fatty acids that our bodies can’t produce on their own.

That’s not an excuse to slather a layer of heavy lard onto everything you eat. The kinds of fats we consume make a difference. Researchers have discovered that replacing just 5% of a person’s saturated fat intake with healthier polyunsaturated fats and monounsaturated fats is associated with a roughly 13% to 27% reduction in mortality.

Even so, nutrition researchers are slowly coming around to the idea that fat – even, sometimes, the saturated kind – is not the diet villain we were once led to believe it was. One 2020 “state of the art review” suggests that some nutritious, saturated fat-rich foods, including “whole-fat dairy, unprocessed meat, eggs, and dark chocolate” are not as bad for our hearts as we’ve been led to believe.

Eating the right kinds of fats can help keep your body satiated, protect your cells, and keep your heart healthy. Here are some prime examples of foods with the best fats that you could probably be eating more of: 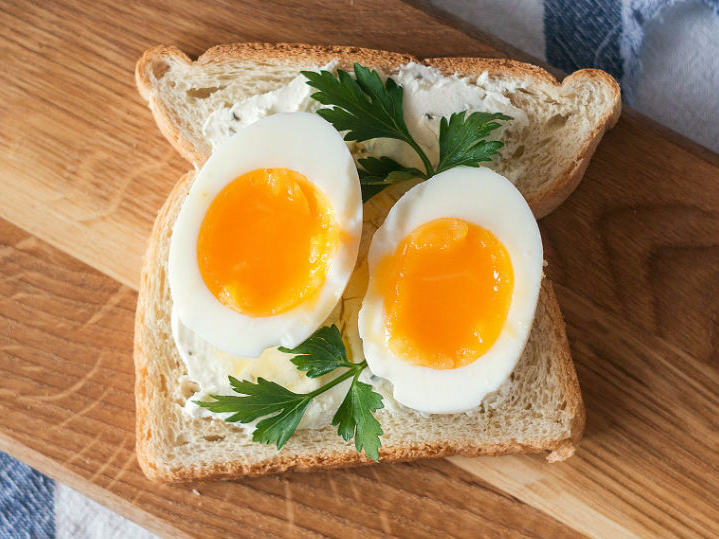 Eggs are a great fatty addition to your diet because the dietary cholesterol (that’s the term for the kind of cholesterol you eat) in them doesn’t have much effect on your blood cholesterol (the kind your doctor measures).

In fact, eggs can help regulate how cholesterol is absorbed in the body because of their high concentrations of phospholipids: special kinds of fats that can also help control inflammation. Eggs also contain lutein and zeaxanthin, which may help keep our eyes healthy.

Plus, eggs are a great protein source, which means you’ll stay fuller for longer after an eggy meal. They also deliver omega-3 fatty acids, which are some of the essential fats the body can’t produce on its own. (But there is not nearly as much omega-3 in eggs as there is in fish.)

For people with Type 2 diabetes, it’s possible that eating eggs could increase the risk of developing heart disease, but more research on that is needed.

If you’re otherwise healthy, go ahead and get that omelette – and don’t bother with the egg-white substitution. 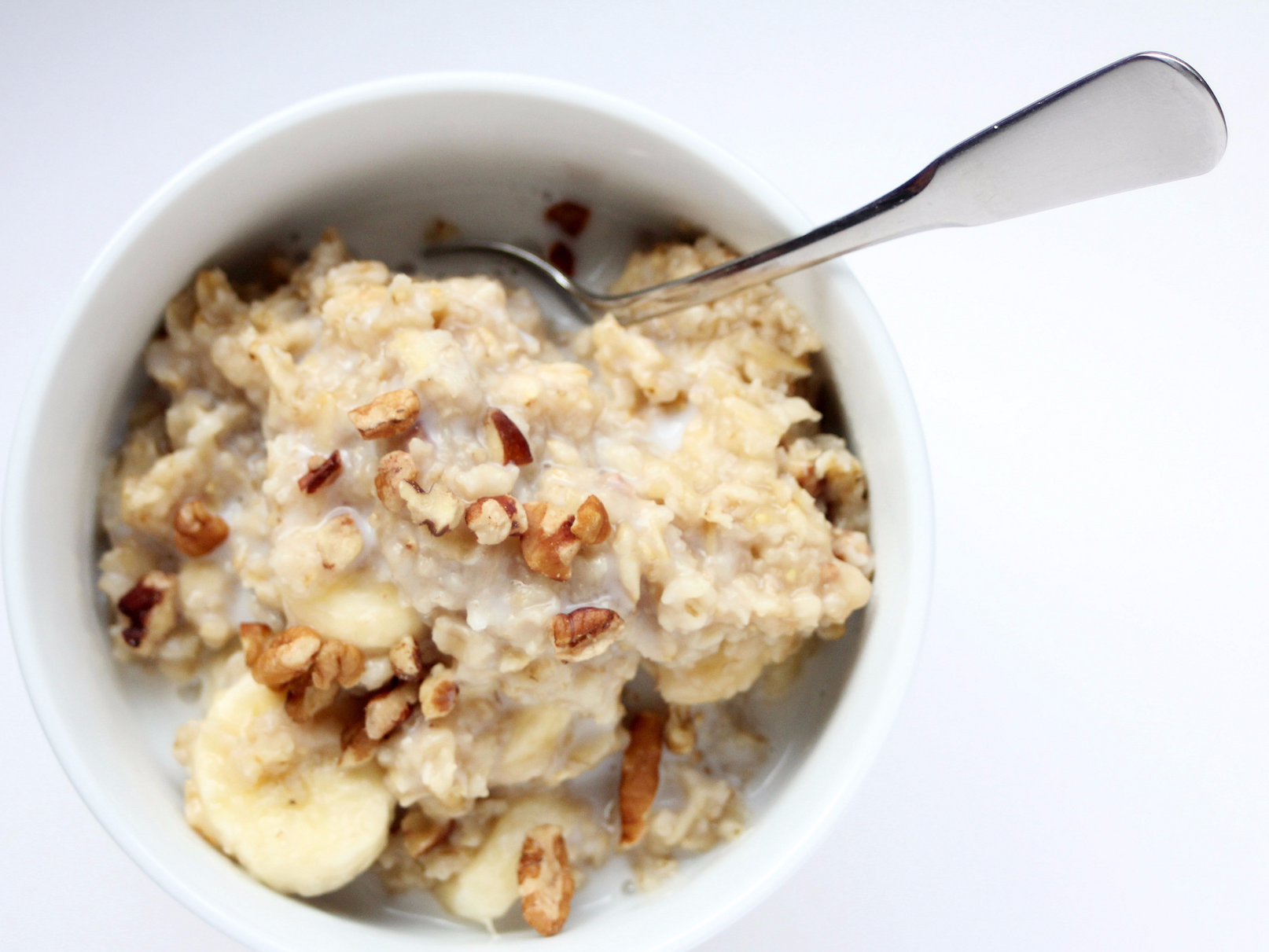 Most people don’t think of oatmeal as a fat-rich food, but part of the reason the breakfast keeps people full is that it’s loaded with more fat than most other grains – mostly the polyunsaturated and monounsaturated kinds.

Oats are also a great way to get more amino acids, as well as vitamins and minerals like B6 and iron. That’s all in addition to the protein and calcium oats are known to deliver. 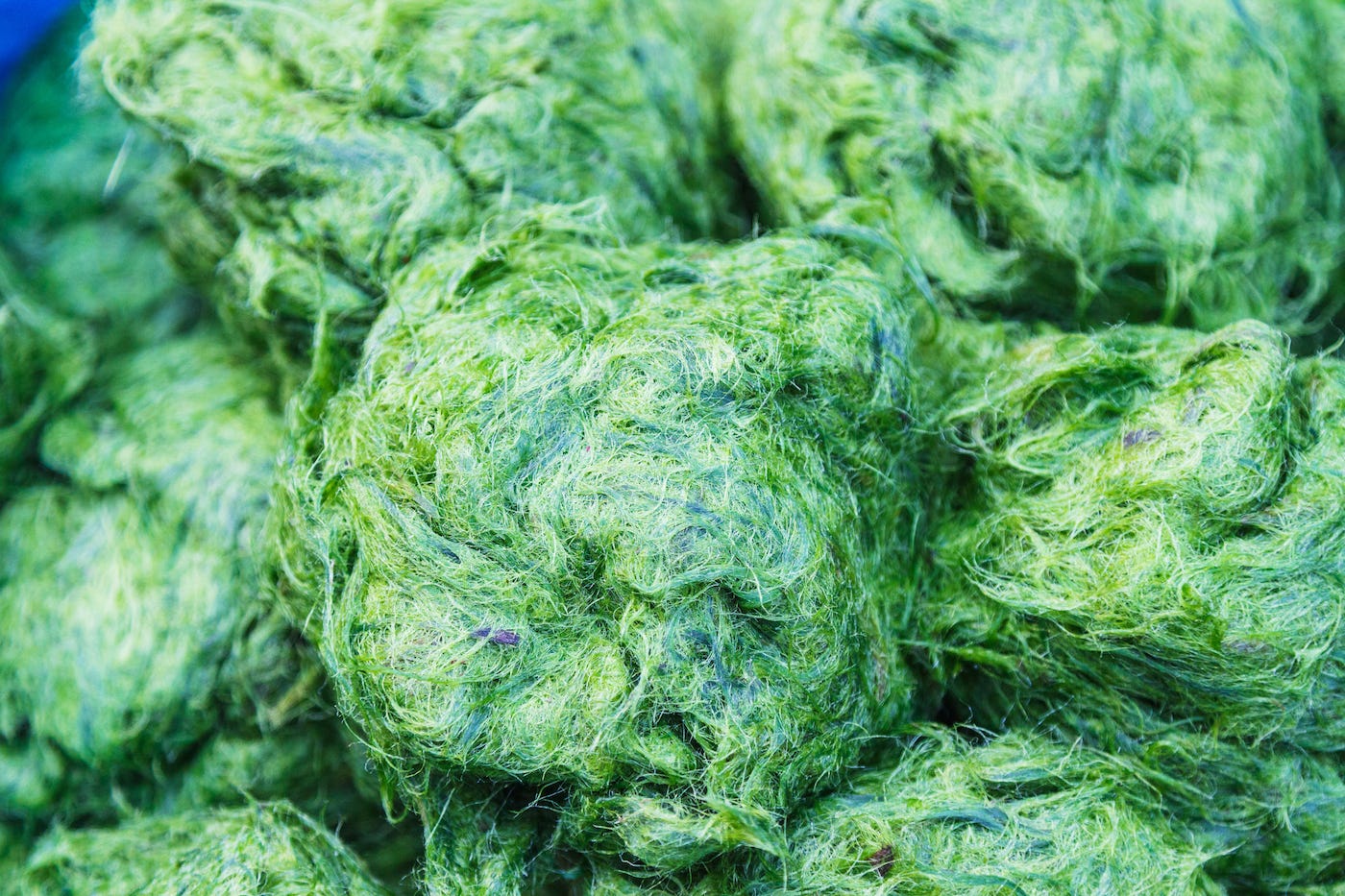 ShutterstockSpirulina is a blue-green algae that people have been eating for centuries.

Spirulina is an ancient type of blue-green sea algae that has developed a cult following as a “superfood.” It’s often added to smoothies as a dark green powder.

The algae was a source of sustenance long before the age of blenders: The Aztecs dried and ate it in Mexico as early as the 1600s.

The cyanobacteria is rich in protein and iron, and also boasts a punch of amino acids and fat. Just two tablespoons of spirulina have a gram of fat. That’s not nearly as much fat as an egg or piece of meat contains, but it’s impressive for a piece of seaweed.

But be careful where you get your algae from – the National Institutes of Health warns that some contaminated spirulina can cause liver damage and harbour toxic metals and bacteria. 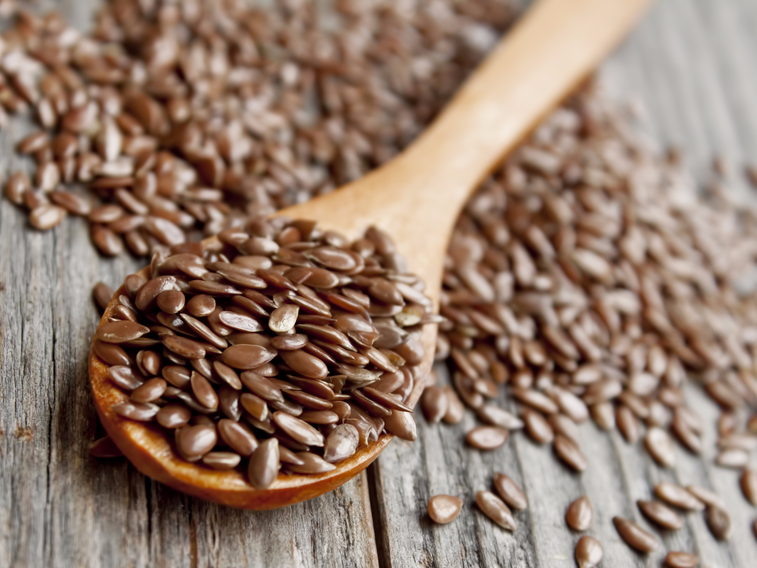 Seeds aren’t just for the birds.

Options like ground flax, sesame, sunflower seeds, and chia seeds are all high in polyunsaturated fats and filled with omega-3s that can help lower your bad (LDL) cholesterol levels.

Just two tablespoons of chia seeds will give you 7 grams of unsaturated fat, and can also help lower cholesterol, decrease inflammation, and regulate blood pressure. Because chia seeds break apart easily when we digest them, you don’t need to grind them up like flax.

Of course, since seeds are small, it can be easy to overdo it; think of them more as replacements for less healthy saturated fats in your diet, and consume them in moderation.

Coconut milk, the base for many curries, is satiating and rich. And coconut meat is high in fibre.

Some evidence also suggests that the medium-chain triglycerides (MCTs) in virgin coconut oil can help you burn off more fat around your waistline. Plus, about 50% of the fatty acid content in pure, unprocessed coconut oil is lauric acid, a kind that gets sent to the liver and used as energy by the brain and the body instead of being stored as excess fat.

But because nearly all of the fat in coconuts is the saturated kind, it’s best to limit your doses of the creamy white stuff. Nutrition experts are generally wary about relying too much on coconut oil in the kitchen, and warn against eating too much of this lard-like substance.

Karin Michels, an epidemiologist who studies chronic diseases at Harvard, says coconut oil is bad for your heart and can easily clog up coronary arteries.

Other nutrition experts like Dr. Walter Willett at Harvard caution that the oil should probably be used sparingly, since the health benefits of unsaturated fats and oils like olive oil are more proven. 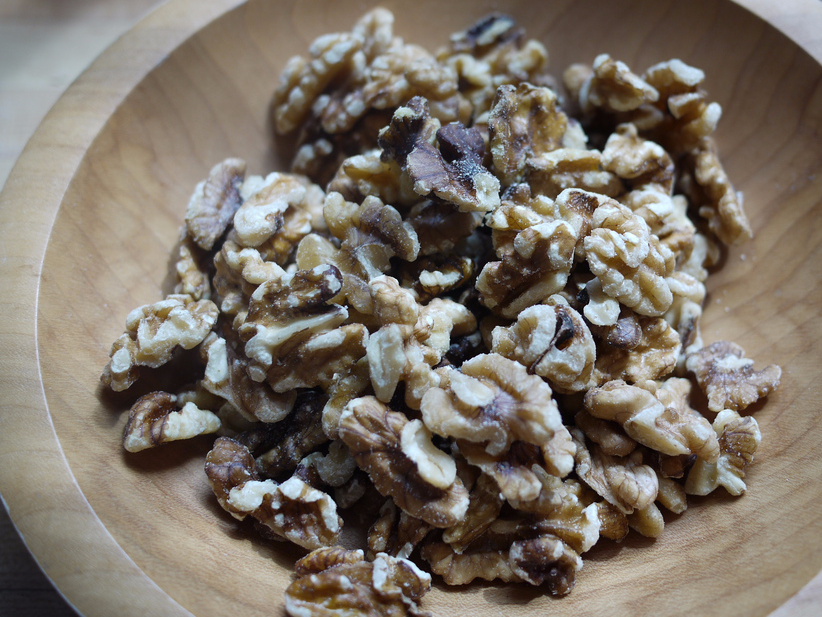 Nuts are a great high-fat snack in general, but the health benefits of walnuts are unique.

They contain a kind of omega-3 fatty acid called alpha-linolenic acid (ALA), which is also in flax seeds, soybeans, hemp, and chia seeds. It’s one of two essential fatty acids that the body can’t produce on it’s own (the other is linoleic acid). 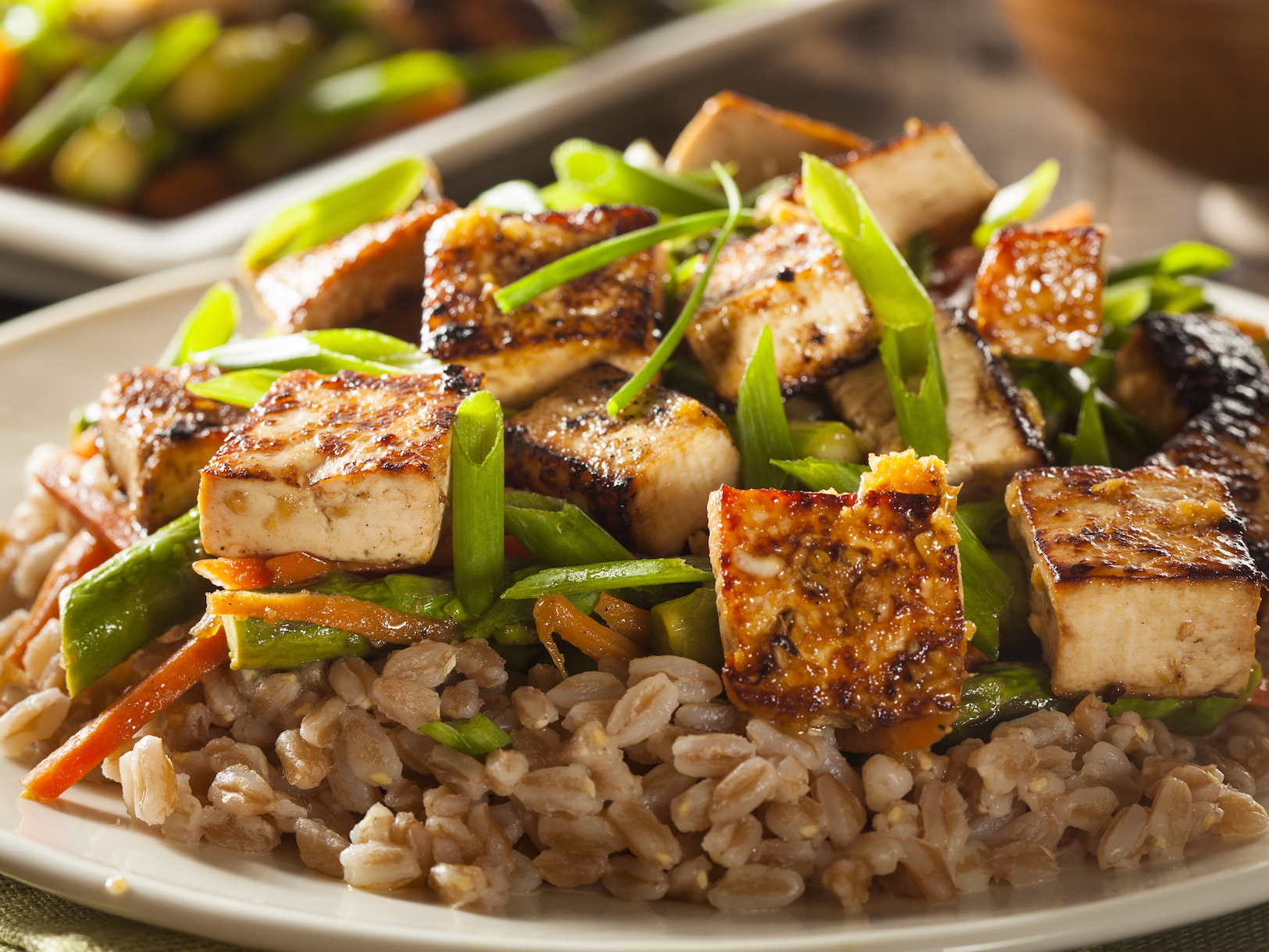 People don’t typically think of tofu as a high in fat, but it’s a nutritional wonder – a complete protein source bursting with good fat.

Just half a cup of the soybean curd can provide you with 20% of a day’s recommended protein intake and 6 grams of fat. Like tofu, immature soybeans – or edamame – are a great source of fat. They’re also high in fibre and protein, and can be good for ageing bones.

A single cup of cooked edamame will fill you up with eight grams of fat, but only a single gram is the saturated kind. The beans are also a good source of magnesium, potassium, and iron. 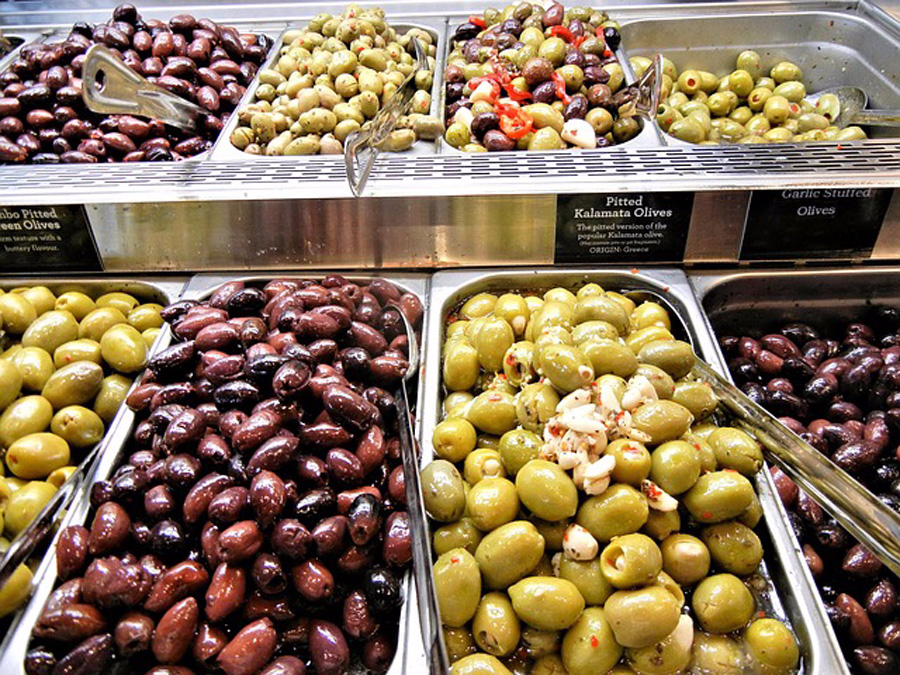 Olive oil gets promoted as a source of high-quality fat, and it’s a staple of many dietitians’ favourite Mediterranean Diet, but where do you think it comes from?

Olives have a special kind of healthy fat named after them: monounsaturated oleic fatty acid, which can reduce your risk of developing heart disease.

Consuming olive oil is a way to get more oleic acid and essential linoleic acid into your diet. 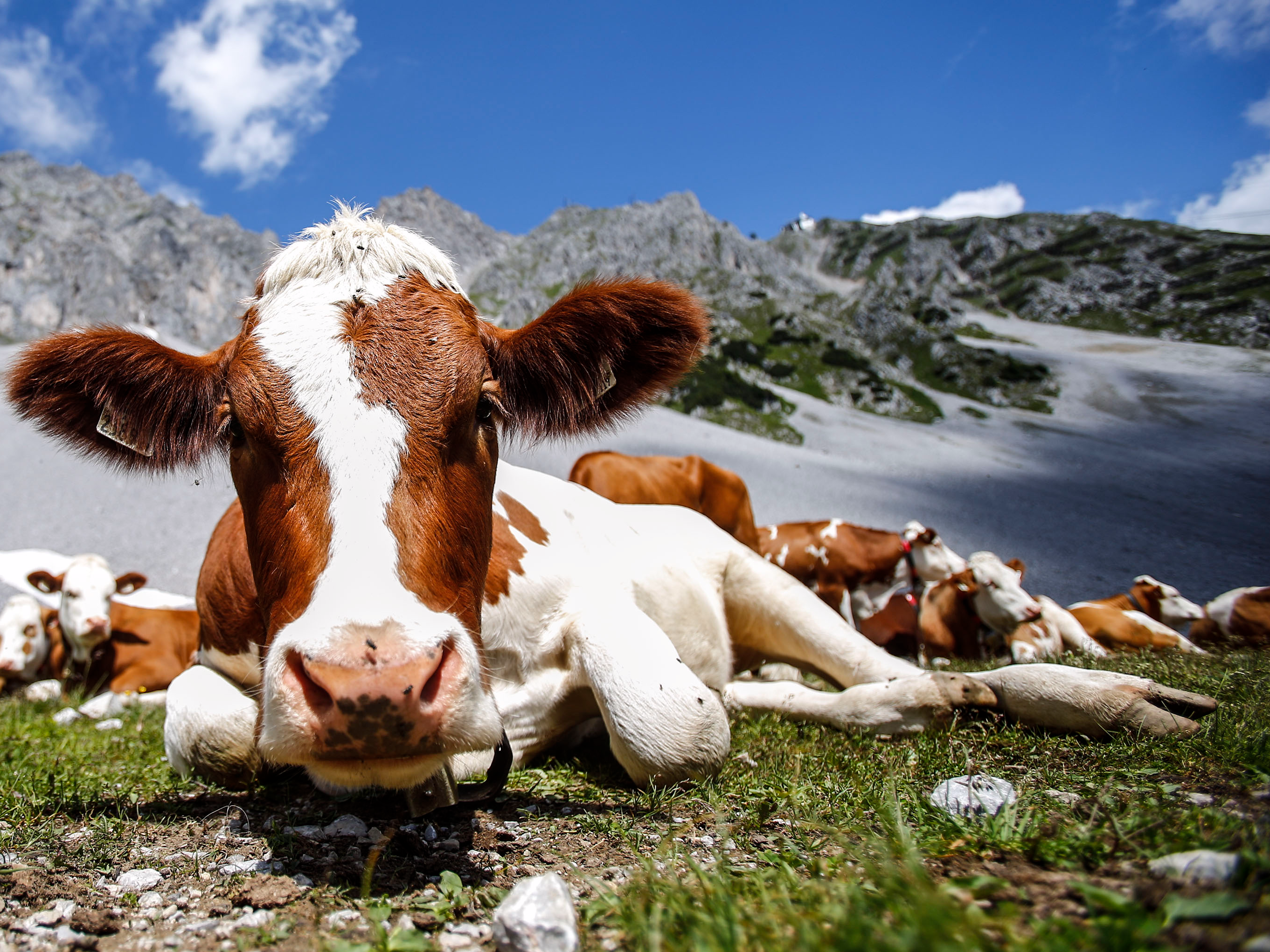 It may seem counterintuitive, but eating more heavy, full-fat dairy products can be a great way to stay healthy and trim.

A study of more than 3,700 healthy adults revealed those who ate more whole-fat dairy were more likely to have higher levels of the fatty acid trans-palmitoleate in their bodies. That, in turn, corresponded with slightly trimmer waistlines, less fat tissue, and more of the good kind of (HDL) cholesterol.

A much larger study of nearly 27,000 people from ages 45 to 74 found that participants who ate more high-fat dairy had the lowest diabetes rates.

“Those who ate the most high-fat dairy products had a 23% lower risk of developing Type 2 diabetes than those who ate the least,” study author Ulrika Ericson said in a statement.

That wasn’t true for people who ate more meat, which was linked to an increased risk of Type 2 diabetes, regardless of the fat content. 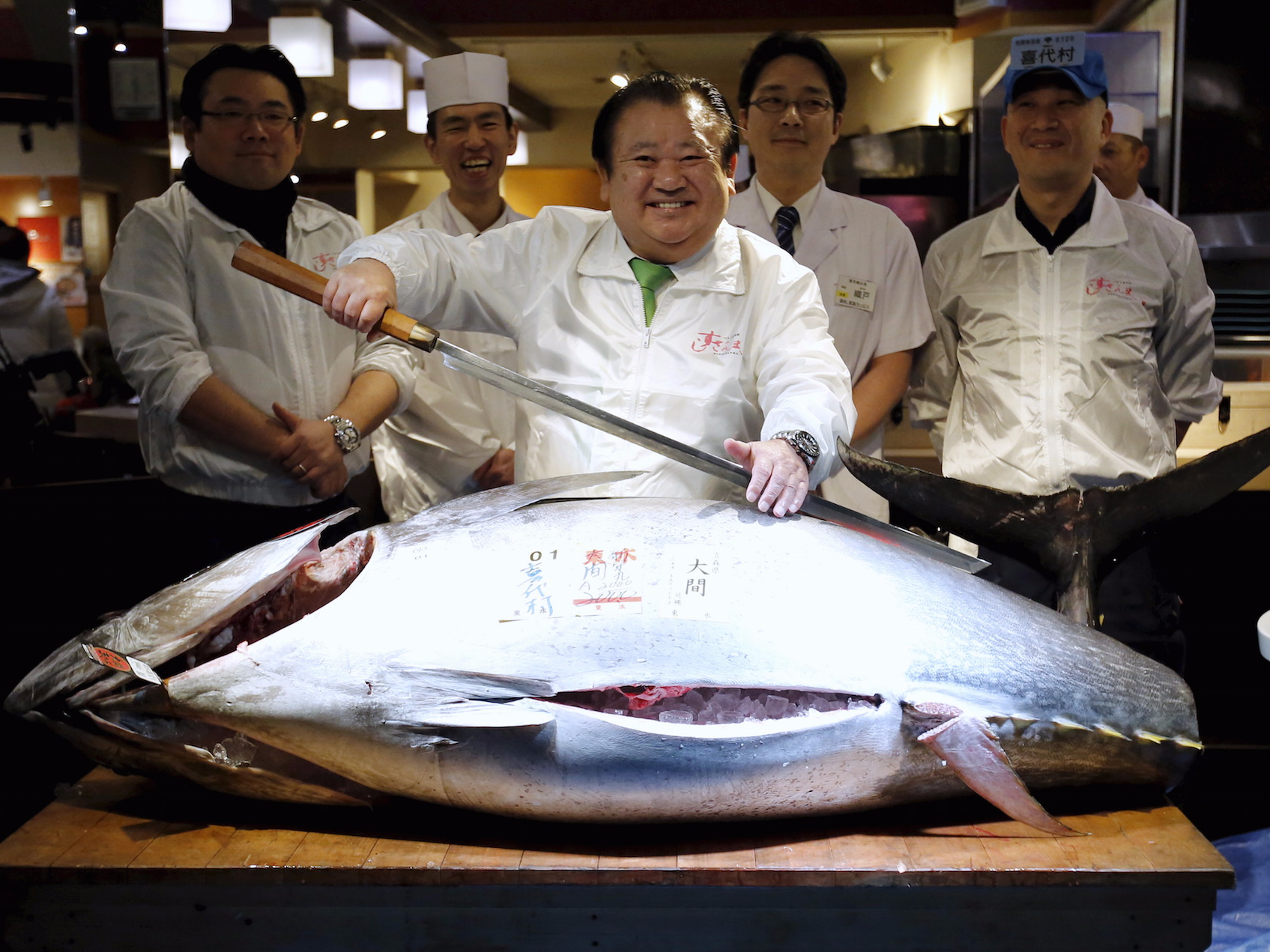 Fatty fish are filled with essential omega-3 fatty acids that can reduce the amount of fat in your blood, lower blood pressure, and keep your heart healthy. 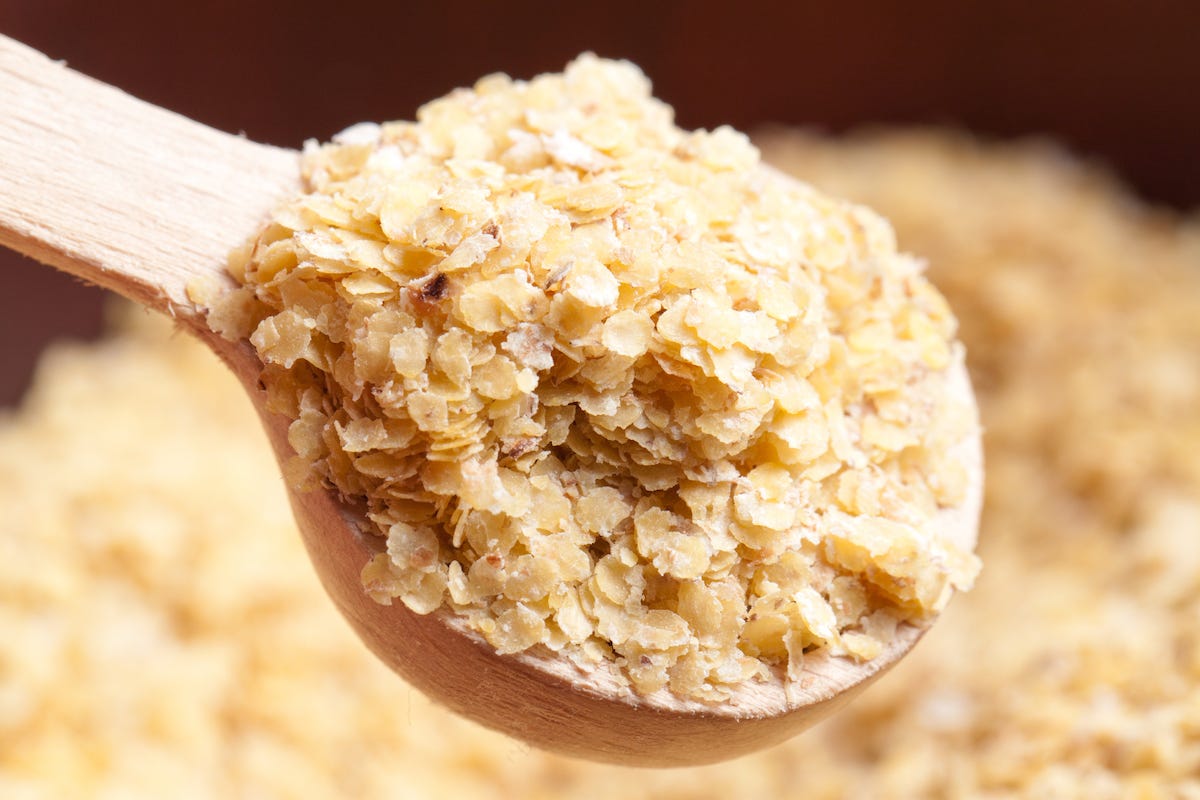 Wheat germ is the meaty inner heart of a wheat kernel – the embryo that germinates to grow into a fully developed plant. Unfortunately, it is often stripped away in the creation of processed foods to help them last longer.

Wheat germ has tons of fibre and boasts some fat, too (about 1.4 grams per cup, most of it unsaturated). Some people sprinkle it on their cereal in the morning, or top fruit or yogurt with wheat germ for an extra nutrient-rich crunch. 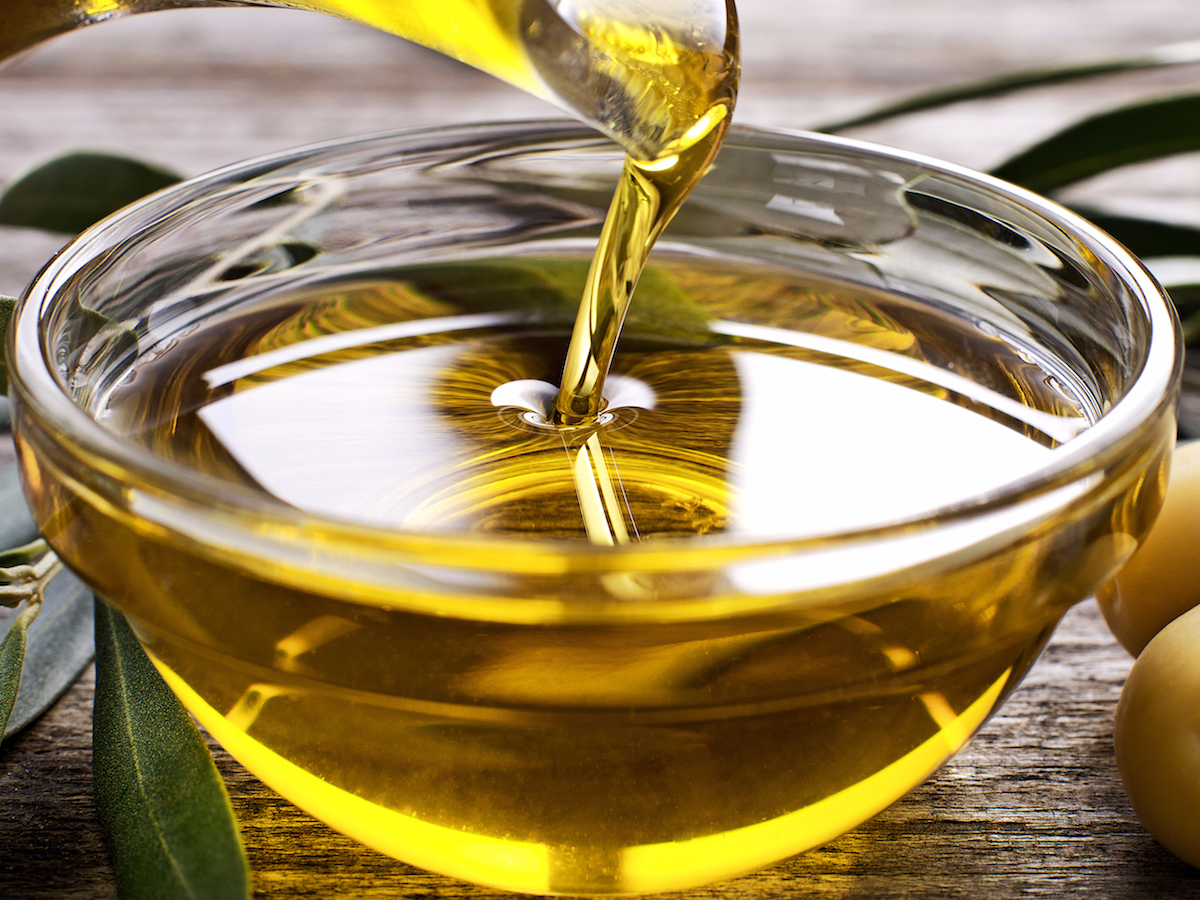 The kind of oil you consume can make a big difference to your heart.

Monounsaturated fats can actively lower your level of the bad (LDL) type of cholesterol. They’re called “mono” because the fat molecules have just one unsaturated carbon bond.

Oils like olive, peanut, and sesame are all high in monounsaturated fat, but there’s a lot of good research behind olive oil in particular.

People who use olive oil in their kitchen instead of going low-fat have been shown to have a lower risk of developing a heart attack, stroke or deadly heart disease. In one long-term study of 145,000 women, those who consumed at least a tablespoon of olive oil every day had a 10% reduced risk of developing adult diabetes.

And of course, avocados 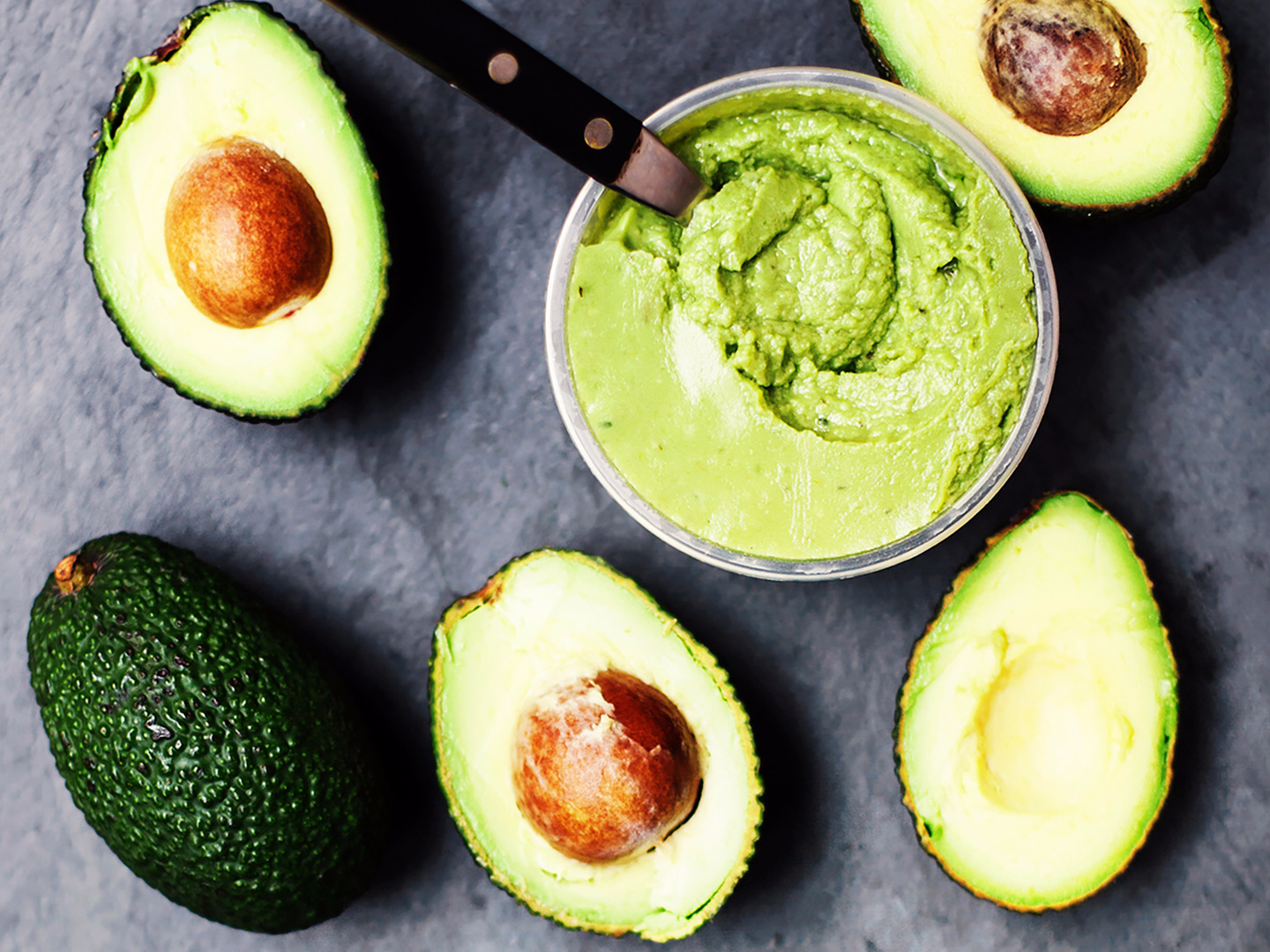 Rob LudacerYou probably knew that avocado was going to make this list, but do you know why it’s so good for you?

What would a list of healthy fats be without the darling fat of our times, the humble avocado?

A cup of the creamy green fruit has a whopping 14 grams of monounsaturated fat, along with smaller doses of polyunsaturated (2.7 g) and saturated fat (3.1 g).

In addition to fat, fibre, and protein, avocados are a great way to get potassium, which is a natural antidote to salt and can help maintain healthy blood pressure levels.