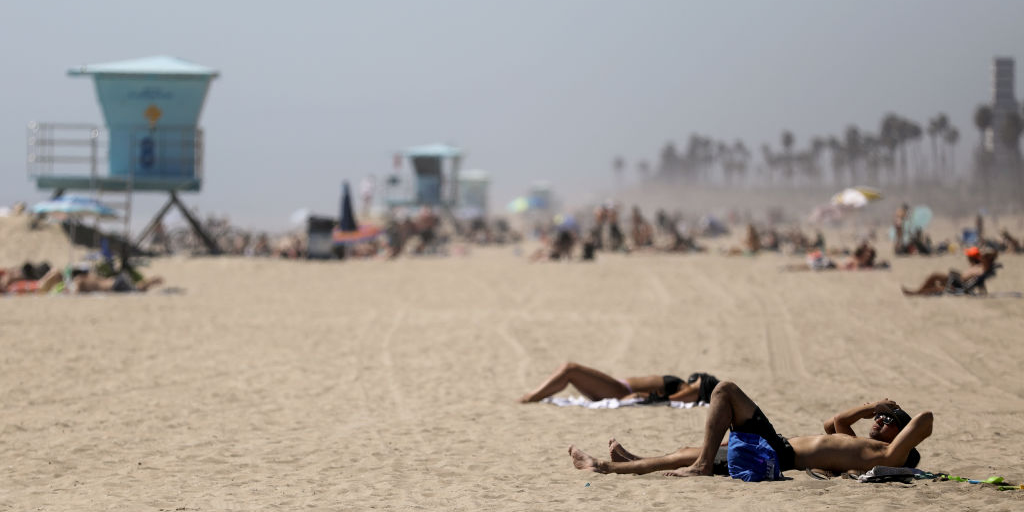 Mario Tama/Getty ImagesPeople gather on Huntington Beach which remains open amid the coronavirus pandemic on April 23, 2020 in Huntington Beach, California. Neighbouring beaches in Los Angeles County are closed in efforts to prevent the spread of COVID-19.

Tom Inglesby, director of the Johns Hopkins Centre for Health Security, said Sunday that despite promising indicators regarding the novel coronavirus pandemic in the US, the country is still far from the end of the outbreak.

When Fox News’ Chris Wallace asked Inglesby on “Fox News Sunday” which stage in the coronavirus outbreak he thought the country currently was, the public health expert pointed to a national “plateau” in new cases.

“I would say we are maybe near the end of the beginning of the pandemic in this country,” Inglesby said, adding that though “we have a plateau in new cases per day, unfortunately, it’s a very high plateau” with around 30,000 new cases of COVID-19 and 2,000 deaths every day.

“We are not out of the woods by any means but at least we’ve reached a stable number of new infections and the number of people who are dying,” Inglesby said.

Inglesby’s comments come after Vice President Mike Pence told Fox News’ Geraldo Rivera that by Memorial Day Weekend on May 25 “we will largely have this coronavirus epidemic behind us” and states will reopen.

That prediction is likely too optimistic, Inglesby told Wallace, as different areas in the country are in different stages of finding new cases that are too unpredictable for a widespread reopening by late May.

Despite some states and cities easing social distancing orders, Inglesby said that “wherever we are in the epidemic, this virus is going to be with us until we have a vaccine.”

Inglesby’s comments echo warnings from Dr. Anthony Fauci, the nation’s top infectious-disease expert, that the novel coronavirus could likely become “seasonal” with the possibility of a resurgence in the outbreak later this year.