'We're closing deals every week': HBO Max's content chief on launching a Netflix rival during the pandemic, how it's different than HBO, and the Snyder Cut 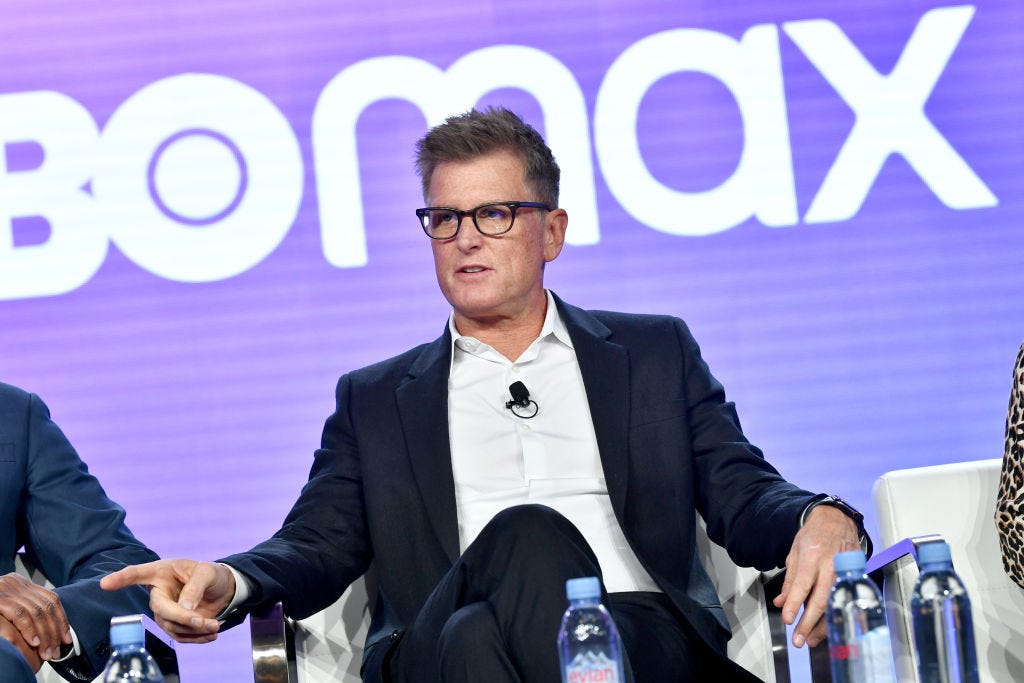 In some ways, it’s a great time to debut a new service, with at-home consumers looking for more TV programming to watch and streaming subscriptions surging. But the pandemic has also struck HBO Max some unexpected blows, as productions across Hollywood have shut down.

Its “Friends” reunion special, which was planned to be available at launch, was delayed. Its anticipated “Gossip Girl” reboot won’t debut until 2021.

Original programming is crucial for any streaming service, but acquisitions of properties that already have loyal fanbases are also essential, and HBO Max has been “closing deals every week,” according to its content chief, Kevin Reilly.

The service already scored massive wins by getting the rights to “Friends,” “South Park,” and “The Big Bang Theory” in deals worth hundreds of millions of dollars. And Reilly told Business Insider in an interview that he has “a whole list” of potential acquisitions and that the “headline grabbers will continue to come.”

That’s not to say Max won’t have headline-grabbing original programming in the future, too.

High-profile DC projects are in the works, including a Green Lantern series and a Justice League Dark series from J.J. Abrams, whose production company, Bad Robot, closed a lucrative deal with WarnerMedia last year. Reilly said to expect “the highest level of cinematic production values” for these shows.

In our interview, Reilly also discussed what will make Max originals different from HBO’s programming; the status of the “Harry Potter” movies, which were distributed by Warner Bros. to theatres but NBCUniversal holds the TV and digital rights to until 2025; why the second season of DC Universe‘s “Doom Patrol” will stream on both DCU and Max; and the “Justice League” Snyder Cut, which Zack Snyder and Max announced last week will hit the service in 2021.

Read our conversation with Reilly below, which has been lightly edited for clarity: 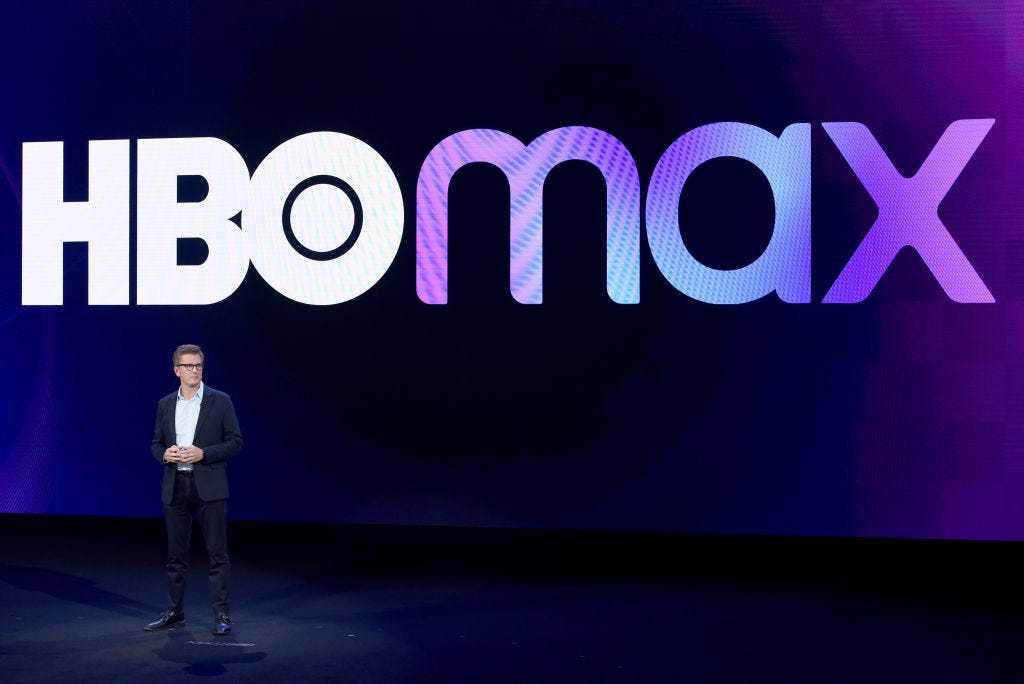 Photo by Presley Ann/Getty Images for WarnerMediaReilly at WarnerMedia Investor Day in October.

Travis Clark: Huge deals like “Friends” and “South Park” seem even more crucial to the service now with productions shut down due to COVID-19. How important will these acquisitions be going forward compared to original programming?

Kevin Reilly: The good news is that it’s been the same rationale all along. Viewers may come for an original and then stay for library … But we also saw that we happened to produce a lot of the content that we licensed to some [other streaming platforms].

We decided for this first iteration of our offering to have this more curated feel, where it’s not about volume. We had more volume that we could have loaded in, but we wanted to compete with some of the existing players with some of our breadth, in that we are a full service that offers educational fare all the way up to R-rated, sophisticated fare. To win in the volume game, where there’s tens of thousands of hours on top of each other, isn’t where we wanted to win or differentiate. We went out and literally handpicked the titles in our own portfolio or externally that were really meaningful and resonated with consumers, and when pieced together would say something about our service to differentiate it.

That’s where we get to our “Warner essentials,” which are our DC movies, high-end branded movies, trilogies like “Lord of the Rings,” and then you work your way over to our signature series like “Big Bang Theory” and “Friends.” And then we went externally and found the meaningful properties like Studio Ghibli, the BBC output deal, all seasons of “Doctor Who,” “South Park,” and so on. What we’re seeing now in the response on social is that library is a retention vehicle but there are also high-end titles that do drive the decision to subscribe. 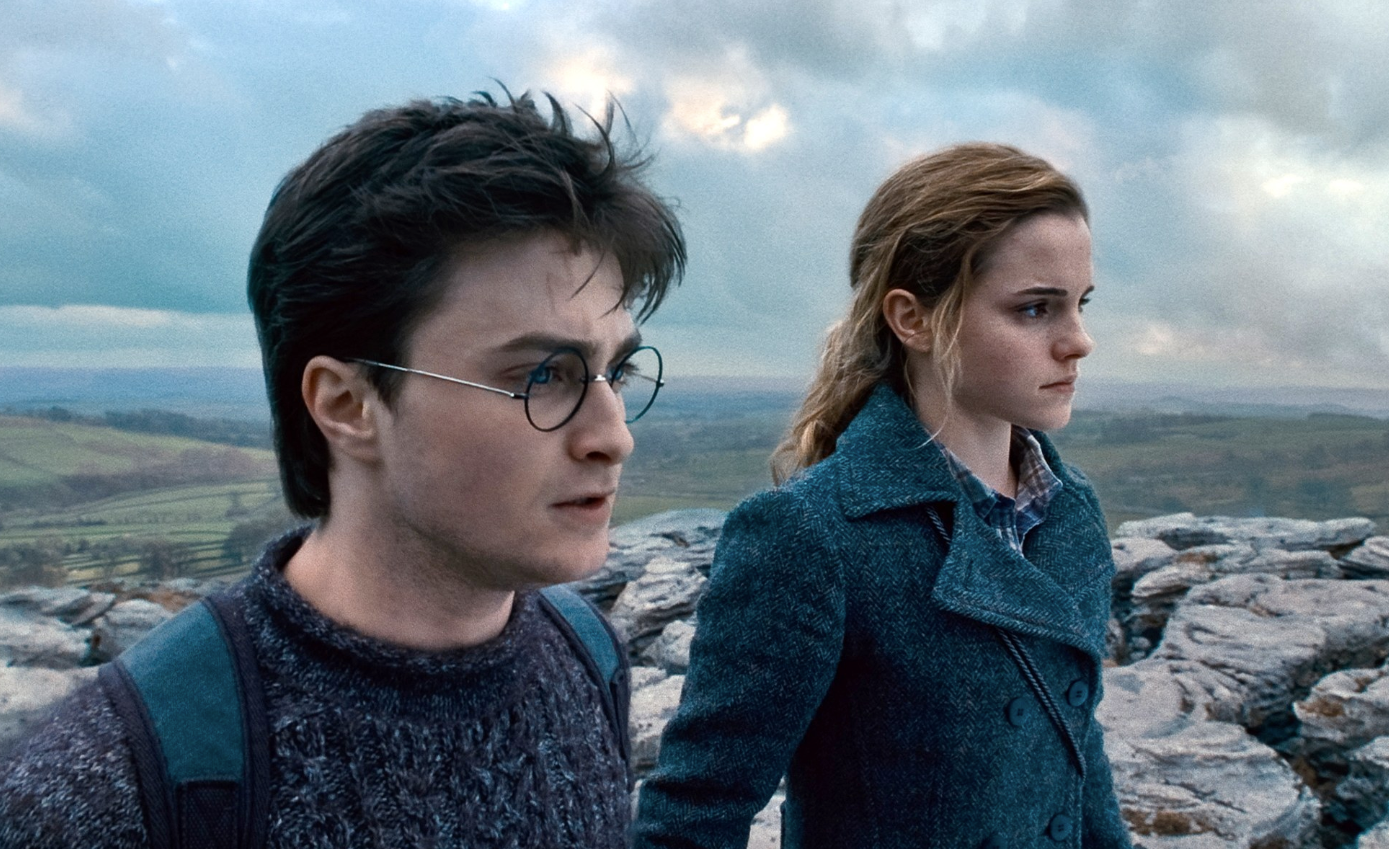 Warner Bros.Warner Bros. released the ‘Harry Potter’ movies to theatres, but they won’t be available on HBO Max at launch since NBCUniversal currently holds TV and streaming rights.

Clark: The “Harry Potter” movies won’t be available on Max at launch. Do you have any updates or a timetable? Are discussions still happening with NBCUniversal [which owns distribution rights until 2025]?

Reilly: No timetable, but it is high on our priority list.

Clark: Would you say there’s a good chance they would be available before 2025?

Reilly: I’ll just say there is active engagement around that discussion. In terms of the marketplace, there’s a lot of opportunities for horsetrading. The marketplace is shifting, with the impact of COVID and different companies launching different services, and it creates a lot of opportunities for horsetrading. We’re seeing that across the board.

Clark: Anything you have your sights on?

Reilly: Sure, I have a whole list, but I can’t reveal anything on it [laughs]. At this point, we’re very focused on launching and gaining some usage data. We’re closing deals every week, to be honest with you. They’re not all headline-grabbing news, but there’s not a week when we’re not closing some new library deal with a collection of titles in it. The headline grabbers will continue to come, but we really want to just get to launch, get the usage data flowing, and shape it from there. 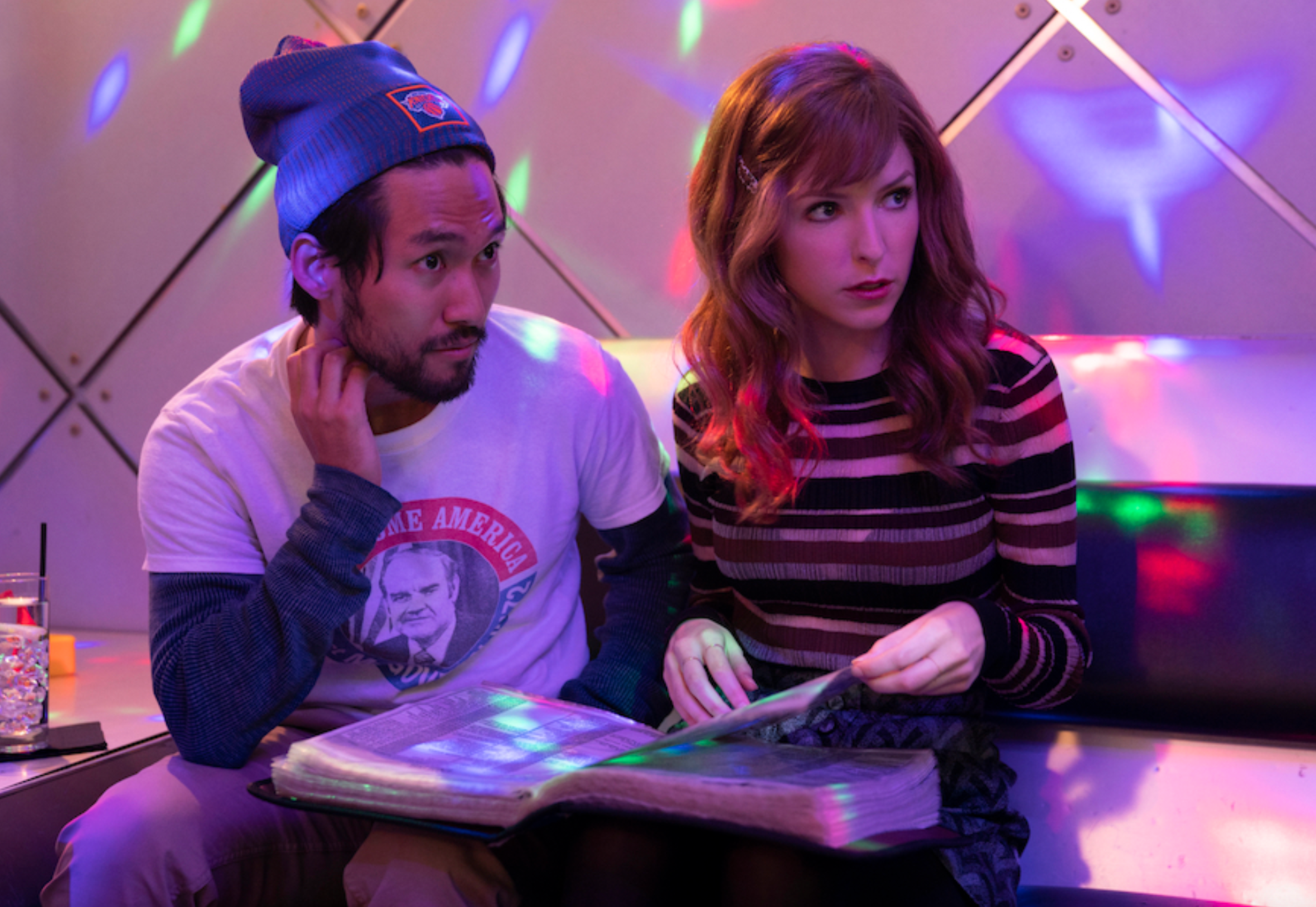 Clark: How do you define a Max Original, especially in how it’s different from what would be on HBO?

Reilly: There’s a similar focus on quality and ambition, but much broader. HBO is squarely an adult service and generally go for a complexity of fare that I think ties them together in terms of execution, both in storytelling and the central conceit of what they do. We’re going broader in categories. We look at it as a value add.

We know that we are competing with YouTube in a larger environment. We know exactly what Disney is. But we have very deep assets that we’ll continue to program Max Originals across. “Sesame Street” will continue to program Max Originals for us outside of the core offering. That’s why we started with Elmo’s talk show [“The Not Too Late Show with Elmo”]. Then we work our way up to older kids, and then young adult. In the adult category, that’s where we have “HBO alternative.”

We started with “Love Life,” which is not “the model,” but it’s indicative of a show that is highly approachable with quality execution and an excellent lead [Anna Kendrick] with some texture to the production value and storytelling. It’s a fun show that we think will delight a broad audience.

There will be shows that could easily play on HBO. We’re able to navigate that so that we’re not finding we’re making “Succession” and they’re making “Succession.” HBO covered that base for us for the audience. Hopefully there’s a high level of execution across the board that more often than not, you’re seeing something that’s good but across multiple audience touchpoints. 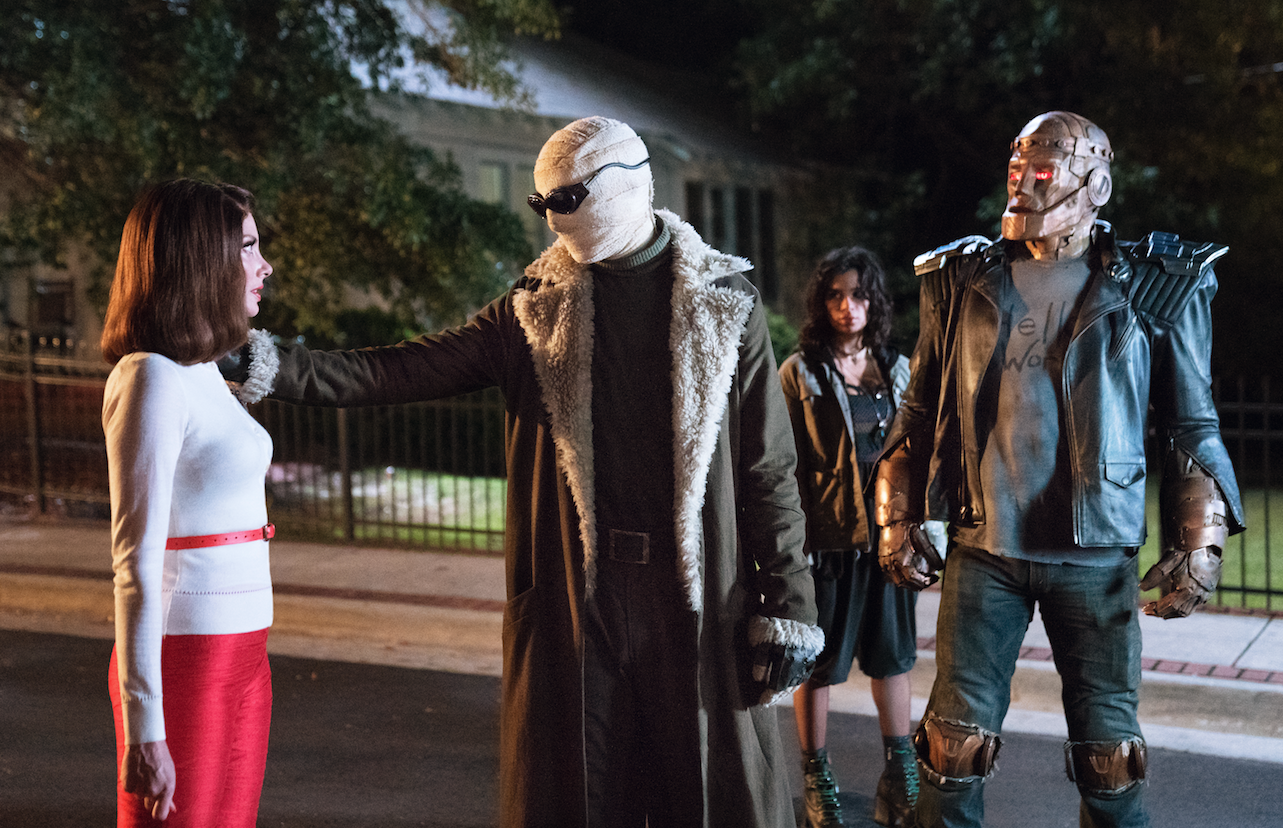 Clark: Earlier this year [at a Television Critics Association panel], you mentioned you were still figuring out the subscriptions between HBO Max and DC Universe [which is owned by HBO Max’s parent company, WarnerMedia]. Now we know that “Doom Patrol” [a former DC Universe exclusive] will stream on both Max and DCU simultaneously. How did you come to that conclusion and should we expect other DCU shows to transition over to Max?

Reilly: There have been extensive discussions around DCU because DC is such a valuable entity to us and the depth of fandom is so important. So we really want to figure out how we walk this line for fans where we have a deep fan engagement, which is why DCU was designed, and a broader fan engagement.

That is evolving but there were high-end series that DCU produced that felt like, budgetarily, we could handle from a business model better, and bring along and service that swath of fans. “Doom Patrol” was a show we identified that had deep love for it and tucked right into our portfolio.

[A Max representative later told Business Insider that there are “no current plans for any other DCU show” to move to Max.]

Clark:
Can you tease what people can expect from DC Max Originals? Can people expect movie-like budgets?

Reilly: Greg [Berlanti, who is producing a Green Lantern series for Max] has done a lot of really quality DC fare for The CW. These will not be that. These will be next step up in production value. You can expect the highest level of cinematic production values on those shows, and that’s the same for the projects we’ve announced with J.J. [Abrams]. 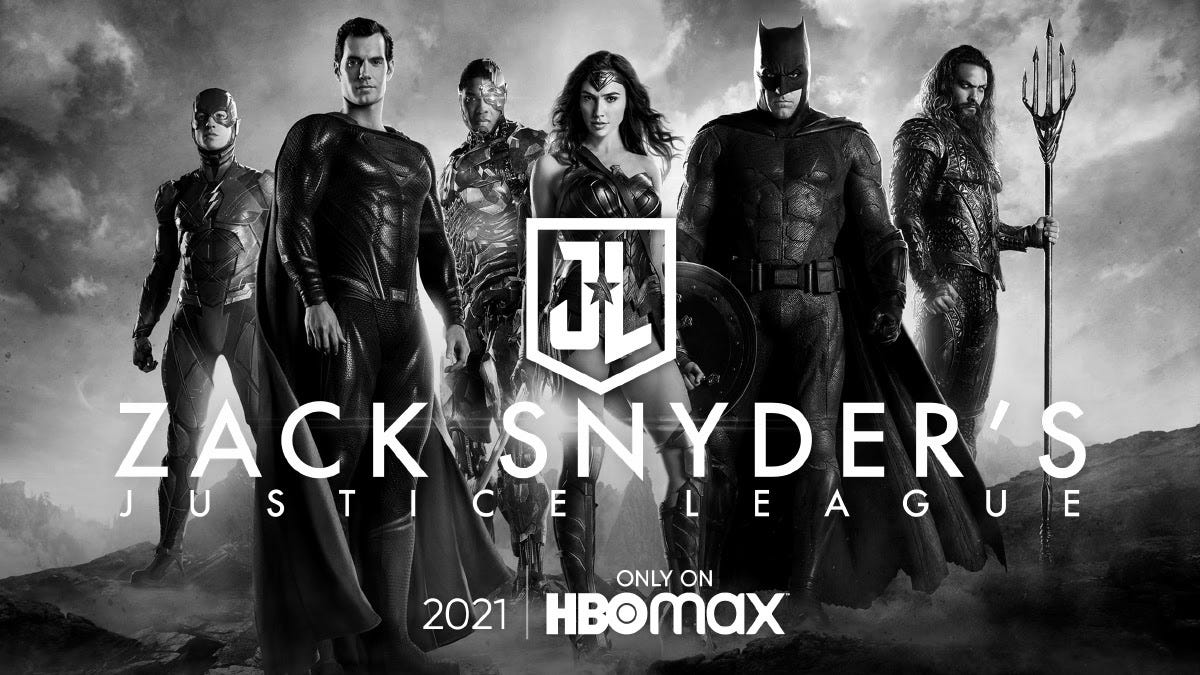 Reilly: Yes, he’s always loved it. He always felt that there was a lot of opportunity there and an unexplored territory, and kind of a pond that he could play in exclusively.

Clark: It wouldn’t be a complete interview if I didn’t ask about the Snyder Cut. How long have those discussions been happening? Was there a specific thing that finally tipped it in favour of its release?

Reilly: I forget when Zack and Deborah [Snyder] first gave us the sense of where they were heading, but even from that meeting, me and my team felt it was something we really wanted to do. There were a lot of issues involved to figure out how we could deliver on his vision, and a myriad of legal issues. We’ve been sitting on this for quite some time but working on it. It was obviously a secret project given the high level of interest, but we were chipping away at it piece by piece. There was some strategy but also some serendipity in how we got over the hurdle of some of those issues just before the launch [of Max].

Clark: What were some of the issues?

Reilly: That’s a whole separate interview [laughs]. Let’s file that as a follow up.