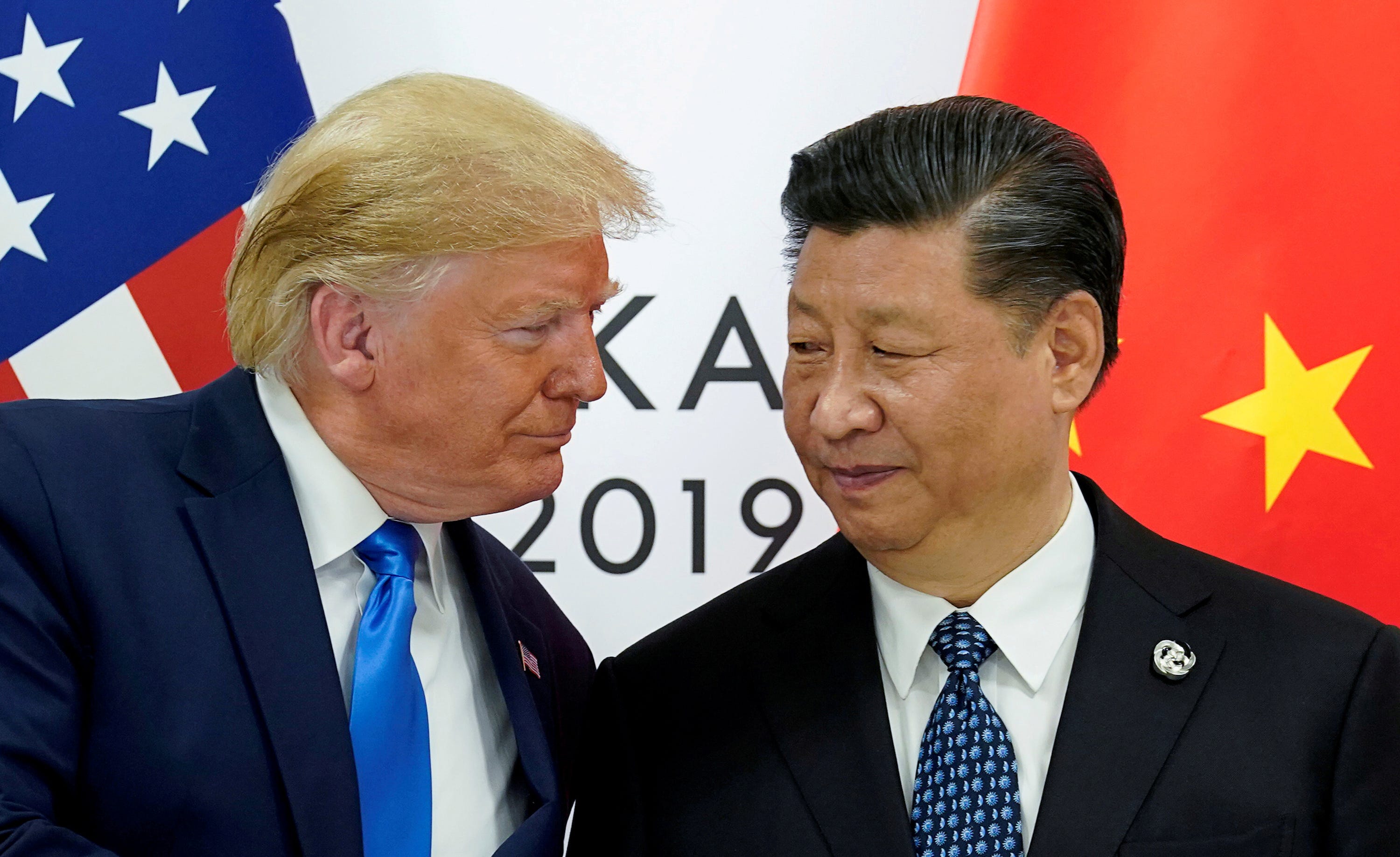 REUTERS/Kevin Lamarque/File Photo/File PhotoPresident Donald Trump with Chinese President Xi Jinping at the start of their bilateral meeting at the G20 leaders summit in Osaka, Japan, on June 29, 2019.

Fan, who is a Chinese citizen, was last seen being taken away from her apartment in Beijing by plainclothes security officials after speaking with one of her editors at about 11:30 a.m. Monday, Bloomberg reported.

After Fan disappeared, Bloomberg contacted both the Chinese government and the Chinese Embassy in Washington, DC, trying to find out where she had been taken.

Bloomberg LP, the parent of Bloomberg News, on Thursday received confirmation from Chinese authorities that Fan was being held on suspicion of endangering national security.

“Chinese citizen Ms. Fan has been detained by the Beijing National Security Bureau according to relevant Chinese law on suspicion of engaging in criminal activities that jeopardize national security,” the Chinese authorities said, per Bloomberg.

“The case is currently under investigation,” they added. “Ms. Fan’s legitimate rights have been fully ensured and her family has been notified.”

China’s definition of endangering national security is known to be broad.

Fan, who covers Chinese business-news topics for Bloomberg, started working for the publication in 2017. She previously worked for Al Jazeera, CBS News, CNBC, and Thomson Reuters.

In 2009, she finished studying a master’s in international journalism at the University of Leeds in England, according to her LinkedIn.

“We are very concerned for her, and have been actively speaking to Chinese authorities to better understand the situation,” a Bloomberg representative said. “We are continuing to do everything we can to support her while we seek more information.”

Fan’s detainment comes amid high tensions between Western media organisations and China, as well as between the White House and Chinese media.

The US and China have been imposing sanctions on each other’s journalists. The US has labelled Chinese media organisations as government entities, and the Trump administration in May tightened visas for Chinese reporters, limiting the time they could stay in the country to 90 days.


Read more:
The US and China are breaking up. The only question now is how ugly it will get.

In February, China expelled three Wall Street Journal reporters after the newspaper titled an article “China Is the Real Sick Man of Asia.” China deemed this racist and gave the reporters five days to leave the country.

One month later, China said it was kicking out at least 13 American journalists at three major US news organisations: The New York Times, The Journal, and The Washington Post.