I'm nine months pregnant, and I'm bringing my baby into a world I no longer understand. I have to remain hopeful anyway. My partner and I planned our first pregnancy meticulously. We timed it for his spring semester of graduate school, when he could take time off. We read the books. We toured hospitals before I was even pregnant. I grilled the guides on the availability of nitrous oxide machines and water immersion tubs while the people who were actually pregnant rubbed their bellies and asked where they should park.

As a journalist who reports on reproductive health care, I focus daily on failures and injustices in the US healthcare system. With enough planning, I somehow thought, I could protect myself from these hazards. We found a doula, took a childbirth class, hired a postpartum doula for the weeks after birth.

We factored in some of the system’s more predictable failings, budgeting around the fact that the average person, even with insurance, pays $US4,500 for delivery. I asked my partner to memorise symptoms of deadly complications, so he could sound the alarm if the medical staff missed them, knowing that the United States has the highest maternal mortality rate of any wealthy nation.

But the outbreak of a global pandemic that threatens to paralyse our healthcare system a few weeks before my April 5 due date was not part of the plan. 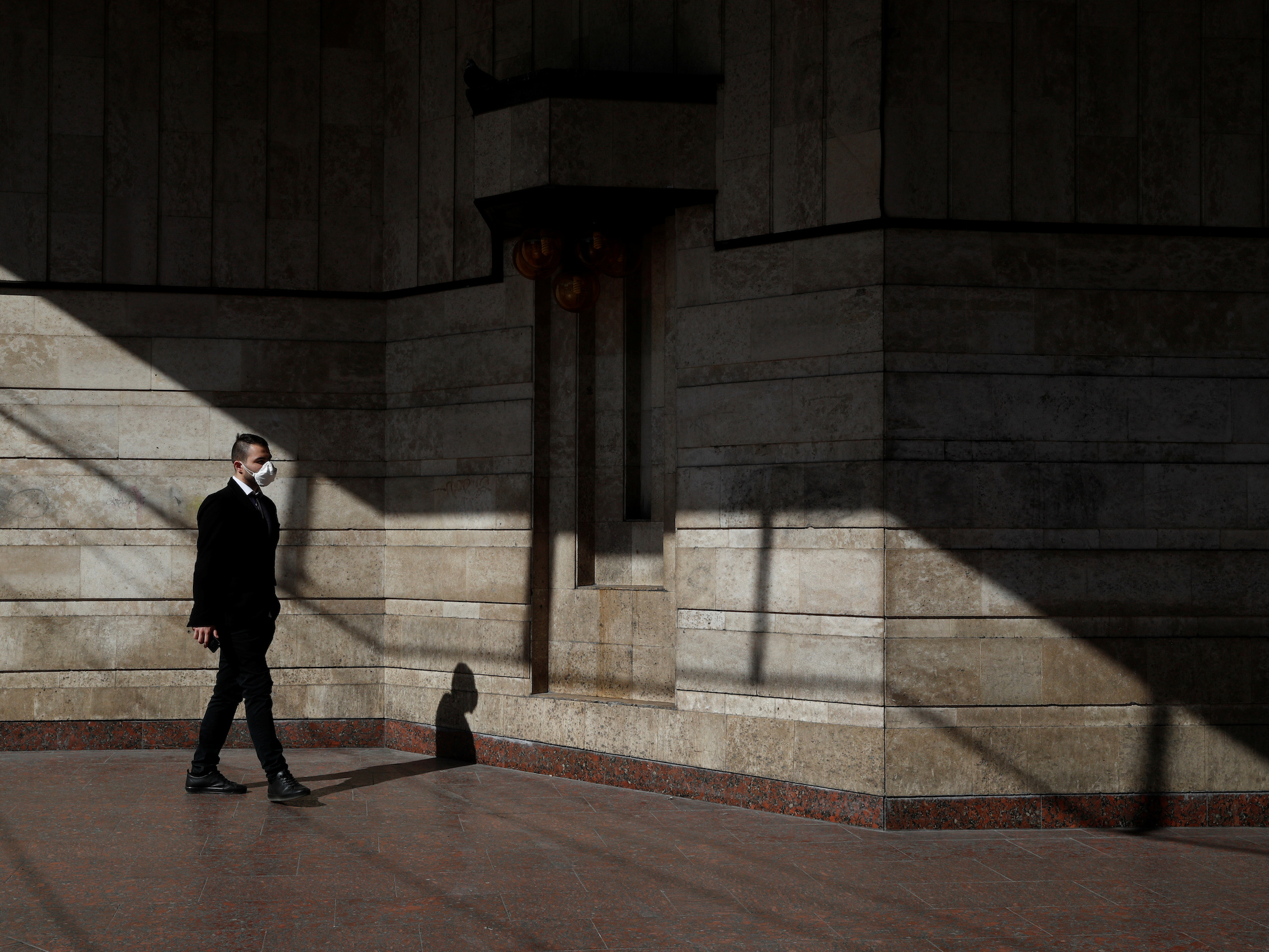 It all unravelled fast. On March 10, when I was 36 weeks pregnant, our midwife reassured us that, despite a pending crackdown on visitors at the hospital, we could still have our doula at our birth. I felt a wave of relief, knowing that I would have an expert to guide me into comfortable positions, and knowing that such support can shorten labour and reduce the likelihood of a C-section.

The midwife said early evidence showed pregnant women fared relatively well if they got the virus, and didn’t seem to transmit it to their fetuses. (The Centres for Disease Control and Prevention still says it doesn’t know how the disease impacts pregnancy and babies.) Of course, she added nonchalantly, those women had been separated from their babies after birth. But the threat seemed remote enough at the time that I didn’t dwell too hard on it.

The next day, I went to my prenatal yoga class, which is often so packed that we brush each other’s hands as we sweep them over our heads. There were two other people. Something had changed. I scuttled as far away from them as possible.

When I got home, I scrubbed down my mat and my water bottle, stripped off my clothes, and got in the shower.

Local doctors posted panicked updates on social media about a shortage of test kits and how the virus was beyond the point of containment. By the end of the week, news reports were comparing Boston, where I live, to Italy, where cases had soared from three to more than 15,000 in about three weeks and the hospitals were overwhelmed.

Our plans failed, one by one. On Friday, our doula texted me to say that, despite what we had been told three days earlier, the hospital had reduced the number of visitors during labour to one, effectively banning her.

Our postpartum doula cancelled all visits. We stopped leaving the house except for walks and medical appointments. (Both my partner and I do work that allows us to stay at home.)

I began to fixate on the image of contracting the virus and being forced to lie alone in a hospital bed, recovering from birth, unable to come within six feet of my baby for two weeks. I had visions of getting a mandatory C-section from a doctor in a Hazmat suit. I worried about my sister, who is also pregnant and due a week before me, and whose partner, a mechanic, is, like so many people, still going to work to survive.

The post-birth arrangements, like introducing the baby to our families, began to look more remote

Then there were the happier plans that I had cherished since learning I was pregnant, like the image of proudly setting my newborn in the lap of my 100-year-old grandmother. When I told her I was pregnant last year, as her health began to fail, she grinned and said that now she had a reason to live.

For months, she had been knitting two snowy white blankets, one for each great-grandchild, waiting, waiting. The blankets are finished now, but her nursing home has restricted visitors – nor is it thinkable to breathe near someone so fragile.

Gone, too, is the moment I had imagined over and over of introducing my parents to my baby at the hospital, revealing the name we have kept secret for months. The new policy bans these visits, and I can’t ask my parents, in their seventies, to set foot on the now-treacherous grounds of a hospital.

My panic peaked last Friday, after two friends came over with dates they had picked up for me from Costco. (Eating dates to ripen the cervix was all part of the plan.) I felt buoyed by their visit until one friend texted later to say they had a fever and body aches. 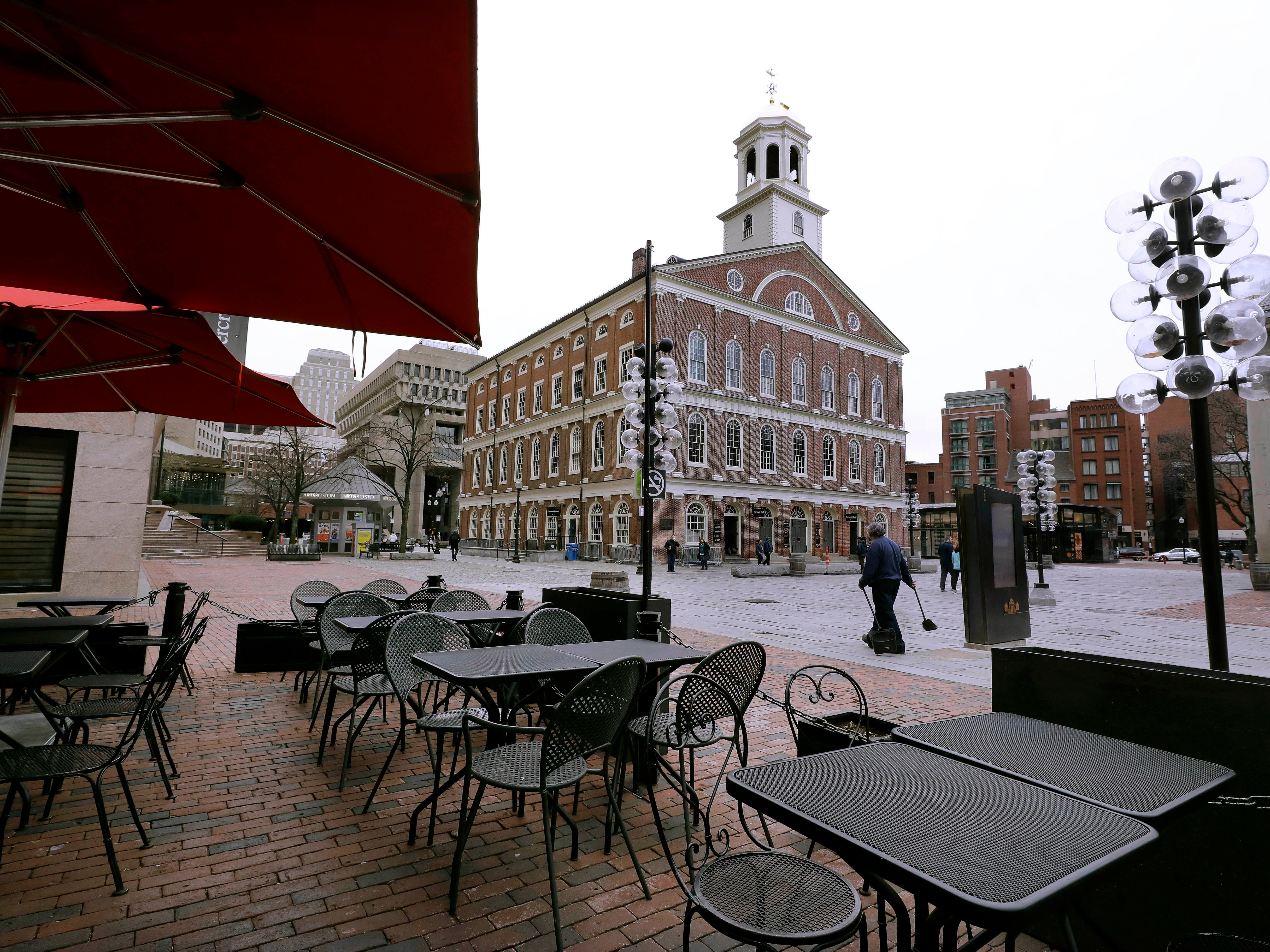 My partner rubbed bleach over everything we thought they had touched. As the noxious pool smell filled the house, we dragged our dog into the shower with us, dousing her and ourselves with soap. The baby, oblivious, kicked in my belly under the warm water. I pressed my hand on my skin and asked the baby for more time, time to wrap my head around what was happening. As it turned out, the friend was fine. But I cursed my recklessness and resolved not to let anyone else into our house.

The people around me were often – but not always – comforting

A Facebook group for people with similar due dates became, like much of the Internet, a strange hybrid of support group and communal panic room. It was comforting to know I wasn’t alone in making wrenching choices, like whether to allow visits with a newborn, even from immediate family. People shared their panic and pain, along with real-time updates from delivery wards and resources for giving birth without a doula.

Conversations with loved ones were a mixed bag. People casually suggested that if the hospitals were unsafe or overflowing, I could just deliver at home – an idea that, a few weeks before my due date, with no plan in place, felt vaguely like falling off a cliff.

A home birth also wouldn’t guarantee I could avoid transfer to a hospital if something went wrong. But by comparison, the idea of delivering in a hospital without my partner’s reassuring presence felt so unthinkable that, when I read reports suggesting this could happen, I swore I would give birth in my bathtub instead.

Having a child disrupts even the best-laid plans

Our next checkup on March 17 was only a week after the last, but the hospital felt eerily different. In the waiting room, signs instructed people to sit at least two chairs apart. Through a mask that I’d been asked to wear because I had a lingering cold, I asked my midwife a series of previously unfathomable questions: Would I be separated from my baby if I had symptoms of the virus, or only if I tested positive, and if so, for how long? Did she think it was likely that the labour and delivery ward would close? 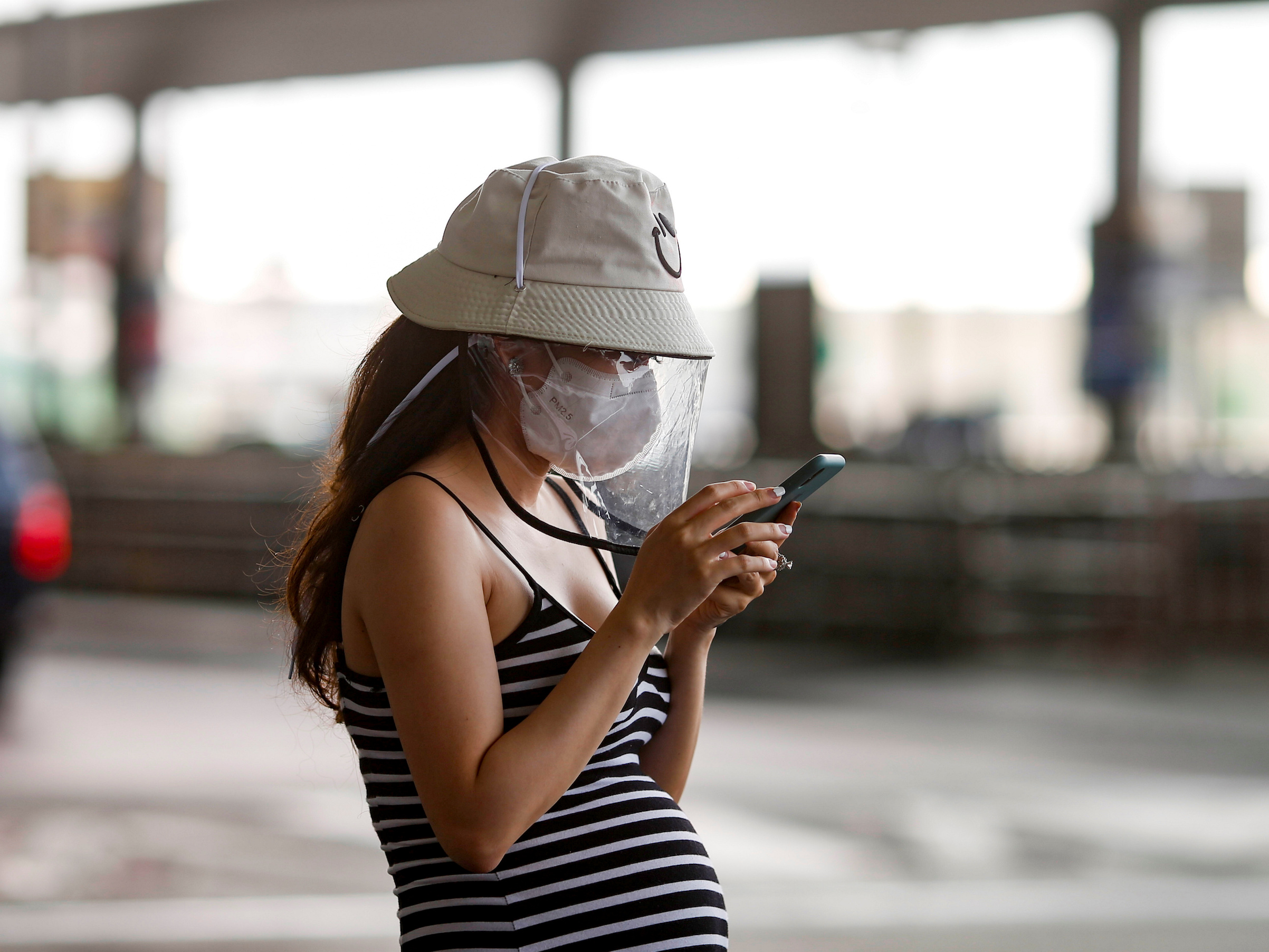 Soe Zeya Tun/ReutersA pregnant woman wears a protective face mask due to the COVID-19 outbreak, as she came out from Suvarnabhumi Airport in Bangkok, Thailand on March 20, 2020.

Her answers were not all reassuring, but her calmness steadied me. Here was a woman who knew through experience something I had failed to factor in when carefully laying out my plans: when it comes to birth, you simply cannot plan for every contingency. This is true even without a pandemic.

As she washed her hands before measuring my belly, my midwife told me that each night, when she was growing up, her mother used to tell her the story of today and tomorrow. That is the only story any of us ever know. Her words calmed something else that had been brewing in me ever since the virus struck: a growing sense of existential dread about bringing my child into a world I could no longer explain.

Even amid all the panic and uncertainty, my partner and I have chosen to believe in community and togetherness

Something else, too, has emerged to quell this hopelessness. Even as the government and healthcare systems fail, people have begun to create networks of support. A friend delivered notes to neighbours to create a pandemic group chat. Another organised a video conference of 20 people to sing happy birthday to his partner while they were in lockdown in the Bay Area. People launched fundraisers for those who had lost work because of the new bans. New plans are being made, hour by hour, day by day.

I am reminded of another existential threat my partner and I had, in a sense, factored into our plans: climate change. Before I got pregnant, we asked ourselves whether we could justify having a child who, by virtue of living in the United States, would have a disproportionately large carbon footprint, despite our best efforts to limit it. We decided that giving up on having the child we wanted meant the only truly unfathomable option: giving up on our planet, on each other. Not having a kid when we wanted one felt like disinvesting in the future. Brian Snyder/ReutersA blue ribbon and flowers hang in front of the EvergreenHealth Medical Centre, where many victims of COVID-19 are being treated, in Kirkland, Washington, on March 19, 2020.

Instead, we have chosen to place our hope in communities, in the systems of resistance and support people create that cannot fail as easily as the government or the hospitals. In the midst of a crisis that changes moment to moment, we have all had to let go of any firm sense of what the future looks like. The world will be different when we emerge.

We can abandon our plans. But for our baby’s sake, we will not give up hope.

Amy Littlefield is a freelance journalist who focuses on the intersection of religion and health care.

What pregnant women should know about the coronavirus

I’m living through the coronavirus lockdown in Milan, Italy. Here’s how I’m managing my anxiety.

I’m an Italian mum under coronavirus lockdown. Here’s what I wish I had done differently before things got bad.