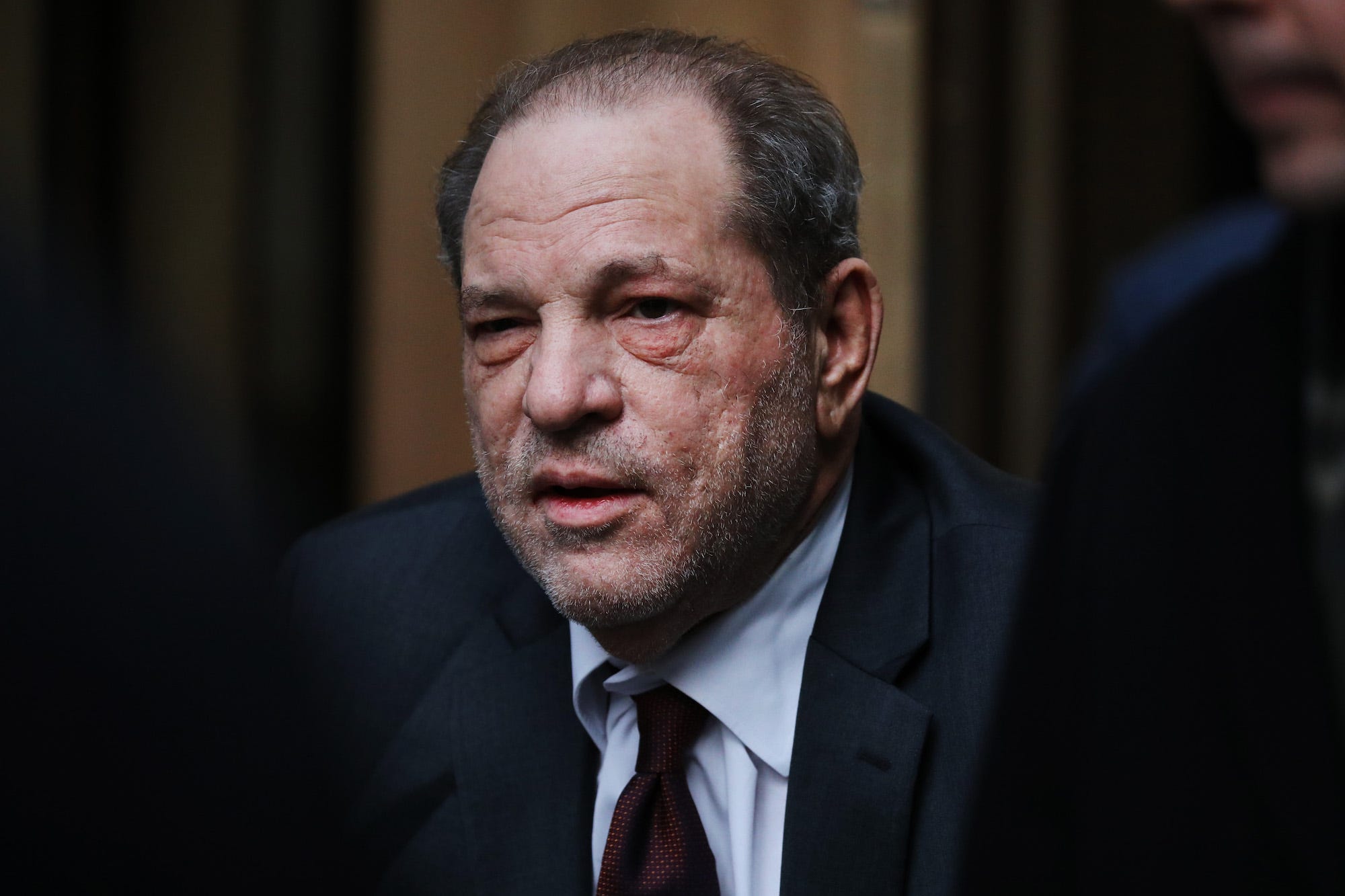 Harvey Weinstein was sentenced to 23 years in prison on Wednesday, two weeks after a jury convicted him of sexual assault and rape.

The disgraced former Hollywood producer was found guilty of one count of first-degree criminal sexual act against the production assistant Mimi Haleyi in 2006 and one count of third-degree rape against the hairstylist Jessica Mann in 2013.

Prosecutors had asked Judge James Burke to deliver the maximum sentence of 29 years: 25 for the sexual-assault conviction and four for the rape conviction. Ultimately, Burke sentenced him to 20 years for the former and three for the latter. The sentences will run consecutively.

Both Haleyi and Mann gave victim-impact statements in court, urging Burke to give Weinstein the harshest possible sentence.

“I have found my voice and hope for a future where monsters no longer hide in our closet,” Mann said. 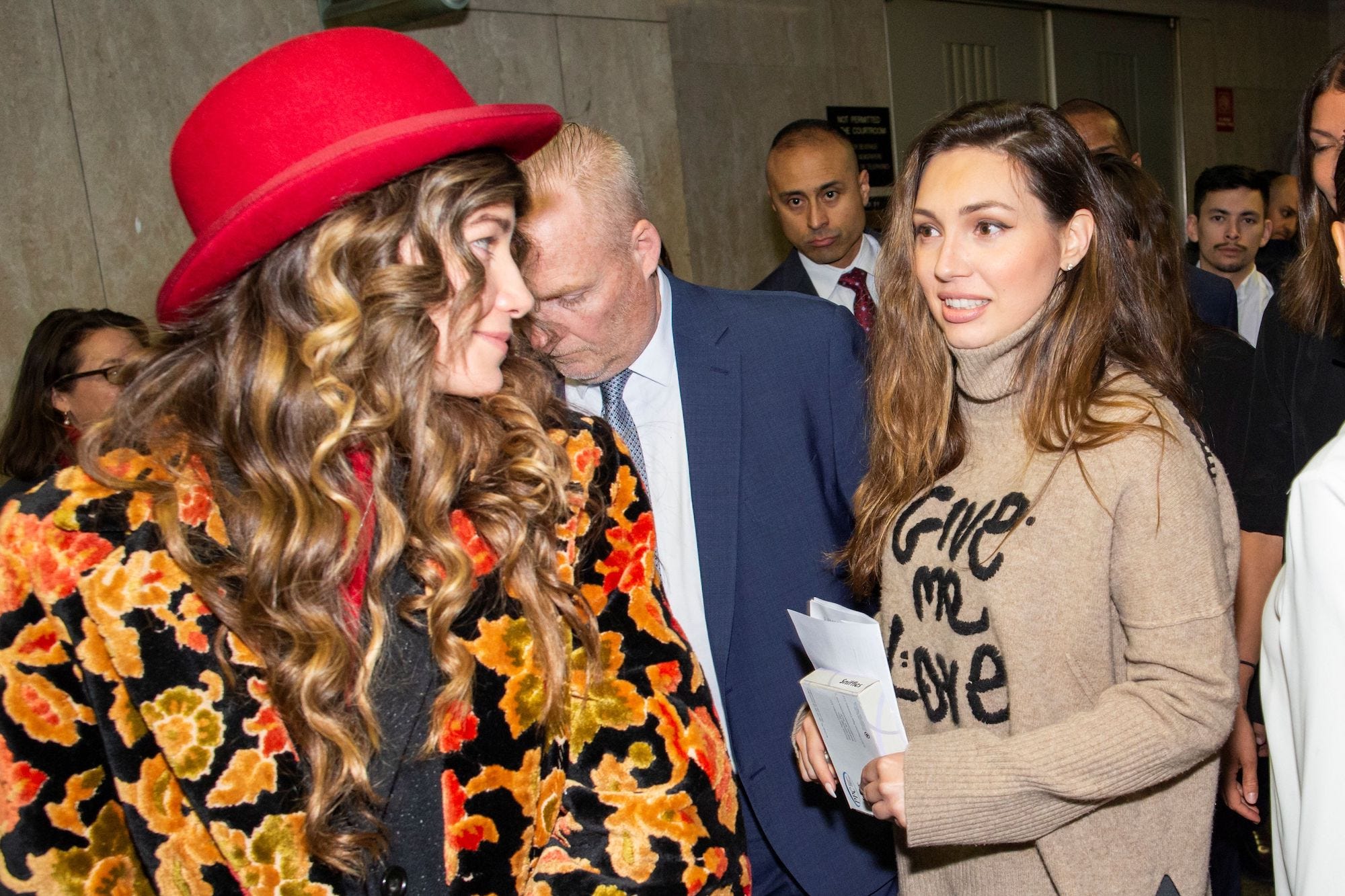 Weinstein gave a statement in court for the first time on Wednesday, speaking for roughly 10 minutes and lamenting at one point that “thousands of men are losing due process.”

He also said he was “confused” by the ordeal and believed that he had a good friendship with Haleyi and Mann.

“I’m not going to say these aren’t great people. I had wonderful times with these people. I’m just genuinely confused. Men are confused about this issue,” Weinstein said, according to The Associated Press.

Weinstein’s lead defence attorney, Donna Rotunno, said in a press conference later that morning that she was “overcome with anger” about the sentence, noting that many murderers don’t even receive such a harsh punishment.

She blamed the lengthy sentence on the power of the #MeToo movement and said she believed the judge and jury both caved to public pressure. 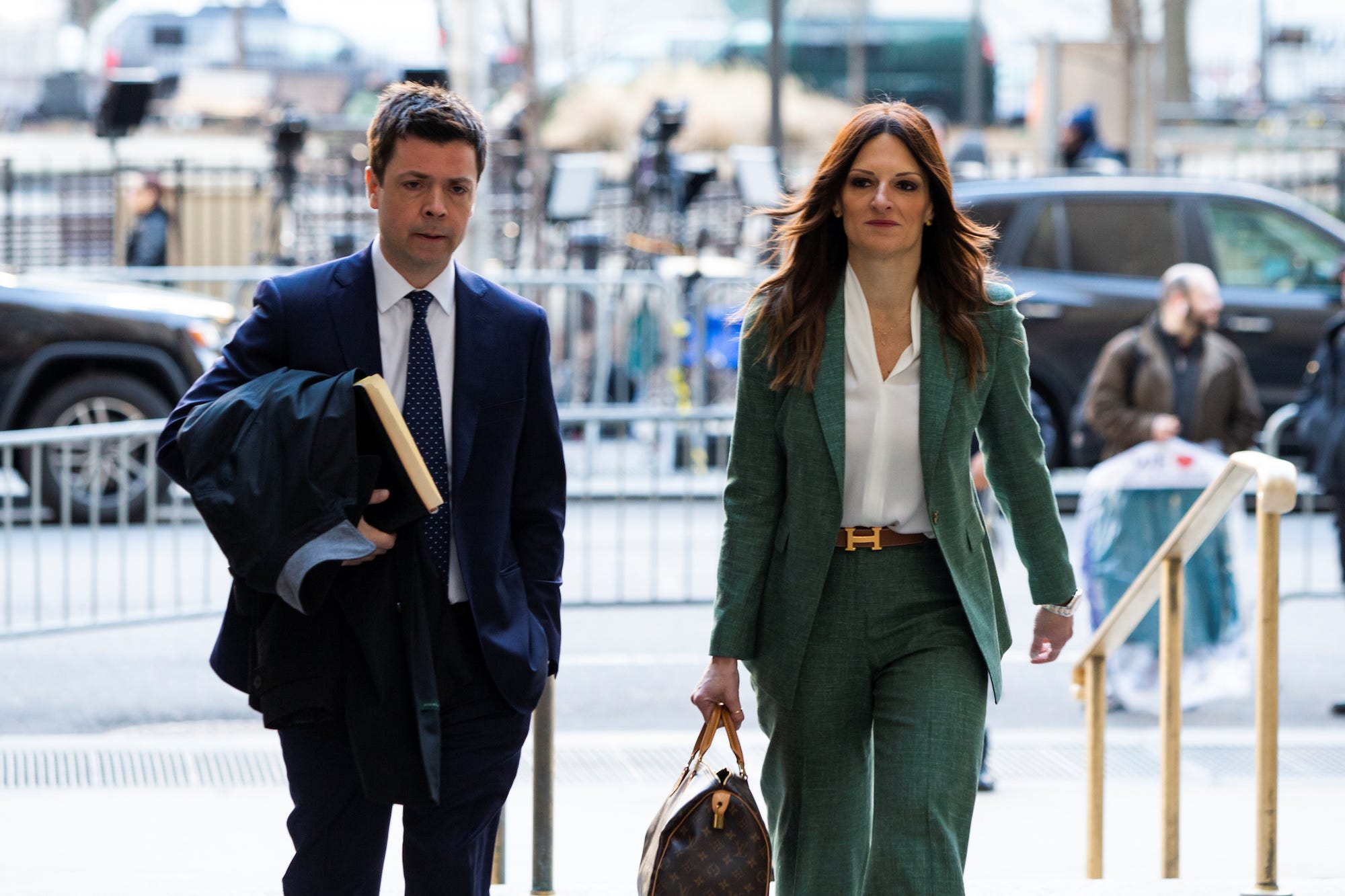 Weinstein’s defence team is appealing the conviction. They had asked the judge for the minimum sentence of five years, arguing in a filing that Weinstein should receive the lightest punishment largely because of his poor health that would make a lengthy prison term “a de facto life sentence.”

“The grave reality is that Mr. Weinstein may not even outlive that term,” his attorneys said of the five-year minimum.

Weinstein appeared thin and frail throughout the trial and used a walker for support after a recent back surgery. In a last-ditch attempt to have Weinstein released on bail before his sentencing, his attorneys argued that Weinstein was going blind and required daily injections in his eyeballs.

Weinstein arrived at court in a wheelchair on Wednesday morning, days after undergoing a heart procedure while in custody.

Wednesday’s sentencing capped off a months-long trial with gruelling and emotional testimony from six accusers, including Haleyi and Mann.

Prosecutors sought to use the four other women’s testimony to demonstrate a pattern of criminal behaviour; each woman told the jury stories that bore striking similarities.

The model Tarale Wulff, the former actress Dawn Dunning, and the model and writer Lauren Young all told the jury they met with Weinstein under the pretense of business meetings only to be groped or even raped when they arrived.

Weinstein had also been charged with two counts of predatory sexual assault, which carries a maximum sentence of life in prison, but the jury acquitted him of both counts.

All six women were in court for Weinstein’s sentencing on Wednesday, seated in the first row just behind prosecutors. 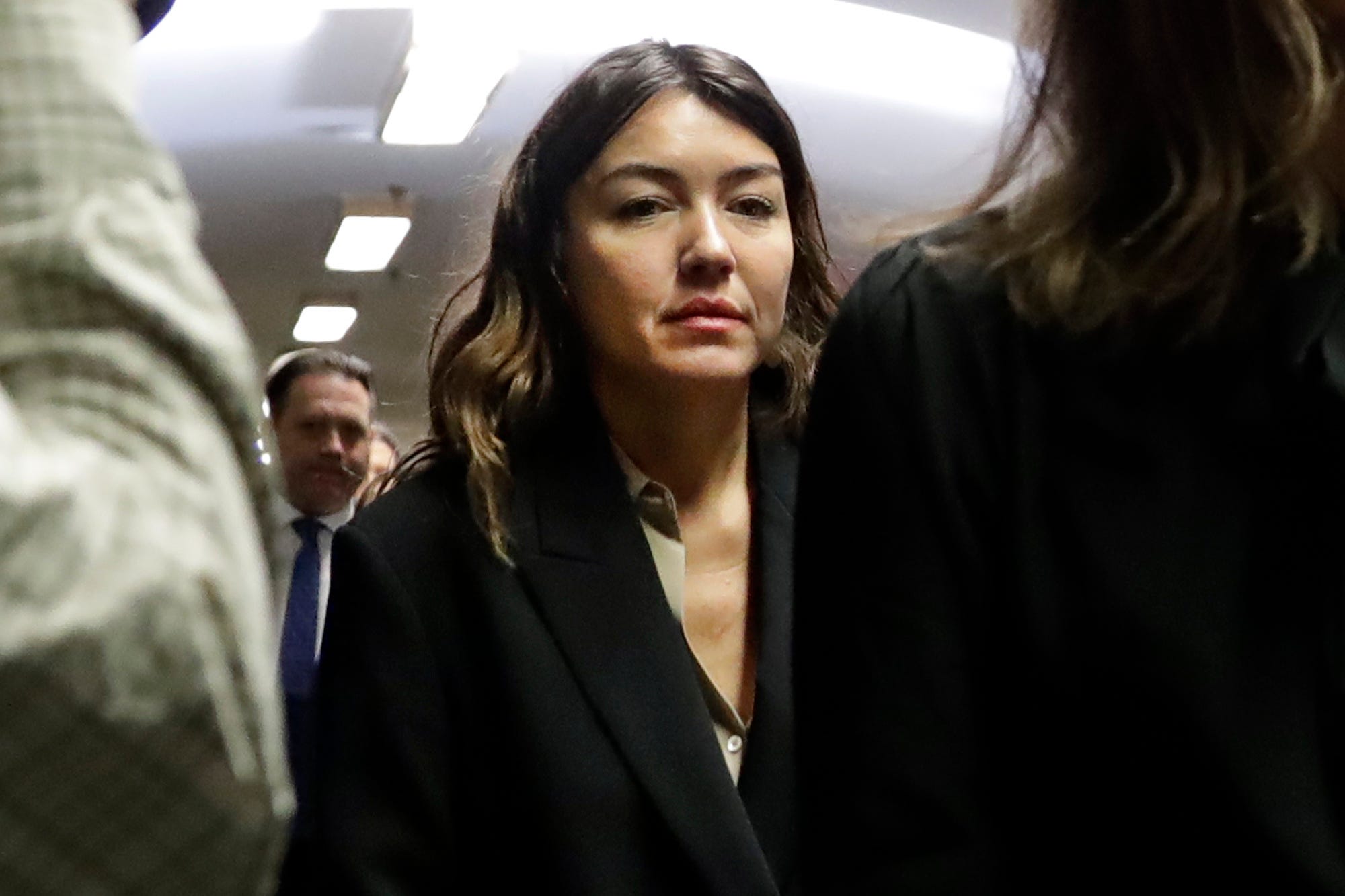 The six witnesses were just a small pool of the roughly 100 women who have publicly accused Weinstein of wrongdoing since October 2017, when The New York Times and The New Yorker published bombshell reports that documented decades of allegations of abuse by the famed Hollywood producer.

The public deluge of allegations sparked a resurgence in the #MeToo movement against sexual assault and prompted a national reckoning over how to hold powerful men accountable and whether to believe their accusers.

Though Burke and Weinstein’s attorneys repeatedly urged the jury not to consider the trial a referendum on the #MeToo movement, their verdict vindicated his accusers and was widely seen as a landmark case for survivors of sexual assault and rape.

Weinstein could face a whole new trial in Los Angeles

Beyond a potentially lengthy appeals process, he also faces more sex-crimes charges in Los Angeles, where prosecutors have charged him with rape, forcible oral copulation, sexual penetration by use of force, and sexual battery by restraint.

Those allegations stem from two women who have both said Weinstein attacked them in 2013. One woman accused Weinstein of raping her after pushing his way into her hotel room, and the second woman said he trapped her in his hotel bathroom after a business meeting and groped her and masturbated. 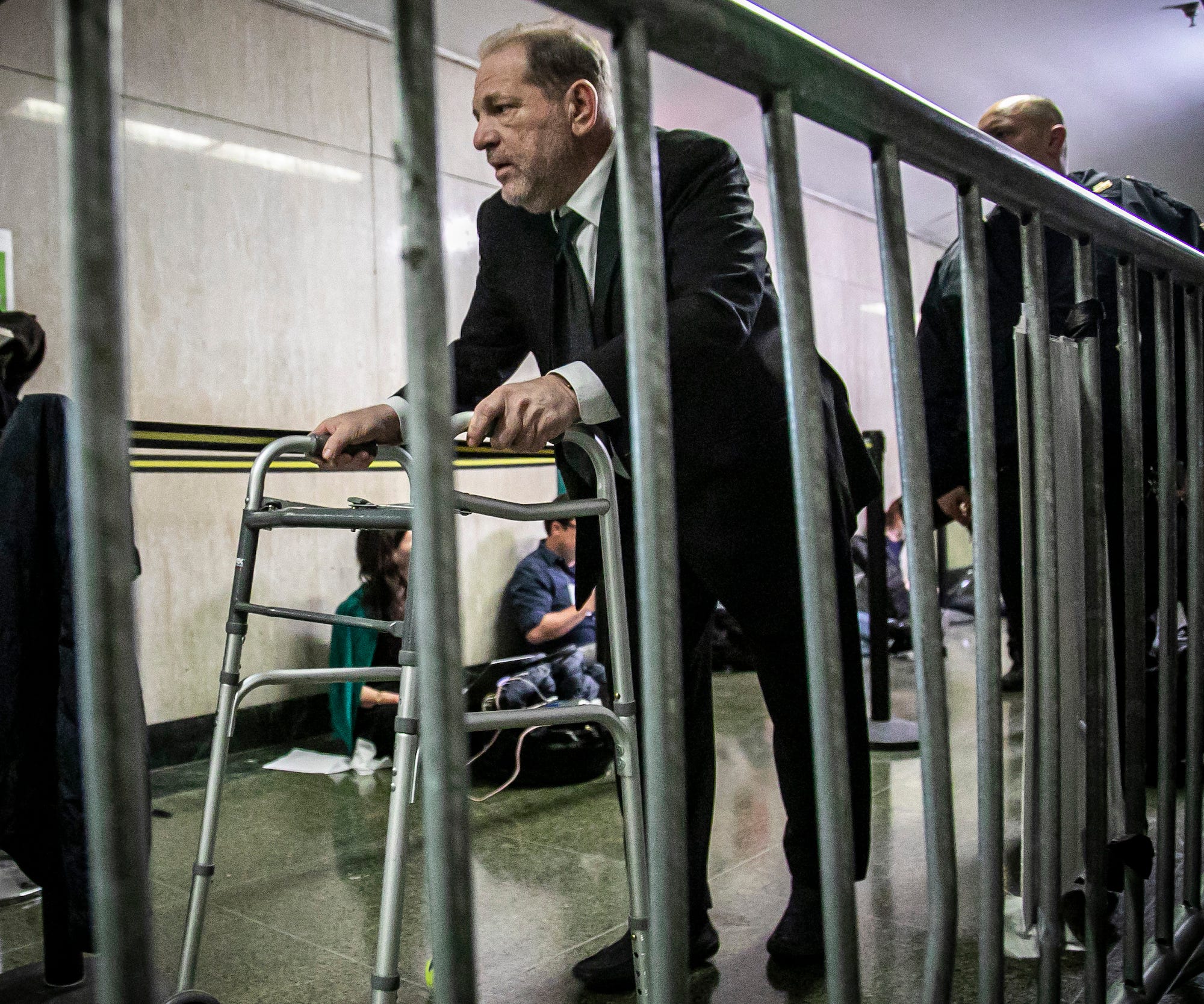 It’s still unclear what will happen with that case in the wake of Weinstein’s sentencing. Prosecutors could opt to pursue a new trial, or they could seek to cut a plea deal that would spare both Weinstein and his accusers more arduous court proceedings and testimonies.

After Wednesday’s sentencing, Weinstein was ordered transferred to Downstate Correctional Facility in Fishkill, New York. He spent the past week in an infirmary unit at New York City’s Rikers Island jail complex.

Though Weinstein was ordered to Rikers immediately after his conviction on February 24, he was held at Bellevue Hospital in Manhattan for more than a week because of high blood pressure and heart palpitations.

His spokesman told reporters last week that Weinstein underwent a heart procedure to have a blockage removed and was transferred to Rikers after that.

At the Fishkill facility, Weinstein will receive a medical evaluation before he is assigned to a state prison facility, prison officials told ABC News. It’s unclear where he’ll be sent, but facilities in Fishkill, Bedford Hills, and Coxsackie have residential medical units.