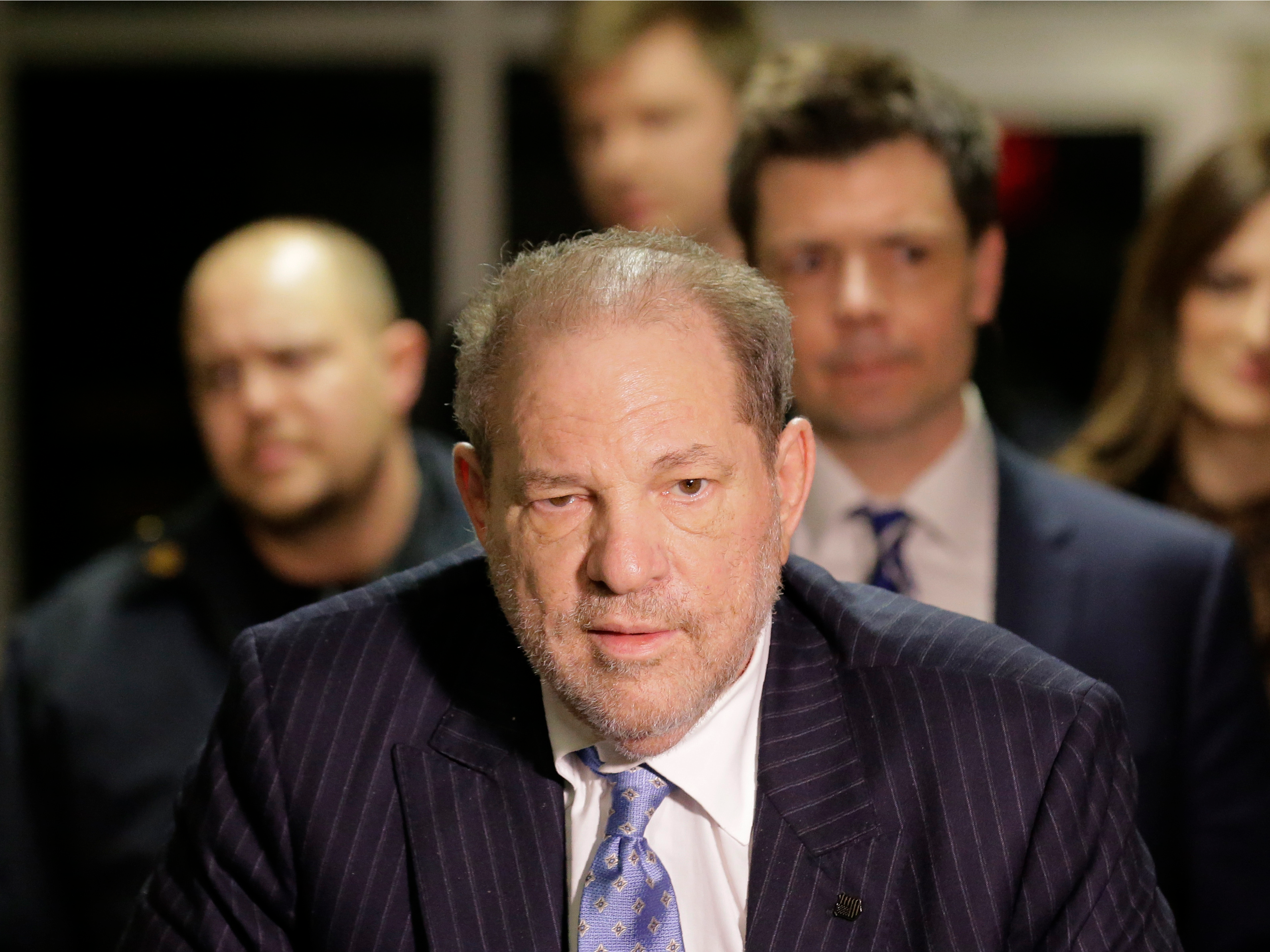 Harvey Weinstein on Monday was convicted of rape and criminal sexual act, though a jury acquitted him of the most serious charges – predatory sexual assault.

The verdict capped off a gruelling weeks-long trial that was widely seen as a referendum on the #MeToo movement and whether years-old allegations of sexual misconduct could hold up in criminal court.

The Hollywood producer was convicted of the third-degree rape of the hairstylist Jessica Mann in 2013, and first-degree criminal sexual act against the former production assistant Mimi Haleyi, who alleged Weinstein forced oral sex on her in 2006. Both women gave emotional testimonies about the alleged abuse they endured from Weinstein and the complicated relationships they maintained with him for years afterward.

Weinstein’s defence attorneys, Donna Rotunno and Damon Cheronis, told Insider in a statement they were working to ensure Weinstein would be housed in the infirmary unit of the Rikers Island jail complex because of his health complications.

Manhattan District Attorney Cyrus Vance thanked the jury in a press conference Monday afternoon, telling reporters the case paved the way for a new generation of sexual-assault survivors to be heard.

He said he was not dissatisfied by the verdict, despite Weinstein’s acquittal on the two most serious charges that could have carried a life sentence in prison.

“It’s a new day because Harvey Weinstein has finally been held accountable for crimes he committed,” Vance said. “The women who came forward courageously and at great risk made that happen. Weinstein is a vicious serial sexual predator who used his power to threaten, rape, assault, trick, humiliate, and silence his victims.”

Rotunno told reporters in a press conference she planned to immediately appeal the convictions, adding that it was “tough to get a fair trial.”

“Jurors came in knowing everything they could know about this case,” Rotunno said. “We couldn’t find a juror that never heard of Harvey Weinstein. This is not over.”

She also denounced Burke’s decision to remand Weinstein to jail despite his health issues. Weinstein used a walker throughout his trial after a recent back surgery.

“We don’t feel good about that at all,” Rotunno added.

During the trial, prosecutors sought to bolster Mann’s and Haleyi’s allegations with the testimony of a third accuser, the actress Annabella Sciorra, who alleged Weinstein raped her in her Manhattan apartment in the winter of 1993 or 1994. Though Sciorra’s allegations were too old to result in standalone criminal charges because of the statute of limitations, prosecutors used her allegations as a basis for two predatory-sexual-assault charges for Haleyi and Mann.

The trial also saw the testimony of three other women whose allegations did not result in criminal charges against Weinstein. The model Tarale Wulff, former actress Dawn Dunning, and model and writer Lauren Young all told the jury they met with Weinstein under the pretense of business meetings, only to be groped or even raped when they arrived. 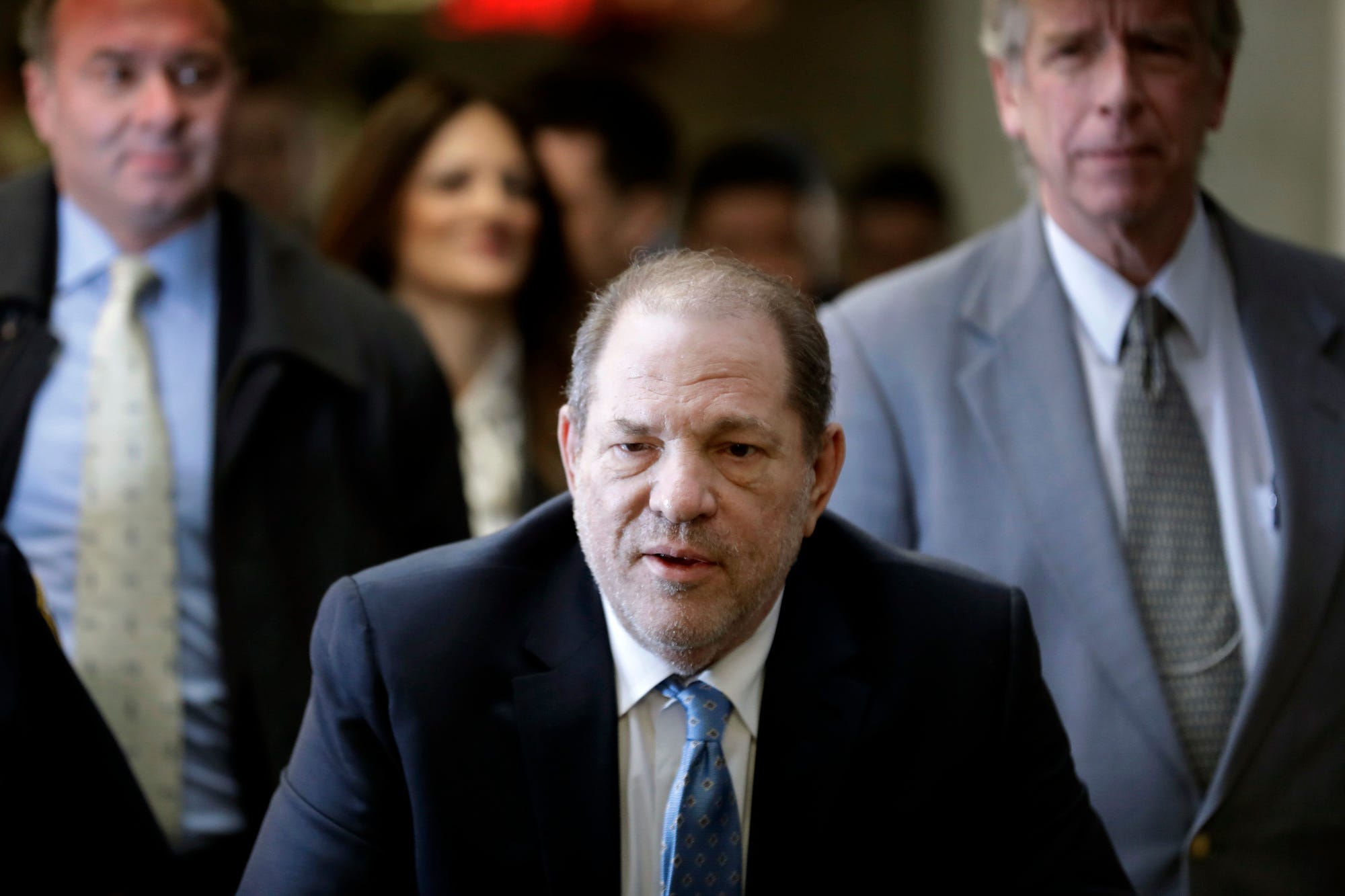 Prosecutors used the three women’s allegations to demonstrate a pattern of alleged predatory behaviour from Weinstein.

But throughout the trial prosecutors also fought an uphill battle at times to provide evidence of the incidents beyond the accusers’ testimony. There was no physical or forensic evidence presented at trial pertaining to Mann’s and Haleyi’s claims, and Weinstein’s defence team called a number of witnesses who seemed to contradict or cast doubt on the women’s stories.

The lawyers argued that Mann and Haleyi were not victims but opportunists who wanted to use their sexual relationships with Weinstein to further their acting careers.

The verdict follows Weinstein’s own company firing him in 2017 and going bankrupt in 2018. One hundred women accused the former Hollywood titan of sexual misconduct after The New York Times and The New Yorker published investigations exposing the first accusations against him in October 2017, igniting the #MeToo movement.

In Mann’s case, defence attorneys homed in on emails and text messages she sent to Weinstein in which she heaped praise on him, suggested he meet her mother and said she loved him.

Mann struggled during her testimony to articulate the nuances of her relationship with Weinstein, which she often referred to simply as “the dynamic.” She told the jury she thought of Weinstein as a father figure and desperately craved his approval, but she also feared his anger and worried that antagonizing him would damage her career. 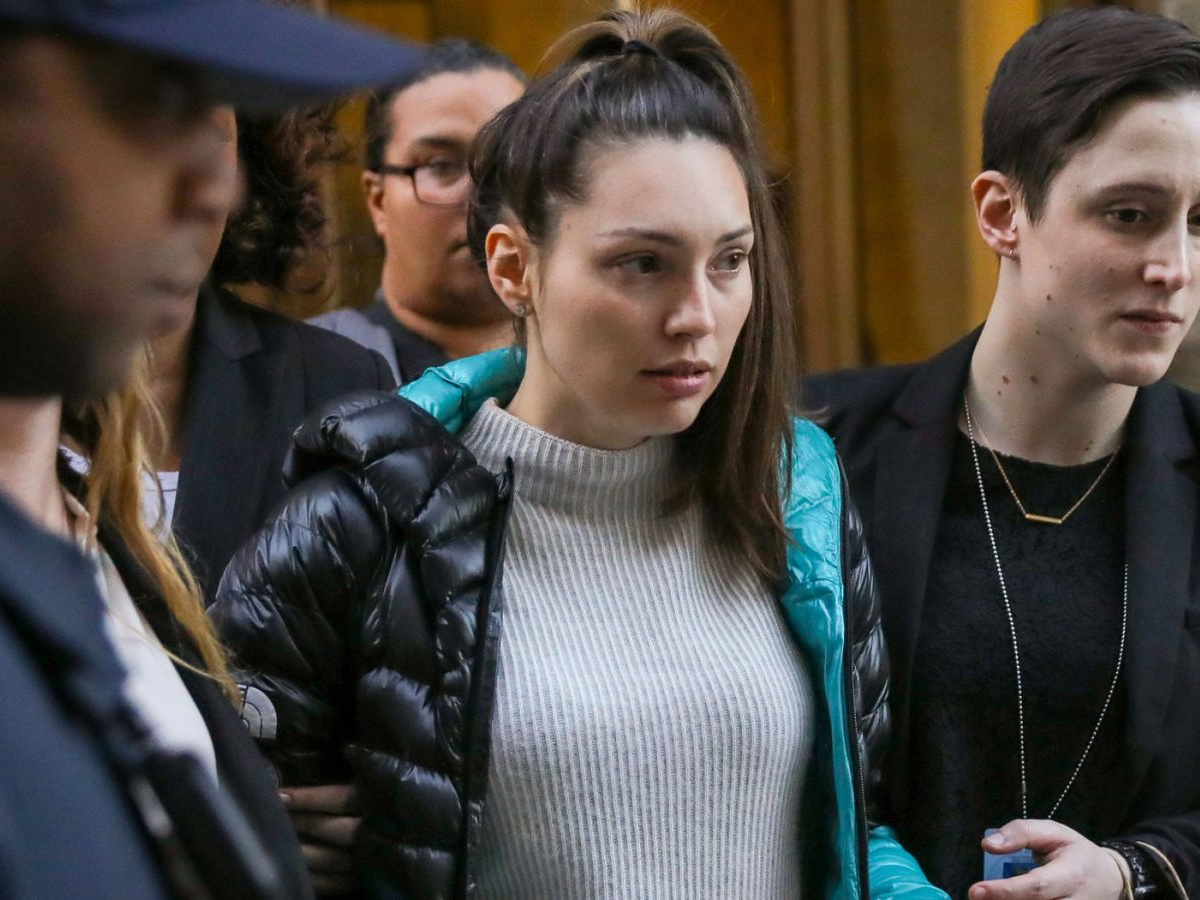 Even as the lead defence attorney, Donna Rotunno, grilled her on the stand, Mann argued that nothing about her consensual encounters with Weinstein should delegitimize her rape allegation.

“I know the history of my relationship with him,” Mann testified. “I know it is complicated and different, but it does not change the fact that he raped me.”

Rotunno garnered particular attention for aggressively cross-examining Mann in a marathon three-day testimony. At one point, Burke ended court early because Mann broke down sobbing on the stand and couldn’t continue. 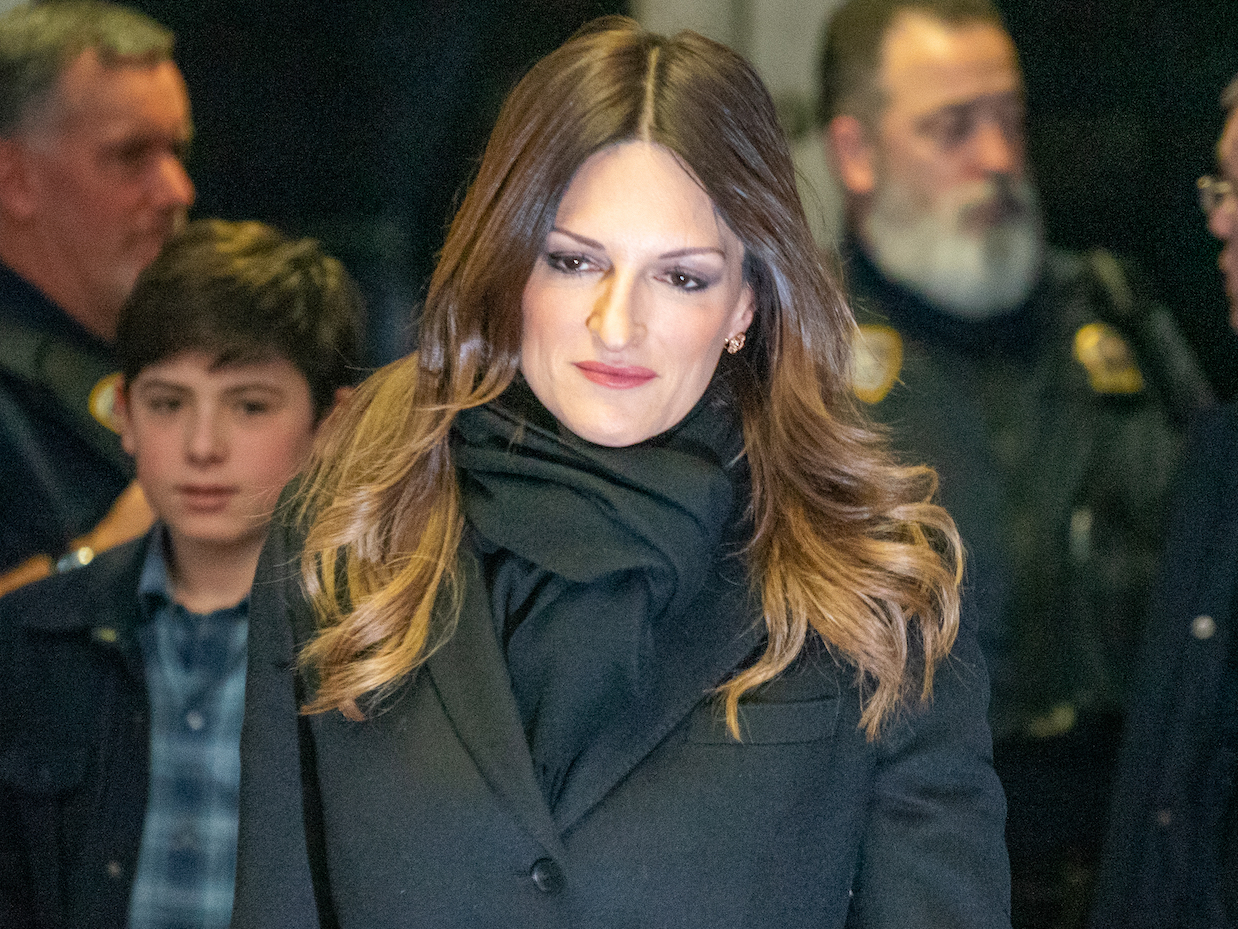 In her closing statement on February 13, Rotunno argued that prosecutors were “overzealous” and “used” Mann to spin a narrative about Weinstein’s behaviour, arguing that the witness had frequently changed certain details of her story and could not remember specifics such as dates.

She told the jurors prosecutors acted as though the accusers “had no free will and no choice,” when they could instead have rebuffed Weinstein’s advances had they truly not wanted to have sexual encounters with him.

“Maybe in that world you’ll see that facts don’t matter. But in this world, and to you, facts matter. Evidence matters,” she said. “And when this case is over we’ll know that you’ll do the right thing because justice demands it and you’ll find Mr. Weinstein not guilty.”

Prosecutors were further incensed when Rotunno published an op-ed in Newsweek on February 16 addressing the jurors directly and professing her client’s innocence. Prosecutor Joan Illuzzi said it “borders on tampering with the jury.”

Though Burke explicitly instructed the jury not to view the case through the lens of the #MeToo movement or women’s-rights issues, prosecutors from the Manhattan District Attorney’s office took pains to explain to the jury that, in recent years, society has developed a deeper understanding of sexual abuse and that victims don’t always behave in ways people might expect them to behave.

In her opening statement, the assistant district attorney, Meghan Hast, told the jury Weinstein had so effectively manipulated the accusers that they felt obligated to continue to see him and keep in touch with him even after he allegedly abused them.

She urged the jury not to judge the accusers for their actions, but only to judge Weinstein for his.

“You may think, you may hope, that you or your daughter or your sister would do something different,” Hast said, adding that their job was to determine whether Weinstein attacked the accusers, “not whether each victim’s reaction was the best reaction afterwards.” 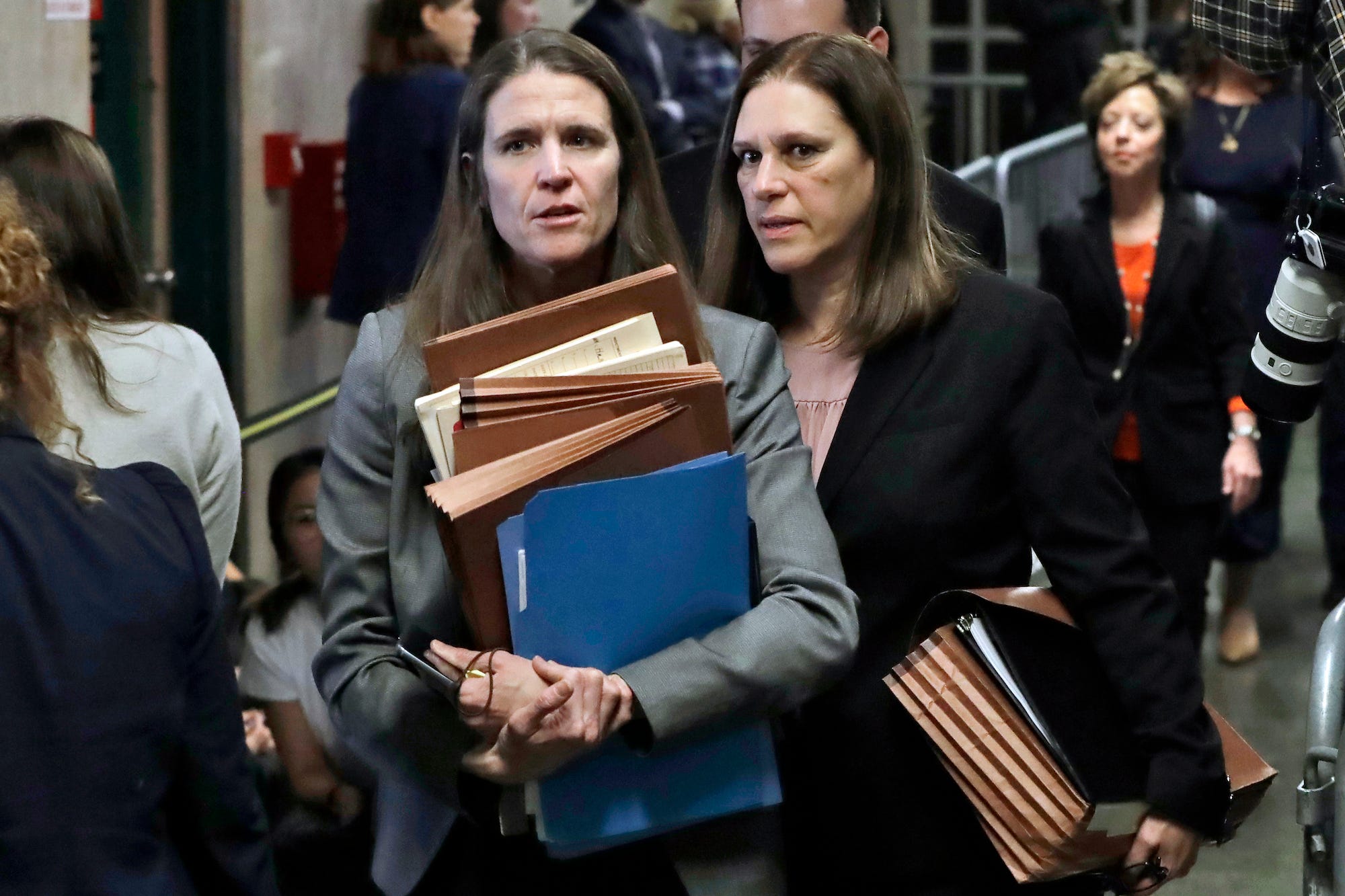 Until the verdict, it had been unclear which way the jury of seven men and five women was leaning. They maintained neutral expressions throughout most of the trial, though several winced when they were shown nude photos of Weinstein apparently to corroborate the accusers’ claims about the appearance of Weinstein’s genitals.

Despite the verdict, Weinstein’s legal troubles are far from over. He also faces a number of lawsuits and has been charged in Los Angeles with rape, forcible oral copulation, sexual penetration by use of force, and sexual battery by restraint.

Mann, who alleged that Weinstein raped her both in New York and Los Angeles, said during her testimony that LA prosecutors had contacted her about their case. She said she had not yet decided whether she would cooperate or potentially testify in a second case.