Harvard's international students are begging the school to let them come to campus in the fall, citing fears of being stuck in unstable home environments if they're forced to leave the US 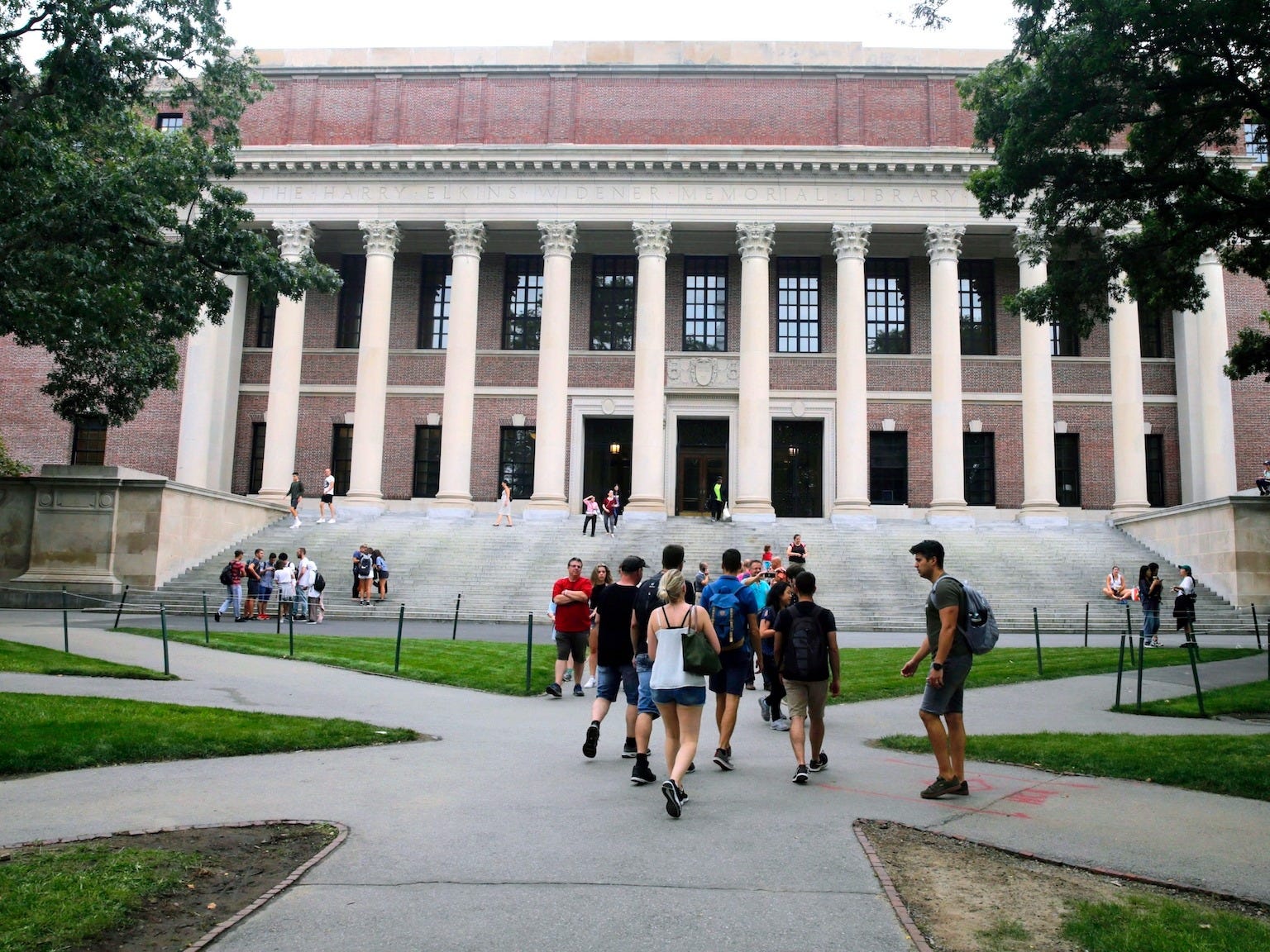 Guillaume Bouchard, a rising sophomore at Harvard University, first experienced homelessness at age 15. The Quebec native said that at that time, his single parent got a job and signed a lease on a one-bedroom apartment in another city without telling him, leaving him to fend for himself.

“I’ve moved 13 times in my life,” he said, adding that half of those times came in the two years after his single parent left and before he moved to the US for school. “I come from an entirely francophone family and community, and I wanted to study English and come to America.” 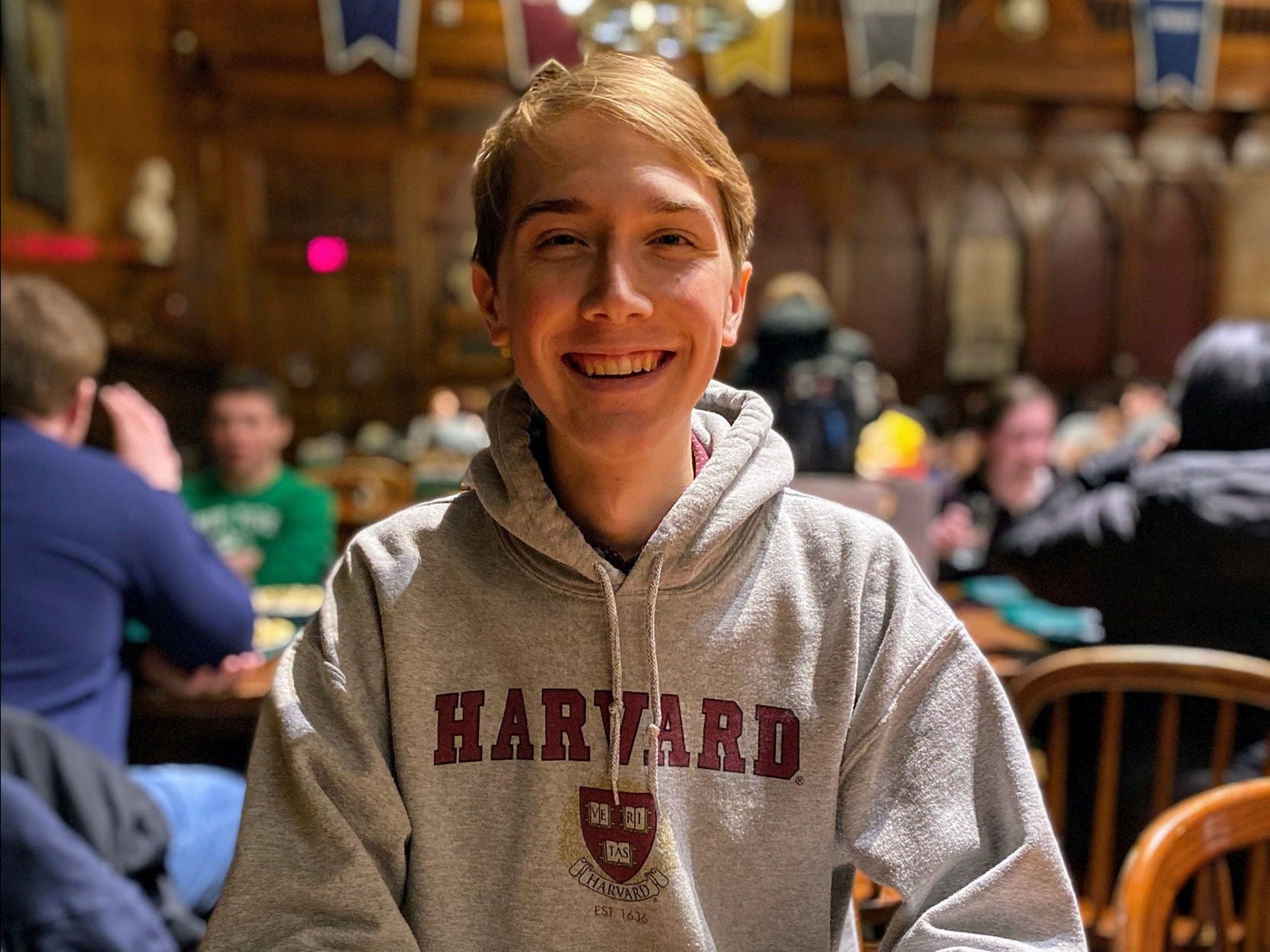 In fact, part of Bouchard’s motivation to apply to Harvard was the four years of guaranteed room and board that the university provides to all its undergraduates. Now it looks like that could be ripped away.

But Bouchard and Harvard’s other international students would be deported under an official new government policy.

Last week, ICE released “guidance” stipulating that international students who entered the country on F-1 or M-1 visas would not be allowed back into the country in the fall unless they were taking in-person classes at their university. F-1 visas allow people to enter the US as a student at a four-year college or graduate degree program and remain legally until they graduate; M-1s do the same, but for technical or vocational schools.

These students are now waiting to see what US courts decide, as Harvard is one of hundreds of schools – along with more than a dozen states – to sue ICE over this policy.

Just before this guidance was released, Harvard announced that it would be holding all of its classes online in the fall.

All of the Harvard students who spoke with Business Insider talked about how detrimental the sudden one-two punch has been of the new ICE ruling coupled with Harvard’s announcement on online-only classes. Despite their predicaments, they also spoke of friends in worse situations than they were in – who would have to live in abusive households, who came from dangerous or censorious countries, who are disabled, or who simply have to live with little-to-no internet connection.

Unstable internet and an uncertain future

Bouchard said that he’s now staying at a temporary apartment in Quebec City, but has no idea where he will go next. “I pray I will be somewhere in the United States,” he said. “Either on Harvard’s campus or away from campus with friends.” 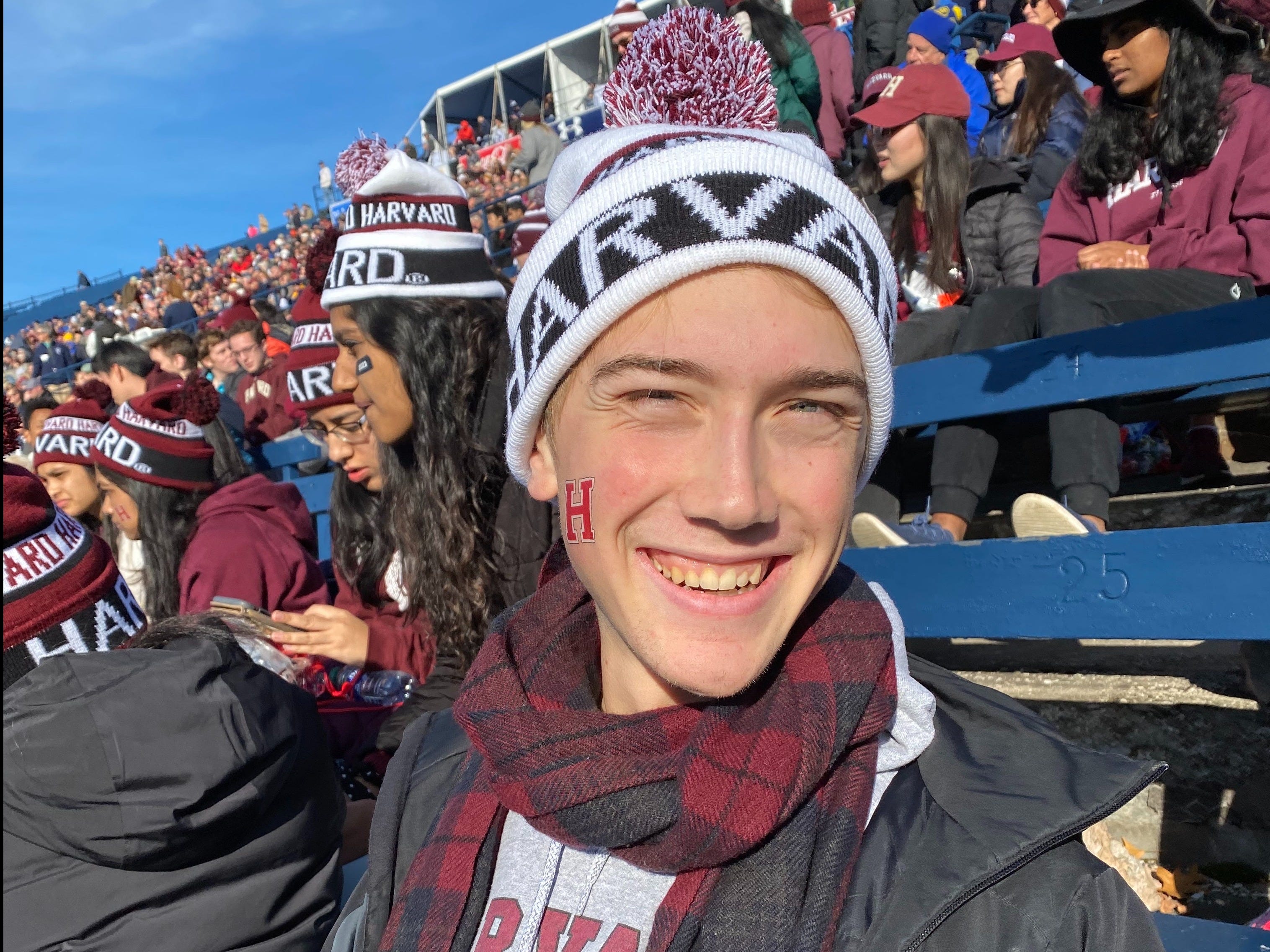 Another Canadian, Austin Siebold, who’s from Alberta, also just completed her freshman year. Over an unstable FaceTime connection, she talked with Business Insider about how taking many of her courses last spring had become difficult in many ways. “My internet speed is three mbps,” she said. “And I have among the best internet connectivity for a 100 km radius.”

Besides the internet, there’s the question of timing. Siebold’s daily Chinese language course moved from being at 9 a.m. to being at 7 a.m. because of the time difference between her home and Boston. She had to skip required classes just to eat lunch, she said, as the time changes in her schedule no longer made it possible to both attend class and stay fed. 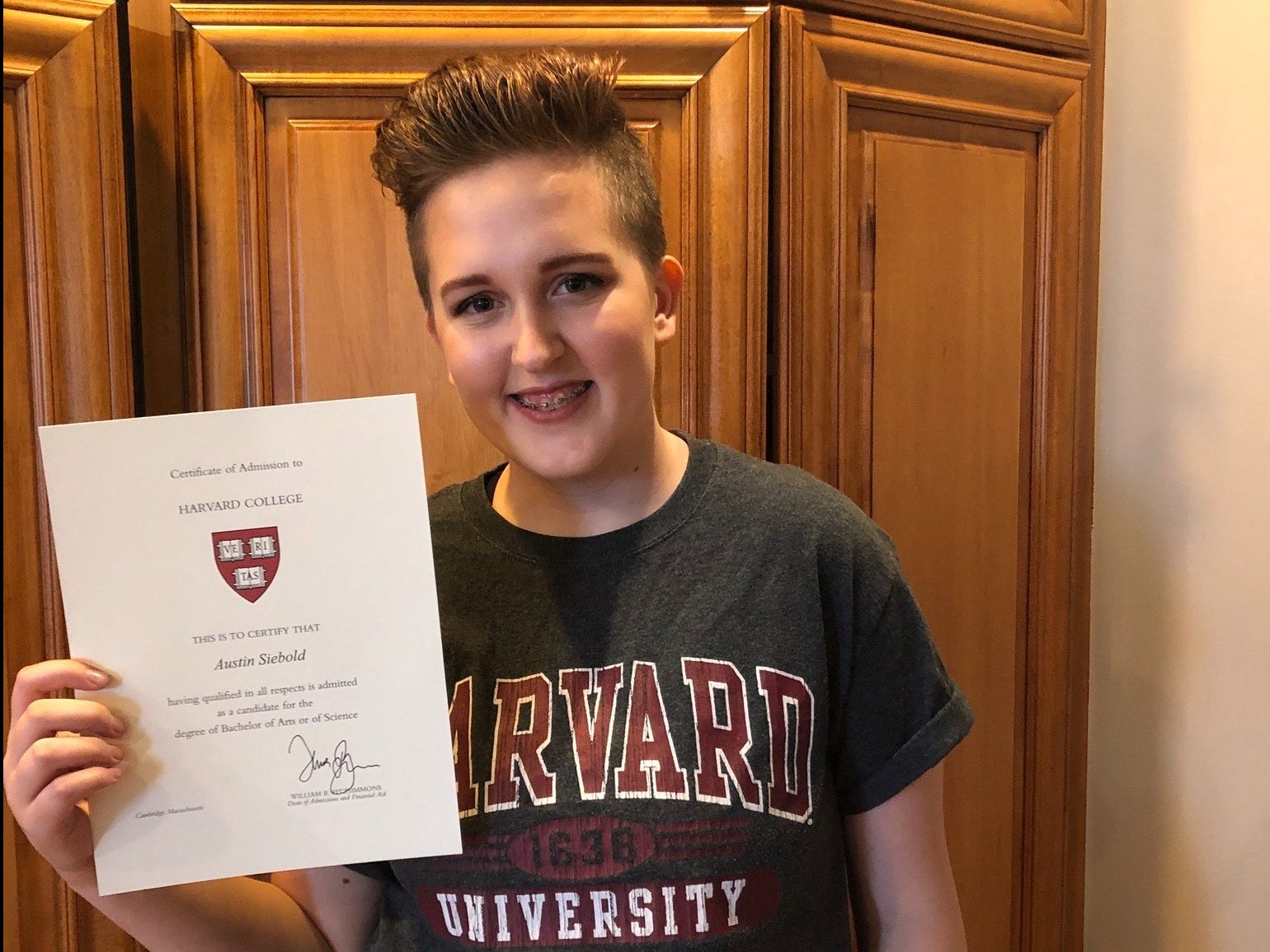 “I’m not sure how Harvard intends to make this work,” she said. “There’s a lot of fear and uncertainty.”

Siebold said that she’s relatively lucky, only having to deal with a two-hour time difference. Meanwhile, Shriank Kanaparti, a rising Harvard senior, would have to go home to Bangalore, India, which is 10 and a half hours ahead of the East Coast. Right now, Kanaparti said that he’s camped out at the home of a friend in Tennessee. 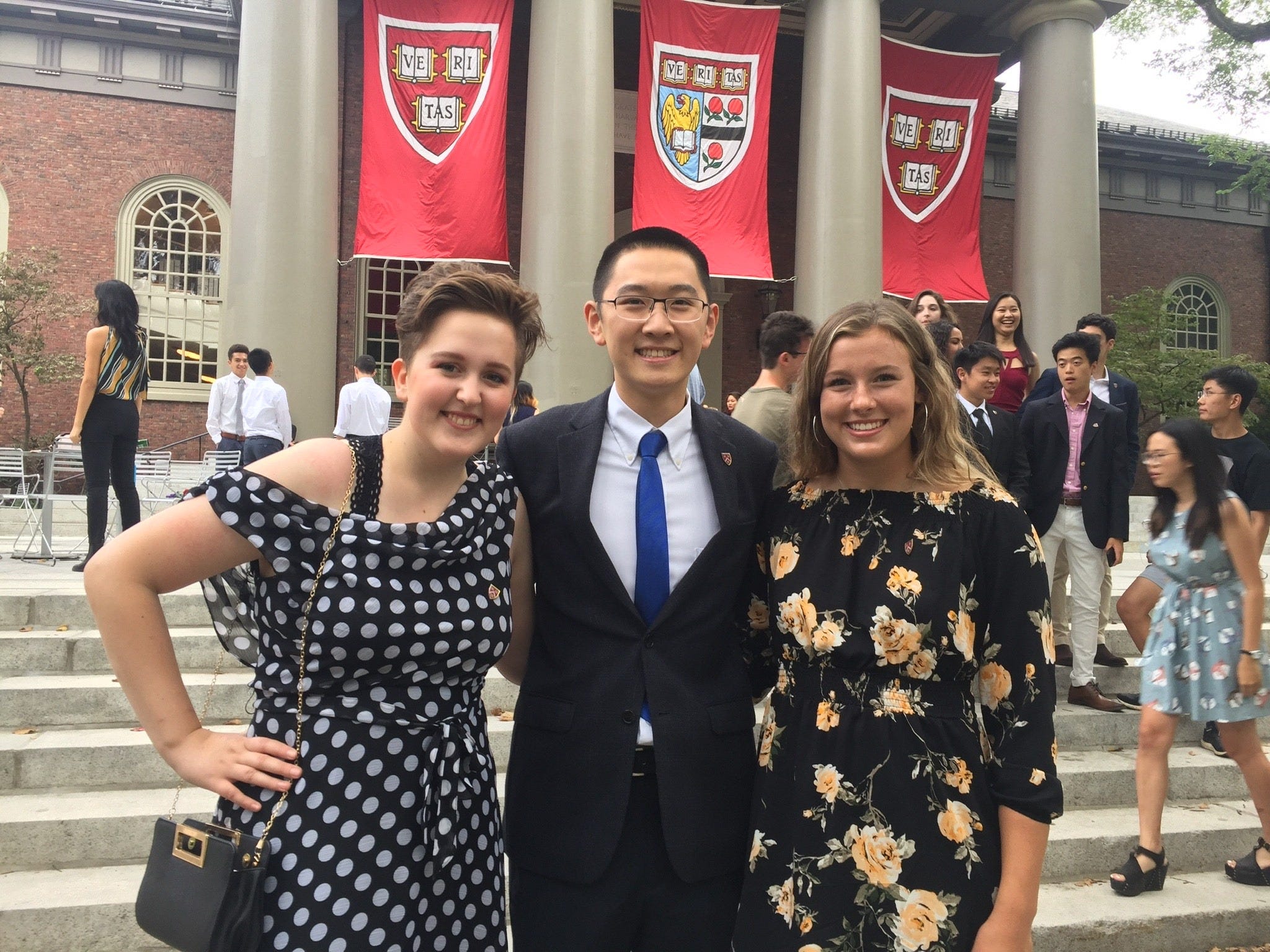 “This policy undermines a lot of the values that bring international students here,” Kanaparti said, referring to the new ICE guidance. “This is really disappointing for the larger international community.” Kanaparti said he tried to remain positive and hopeful, but was delaying making any decisions on where to go until there was more guidance from the university.

Facing down the military draft

Vlad Ivanchuk, another rising Harvard sophomore, is from a small town in the west of Ukraine. His F-1 visa expired in the spring. This means Ivanchuk can’t leave without potentially being barred from entering again. 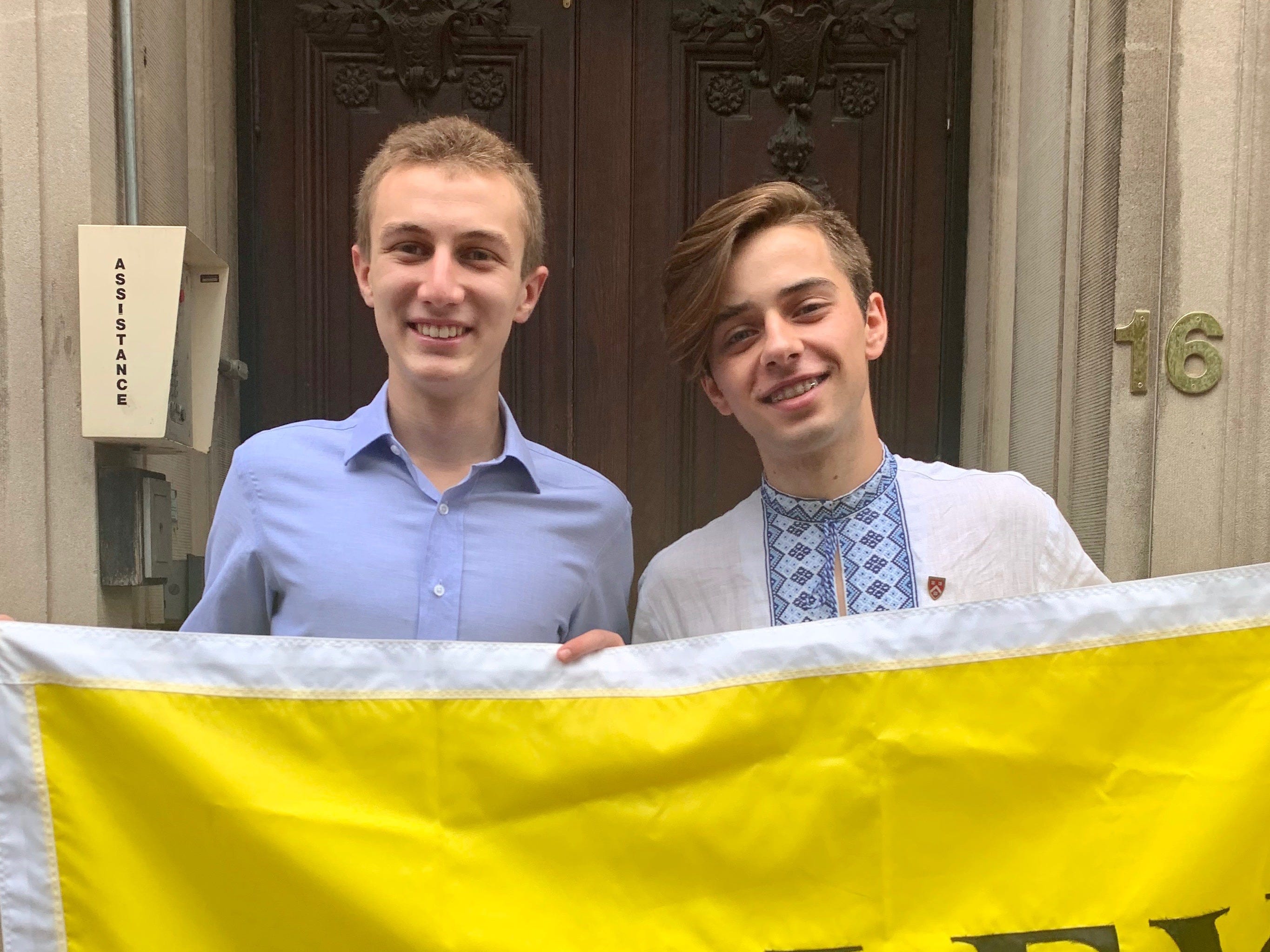 “I haven’t been home in a year,” he told Business Insider. “Now, if I went home, I wouldn’t be able to re-enter because all the embassies are closed.” Even if he were deported under the new ICE rule, Ivanchuk said, he’s not even sure how he would get back.

Ukraine isn’t exactly the most accessible place from Boston, he explained. “Tickets are easily $US1,000 one way,” he said, and flights might only go once or twice a month.

Plus, Ivanchuk added, things weren’t good back home and he didn’t feel comfortable moving back. “I’m in a difficult living situation,” he said. “If I’m forced to go back for an entire academic year, I would have to rely on myself to arrange rent and a safe place to study.” 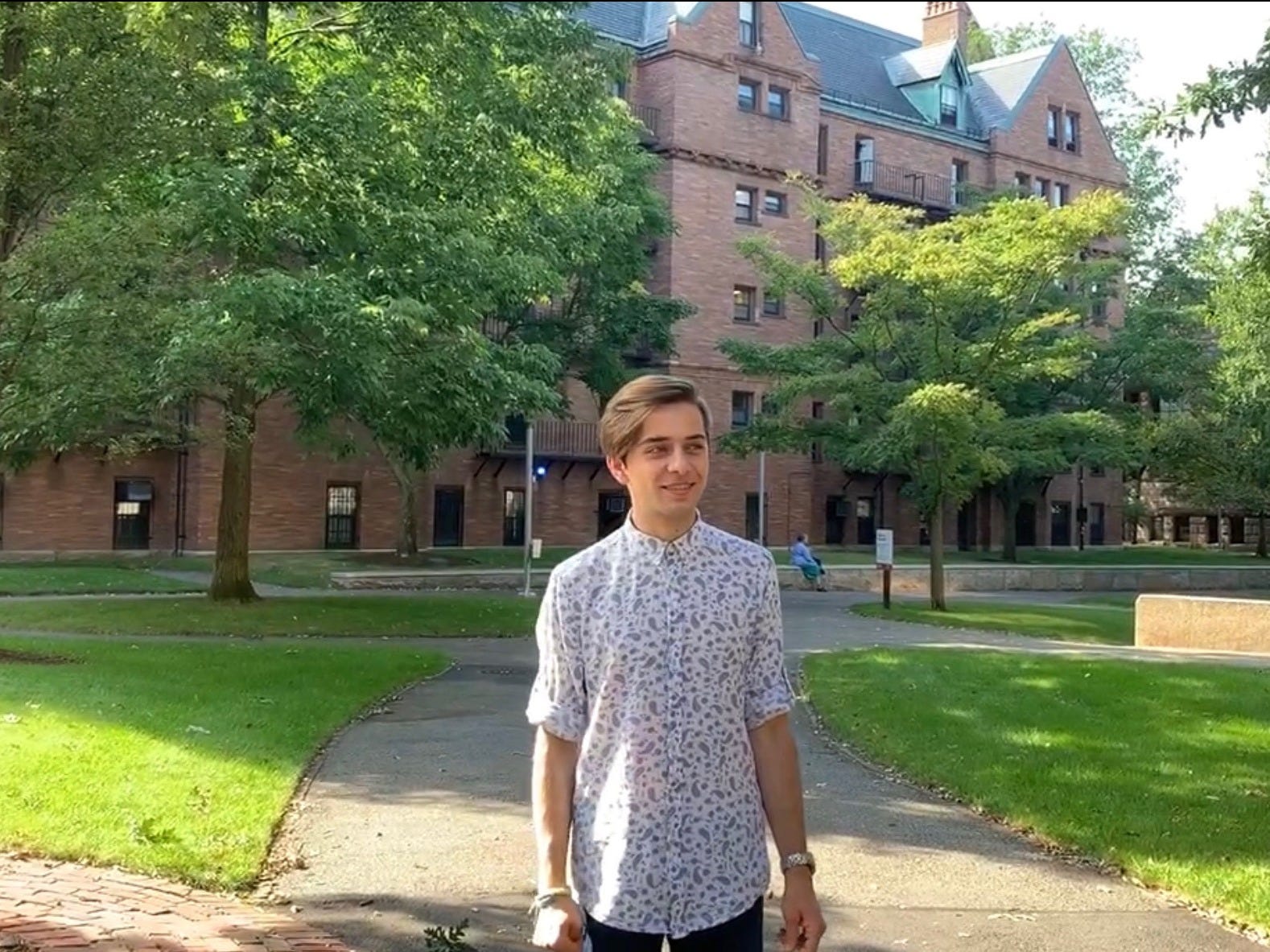 And then there’s the matter of Ukrainian military service. Ukraine is in a protracted conflict with Russia in the east of the country, and two years of military service is currently compulsory for all able-bodied people in the country over the age of 18. Service can be postponed for higher-level education, but Ivanchuk said he wasn’t extremely sure that would apply now.

“If I get sent back, I doubt the government would consider online education a valid reason for another extension,” he said. “I might be forced to enlist in military service.”

Ivanchuk, Bouchard, Siebold – all of whom fall in the “first generation, low income” (FGLI) college student bracket – said that they’re at a loss as to how to handle continuing their education.

Yale and MIT, Harvard’s neighbours and academic peers, have announced that they will be offering hybrid in-person/online classes in the fall. Elsewhere, students at the University of Michigan, UNC-Charlotte, UW-Madison, University of Washington, and the Georgia Institute of Technology, among others, have started petitions to create one-credit, in-person courses in which international students may enroll to keep them in the country.

Harvard has opted to take neither of these routes. Rachael Dane, a spokesperson for Harvard, told Business Insider that “the overwhelming reason to deliver all instruction remotely is Harvard’s commitment to protecting the academic enterprise and preserving academic continuity for all of our students.”

She added that it’s a way of making classes more fairly accessible for those who will inevitably, one way or another, be far away. Offering all courses online, rather than offering a hybrid model, will “ensure that academic continuity for all students is maintained,” Dane said, “even if travel restrictions, visa issues, or health considerations keep them away from campus.”

Harvard has said that this fall they will attempt to schedule all classes between 7:30 a.m. and 10:15 p.m. in the student’s local time, and that some may even be offered more than once a day. But, according to Siebold, schedules are still extremely unclear, making it difficult to do things like schedule a part-time job or take care of family members.

Harvard has also released an application to all students who wish to petition to stay on or come back to campus in the fall. The form asks them simple “yes-no” questions about how good their internet connection is, how recent their computer model is, whether they have a “safe, quiet” environment to work in, and whether they have any “shelter or food insecurities.” The deadline to turn in these appeals is Monday, July 13. In terms of how many students will be accepted, Dane told Business Insider that the university will have “a capacity of up to 40%” in the fall.

Bouchard said that the form did not at all capture the full range of challenges that would be facing FGLI students – especially international students. “This does not capture the experience of those who are homeless, or have disabilities, or will have to live in an abusive environment,” he said. “All these people will be put into a non-conducive learning environment. The language [of the survey] and the lack of recognition of those specifics is dehumanising.”

Bouchard is part of a group circulating a petition called “Hear Us Harvard,” alleging that Harvard “has failed to implement infrastructural support for working students, students experiencing domestic violence in their environment, students facing housing instability, and for international students.” The petition asks, among other concerns, that international students not “be left to fend for themselves” and that “low income and working students be given more support.”

“If you want us to achieve the ‘American Dream’ and become generous donors, you better support us now,” Bouchard said.

Disclosure: The author of this piece is a 2010-2011 graduate of Harvard College.