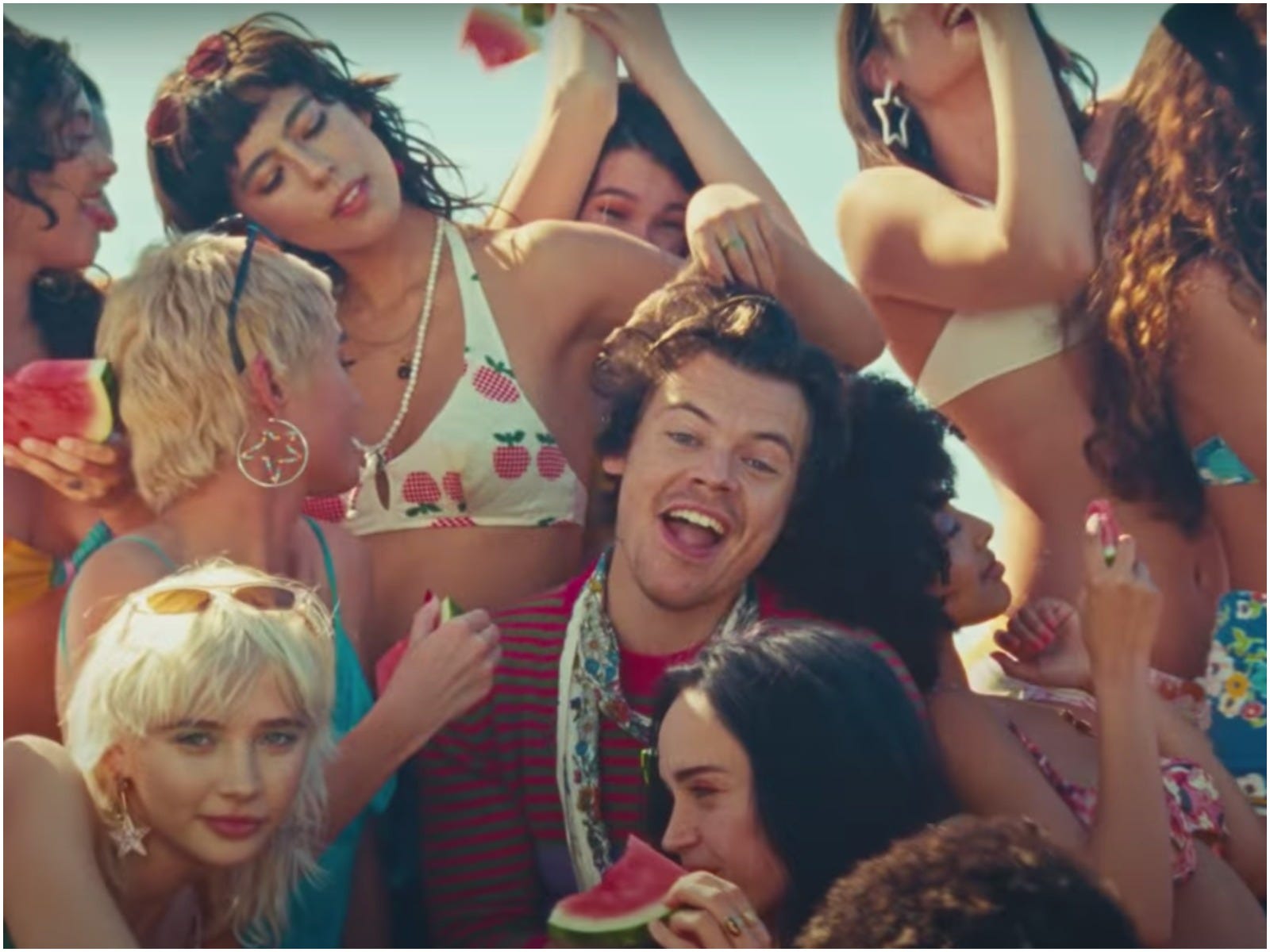 Harry Styles was a “consent king” on the set of the “Watermelon Sugar” music video, according to Ephrata, a model who appeared in it.

On Instagram Live, Ephrata spoke to fellow model Aalany McMahan, who also appeared in the video, about their positive experiences with Styles and “Watermelon Sugar,” which Styles said taps into our need to touch.

“The people were telling him to touch my hair and play with it and he was like, ‘Wait, wait, wait, pause – can I even touch your hair? Is that even ok?'” Ephrata said. “And I was like, ‘Yeah, that’s so nice. That was really sweet.'”

McMahan agreed: “He was very huge on the consent.”

Ephrata, a model from the #WatermelonSugar music video, talking about her experience with Harry on set on her Instagram Live. (via @tickIisharry) pic.twitter.com/AmsCBXQ9vx

The model returned the favour, too, as she was told to kiss Styles on the cheek, which can be seen in the music video, but thought she should ask for consent first, as well. “They told me to kiss him, and “I felt like I had to ask, too. I was like, ‘Are you sure?’ and he was like, ‘Yes, go ahead!'”

“That’s why it was so fun because everybody was so like comfortable,” Ephrata added.

“It was just natural,” McMahan said.

“Nothing felt like forced, people weren’t stuck up on set,” Ephrata said.

You can watch the full “Watermelon Sugar” music video below:

Harry Styles’ music video for ‘Watermelon Sugar’ is packed with hidden references. Here’s every detail you may have missed.