Candidates who've dropped out of the presidential race are endorsing either Biden or Sanders. Here's whose side they're on and why. 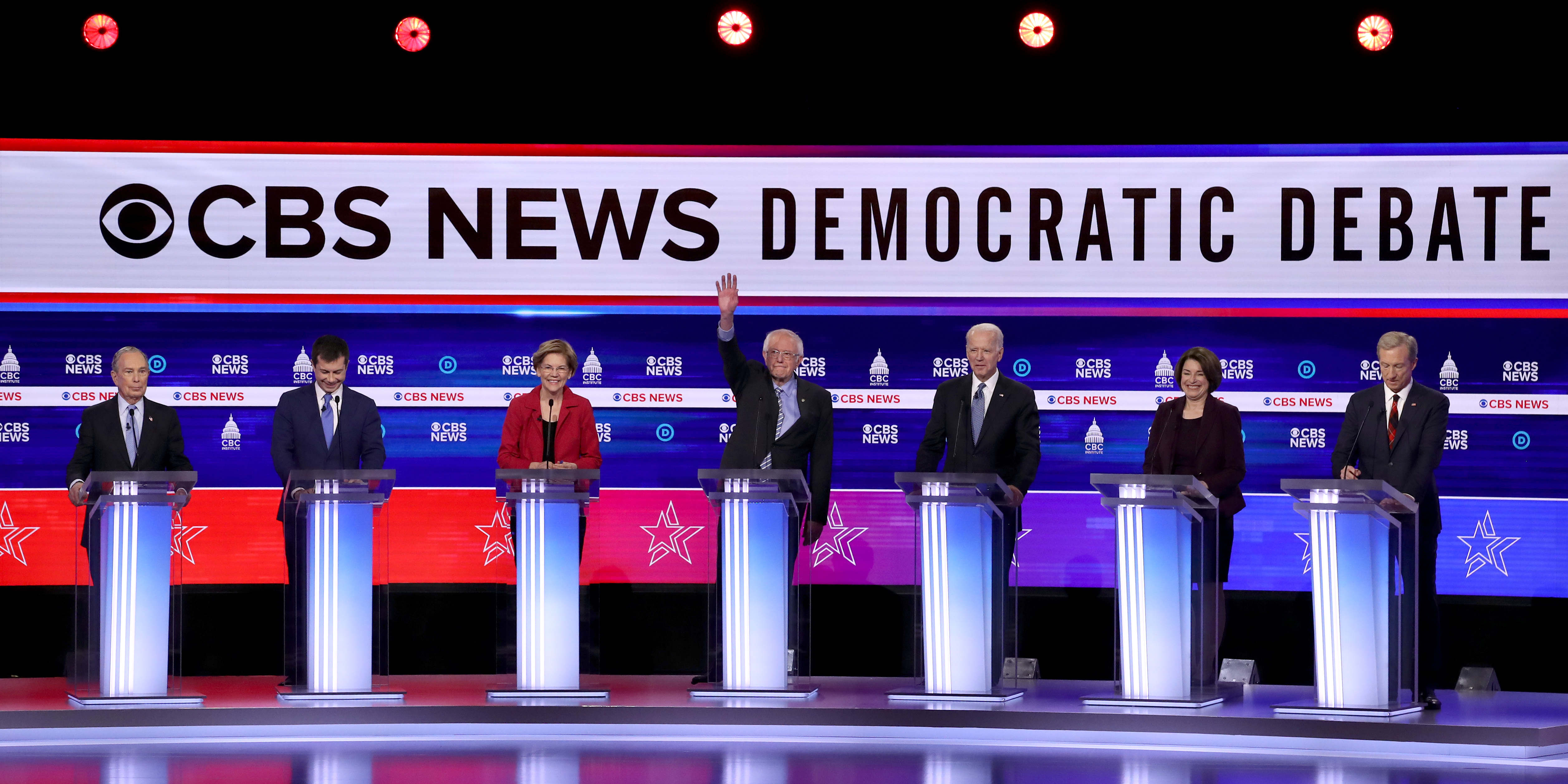 Tulsi Gabbard, one of the last remaining candidates, has not received any endorsements by candidates who have exited the race.

Warren is the only major candidate who has yet to announce her endorsement.

Endorsements of a candidate by the previous primary rivals are tricky and sometimes contentious. In the 2016 Democratic Primary, Sanders took four weeks to endorse his rival, former Secretary of State Hillary Clinton, after it became clear she would be the party’s nominee. The move was unusual, as The Washington Post noted. When Clinton lost the primary race to Obama in 2008, it took her just four days to endorse.

In the 2016 contentious Republican Party primary, then-candidate Trump backtracked on his pledge to support whoever was the party’s nominee. Former Ohio Republican Gov. John Kasich, who competed against Trump in 2016, refused to endorse him after Trump won the party’s nomination.

Here are the former candidates who have endorsed either Sanders or Biden and the reasons behind their choices. 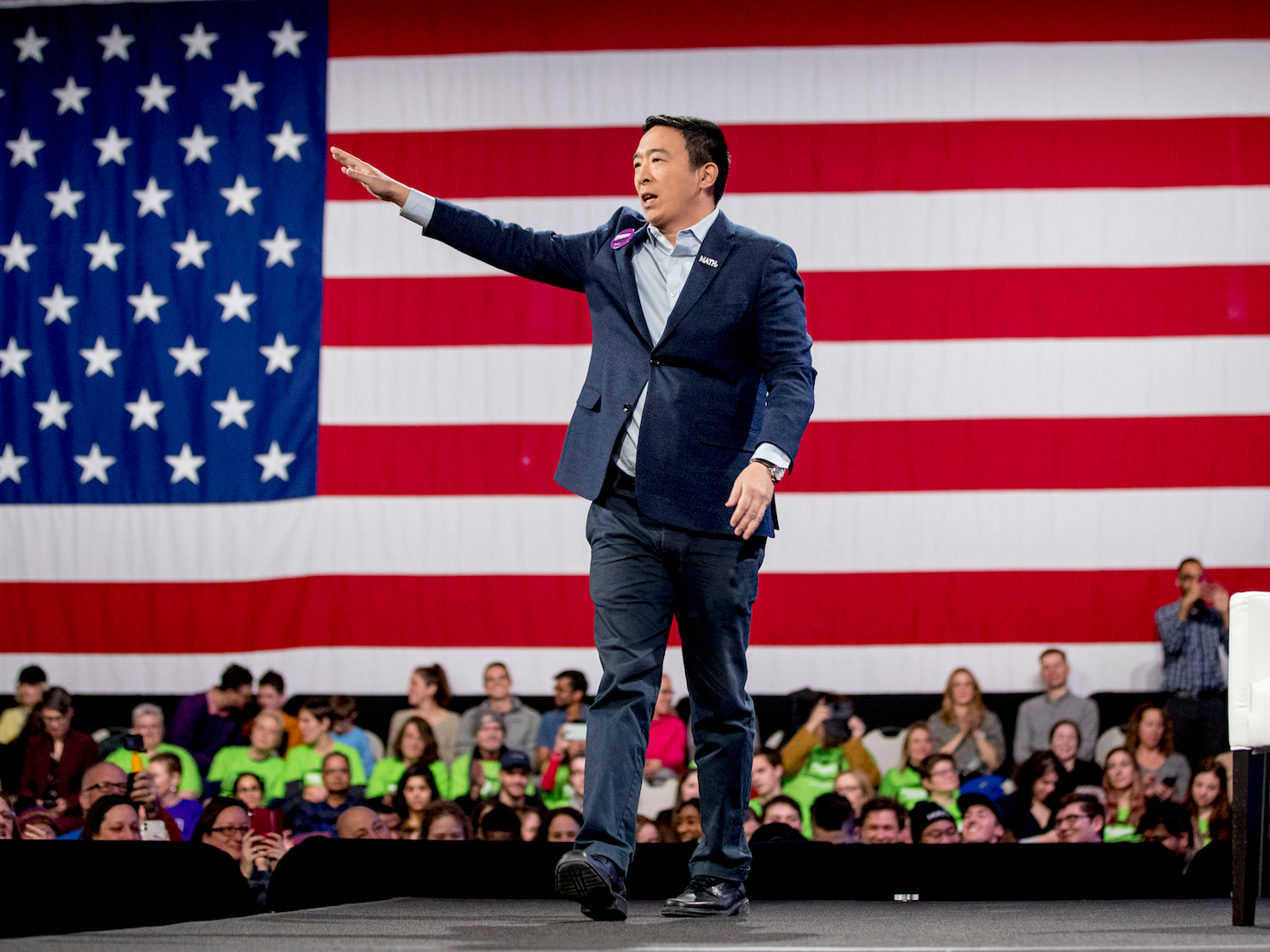 New York businessman Andrew Yang dropped out of the race for the Democratic Party nomination on February 11 after disappointing results in the nation’s first two contests in Iowa and New Hampshire. He’s since joined CNN as a commentator.

“I believe that Joe Biden will be the Democratic nominee and I’ve always said I’m going to support whoever the nominee is,” Yang said. “So I hereby am endorsing Joe Biden to be not just the nominee for the Democratic Party but the next president of the United States,” he said according to CNN.

The endorsement followed Biden’s winning of the Mississippi, Missouri and Michigan Democratic primaries on March 10. 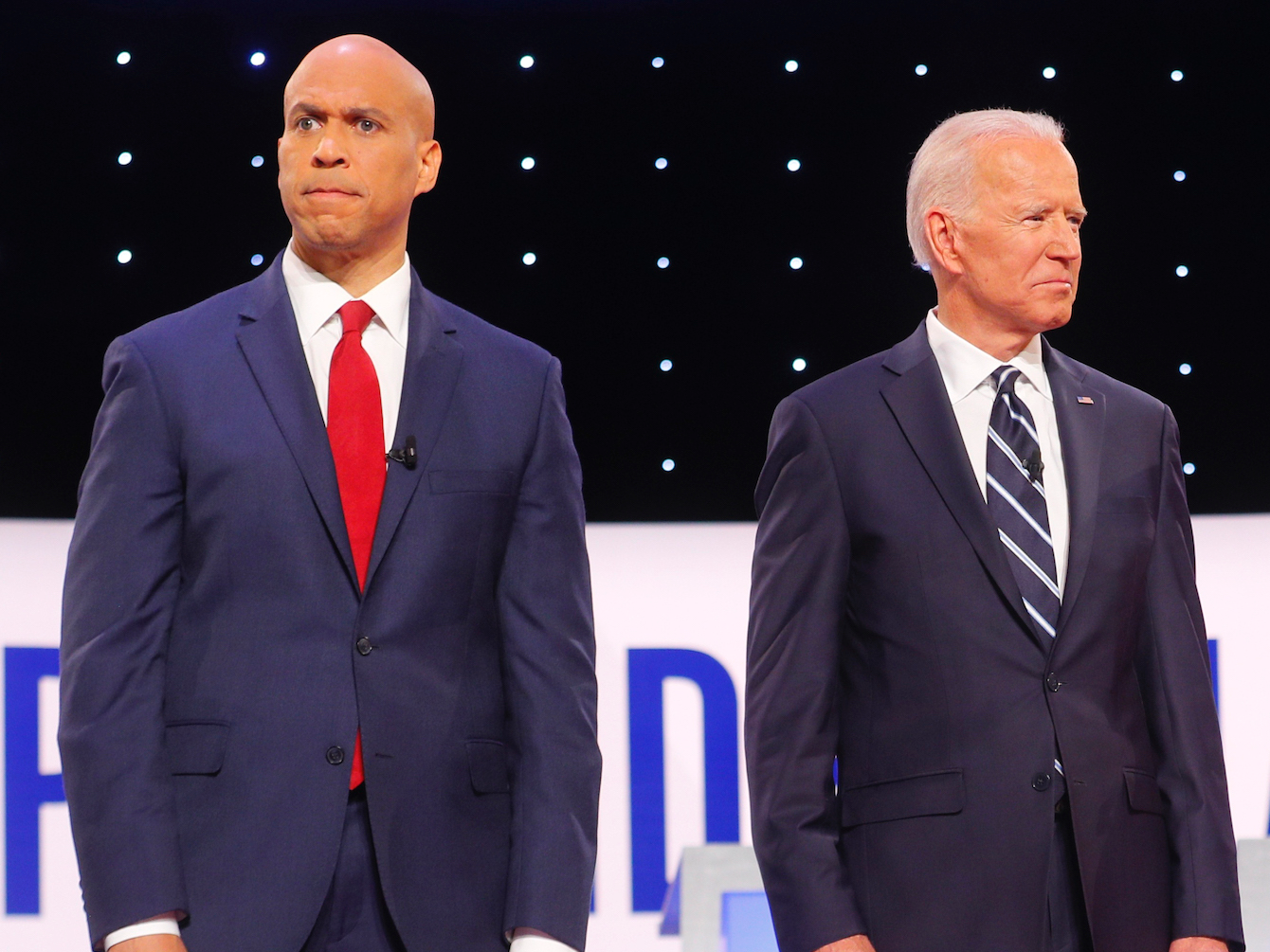 Nearly two months after he ended his own presidential bid in January, Sen. Cory Booker endorsed the former vice president.

Specifically, Booker said he chose to endorse Biden because of his support among members of the African American community.

“African American voters in the south, here in Detroit, they have played a pivotal role my entire lifetime in choosing the Democratic nominee,” Booker said. “And what I’m excited about is to hear Joe Biden – even growing in enthusiasm – because he’s always been talking about it, and understanding issues of race and racial reconciliation and racial justice.”

Specifically, Booker pointed to Biden’s past promise to put a Black woman on the Supreme Court.

“I’m happy about the diversity of our nation,” Booker said. 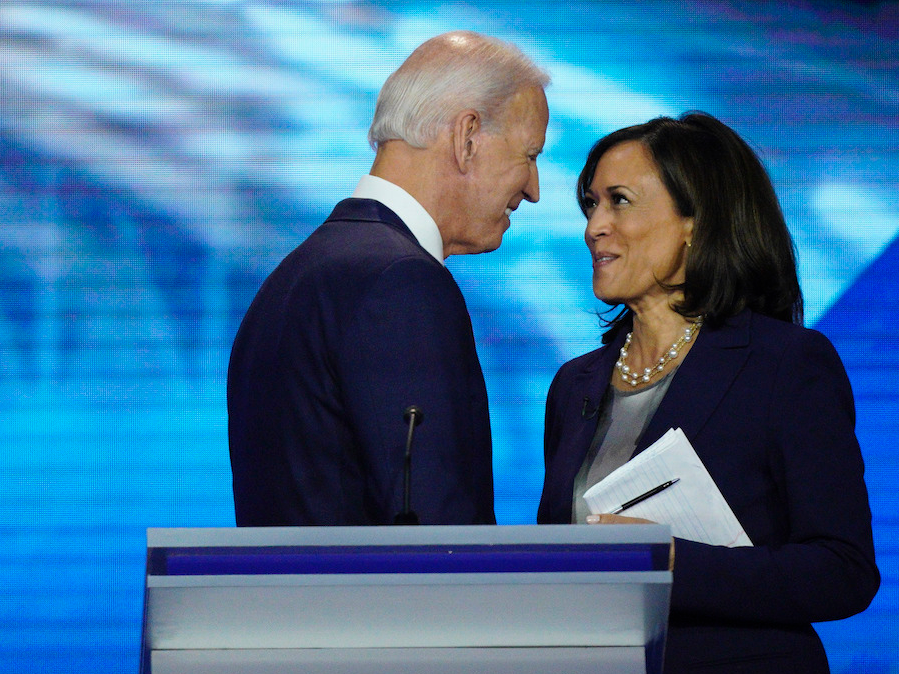 California Sen. Kamala Harris was once seen as a frontrunner in the 2020 Democratic primary. But she suspended her presidential bid early, on December 2, 2019.

“I’m not a billionaire. I can’t fund my own campaign. And as the campaign has gone on, it’s become harder and harder to raise the money we need to compete,” Harris said in December.

In the months that followed her dropout, Harris stayed relatively quiet on the 2020 election, occasionally speaking out against President Donald Trump on Twitter and returning to the Senate in time for his impeachment trial. On March 8, the silence ended, as Harris endorsed Biden in what has largely become a two-person race for the White House.

“I really believe in him and I have known him for a long time. One of the things that we need right now is we need a leader who really cares about the people and who can, therefore, unify the people. And I believe Joe can do that,” Harris said in a video clip shared to Twitter.

.@JoeBiden has served our country with dignity and we need him now more than ever. I will do everything in my power to help elect him the next President of the United States. pic.twitter.com/DbB2fGWpaa AP Photo/Steven SenneGov. Deval Patrick was the last Black candidate for president in the race.

“At a time when our democracy is at risk, our economy is not working for many Americans, and our role in the world is unsteady, America needs a unifying and experienced leader, who can and wants to make life better for everyone everywhere. Joe Biden is that leader,” Patrick said in a statement.

Patrick, the last Black candidate in the 2020 race, dropped out on February 12 after his campaign failed to make much noise among the crowded field of candidates. Patrick never met the funding or polling guidelines he needed to make it on the state at one of the Democratic Party primary debates. AP Photo/Jacquelyn MartinRep. John Delaney listens in during a congressional hearing in 2015.

Former Maryland Rep. John Delaney’s campaign also failed to garner support from voters, dropping out of the race on January 31.

“Joe is the right person to beat Donald Trump, because he is everything Trump is not–Joe is a good, decent person, who cares about others and understands the struggles that so many Americans face every day,” Delaney said in a statement. “He has spent years as a public servant gaining the expertise necessary to lead our nation and re-establish the United States as a global leader, reversing course on the isolationism, nationalism, and global retreat of the Trump Administration.” Former New York City Mayor Michael Bloomberg dropped some $US500 million on his short-lived campaign for president. He entered the race at the end of November – months after it began – and dropped out on March 4 after a disappointing performance in the Super Tuesday races.

“I’ve known Joe for a very long time,” Bloomberg, 78, said in his endorsement. “I know his decency, his honesty, and his commitment to the issues that are so important to our country – including gun safety, health care, climate change, and good jobs.”

Bloomberg has also reportedly re-hired hundreds of former staffers across the country to help the Democratic nominee win key states against Trump in November. 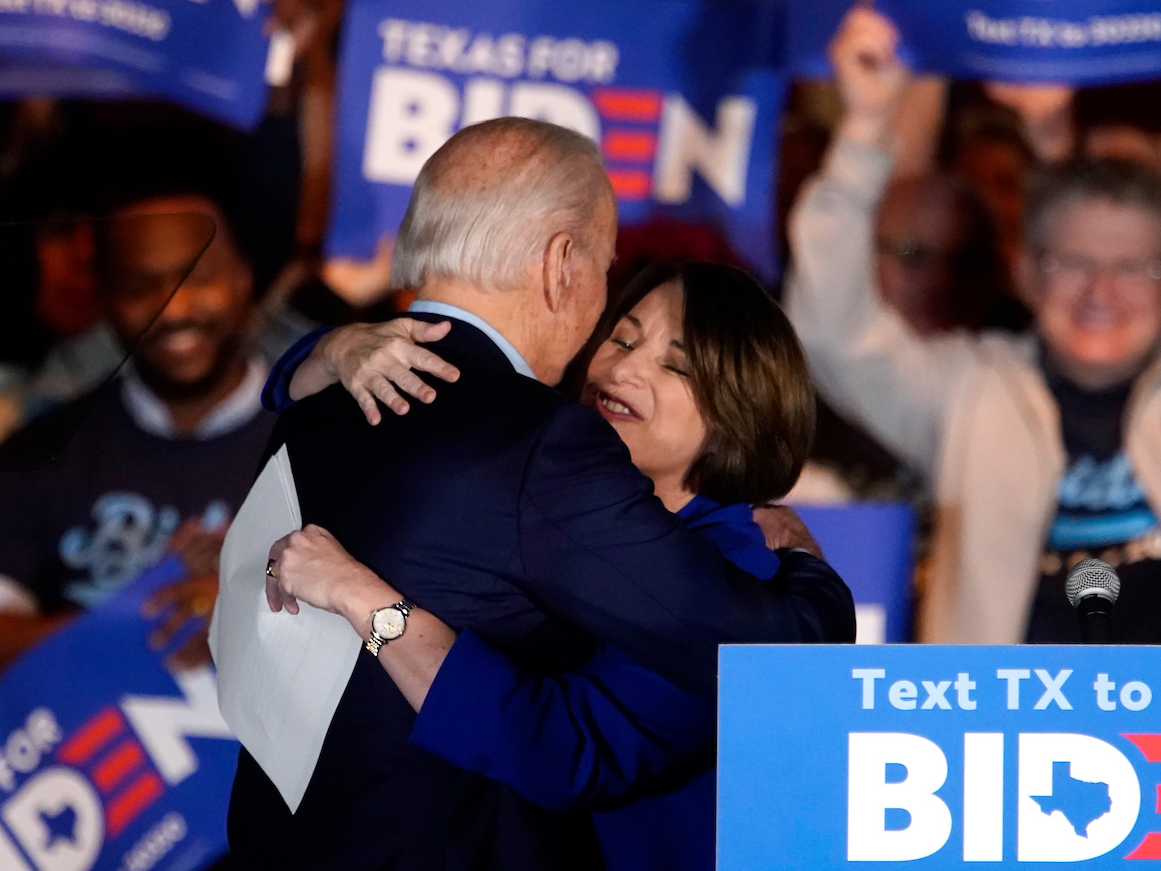 REUTERS/Eric ThayerJoe Biden hugs former rival Amy Klobuchar after she endorsed him during a campaign event in Dallas, Texas on March 2, 2020.

Although Minnesota Sen. Amy Klobuchar was never a front-runner in the Democratic race for president, her campaign left somewhat of a mark on the race for the White House. Along with Warren, Klobuchar was endorsed by The New York Times editorial board.

Klobuchar left the race after a poor showing in South Carolina and dropped out hours before the Super Tuesday races.

“Today I am ending my campaign and endorsing Joe Biden for president,” Klobuchar said at a rally for the former vice president in Dallas, Texas.”He can bring our country together and build that coalition of our fired-up Democratic base as well as independents and moderate Republicans. We do not in our party want to just eke by a victory. We want to win big.” 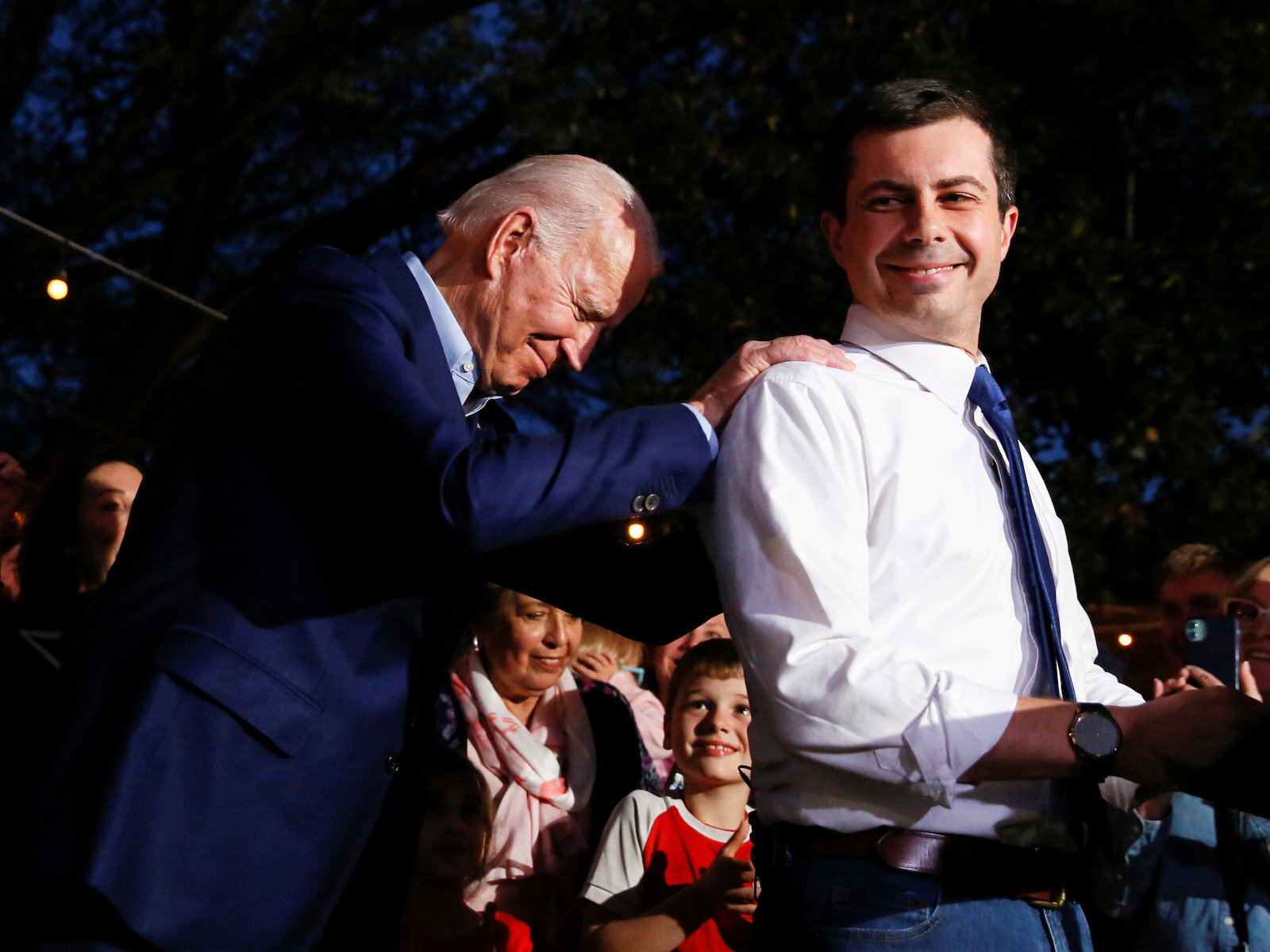 Former South Bend, Indiana, Mayor Pete Buttigieg’s decision to drop out of the 2020 race came somewhat as a shock after a win in the Iowa caucus and a second-place finish in the New Hampshire primary. Still, Buttigieg faced hard upcoming races and was running low on cash, Business Insider reported, so he ended his campaign before the Super Tuesday race.

In what came as a surprise to few, Buttigieg, who had called previously called Sanders “polarising” announced he would endorse the former vice president. Buttigieg said Biden would “restore the soul” of the US if elected. Despite early attention on his campaign, former Texas Rep. Beto O’Rourke dropped out of the race for the Democratic Party’s nomination at the beginning of November 2019.

“My service to the country will not be as a candidate or as the nominee,” he said.

Still, it took O’Rourke months to endorse a candidate in his absence in the race, though that changed on March 2.

“Ladies and gentlemen, tomorrow, March 3, 2020, I will be casting my ballot for Joe Biden,” O’Rourke said at a rally in Texas the night before the state voted on Super Tuesday. Biden responded by telling the audience it wouldn’t be the last time they saw O’Rourke, pledging to work with him on gun reform. 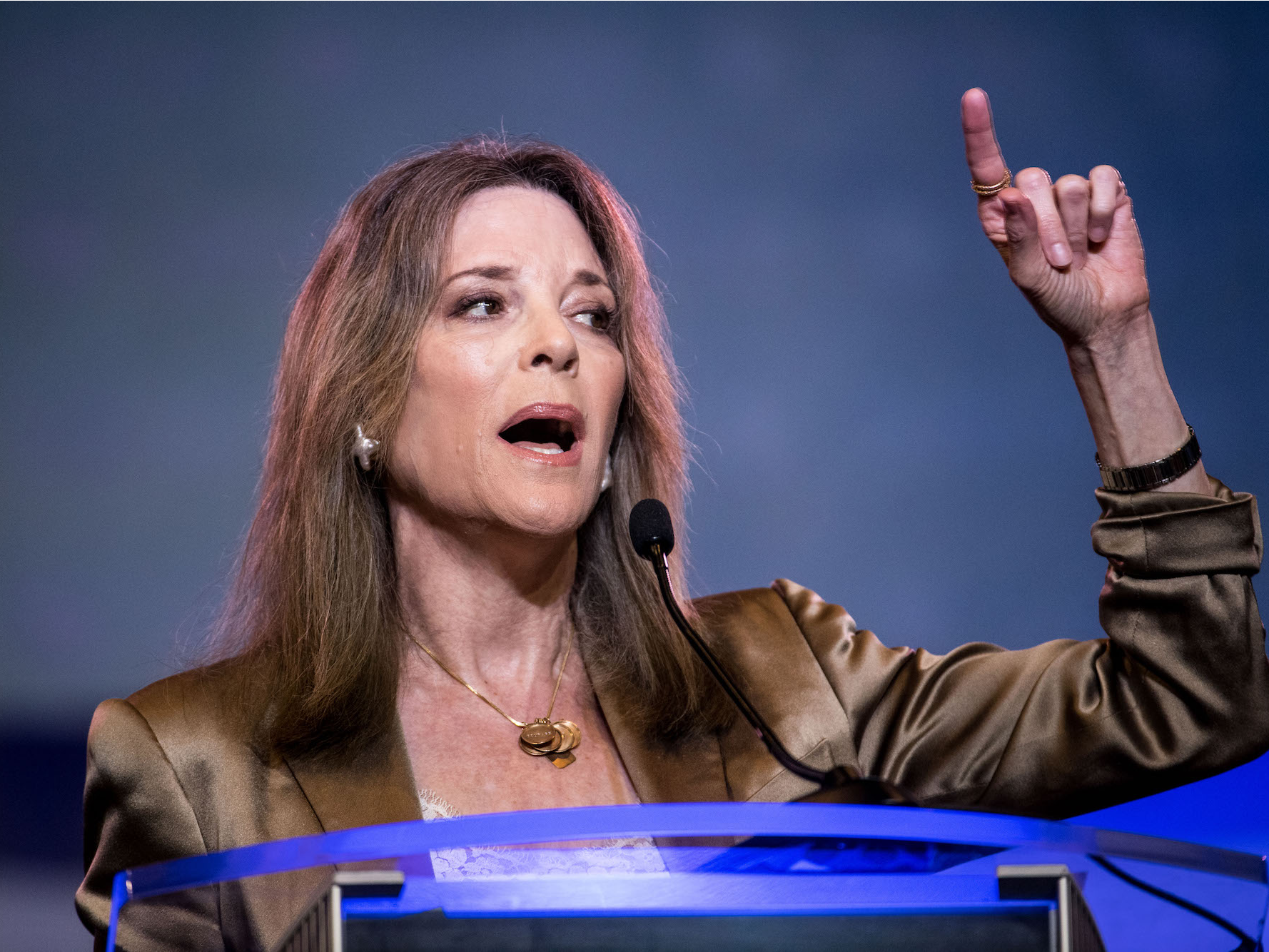 Sean Rayford/Getty ImagesMarianne Williamson is one of two endorsements for Bernie Sanders.

Self-help guru and author Marianne Williamson, known best probably for her tweets, announced February 23 that she supported Sanders’ candidacy after dropping out of the race herself just over a month prior.

“A 40-year-old trend of capitalism without conscience-corporate elites and their errand boys in government- have created the inevitable blowback in the form of a political revolution,” Williamson wrote in a statement shared on Twitter. “That revolution is one that Bernie Sanders now leads and I want to do everything I can to further its success.” 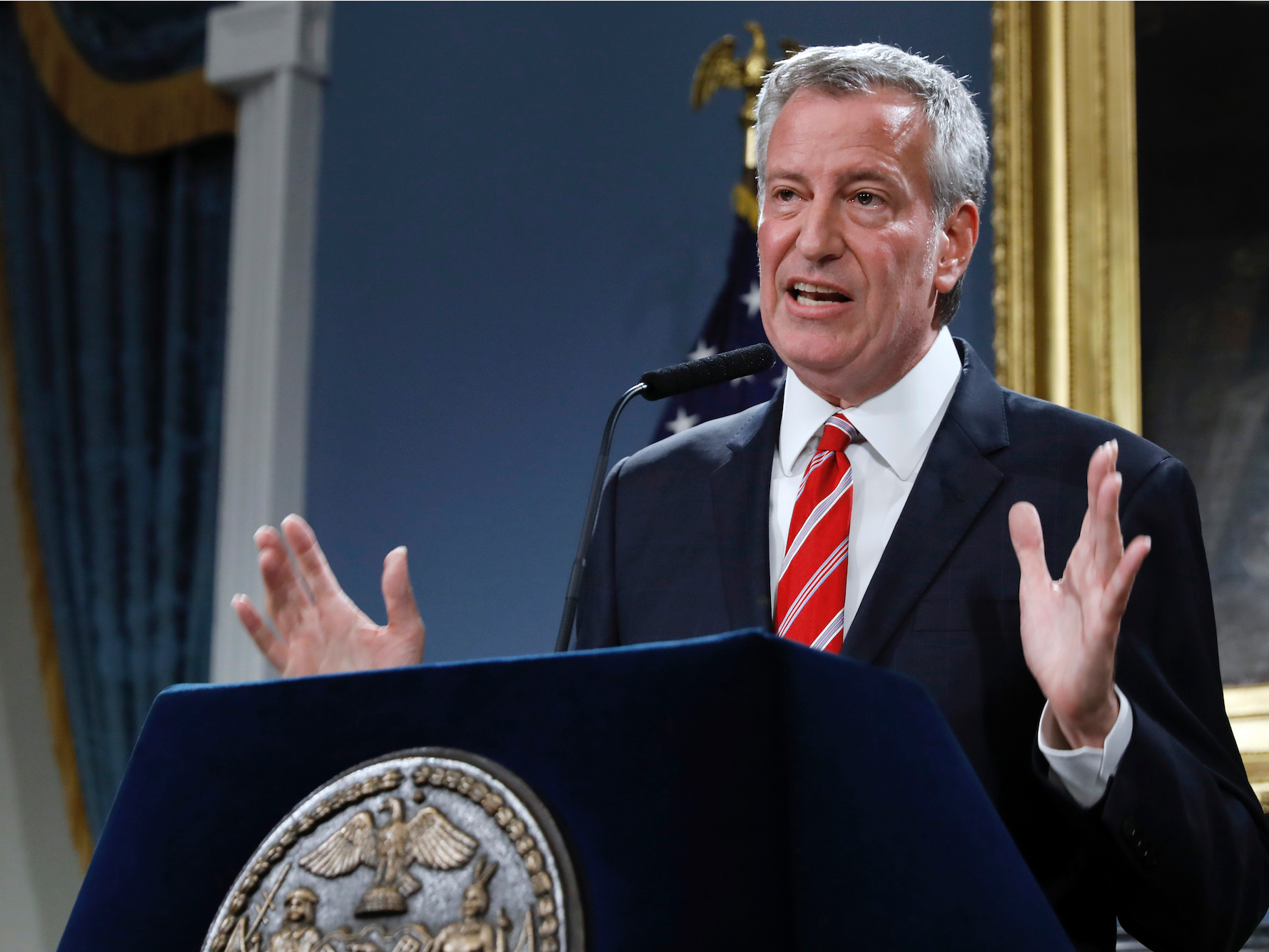 New York City Mayor Bill de Blasio has been an outspoken supporter of Sen. Bernie Sanders’ candidacy for the White House. De Blasio dropped out of the race early – in September – after months of lacklustre performance.

“I am standing with Bernie because he stands with working families, and always has,” the New York City mayor said in a press release. “New Yorkers know all too well the damage caused by Donald Trump’s xenophobia, bigotry, and recklessness, and Bernie is the candidate to take him on and take him down.” Massachusetts Rep. Seth Moulton ran his campaign for the Democratic nomination from April to August of 2019, dropping out after failing to develop a significant following.

A few months later, at the end of January, Moulton announced he supported Biden and said his time as the vice president made him the most qualified Democratic candidate to beat Trump in the general election.

“The most important task for Democrats in 2020 is to get Donald Trump out of the White House and Vice President Biden is the best candidate to do that,” Moulton said, according to The Wall Street Journal. “Biden has the most experience and the widest appeal to the broadest swath of voters in the places we need to win this November.” Ohio Rep. Tim Ryan, who ended his own campaign for president in October, announced in November that he was throwing his support behind the former vice president.

While Warren has faced pressure to endorse, several other 2020 dropouts have yet to pick a candidate. 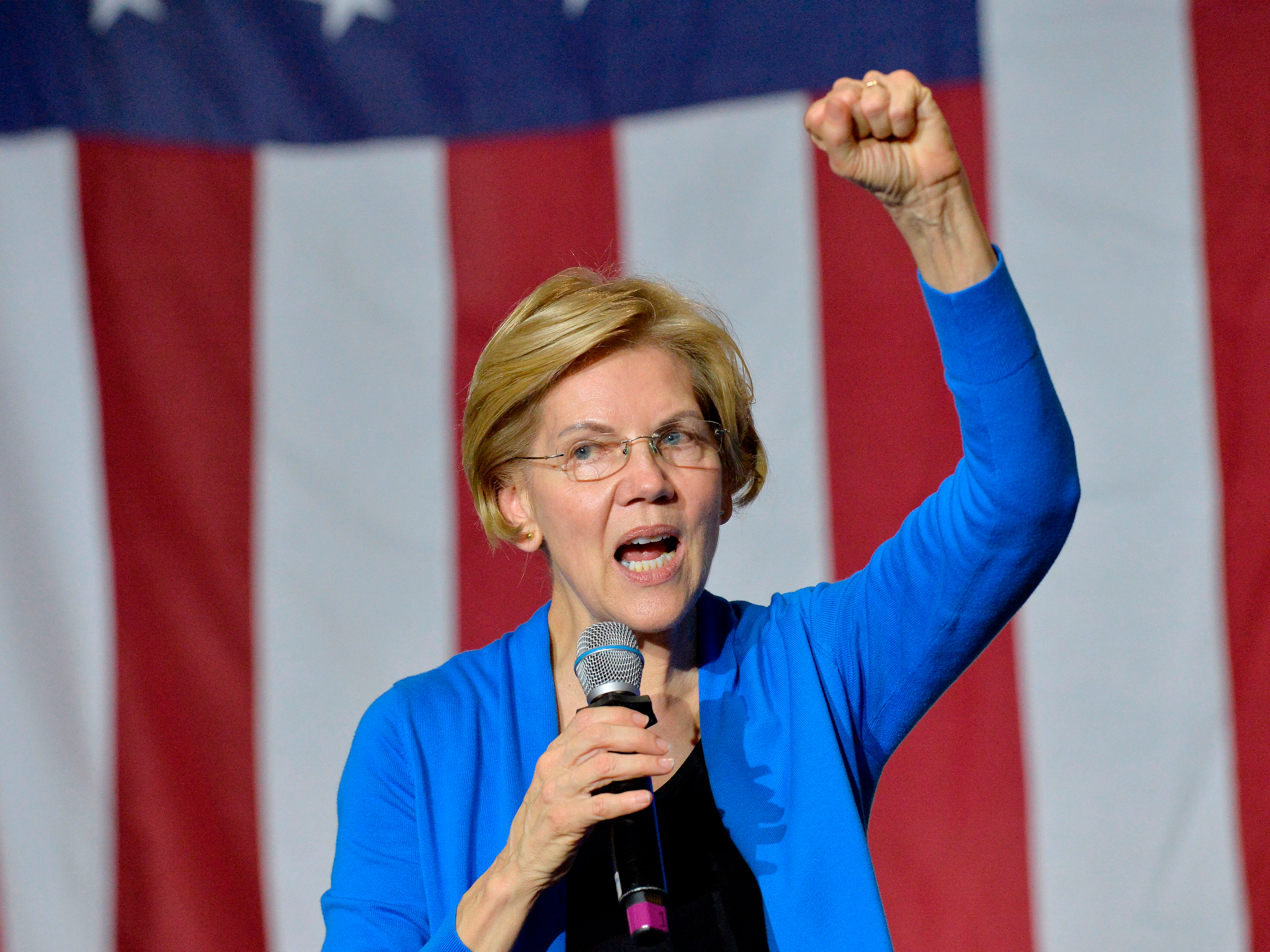 When Massachusetts Sen. Elizabeth Warren suspended her bid for the White House March 5, all eyes turned to her to see if she’d throw her support behind progressive Sen. Bernie Sanders, or moderate former Vice President Joe Biden.

Warren, so far, has declined to endorse anyone: a move that’s been called a “crushing blow to Sanders,” who as of Super Tuesday has earned 523 delegates to Biden’s 602. While Warren’s progressive stances link her closer ideologically with Vermont Sen. Bernie Sanders, Warren has criticised the tone of his campaign, calling out “organised nastiness” and “bullying.”

Many other candidates in the historical 2020 presidential field haven’t endorsed. 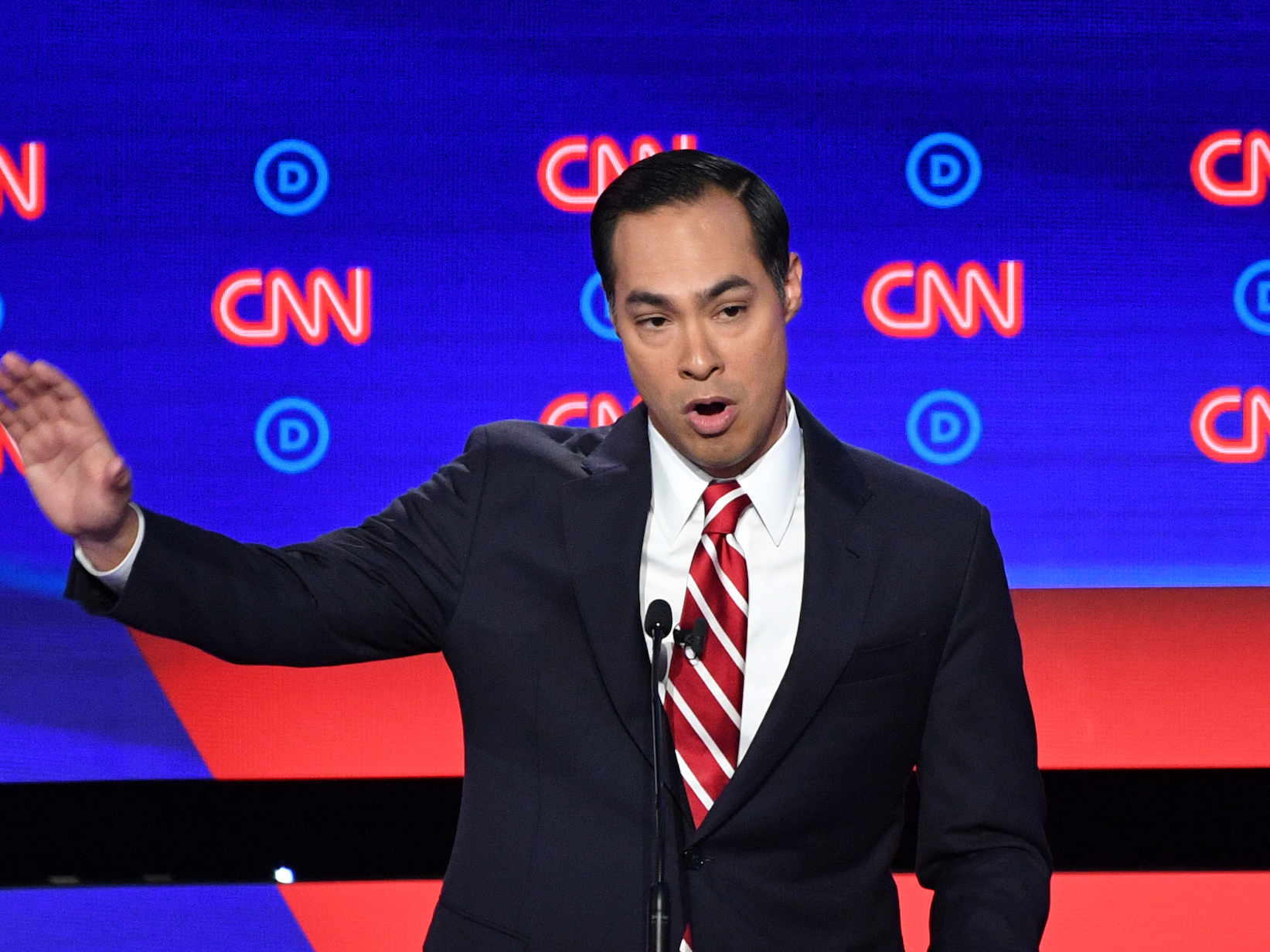 Although Warren is the only one-time top-tier candidate who isn’t still in the race or made an endorsement, many candidates have yet to throw their support behind either Sanders or Biden (or Gabbard).

Here’s the full list of candidates who haven’t endorsed either: