Now more than ever, a tale of 2 Hamptons 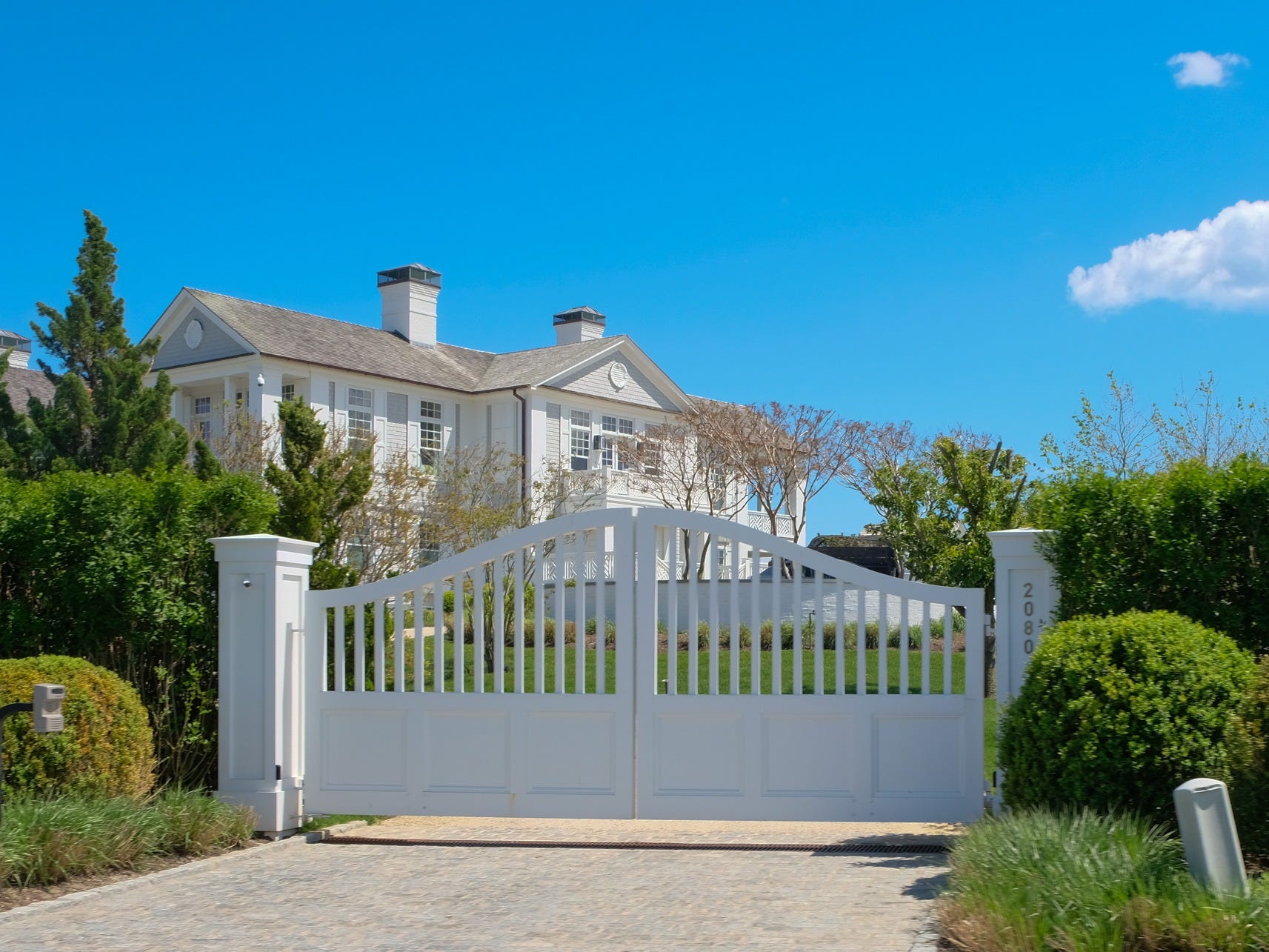 Former mayor Mike Bloomberg, Martha Stewart, “The Tonight Show’s” Jimmy Fallon – name a high-profile New Yorker with money, and chances are they have a vacation home in the Hamptons. A narrow beachfront street in the Long Island enclave has even been nicknamed “Billionaire Lane” for its bevy of ultra-wealthy residents, and one Hamptons ZIP code has been ranked the most expensive ZIP code on the East Coast for the last two years.

Every summer, the Hamptons are set abuzz as these city dwellers flock to their summer homes or vacation rentals. Parties at private estates and ritzy political fundraisers at billionaires’ homes are a staple of the social scene.

But this year, as the ultrawealthy came for the Hamptons, so did new levels of social backlash.

Nelson Schwartz, author of “The Velvet Rope Economy” and an economics reporter for The New York Times, said the pandemic has made the ever-expanding divide in the Hamptons even more apparent.

“The Hamptons, to me, are ground zero for class differences playing out in the pandemic,” Schwartz told Business Insider.

The Hamptons have been getting bougier in summer 2020

While the Hamptons have long been the preferred vacation spot for wealthy New Yorkers, summer of 2020 saw it become even bougier, as Business Insider’s Dominic Madori-Davis first reported.

The moneyed scene typically arrives over Memorial Day weekend in May, but this year it showed up in March as affluent New Yorkers fled the city because of the coronavirus. At least 420,000New Yorkers left the city between March 1 and May 1, primarily from wealthy Manhattan neighbourhoods. Many of them went to the Hamptons, paying limo drivers to deliver mail to their second homes.

It didn’t take long for the businesses that serve this wealthy clientele to follow them out to the East End, Madori-Davis wrote. 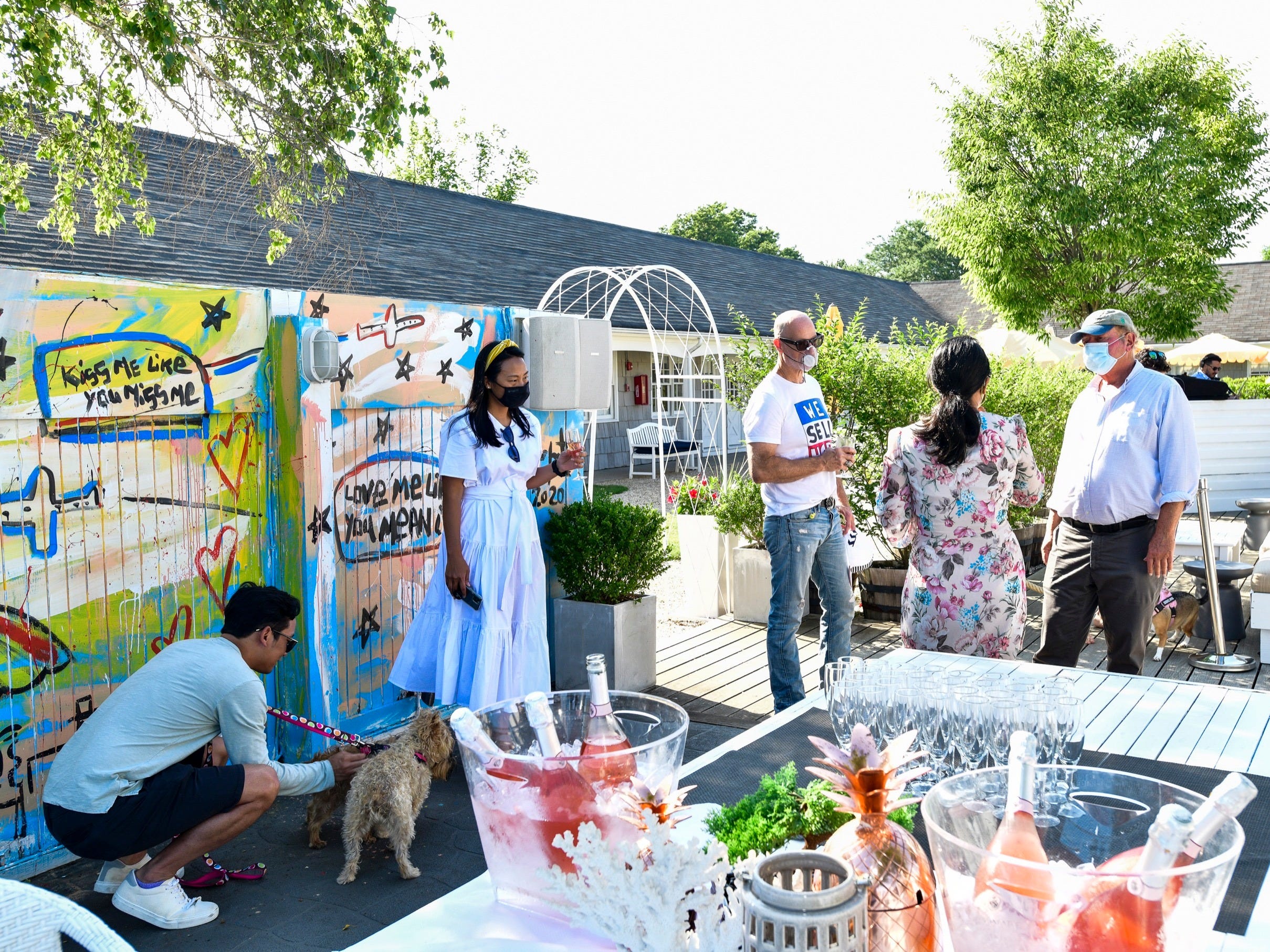 To cater to the affluent families who were considering staying in the Hamptons past the summer season, Avenues, an ultra-exclusive Manhattan private school, opened a location in East Hampton – with $US48,000 a year tuition.

As the Hamptons’ exclusivity factor surged, so did the backlash

While the wealthy may have fled to the Hamptons to escape a virus, they found an unexpected obstacle to their quiet isolation: social revolt.

It didn’t happen right away. In April and May, as the coronavirus ravaged New York City, wealthy Hamptonites stayed sequestered in their mansions, ordering takeout from Nick & Toni’s and picking up seafood at Citarella’s.

But a wave of social backlash eventually made its way to the Hamptons. Black Lives Matter protests in June were followed by anti-billionaire protests in July. On July 1, more than 300 people showed up outside Mike Bloomberg’s $US20 million Southampton mansion to demand a wealth tax for New York’s richest residents. They carried plastic pitchforks and chanted “tax the rich, not the poor.”

The protesters also stopped by the homes of real-estate developer Stephen Ross and Steven Schwarzman, CEO of private equity firm Blackstone. Some Hamptons homeowners hired armed guards in fear of the protesters. 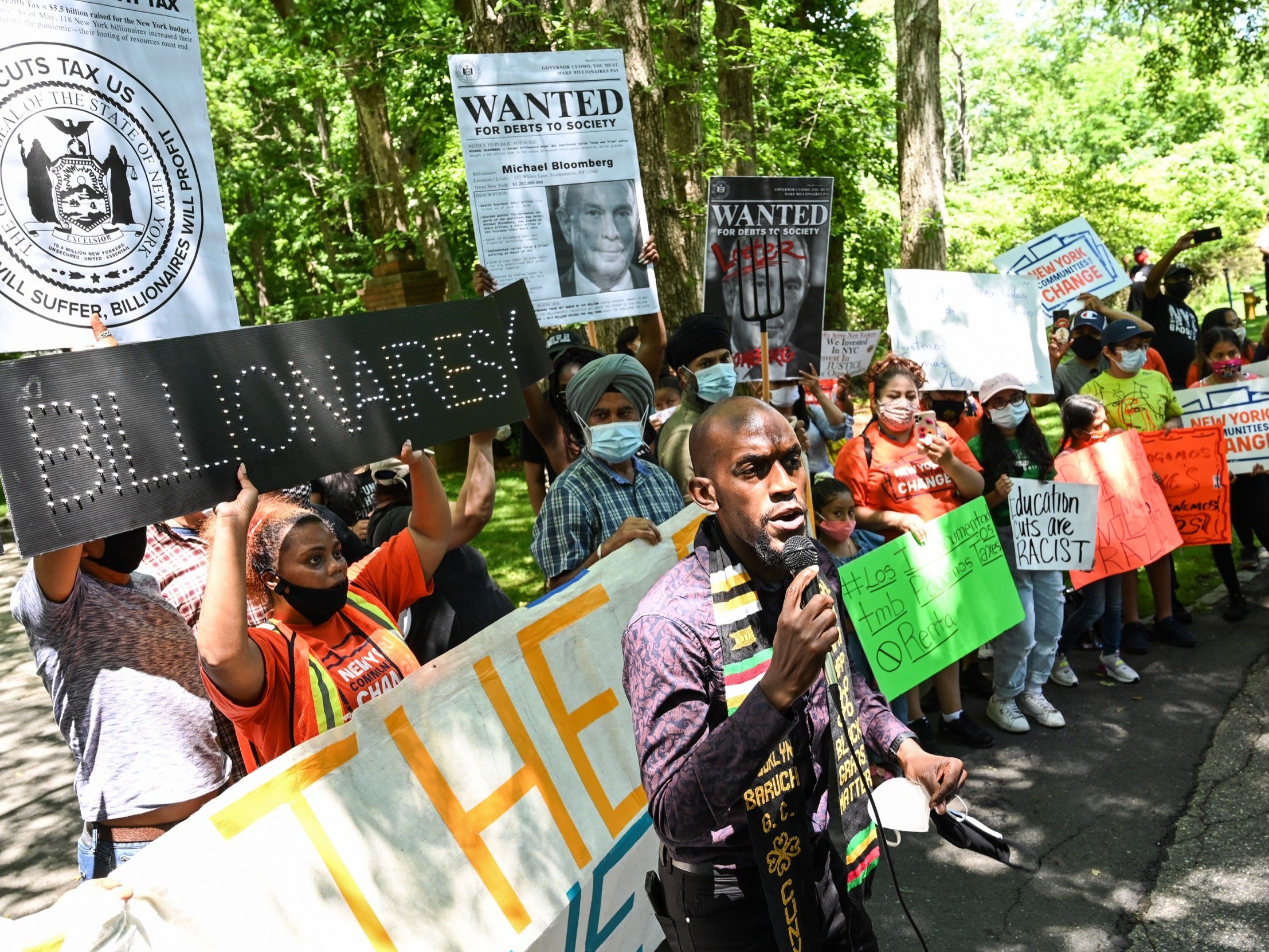 Steve Pfost/Newsday via Getty ImagesProtesters outside Mike Bloomberg’s house in Southampton on July 1, 2020.

Alicé Nascimento is the director of policy and research for New York Communities for Change (NYCC), one of the non-profits involved in organising the protests. She told Business Insider that activists want to pressure New York Governor Andrew Cuomo to raise taxes on New York’s richest residents, many of whom – including Ross – have donated to his campaign. Cuomo recently shot down the idea and has been warning of transit fare hikes and cutting funding to public schools and hospitals.

Nascimento says the first protest in July was mainly people coming from New York City, but then local Hamptons community groups and residents started showing up.

“It’s really local folks who aren’t what we traditionally think of [as] people who live in the Hamptons, Nascimento said. “The Hamptons has this stratosphere of extremely wealthy people – like the richest people in the world – and also the ones that are middle class that serve them.

At one of the recent protests, Nascimento said, demonstrators had trouble finding the home of billionaire investor and Cuomo donor Daniel Loeb because Hamptons estates are so secluded.

“Billionaires are experts in social distancing,” Nascimento told The New York Post last month. She told Business Insider: “There’s a reason why they choose to live out there … It’s hard to find, but that’s intentional. It’s not an accident.”

The Hamptons have long been a tale of economic disparity

While a pandemic and recession may have brought it to the forefront, economic disparity in the Hamptons is nothing new.

“There’s long been a divide between the people who come out to the Hamptons for the summer and those who are out there year round, who live there and work there as teachers, as cops, and work in the restaurants,” Schwartz said.

This divide traces back to the early days of British colonisation of the Hamptons. The early settlers in East Hampton, one of the two main townships on the East End, divided up the land and allotted themselves each large parcels, East Hampton’s historic services director, Bob Hefner, wrote on the town’s official website. They shared the resources of the undivided land and created the laws that governed the village.

New residents of the town were given small plots of land and couldn’t share the resources of the undivided land, according to Hefner.

That left, as Hefner wrote, a small group of owners with the prime land within East Hampton, while “the tradesmen, laborers, subsistence farmers, fishermen, and at a later date freed slaves and Montauk Indians, lived on small lots on less desirable land outside the [village].”

In more recent years, similar patterns have played out. The lifestyles of Hamptons billionaires are supported by an “army of local people and recent immigrants” who can’t afford to live “south of the highway” like their ultra-wealthy clientele, as Rupert Neate reported for the Guardian in 2015.

“South of the highway” refers to an area south of the Montauk Highway – which runs from Queens through the Hamptons all the way out to Montauk – where you’ll find the most prestigious villages and multimillion-dollar beachfront homes.

Inequality has always existed in the Hamptons, but it’s never been more plainly evident than during the pandemic.

“I think it kind of lays bare the class divisions in our society,” Schwartz told Business Insider. “A lot of people have withdrawn from the city and from society and gone to their house and pulled up the drawbridge and are kind of isolated in their house. They’re going to wait this thing out, which is a privilege the rest of us don’t have.”

To be sure, the Hamptons are not the only wealthy enclave across the US seeing wealth disparities playing out. A similar story is unfolding in areas like Teton County, the scene of the greatest wealth disparity in the US, and San Francisco, where service-industry workers are losing their jobs while Silicon Valley tech workers get cash bonuses to upgrade their home offices. The pandemic led to a burgeoning backlash against the wealthy all over the world as people stuck at home during lockdown got sick of seeing billionaires self-isolating on their superyachts and singing “Imagine” instead of donating to coronavirus relief.

In fact, in many ways, the conflict playing out in the Hamptons mirrors what’s happening on a national scale.

“I think it’s a microcosm with what happens in our societies where people take private planes, they go to private schools, they have food delivered to their house instead of going to the supermarket – if you can afford to do those things,” Schwartz said.

Between the start of the pandemic and early June, more than 42 million people lost their jobs, yet America’s billionaires got 20% richer, growing their cumulative wealth by $US565 billion, according to a recent report from the Institute for Policy Studies.

Nascimento said the campaign to raise taxes on the ultra-wealthy will continue “as long as billionaires are gouging public resources and subsidies without paying what they owe to the people.”

Next week, activists are heading to Albany to protest outside Gov. Cuomo’s mansion. And while a date isn’t yet set for the next protest in the Hamptons, the billionaire playground likely hasn’t seen the last of the protesters.

“They should be expecting to see more of us,” Nascimento said.