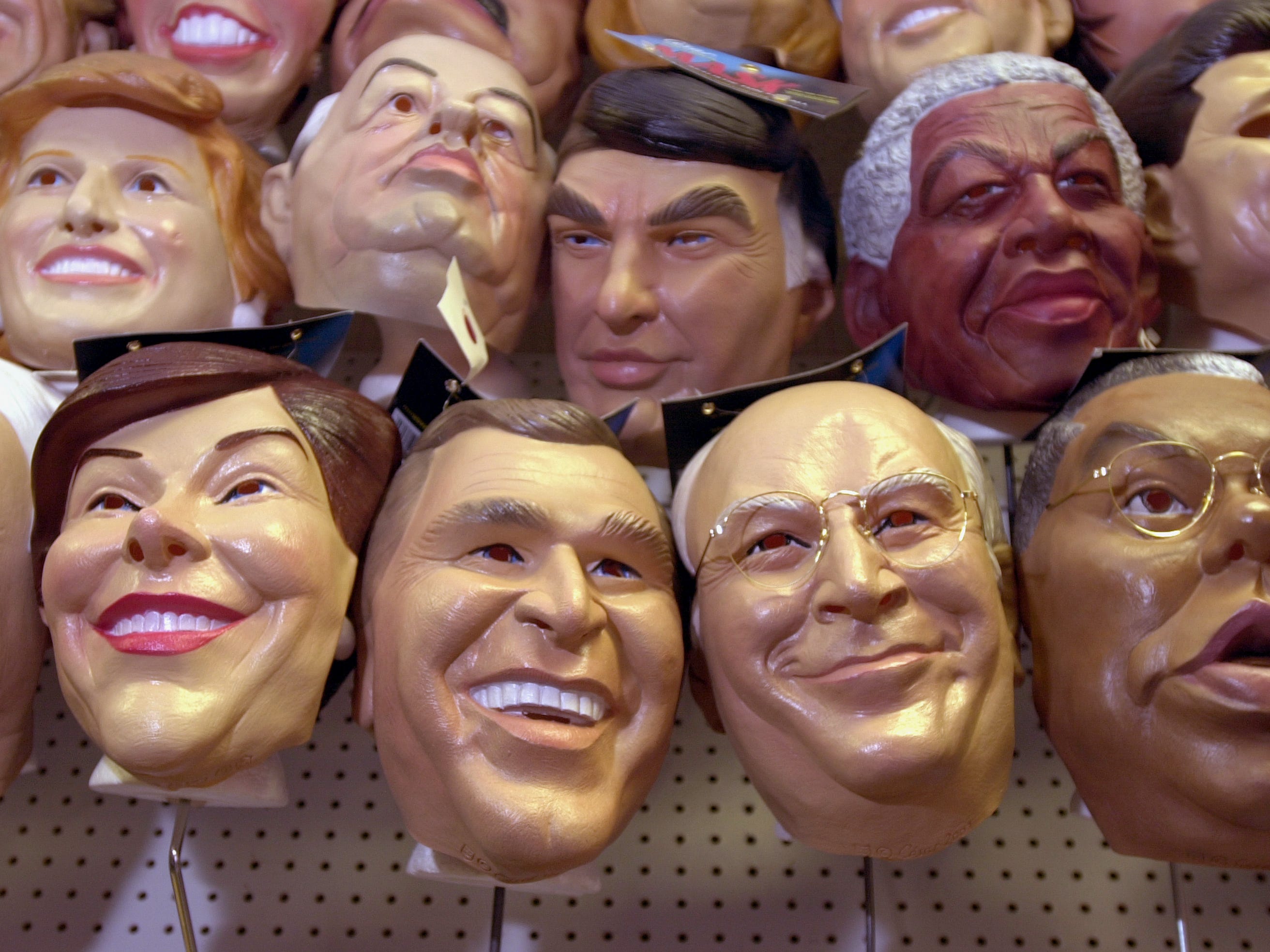 Ever since the late 19th century, Americans have been dressing up to celebrate Halloween. The costumes people choose to wear are always changing, influenced by popular culture and current events.

For example, bloody, gory Halloween costumes became popular in the 1980s following the release of the horror movie “Halloween,” and the sales of presidential masks have successfully predicted nearly every US election.

From the 1870s to the 1890s, people mostly made their own witch and ghost costumes. 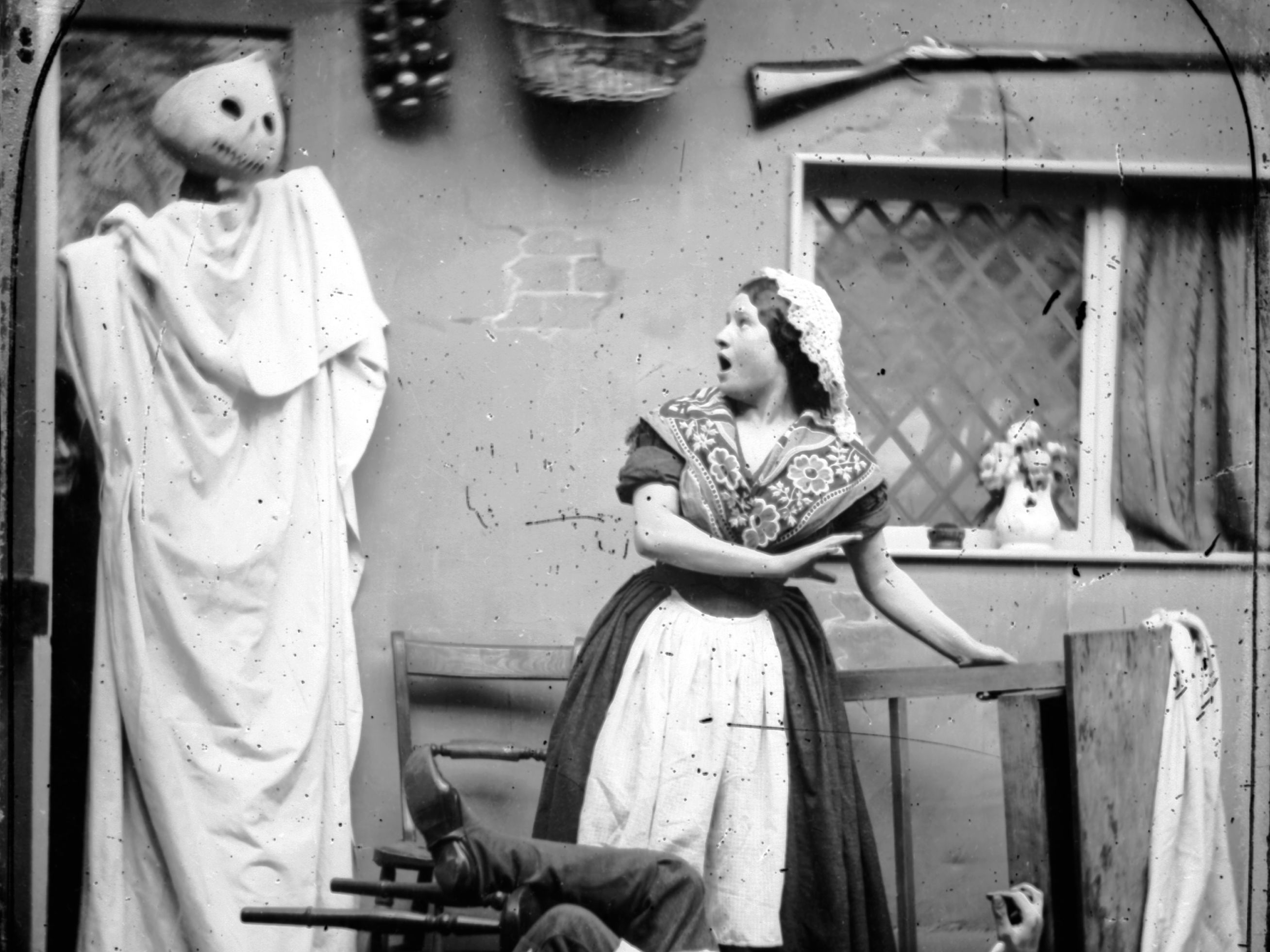 There were no store-bought costumes in the late 1800s, so people dressed up as classic symbols of the Halloween holiday with looks they made themselves.

“The things that appealed to people were the things that they loved about Halloween, so you saw a lot of handmade witch costumes and ghost costumes,” Bannatyne said.

Victorian America was also fascinated by the Far East. 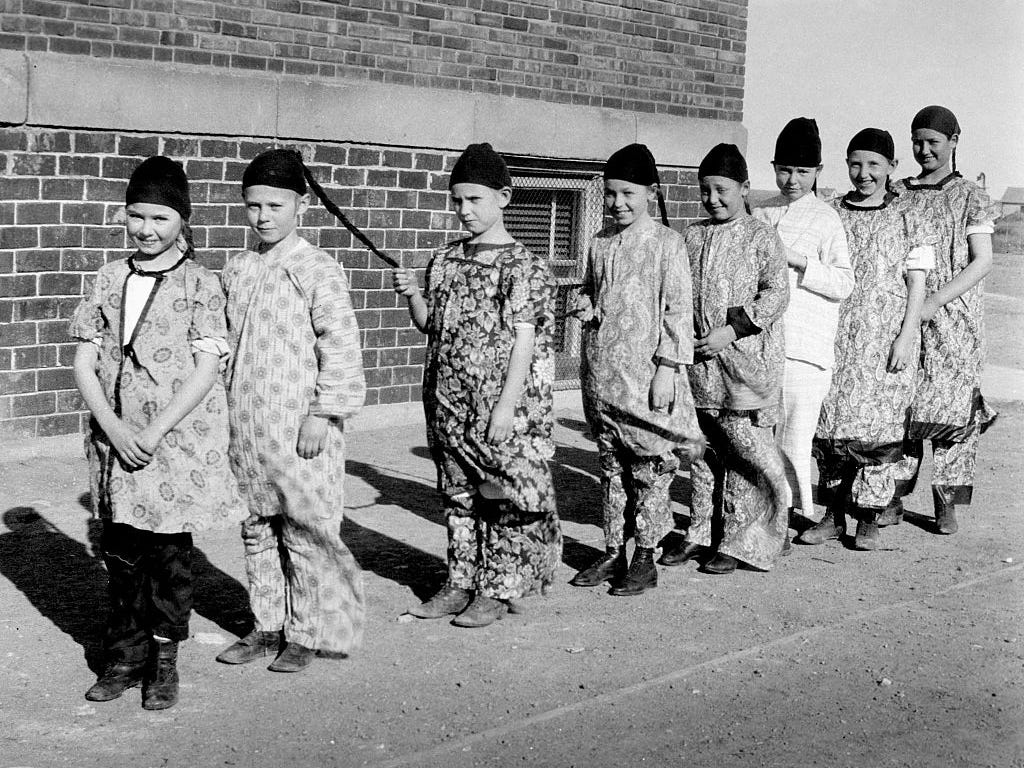 Kirn Vintage Stock/Corbis via Getty ImagesA group of children dressed up as Chinese men in 1919.

Any costumes that were what people would have called “exotic,” such as Egyptian princesses, were popular choices in the late 19th century.

“Anything that was exotic and in another world, either on this planet or another dimension, was really interesting,” she said.

Mass-produced paper costumes and buckram masks hit stores between the 1900s and the 1920s. Kirn Vintage Stock/Corbis via Getty ImagesKids circa 1925 dressed as ghosts ready to trick-or-treat.

Halloween became more popular at the turn of the century, celebrated in civic institutions such as schools and parades. Almost everyone was wearing mass-produced costumes made by Dennison Paper Company.

“Everybody looked the same, those were aprons with cats or little witches printed on them, or hats or paper masks. They were meant to be worn once and thrown away, like crepe paper,” Bannatyne said. “That’s the first time Halloween got a standard colour scheme – yellow, black, orange, purple – with paper products.

Disposable paper costumes made way for boxed character costumes in the 1930s and ’40s. According to Bannatyne, these costumes were considered a luxury in the 1930s, and they only became more affordable after World War II. 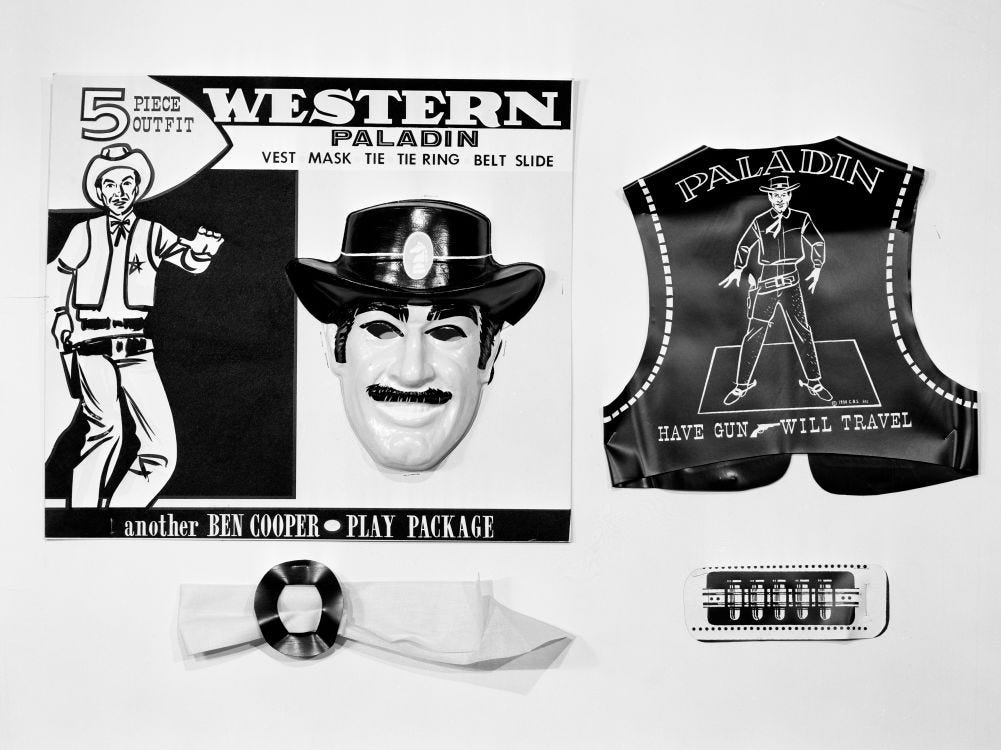 CBS via Getty ImagesA Halloween costume inspired by the CBS show ‘Have Gun Will Travel’ from 1959.

“Popular culture went from radio to television in the ’50s, and all of a sudden everybody is on the same page,” Bannatyne said. “You couldn’t have standard Halloween costumes that everybody knew about until we had a common culture.”

The television trend continued into the 1960s. 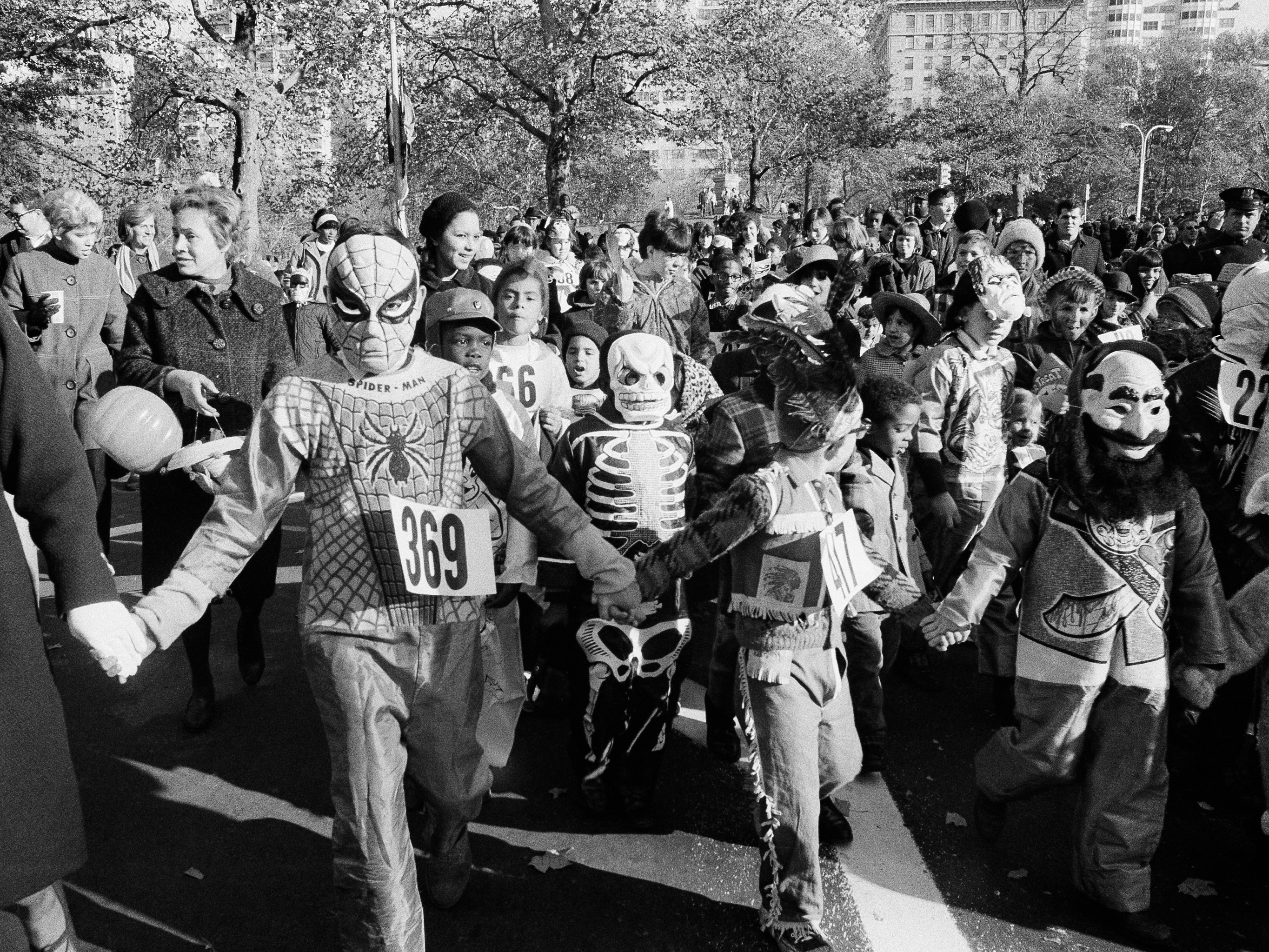 Jacob Harris/APTV and film characters like Spiderman were popular in the 1960s.

Costume options in the 1960s got even more expansive as a popular culture solidified.

“You have The Addams Family, and Flipper the Dolphin, The Beatles, Barbie,” Bannatyne said. “[Costumes are] going into popular culture, even to products.”

“You can just look at the movies and look at the costumes and they overlap a lot,” Bannatyne said of trendy costumes in the 1970s. 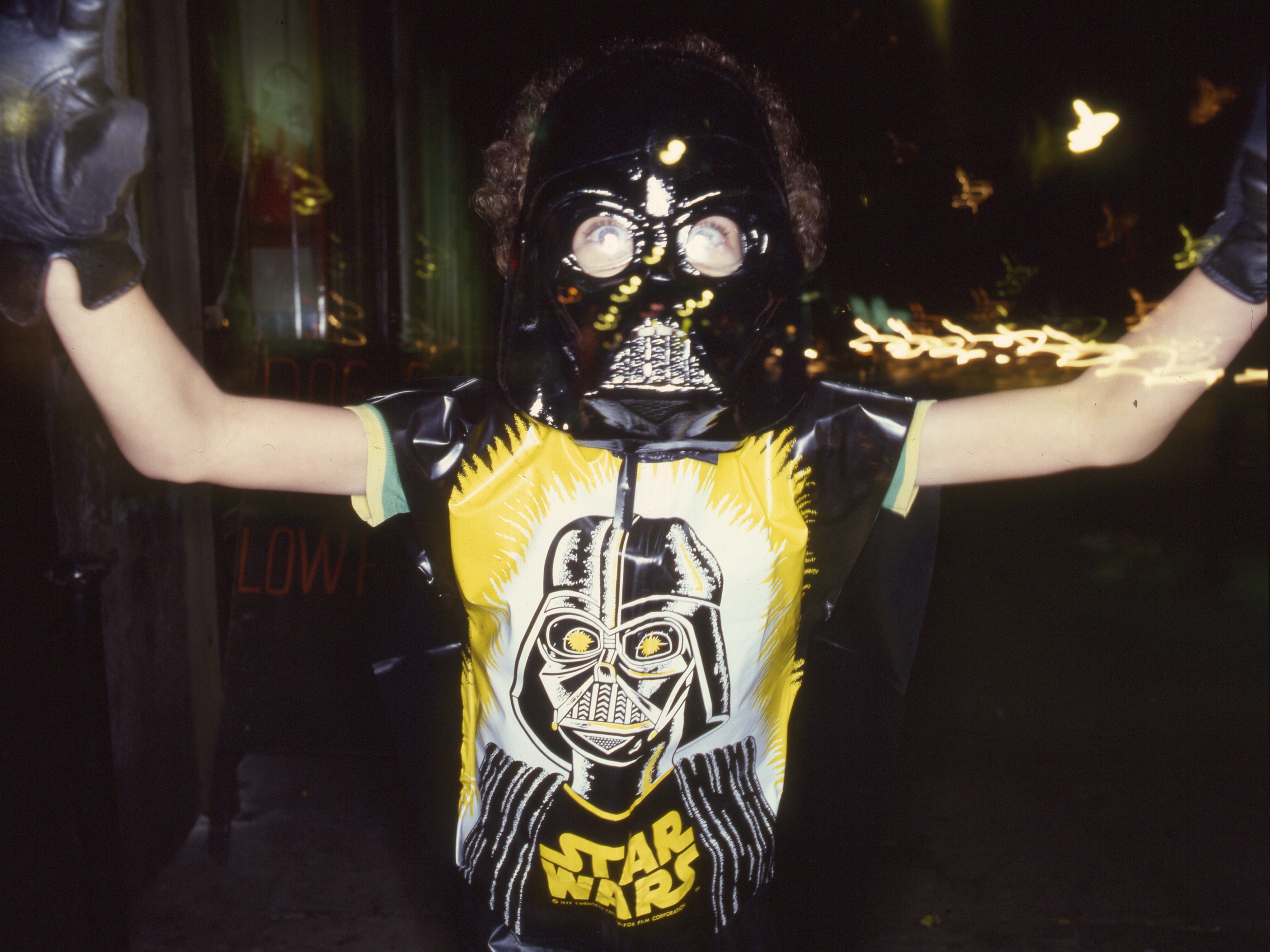 Anthony Barboza/Getty ImagesA child dressed in a Darth Vader costume in the 1970s.

In particular, Bannatyne named the coneheads from “Saturday Night Live” and John Travolta in “Grease” as popular costume choices. 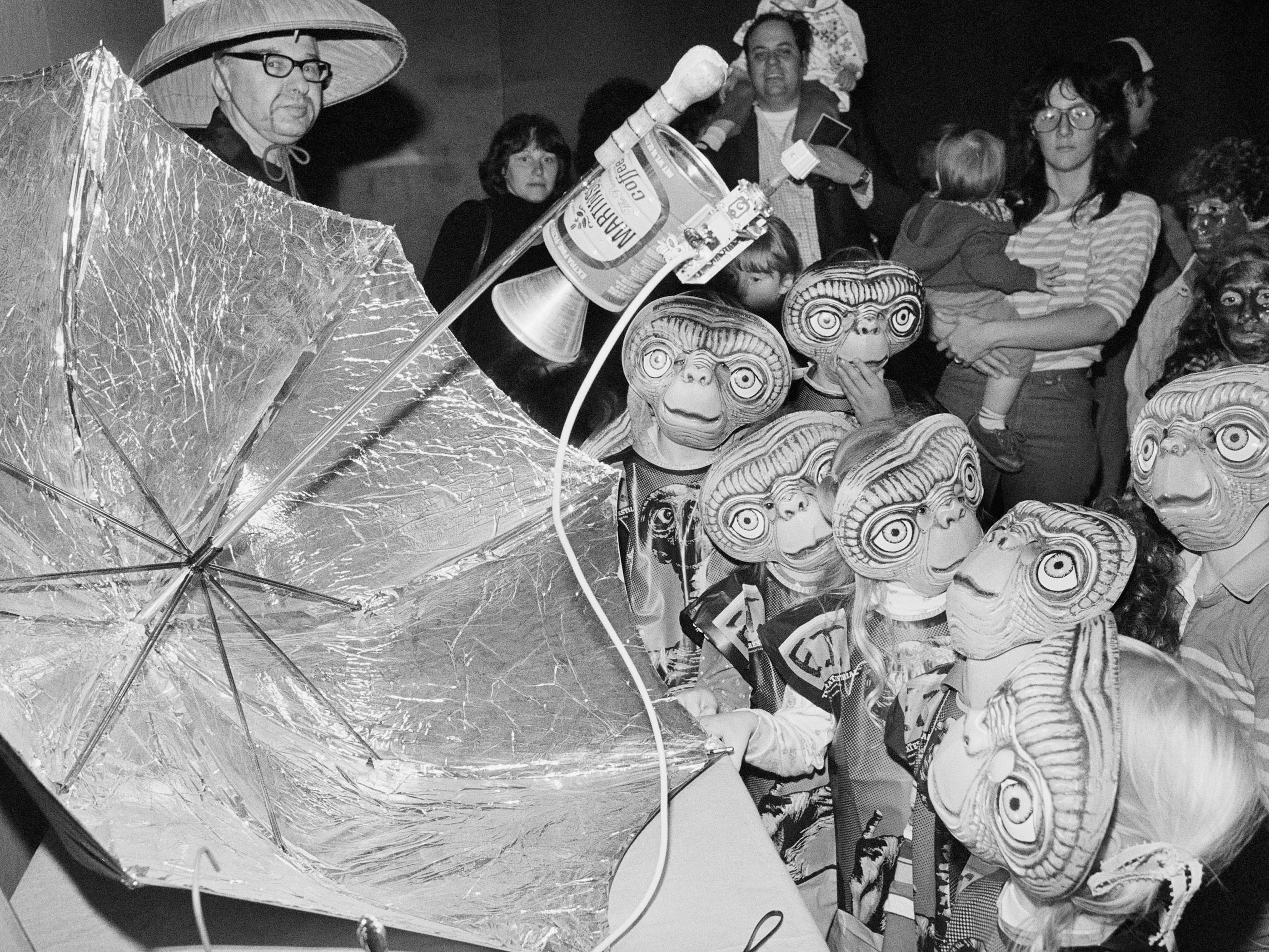 “E.T. The Extra-Terrestrial” was released in 1982. It won numerous Oscars and remains one of the highest-grossing movies of all time. Naturally, everyone wanted to dress up as the friendly alien.

Costumes also took a dark, gory turn in the 1980s. John Carpenter’s bone-chilling 1978 movie “Halloween” added an element of horror to the holiday that hadn’t been present in years past, paving the way for gory costumes in the 1980s.

“It was always spooky, and it was always otherworldly and weird, but it wasn’t bloody and violent until John Carpenter’s ‘Halloween’ cracked it open,” Bannatyne said.

Costumes of brand-name products were big in the 1990s. 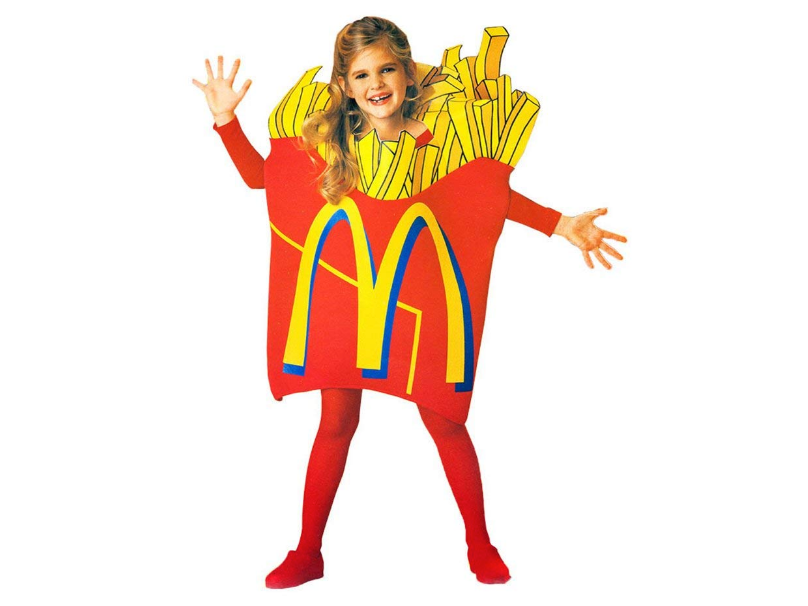 AmazonBrand-name costumes are still in style.

“[Halloween] has always had a wonderful political subversive theme to it, so you always see costumes that comment on what’s going on, but in the ’90s it gets even more ironic,” Bannatyne said. “You get people dressed as Tootsie Rolls or Lifesavers, McDonald’s – just about anything you can see, you can turn into a costume.” “Political scandals and taglines make for great costumes – to this day, that Nixon mask is one of the most popular masks,” Bannatyne said.

According to Bannatyne, sales of presidential Halloween masks have correctly predicted the outcome of every election except for 2016 (“Trump masks were selling wildly, but no one could decide whether that was because it was pro or con”).

In the aughts, “sexy” versions of costumes became prevalent and remain a staple of Halloween parties today. 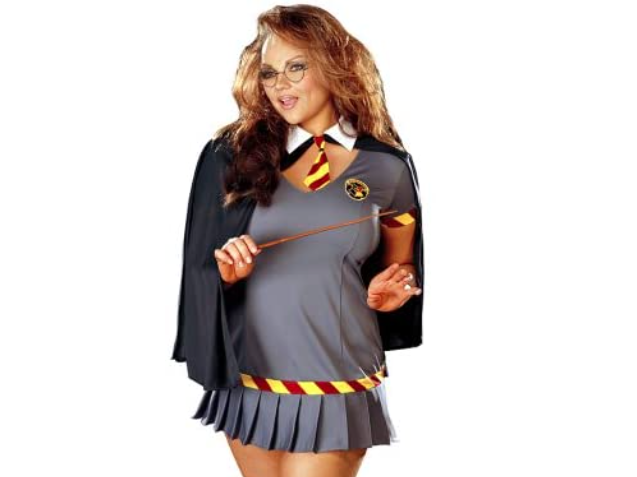 Some costumes call for sex appeal, and some don’t. But the aughts ushered in an era of gratuitously “sexy” versions of just about any character, food item, or career.

Concerns about cultural appropriation in Halloween costumes have only become mainstream in the last five years or so, according to Bannatyne. 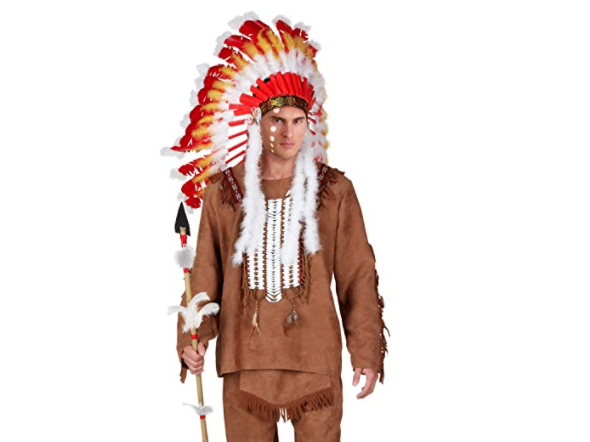 AmazonTraditional Native American clothing is part of a culture, not a costume.

The term cultural appropriation is used to describe the adoption of elements in a minority culture – typically one that has been historically oppressed or discriminated against – by members of the dominant culture, by those who wield power in a society. In the context of Halloween, this can manifest itself in the form of costumes that draw on exaggerated and insensitive cultural stereotypes.

“[Halloween] has always gone off the rails a little bit, but people are much more aware of that now,” Bannatyne said.

This year, costumes inspired by breakout TV shows are expected to be a huge hit. 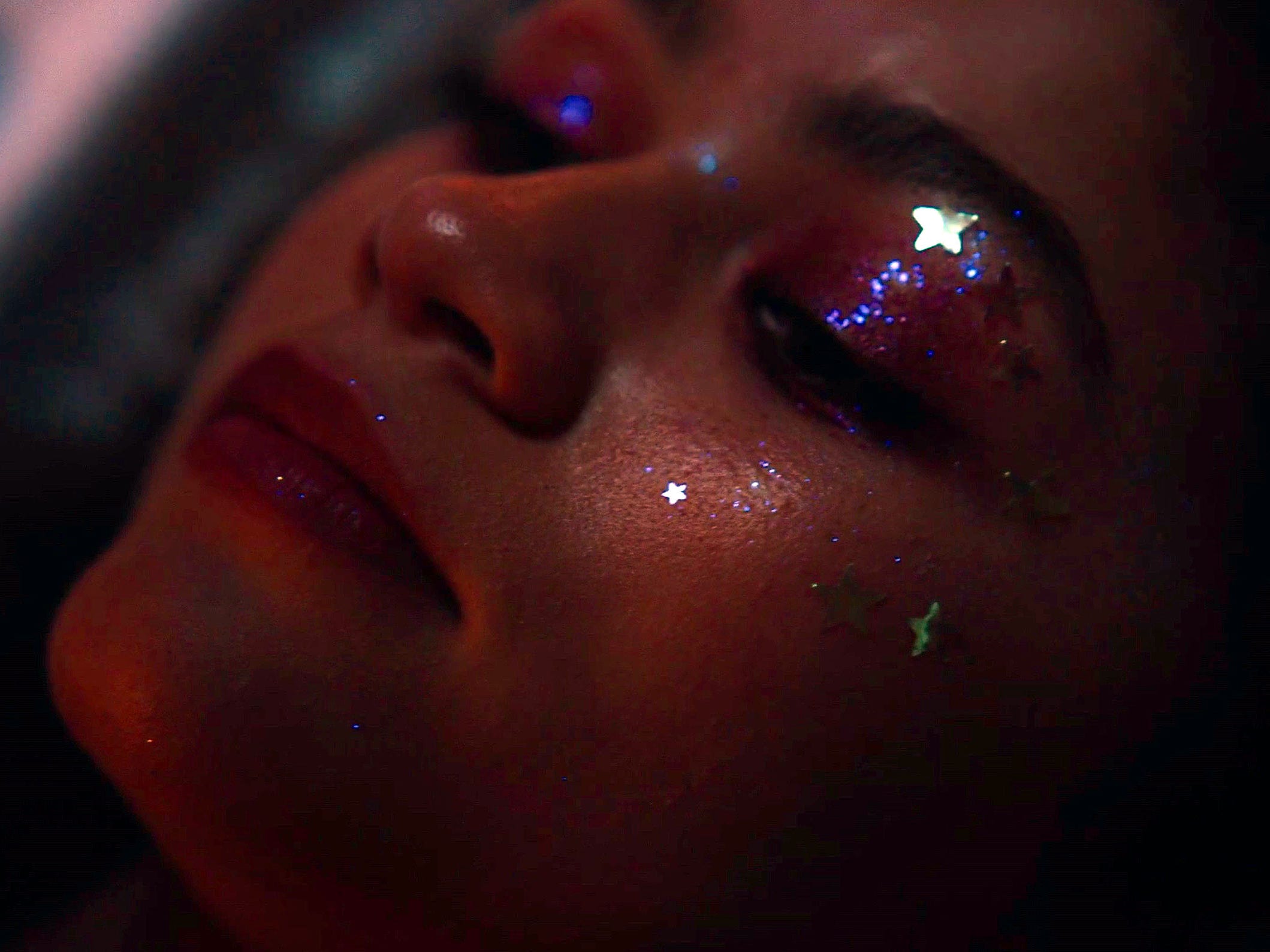 “Euphoria” dominated television and made Zendaya the youngest lead drama actress to win an Emmy. “Euphoria”-inspired hair and makeup will undoubtedly make an appearance this Halloween. Tim Boyle/GettyThink carefully when choosing your next costume.

If you want to know what the next big Halloween costume will be, just pay attention to pop culture and big stories that everyone is talking about.

“Halloween follows whatever the culture is doing and is a really good bellwether for what we’re thinking about,” Bannatyne said.