Halal food was once a niche market, accessible mostly in Muslim countries. But today, it’s booming.

Food carts and restaurants serving traditional dishes adhering to Islamic dietary laws are popping up just about everywhere in the world.

However, most of the countries benefiting from this boom don’t have a Muslim majority.

Eight of the 10 largest suppliers of global halal meat are nations that have a relatively small Muslim population, like Brazil and Australia. Even New Zealand is a lead exporter of halal beef.

But now, companies in Muslim-majority countries are trying to get a bigger slice of this market.

The Malaysian food company MyChef is ramping up production of ready-to-eat halal meals, from fried rice to chicken biryani. The bags are being shipped to Japan, just in time for the 2020 Summer Olympics.

Malaysia is the only country providing halal food during the games, which are scheduled to begin in July. 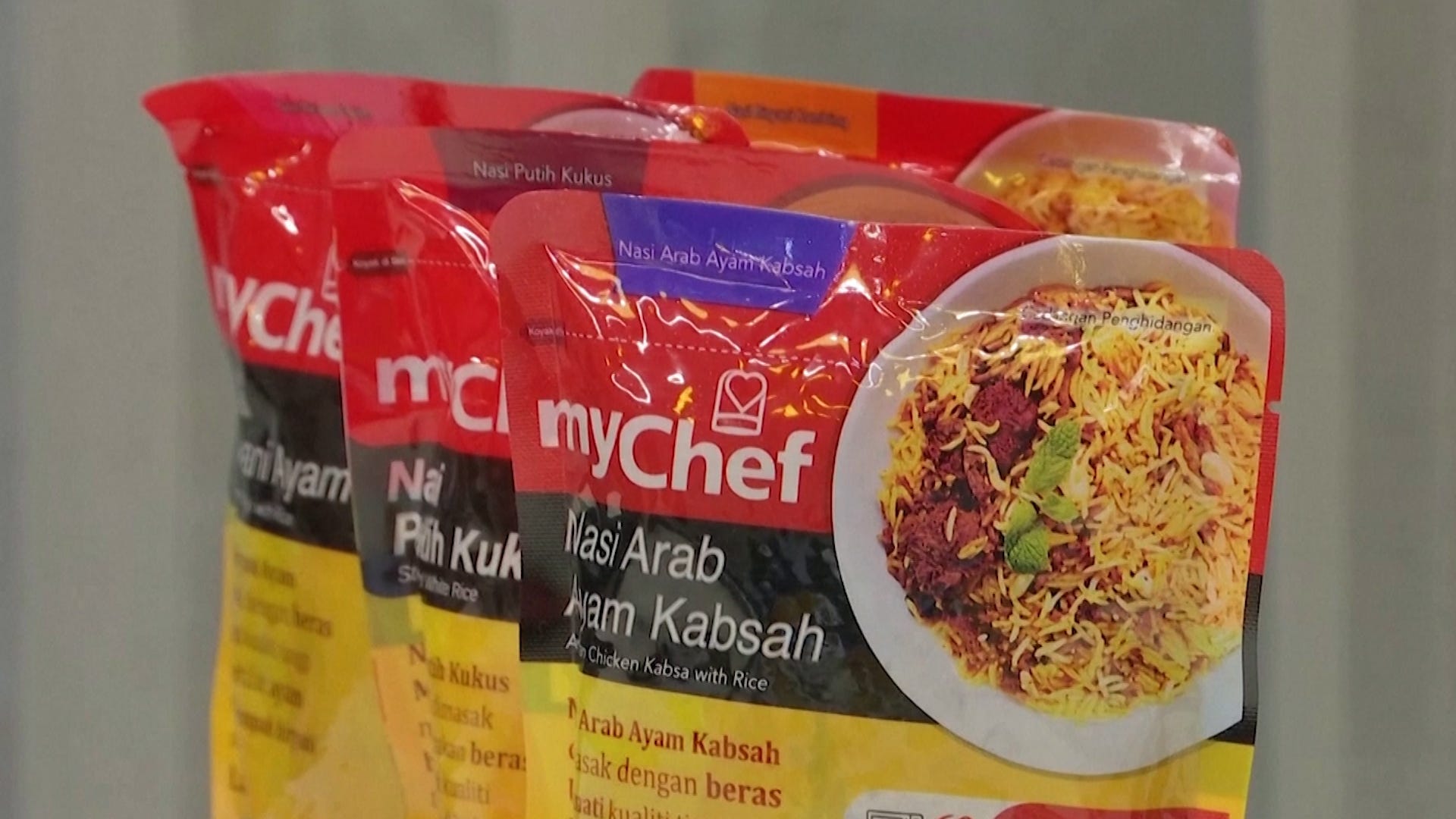 ReutersThe Malaysian company MyChef is ramping up production of its ready-to-eat halal meals.

Before the coronavirus outbreak, Japan was expecting to draw a record 40 million tourists this year. Malaysia estimated 8 million of them would be Muslim.

Ahmad Husaini Hassan, managing director of MyChef: “So, our Halal here is not only Halal Malaysia but we go on Halal International Cuisine and that’s what we developed. So, we offered Malaysian-made halal products, made in Malaysia, but cater for all other nationals out there in Japan.”

The word halal means permissible in Arabic, and Islamic law includes a list of dietary do’s and don’ts. For instance, Muslims who follow a halal diet don’t eat pork nor drink alcohol.

Ahmad expects to sell the packaged halal food through vending machines, supermarkets, and kiosks in the Olympic Village.

The coronavirus outbreak has raised concerns that the games could be cancelled or postponed – but so far, members of the International Olympic Committee have said the event is on track for July.

On March 12, the Olympic torch was lit at the birthplace of the ancient games in Greece, marking the beginning of the relay that ends at the games’ opening ceremony.

Ahmad says he wants to use the games as a springboard to boost halal exports.

Husaini: “The intention was not to be in and out. We want to go in and remain and stay for long term.” 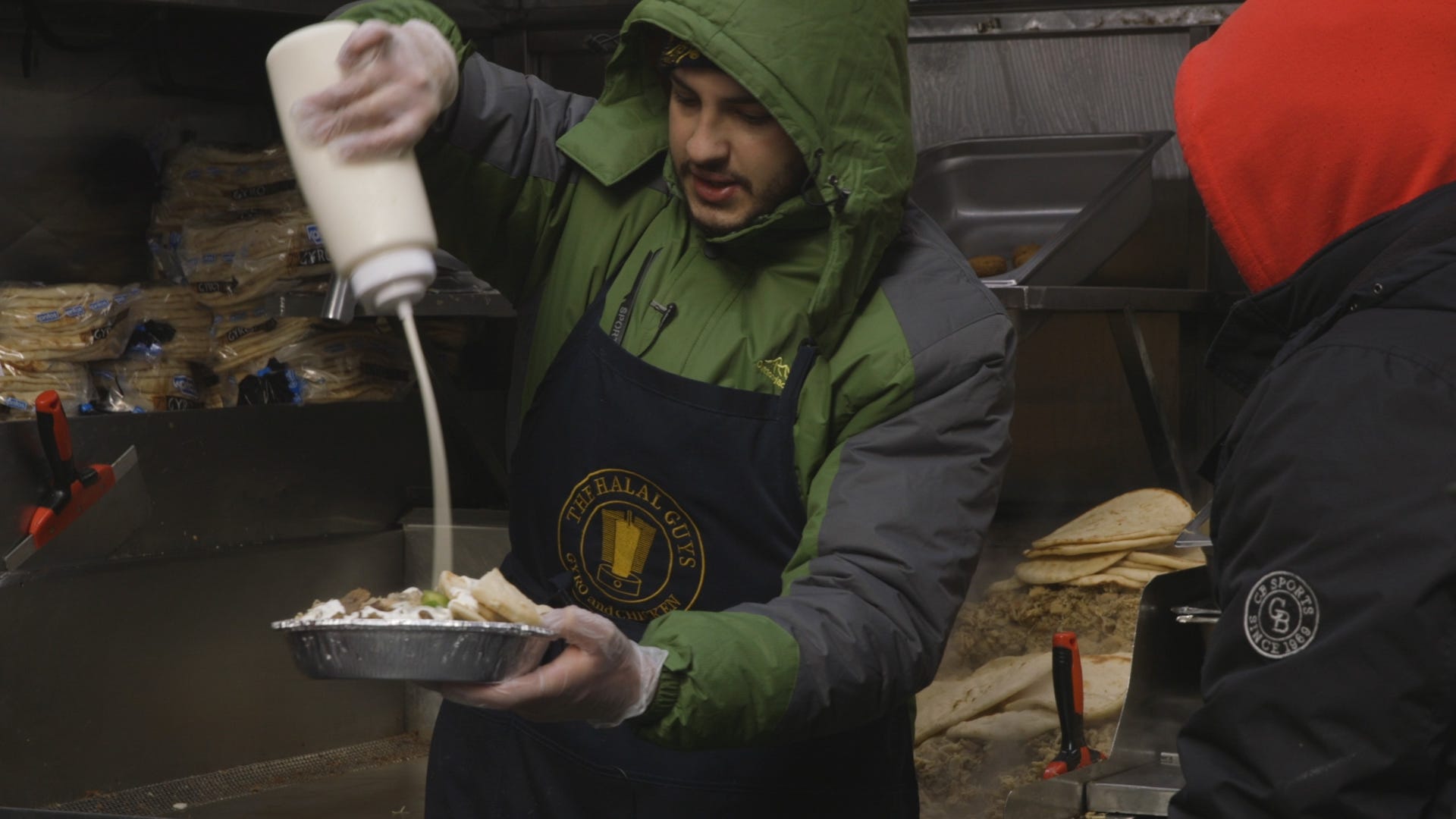 Sam Rega/Business InsiderHalal food was once a niche market, but is now booming globally.

Another Muslim country vying for a stake is Bosnia-Herzegovina – about half its population adheres to Islam.

The Southeast European country hosts a three-day fair dedicated to halal food in its capital, Sarajevo, every year.

It’s an attempt to capture the local and international Muslim crowd.

Hamid Kurjakovic, food quality expert: “Over the last 10 years or so, we have seen an increase in guests from the Middle East visiting Bosnia-Herzegovina. So many restaurants are now including a halal food menu.”

For Muslims, having access to a hot halal meal in more places than before opens up travel opportunities.

Amir Hadi Azmi, Malaysian Muslim: “As a Muslim Malaysian, I am very happy whenever I am able to access halal food whenever I travel, especially because I travel a lot. So it helps make the whole travelling experience so much easier for me. It’s so much better these days than before.”