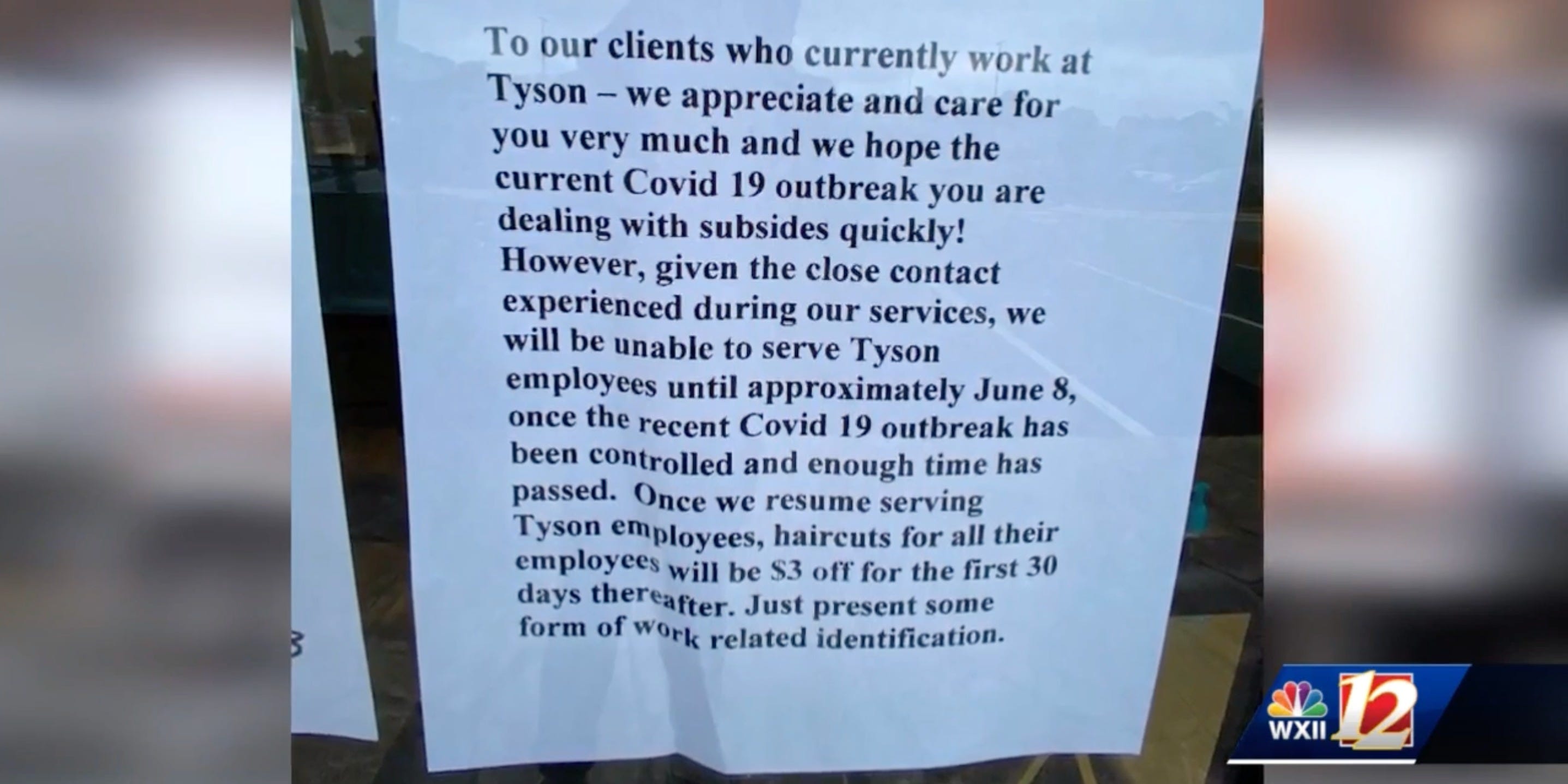 WXII 12A North Carolina hair salon has banned workers from a nearby Tyson poultry plant.

A North Carolina hair salon banned workers from a nearby Tyson poultry plant from getting their hair cut, after COVID-19 outbreak at the plant.

“It wasn’t to dishonor or disrespect them at all, but when they had 570 out of 2,200 employees test positive, it just raised a red flag and gave us concern,” Bob Hartley, the owner of the Smartcuts location, told local news station WXII 12.

Hartley told WXII 12 that the location had replaced its original sign, which was “a little cut and dry.” The new sign still bans Tyson workers from entering the location, but also says employees will be allowed into the hair salon on June 8 and will be able to get $US3 off their haircuts, with work-related identification.

HuffPost reported that the policy infuriated many local Tyson workers. Tyson employee Amy McGinty told HuffPost that people are looking at her and other Tyson workers “like a disease.”

“They’re getting our food, but they won’t service us,” McGinty said.

Smartcuts did not respond to Business Insider’s request for comment on if similar policies will roll out at other locations. Business Insider was unable to immediately reach a representative for the Wilkesboro location by phone.

Meat processing plants have become major coronavirus hotspots. As of last week, there have been at least 15,800 reported positive cases tied to meatpacking facilities, as well as 63 deaths, according to the Midwest Centre for Investigative Reporting.

Analysis by the Environmental Working Group released in mid-May found that counties with or near meat processing plants have almost twice the rate of known COVID-19 infections, compared to the national average.

In April, President Donald Trump signed an executive order requiring meat-processing plants to stay open to prevent meat shortages. Experts have said that with pork and beef production plunging by 35% because of plant closures, shortages and price inflation are nearly guaranteed in the coming months.