Watch Hailey Baldwin candidly tell Justin Bieber how she dealt with their 2016 breakup: 'I didn't just throw myself into a relationship' 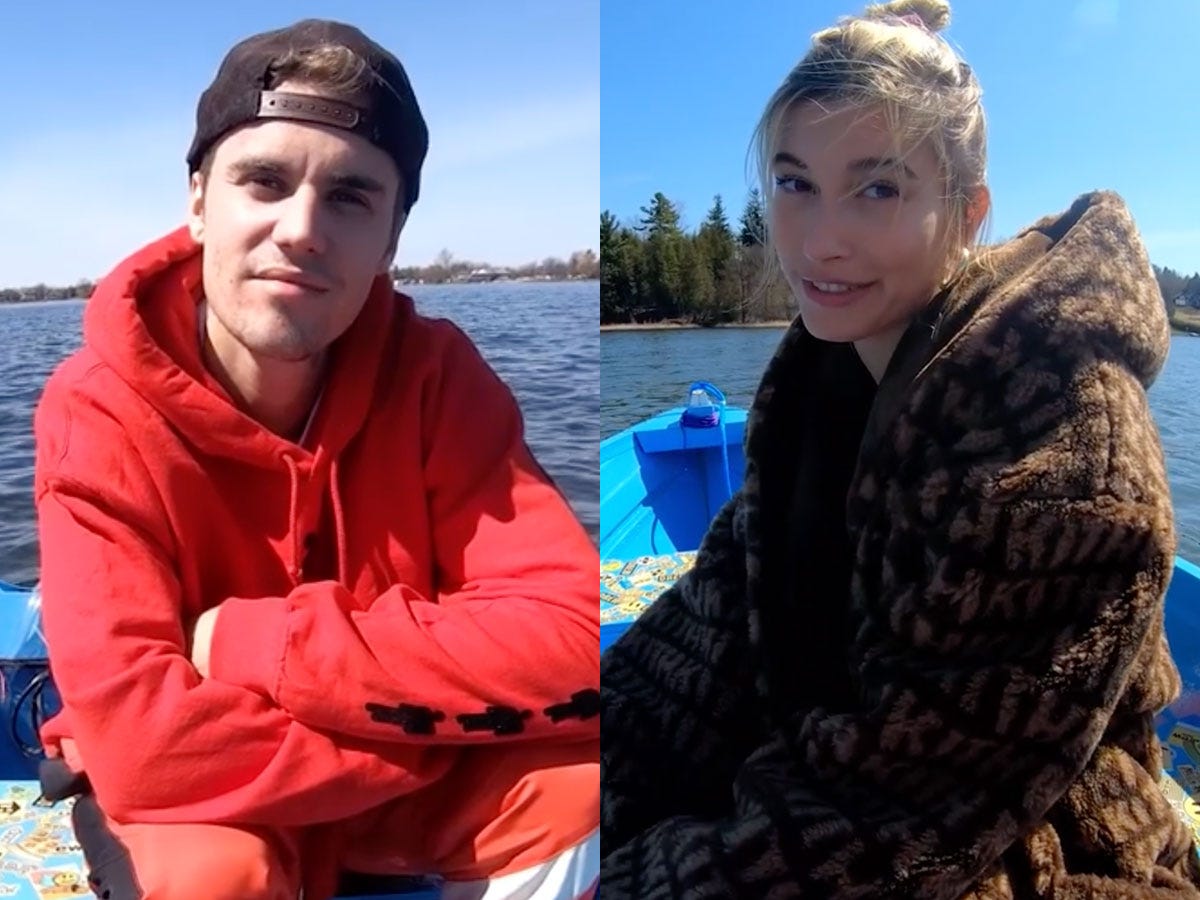 During Monday’s episode of their Facebook show, “The Biebers on Watch,” Hailey Bieber (née Baldwin) talked about her recovery from her 2016 breakup with Justin Bieber.

As the couple chatted on a lake by their house, the 26-year-old “Yummy” singer asked the 23-year-old model how she forgave and learned to trust him enough to get married after their abrupt split in 2016.

“I think that one thing that’s really important is that from the time that you and I weren’t – ended, and it was not on good terms, I was on my own, essentially,” she told him.

But despite the hard feelings, Hailey said, “I didn’t just throw myself into a relationship, throw myself into something else to try to – I did other things to try to distract myself and forget and would talk to people or hang out with people, but I didn’t search for someone to just come take your place and be like another relationship and try to fill a void in that way.”

(Watch the discussion below. They begin discussing the breakup at the 4:30 second mark.)

After Justin and Hailey broke up, the model was spotted with Drake, Cameron Dallas, and Shawn Mendes, however none of the relationships were reportedly serious.

Instead of jumping into another romance, Hailey explained that she “really let myself feel the emotions that I was feeling” and recalled “grieving” her breakup with Justin, which she previously called “a very dramatic excommunication” during a 2019 interview with Vogue.

“It feels like grieving when you lose – it is grieving, actually. It doesn’t feel like grieving, it is grieving when you lose someone who you really, really love and care about. And I just remember, I was like, I care about you so much that I was like, ‘It doesn’t even matter to me if he’s in my life in like a romantic way, just like I care about him so much that I want him to – I want us to be in each other’s lives and that be ok,'” she said on the Facebook Watch show.

And while Hailey admitted how difficult the split was for her at the time, she called it “the best thing” that they both decided to focus on themselves.

“I felt like I found my footing in my career and on my own, as a young adult, and I think that I did a lot of work by myself and on my own before we got together, and then by the time that we got back together, I just felt like I had experienced enough,” she said.

Even though the model said that she was certain about her feelings toward Justin, she revealed that she had “doubt” and was “confused” about his love life at the time, as he reportedly got back together with his ex-girlfriend Selena Gomez. 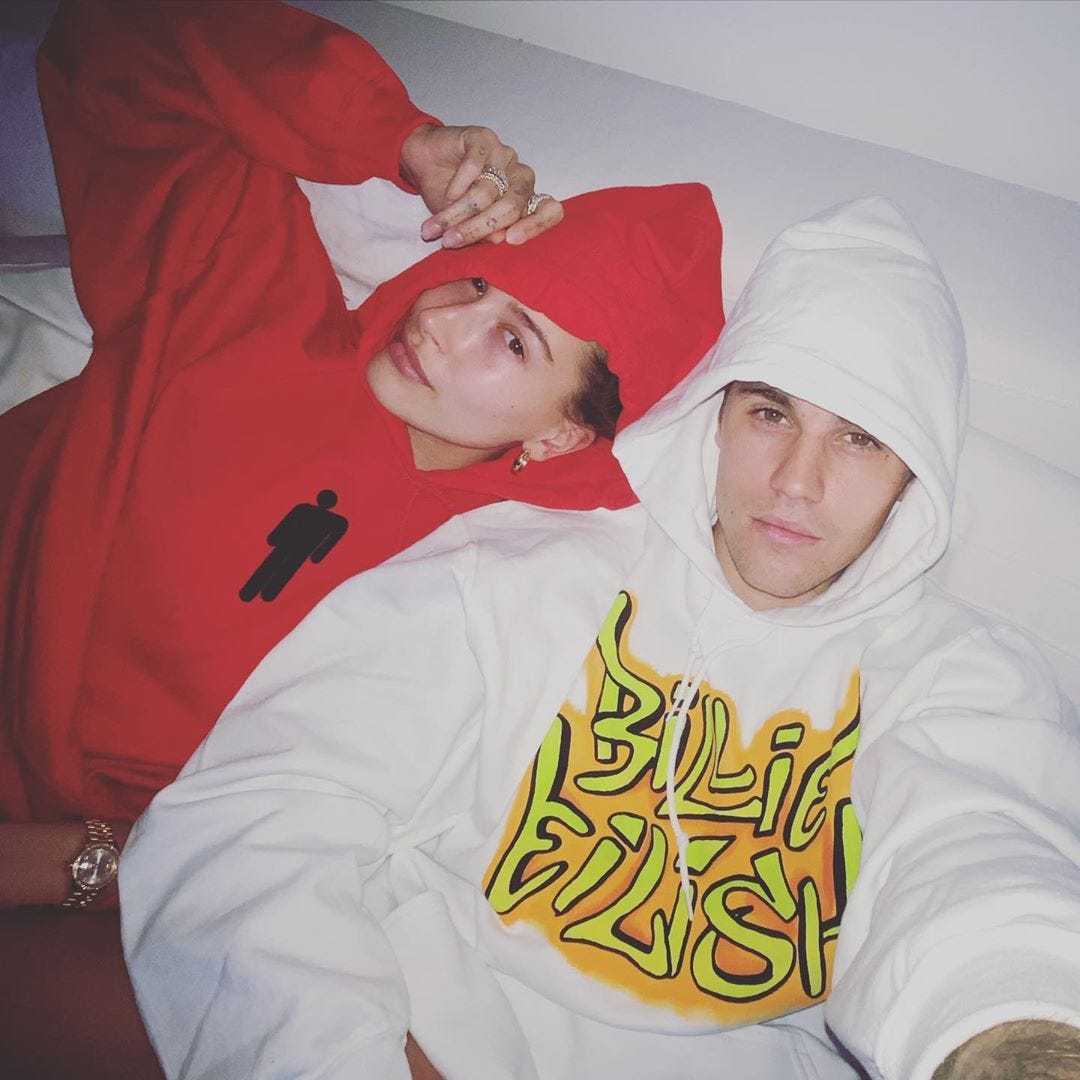 Hailey added, “You know, you were trying to keep to yourself. You weren’t on any like, if I am allowed to say this, f— boy s— anymore.”

Justin pointed out that beyond taking time apart, both he and Hailey had to exercise forgiveness when they revisited the relationship.

“There was a lot of forgiveness that you need to have toward me and vice versa. We both had made mistakes. And I think when we understand how much God has forgiven us and given us grace, it gives us the ability to give each other grace,” he told Hailey. Although the couple reportedly ended on bad terms in 2016, Justin predicted that he would marry Hailey and said he was working hard not to hurt her during an interview with GQ that year.

“I know that in the past I’ve hurt people and said things that I didn’t mean to make them happy in the moment. So now I’m just more so looking at the future, making sure I’m not damaging them,” he told the magazine, adding, “What if Hailey ends up being the girl I’m gonna marry, right?”

He also spoke about trying to preserve the relationship and keep from hurting her feelings.

“If I rush into anything, if I damage her, then it’s always gonna be damaged. It’s really hard to fix wounds like that. It’s so hard.… I just don’t want to hurt her,” he said.

New episodes of “The Biebers on Watch” stream on Facebook every Monday.