This 2-story RV with a kitchen, bathroom, and bedroom can detach to be its own tiny home — see inside 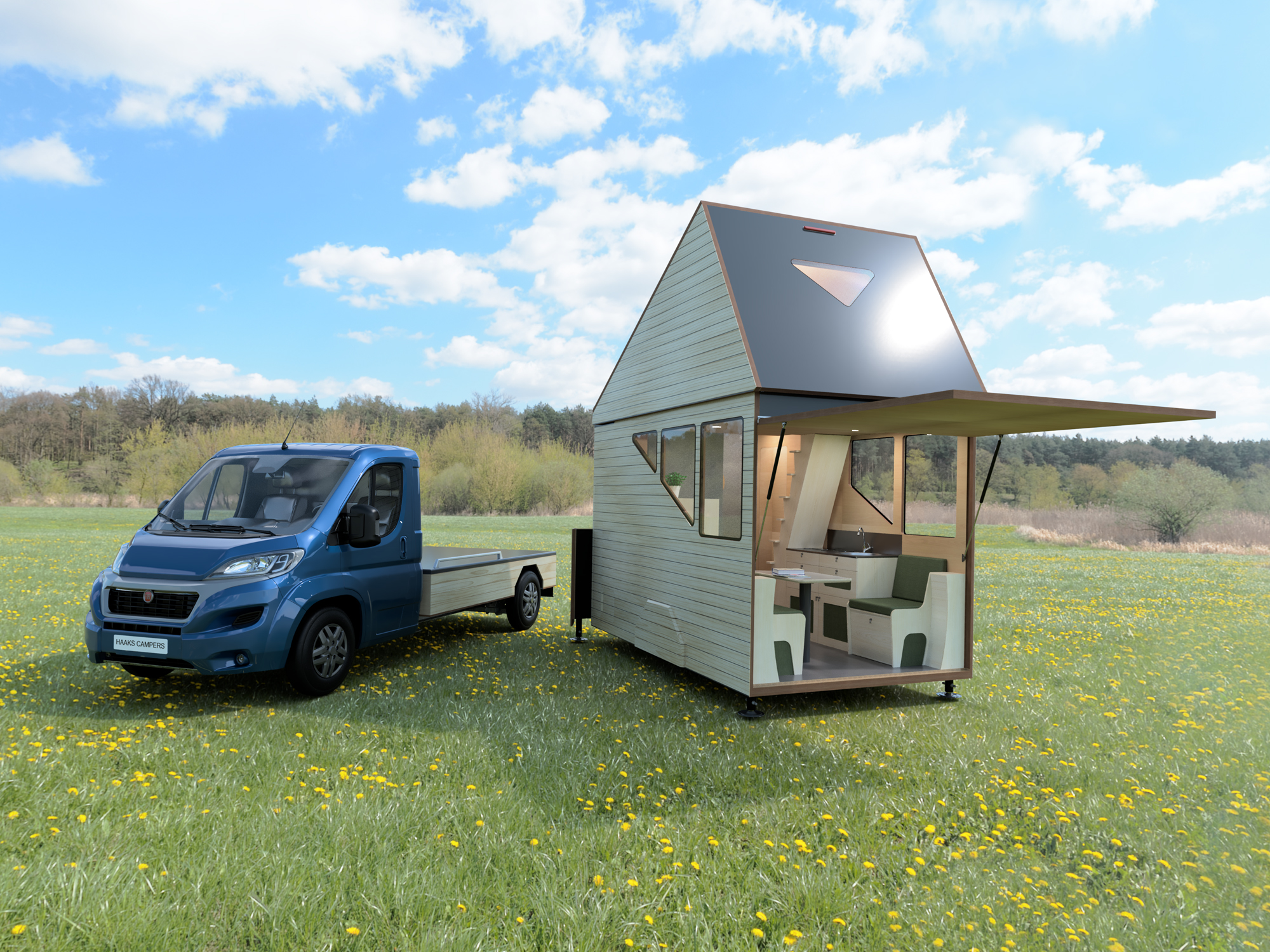 Haaks was first started in 2017 when its founders Pim Gijsbers and Jules Luijpen decided that they wanted to find an original product to bring to the camper market. Now, the company has two camper home models and a “Nano House” unit.

The company designed its flagship Opperland camper around three central themes: comfort, sustainability, and freedom, according to a YouTube video linked on Haaks’ website. These themes can all be seen throughout the camper van, from its two-story concept to the sourcing of its materials to the flexibility of the unit and vehicle.

The Opperland camper unit comes with a wood-detailed Fiat Ducato that the tiny home was designed to travel on.

In total, the camper and its Ducato base starts at €129,982, about $US142,690, including Netherland’s private motor vehicle and motorcycle tax (BPM) and the European Union’s value-added tax (VAT). Haaks is also considering creating a rental option.

Keep scrolling to see the tiny two-story home on wheels:

The camper’s sustainability theme can be found throughout the vehicle. 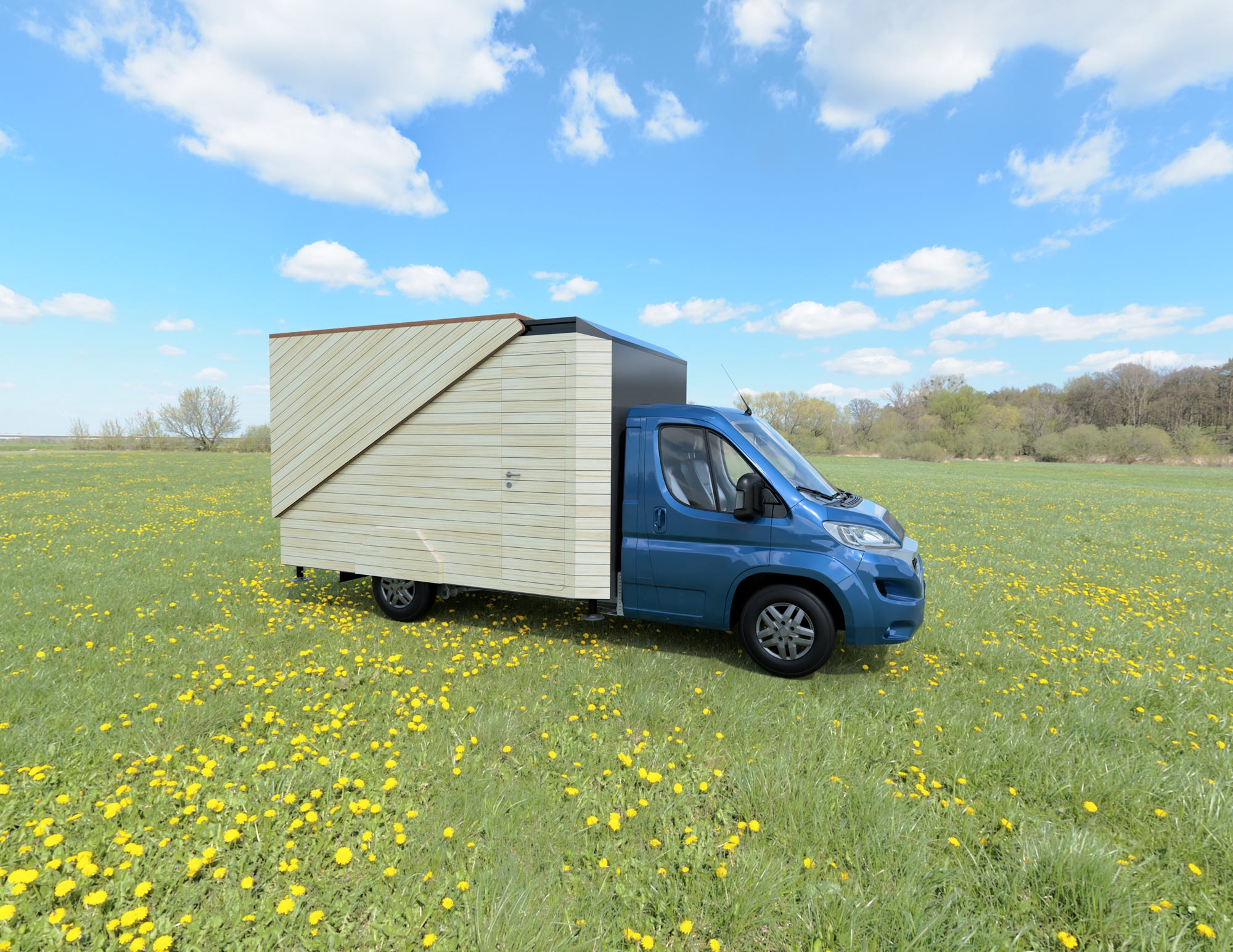 For example, there are solar panels on the tiny home, and its wooden walls — which are processed to allow it to stay rot-free for 25 years — come from “well-managed sources,” according to Haaks. 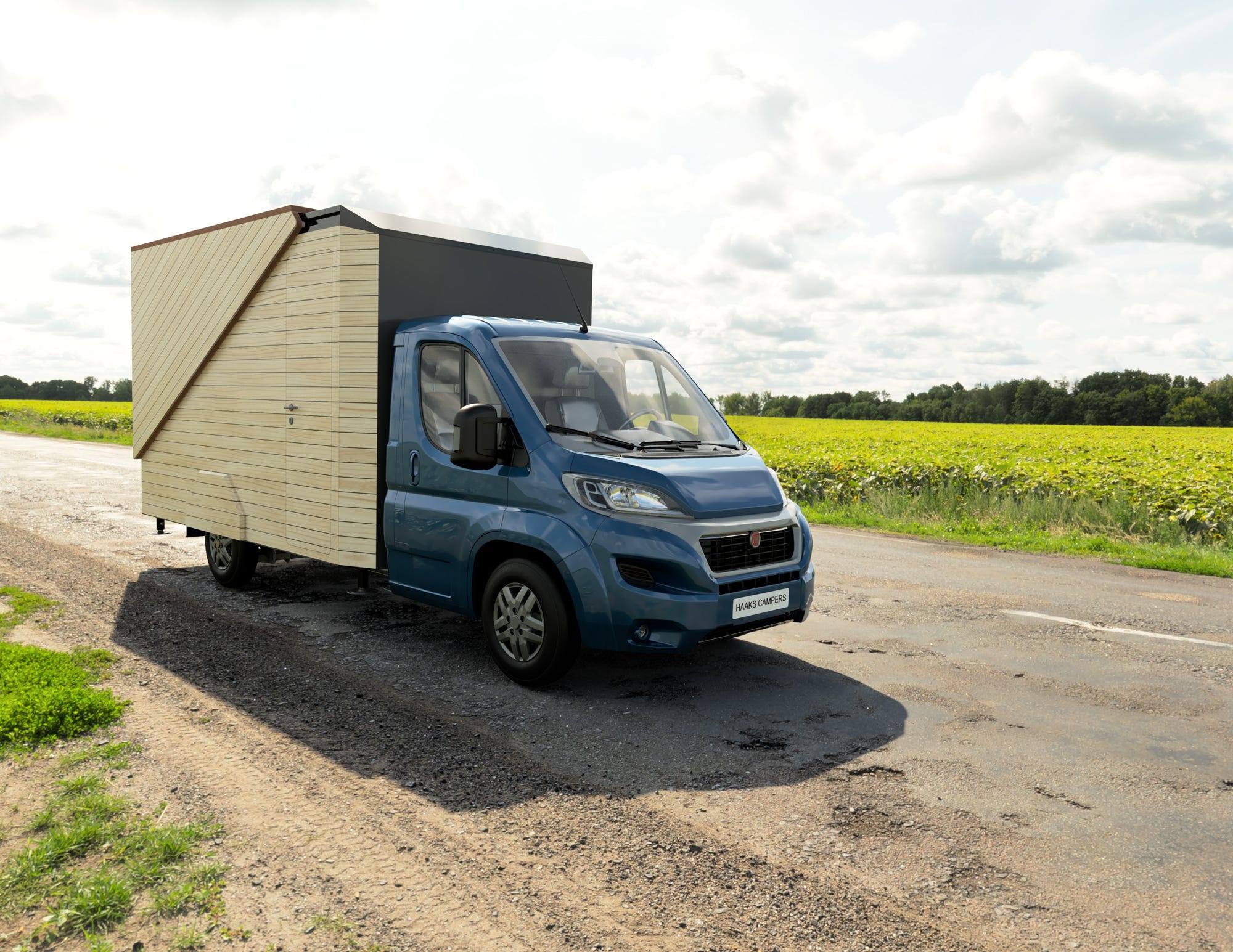 Haaks also makes an effort to source its parts from local suppliers. 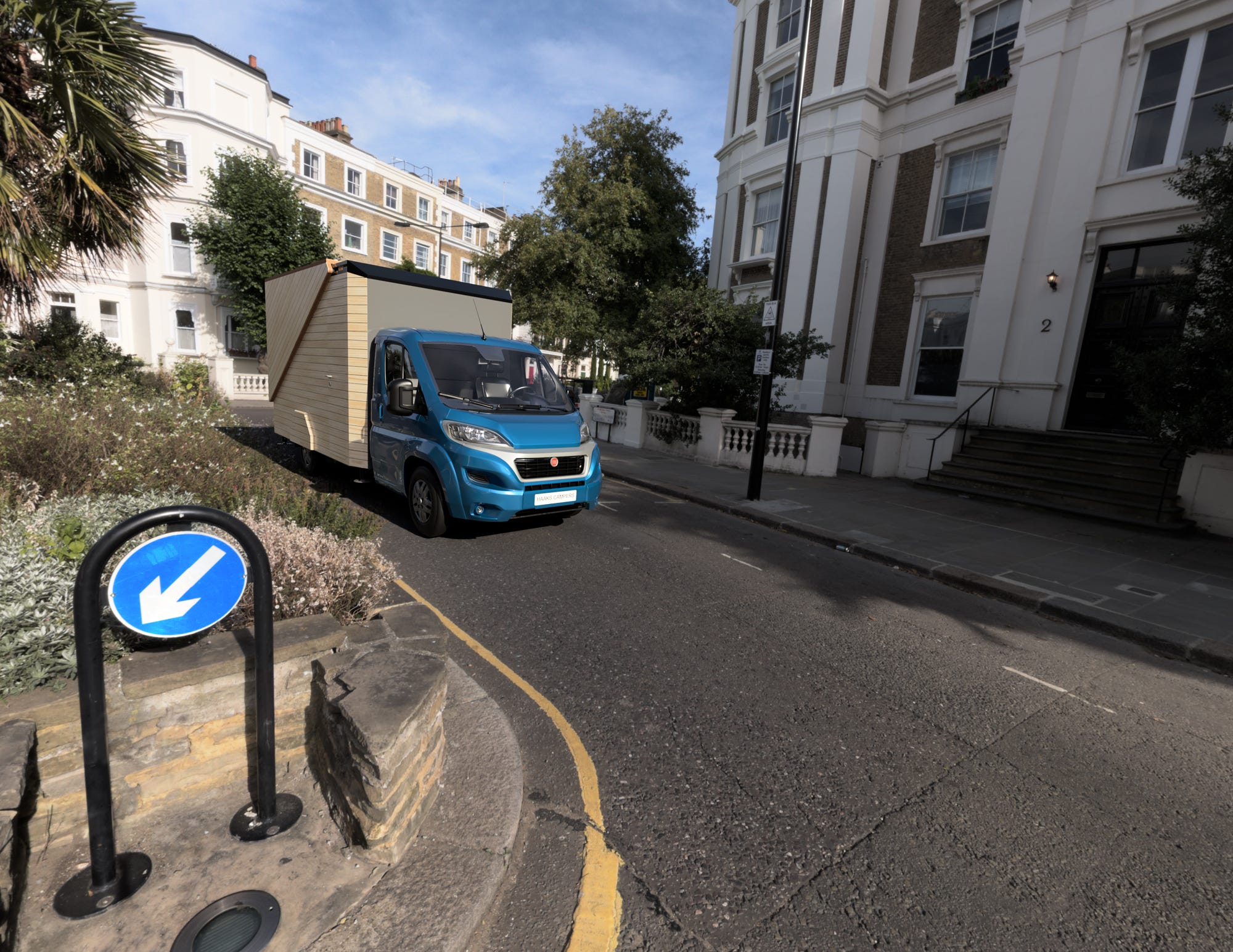 The Opperland’s kitchen has several amenities found in non-camper van kitchens, such as a sink, an induction cooktop, cupboards, and a drawer. 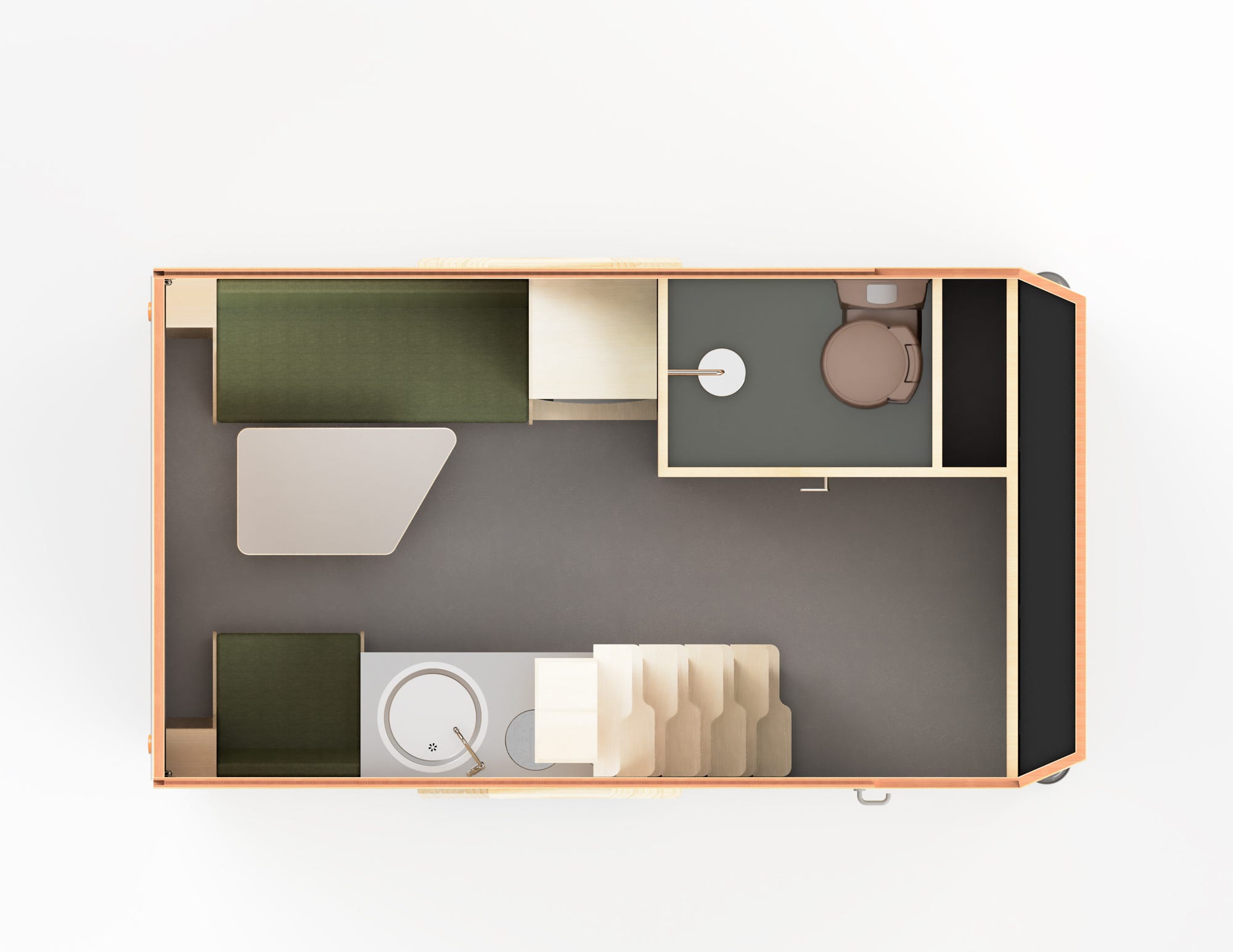 The cooktop and 81-litre fridge and freezer are powered by a 360-amp-hour lithium-ion battery. 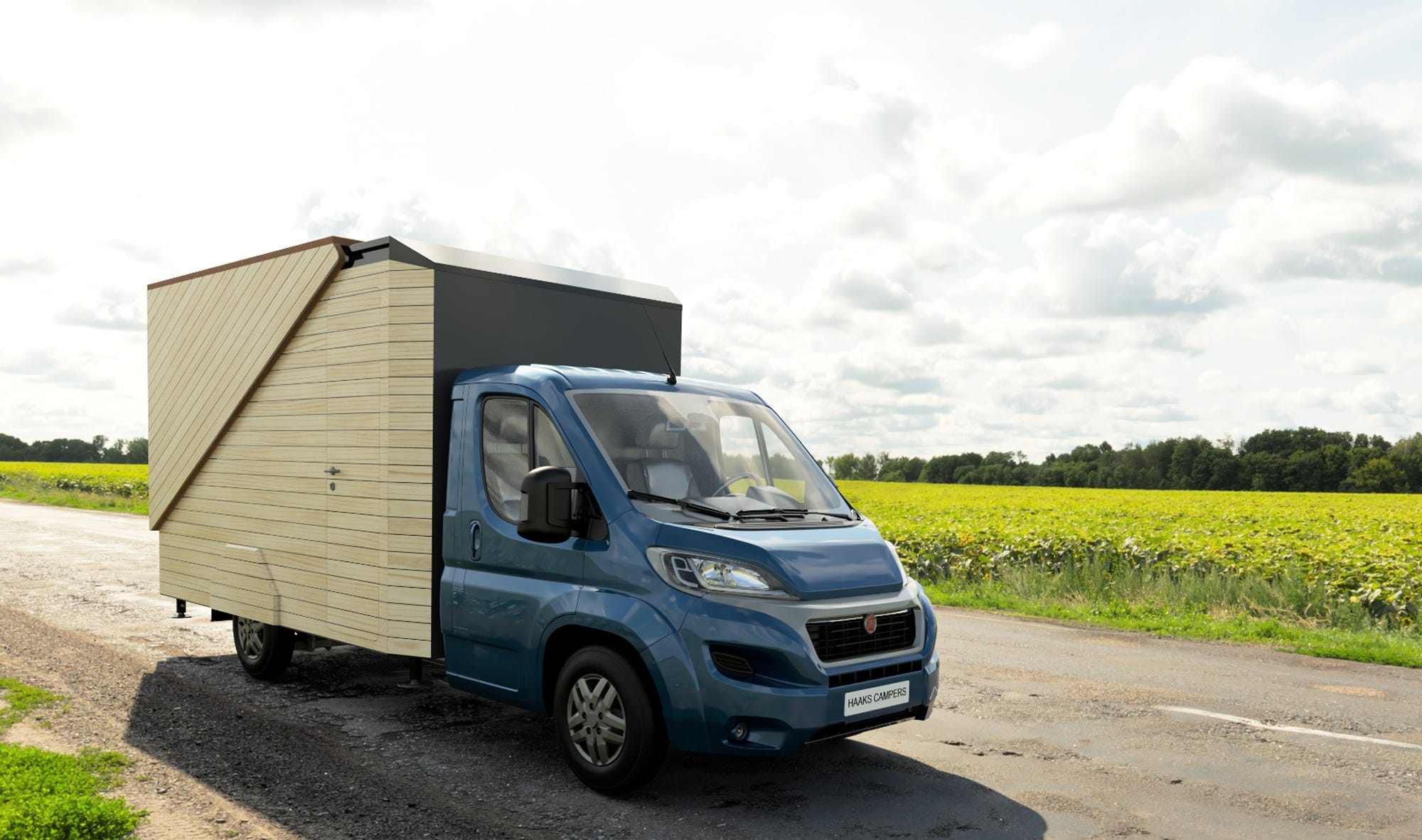 The camper also has a bathroom with a toilet and shower, a seating area, and interior and exterior storage spaces. 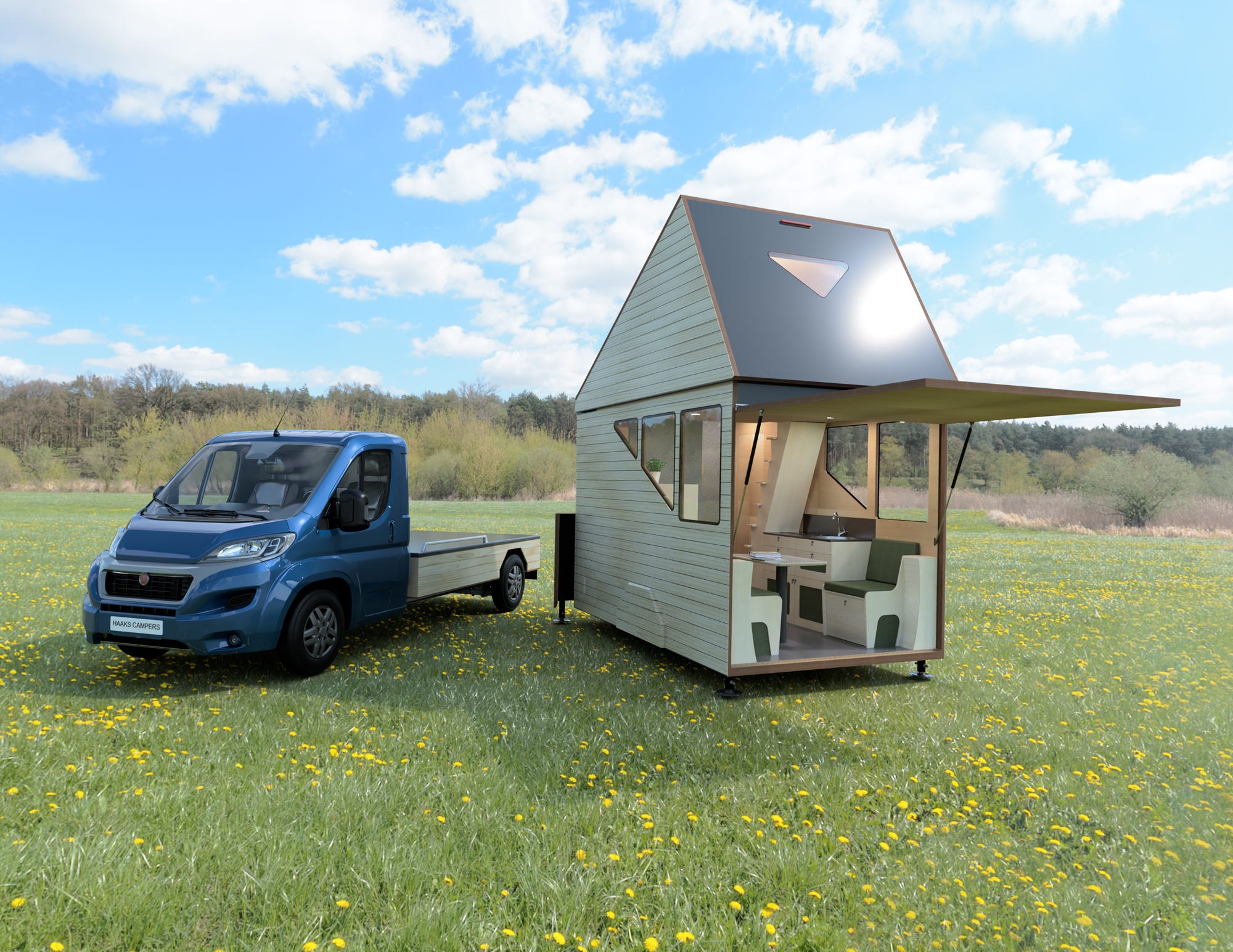 There is also an inverter, a water heater, and 45-litre fresh and wastewater tanks aboard the camper. 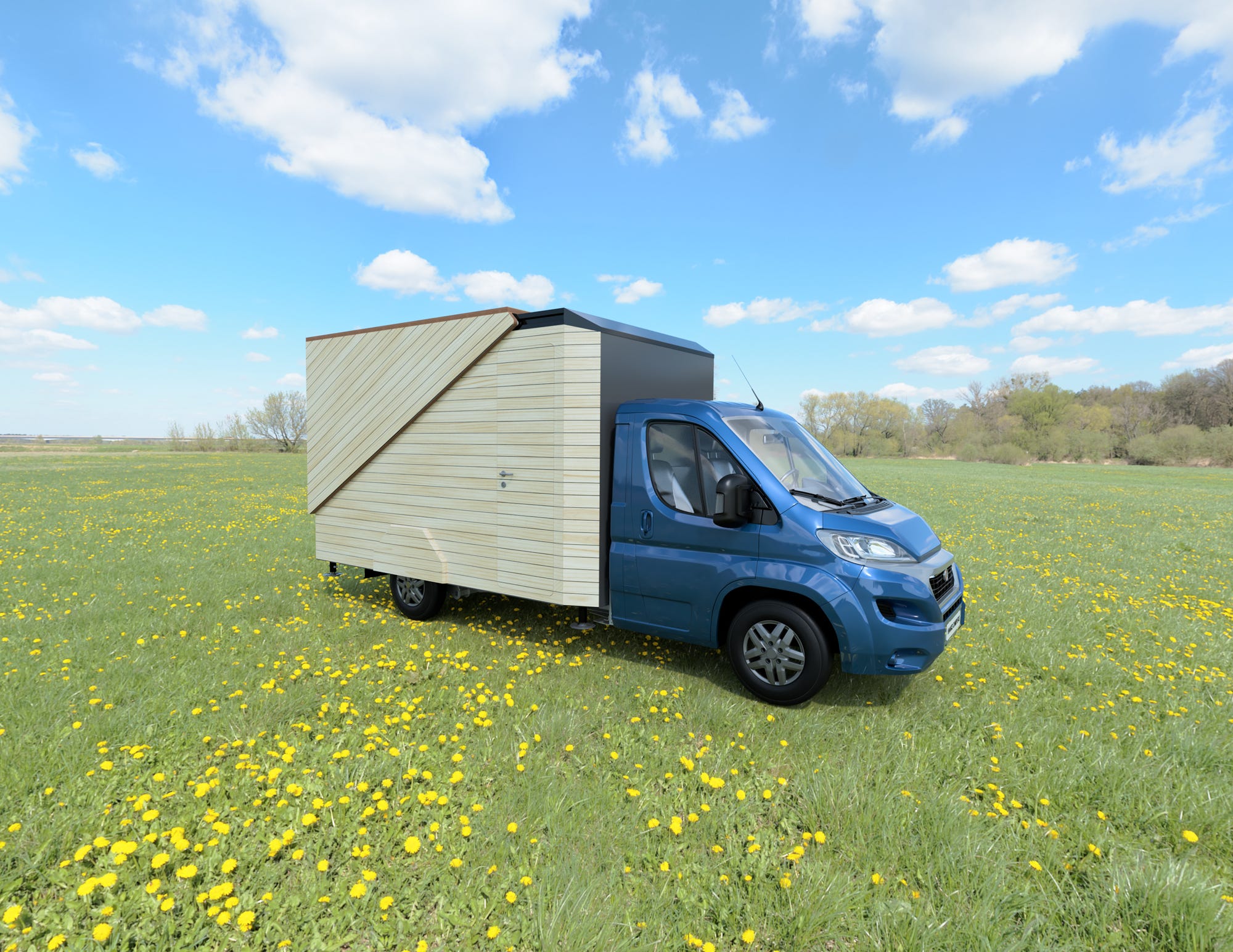 In line with the “freedom” theme, the Opperland was designed to allow people to have more of a connection with the outdoors, according to Haaks. 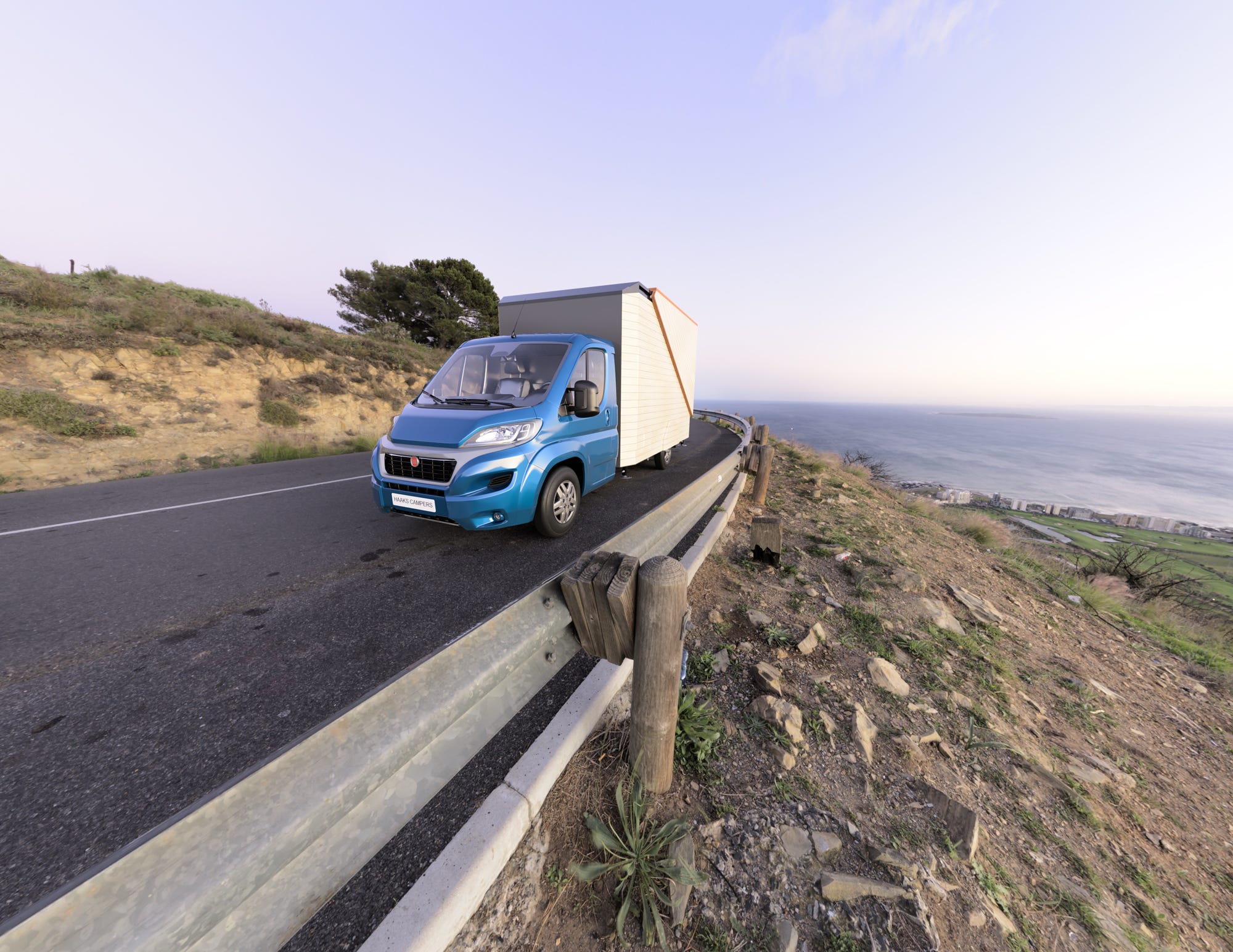 For example, the camper has large windows that bring in plenty of natural light and views of its surroundings. 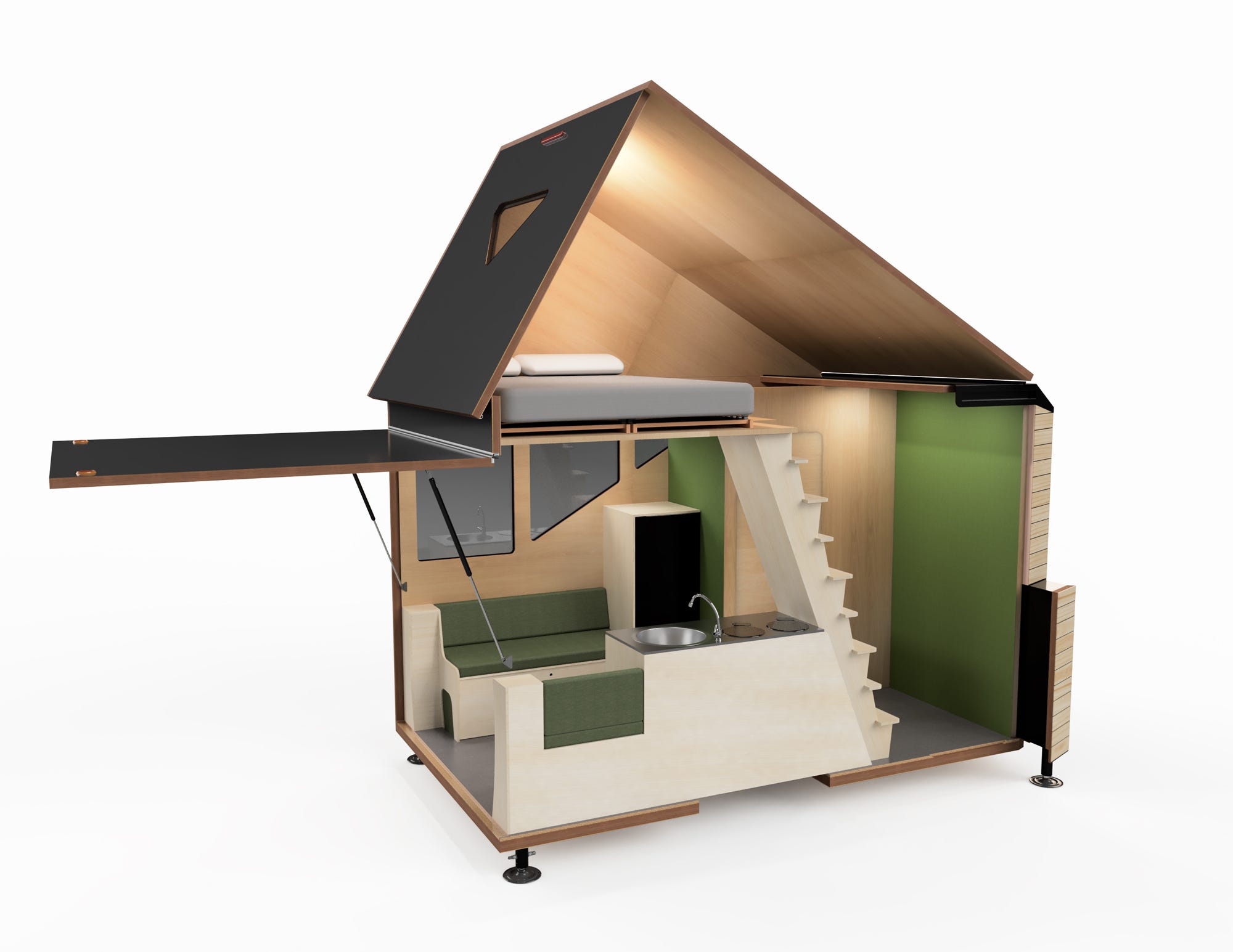 A wall on the lower level can also pop up, creating an open living room that connects the indoors to the outdoors. 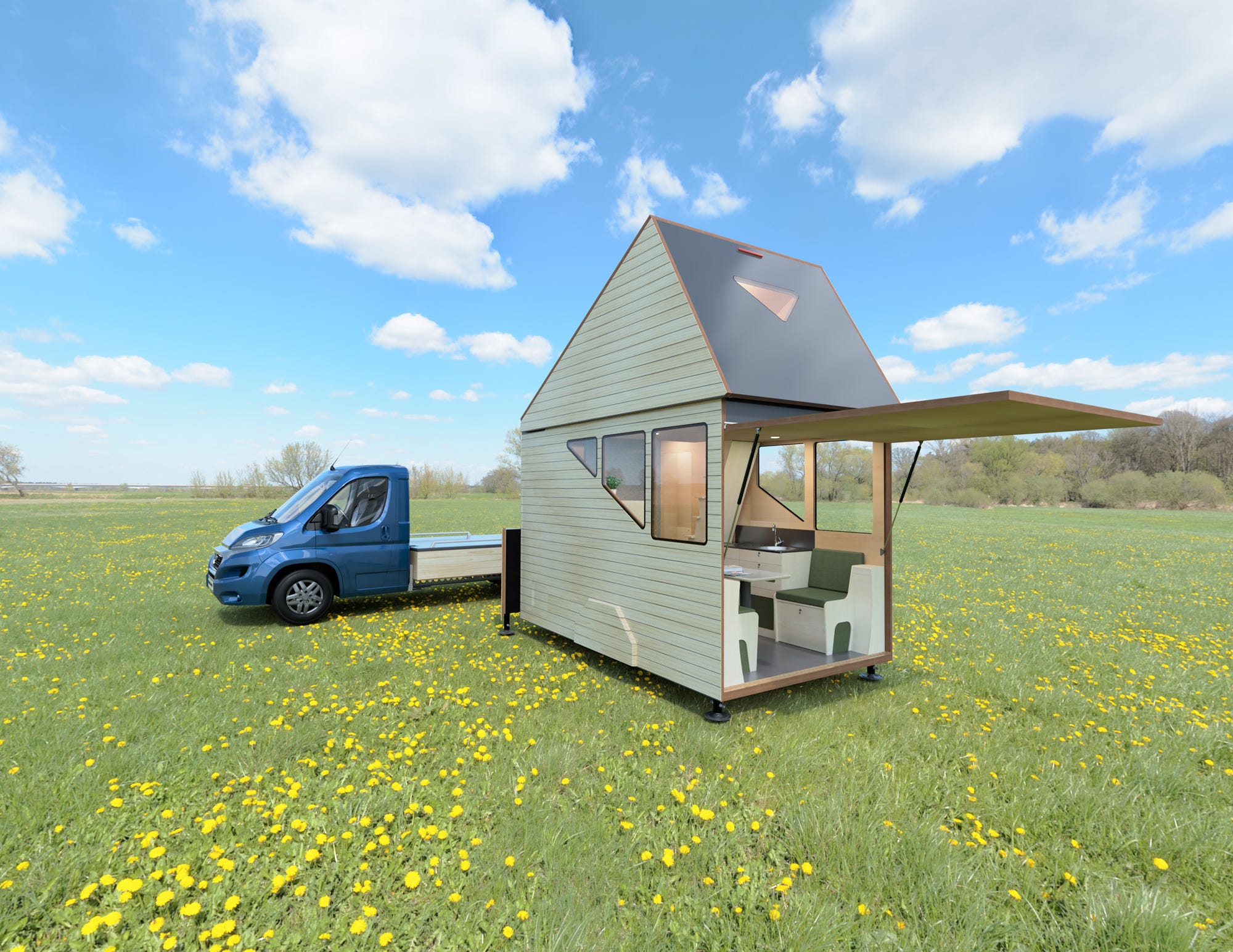 The upper level expands into a bedroom, allowing for a more spacious living area on the lower level. 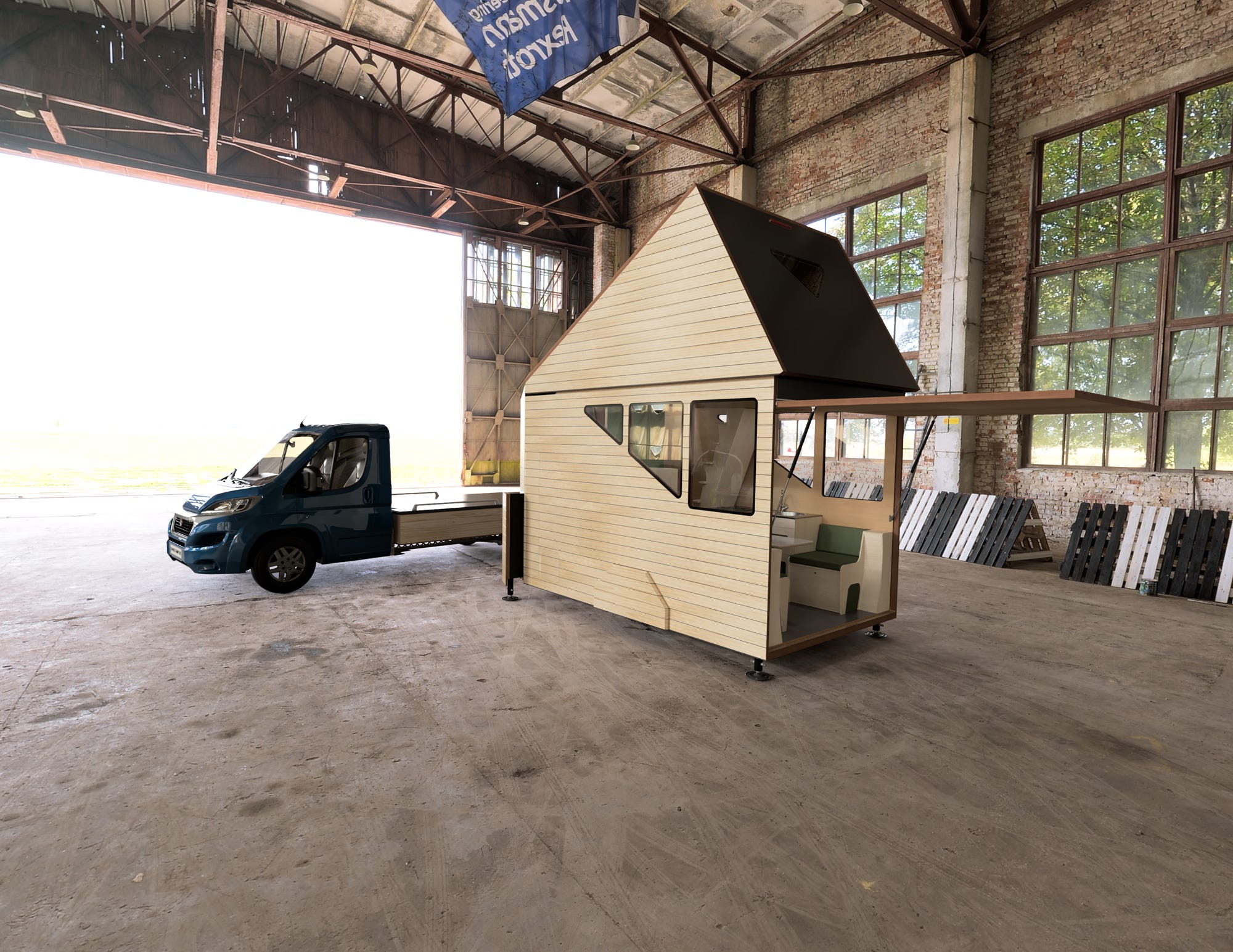 The upstairs bedroom can be accessed via the camper’s “goose-step” staircase. 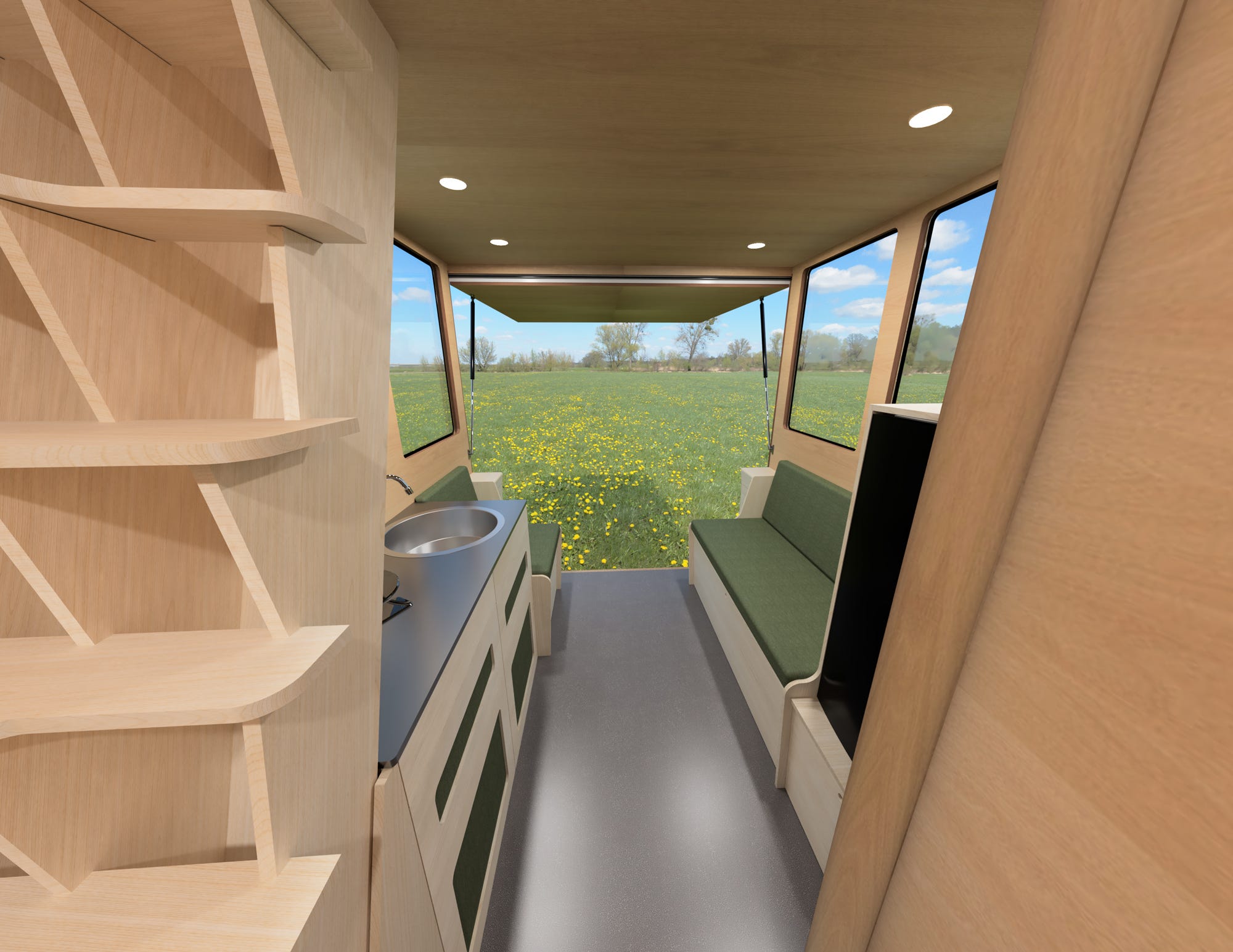 The bedroom has a 5.9-foot by 6.6-foot bed topped with a foam mattress. 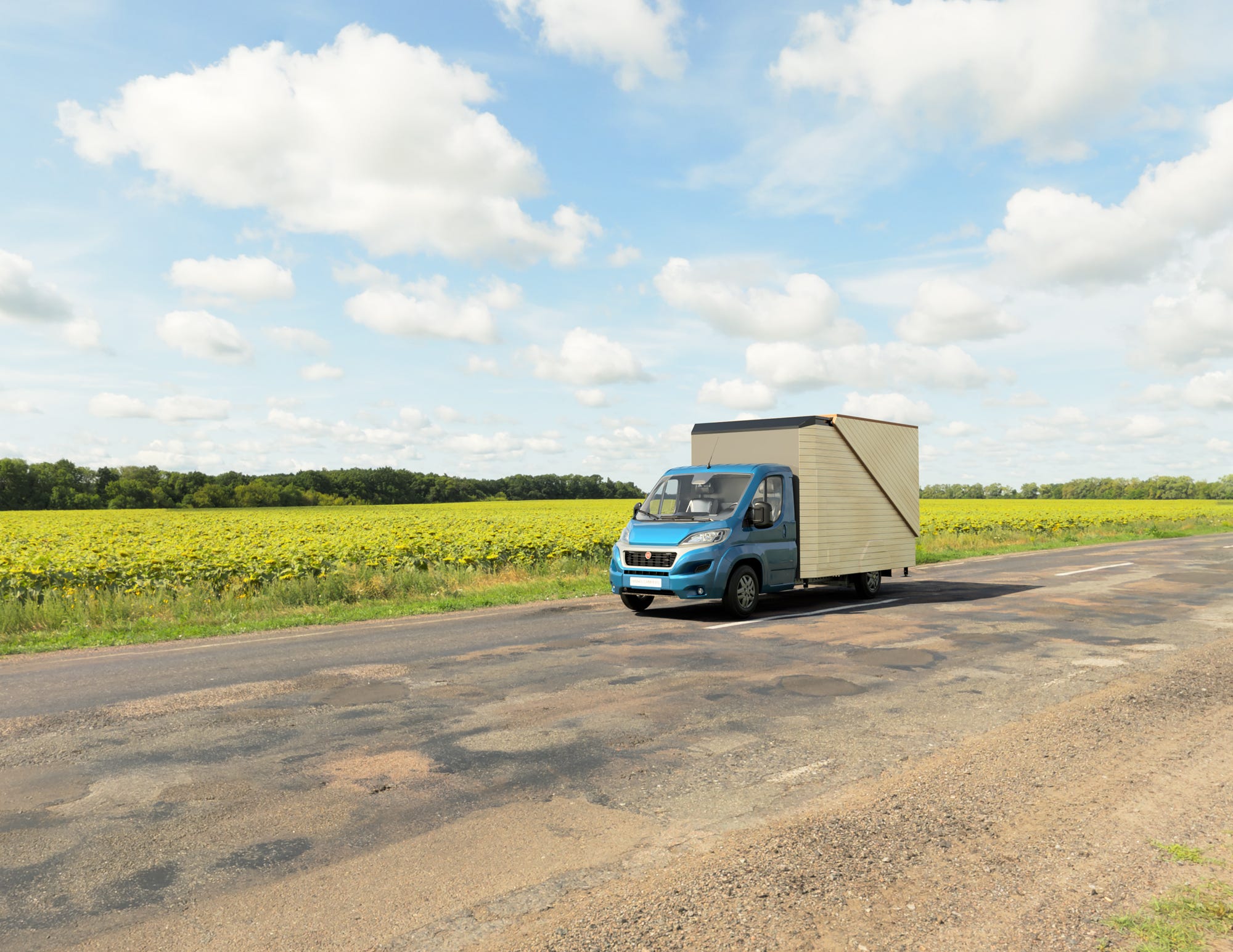 The camper’s layout can be modified according to the customer’s needs and visions. 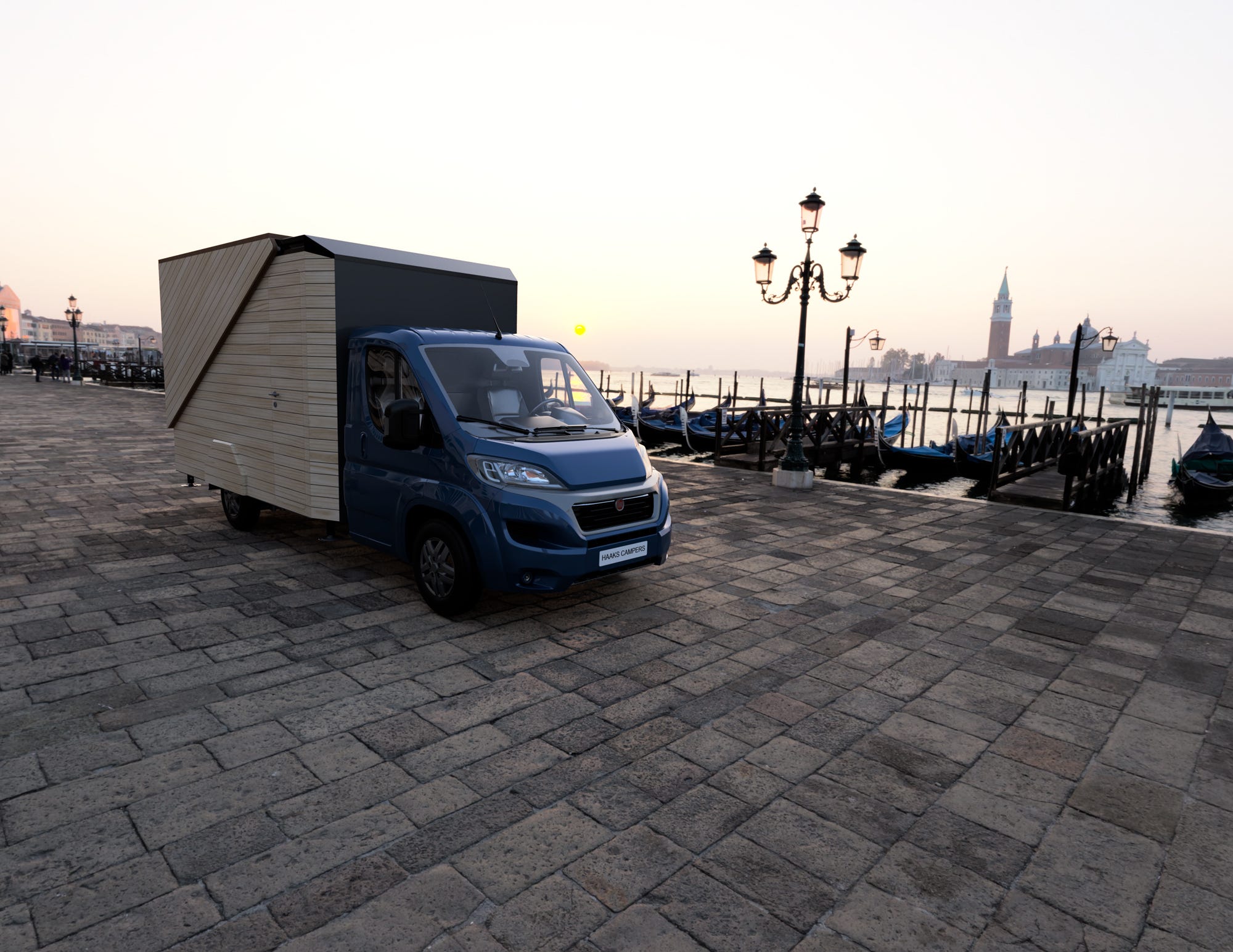 The production of the campers is controlled by a computer … 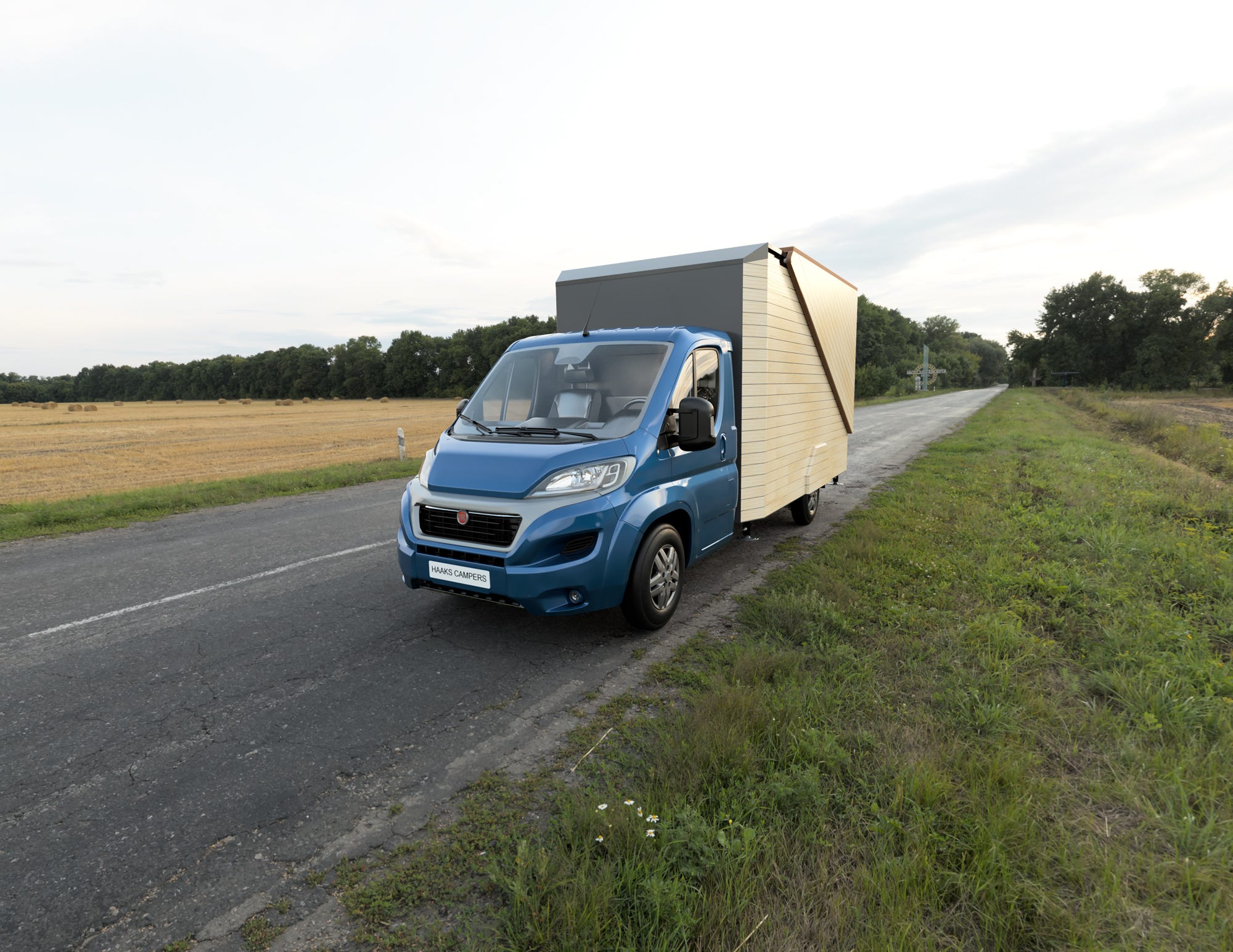 … while the assembly of the camper is done through a process that emphasises quality and precision, according to Haaks. 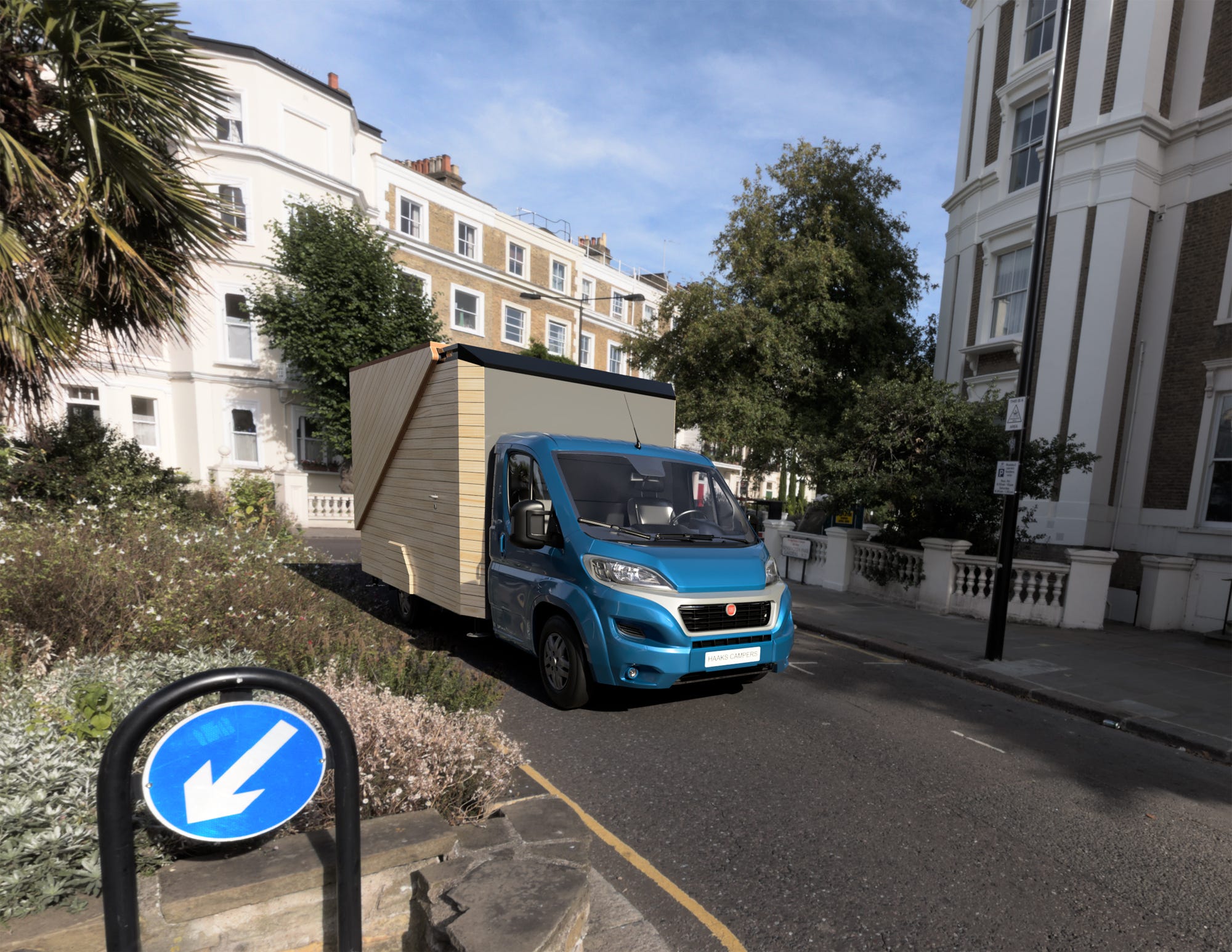 The camper portion can be removed from the Fiat Ducato to stand independently with its own expandable support legs. 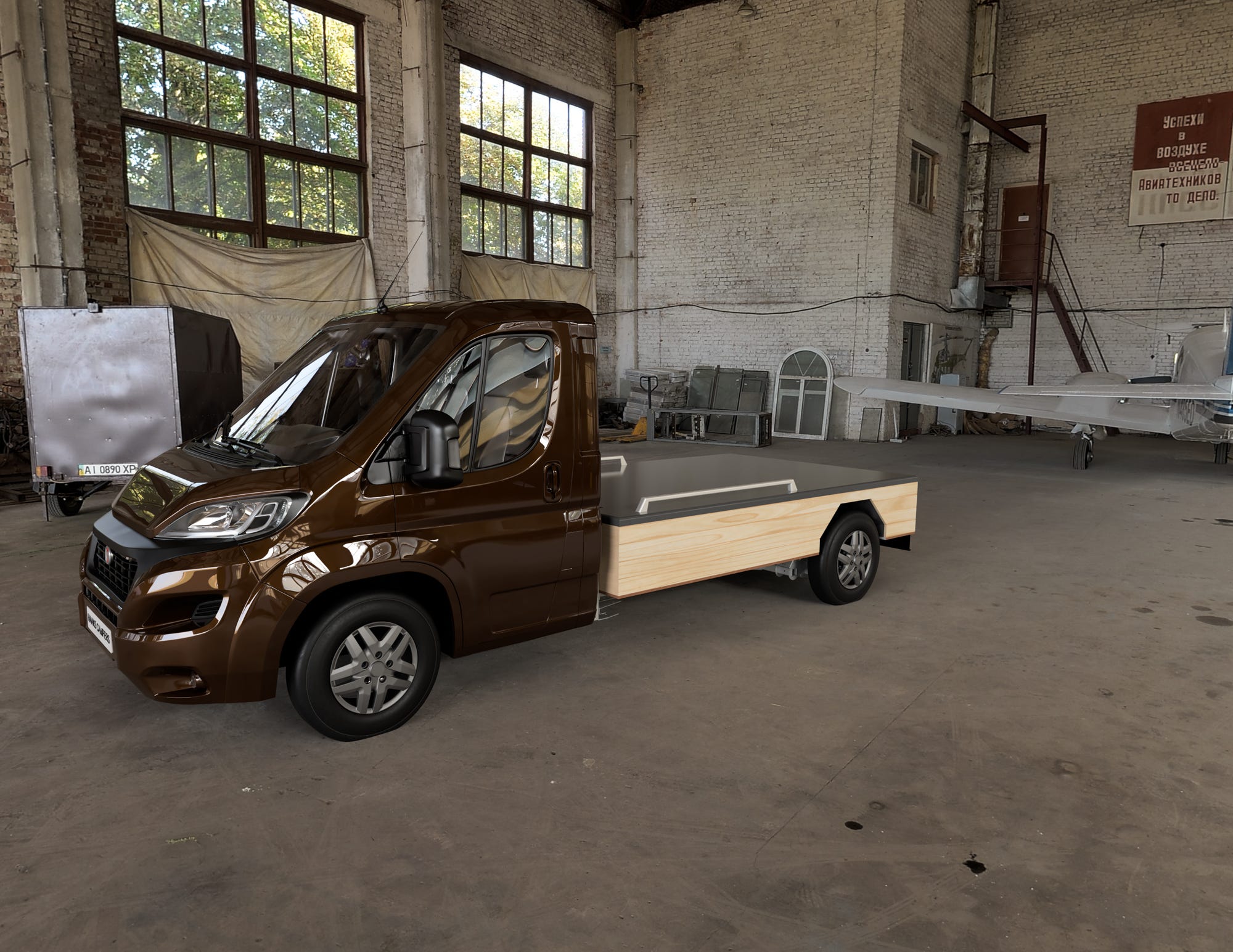 This allows the camper to be used separately from the van. 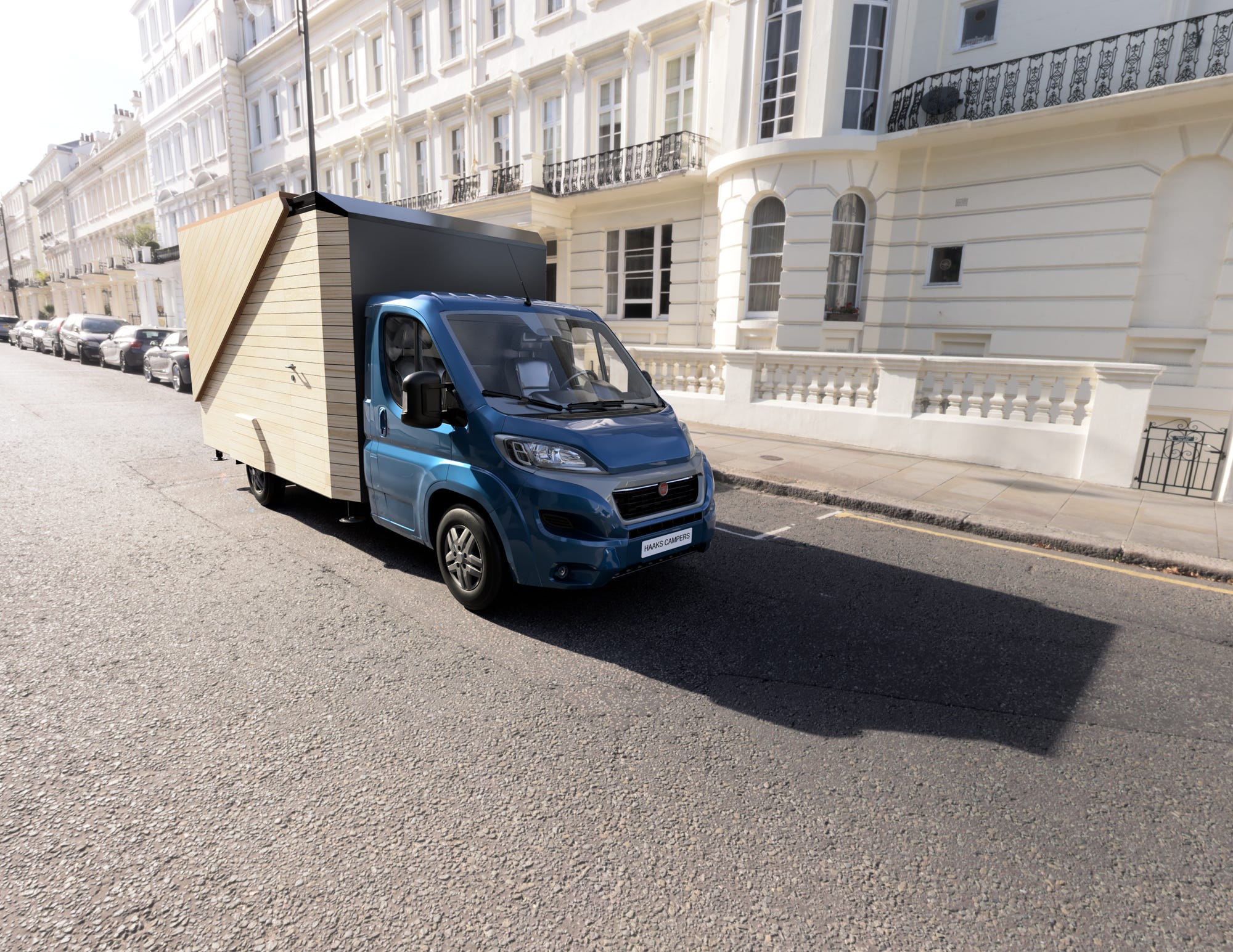