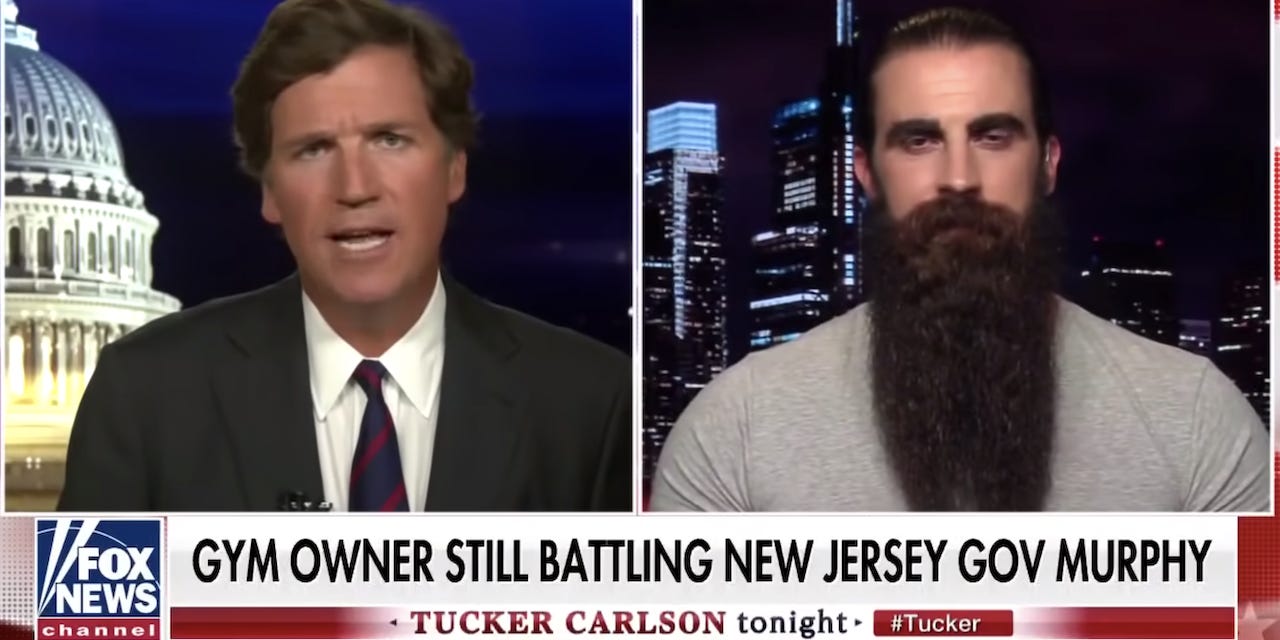 A New Jersey gym, the owners of which were arrested last year for refusing to abide by the state’s pandemic-related orders, is now offering free memberships to individuals who refuse to take a COVID-19 vaccine.

The owners of Atilis Gym in Bellmawr were arrested and fined last summer after keeping their indoor gym open for months in violation of the governor’s shutdown order. They have appeared on Fox almost 20 times since the pandemic began, liberal watchdog group Media Matters reported.

Atilis co-owner Ian Smith announced earlier this week that his gym would incentivize people to reject the vaccines after the donut chain Krispy Kreme announced it’s offering free donuts to customers who receive a COVID-19 vaccine.

“In light of @krispykreme giving free donuts for receiving the CVD shot, here at @TheAtilisGym we are giving out free memberships to all who don’t get vaccinated,” Smith tweeted on Tuesday.

Fox News closely covered the gym’s efforts to defy state laws and several of the network’s hosts heaped praise on Smith and co-owner, Frank Trumbetti. When Smith called New Jersey Gov. Phil Murphy a “tyrant” who “run[s] off of fear,” Fox host Tucker Carlson called it “the most moving thing I have heard in a long time” and called Smith “a brave man.”

During an August interview on “Fox & Friends,” Trumbetti promoted a baseless conspiracy theory that government officials wanted to shut down gyms and health clubs so that Americans would become less healthy and be more vulnerable to the virus.

At the end of that segment, host Brian Kilmeade thanked the two men for “fighting for so many other people.”

A spokesperson for Fox News did not immediately respond to Insider’s request for comment.