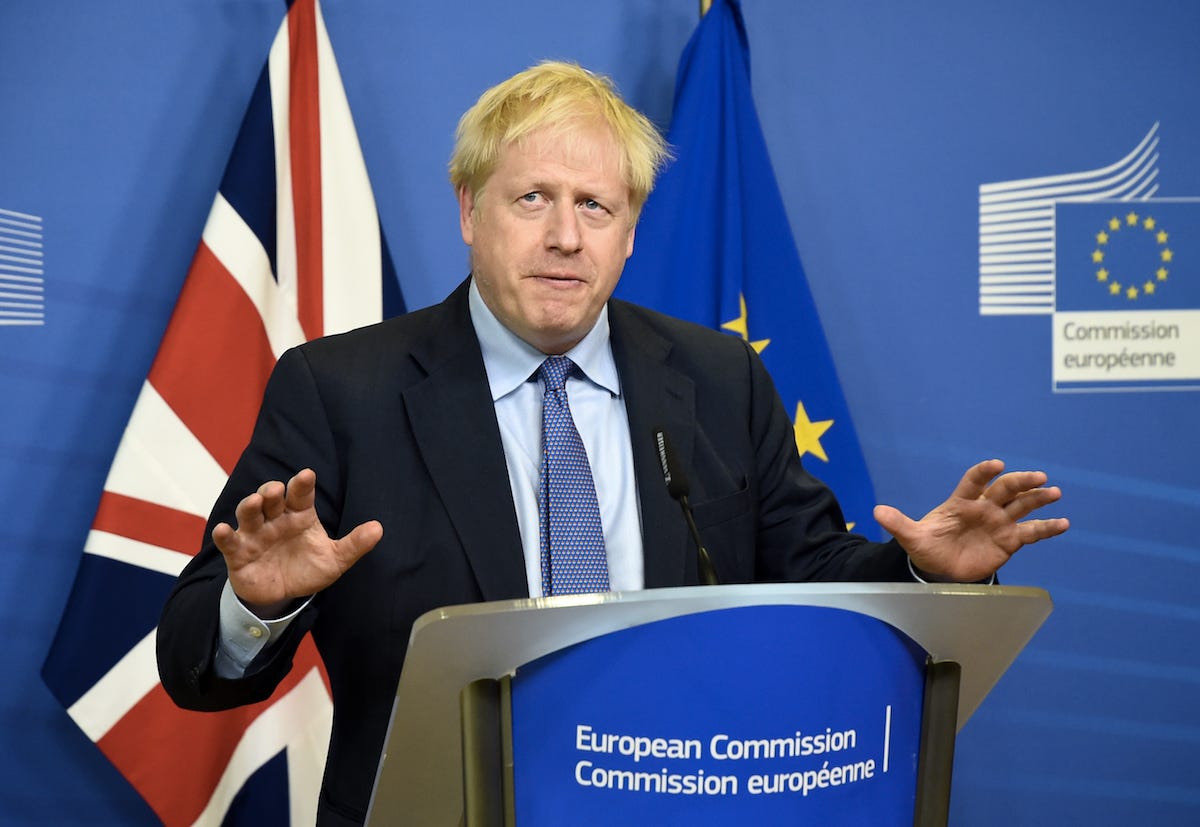 Pier Marco Tacca/Getty Images)Boris Johnson has hinted that he nearly died of coronavirus: ‘It could have gone either way,’ he said in April.

An NHS Trust hospital that treated Prime Minister Boris Johnson in intensive care for coronavirus in April has dangerous Grenfell Tower-style cladding on one of its buildings, hospital officials confirmed to Insider.

A spokesman for the Guy’s and St Thomas’ NHS Foundation Trust told Insider that it still had aluminium composite (ACM) panels on its cancer centre in London Bridge. The panels failed fire safety checks after the Grenfell fire.

The Grenfell Tower inquiry found that ACM, combined with plastic foam insulation, caused the fire to accelerate through multiple floors to the building, trapping and killing 72 people in 2017.

The report from Phase 1 of the inquiry stated: “The principal reason why the flames spread so rapidly up, down and around the building was the presence of the aluminium composite material (ACM) rainscreen panels with polyethylene cores, which acted as a source of fuel.

The principal mechanism for the spread of the fire horizontally and downwards was the melting and dripping of burning polyethylene from the crown and from the spandrel and column panels, which ignited fires lower down the building. Those fires then travelled back up the building, thereby allowing the flame front to progress diagonally across each face of the tower.”

The government then ordered all large buildings to check whether their structure contained similar material to that at Grenfell.The NHS manages more than 3,000 buildings nationally.

Critical care units treating coronavirus patients are especially vulnerable to fires due to the copious amounts of oxygen used in treatment. COVID-19 patients are often sedated while receiving oxygen, making them difficult to evacuate in the event of a fire.

Another NHS hospital, in Lewisham, caught fire on July 26 this year.

Since May 2020, at least 26 patients and hospital staff in COVID-19 units have died in hospital fires around the world. Eight COVID-19 patients died in a fire in a hospital in India just a week ago. Another 11 died in a fire at a different COVID-19 treatment facility in India on Aug 9. A further six people died in two separate blazes at Russian hospitals in St. Petersburg and Moscow.

The cancer centre at Guy’s failed a combustibility test that the hospital was instructed to carry out after Grenfell three years ago, the spokesman said.

In a statement on its website, the Trust said that its initial investigation into whether there was ACM cladding at Guy’s only looked at Guy’s Tower and did not find concerning cladding there. But further “more detailed checks” on its buildings identified rainscreen panels, which protect a building from rain, that it suspected had ACM. “It was post the Grenfell Tower fire when everyone was having to inspect their buildings. That was when it was found to be a problem,” Senior Media Manager Matthew Barker told Insider.

ACM was found to constitute 15% of the surface structure of the Cancer Centre, according to a person familiar with the matter. 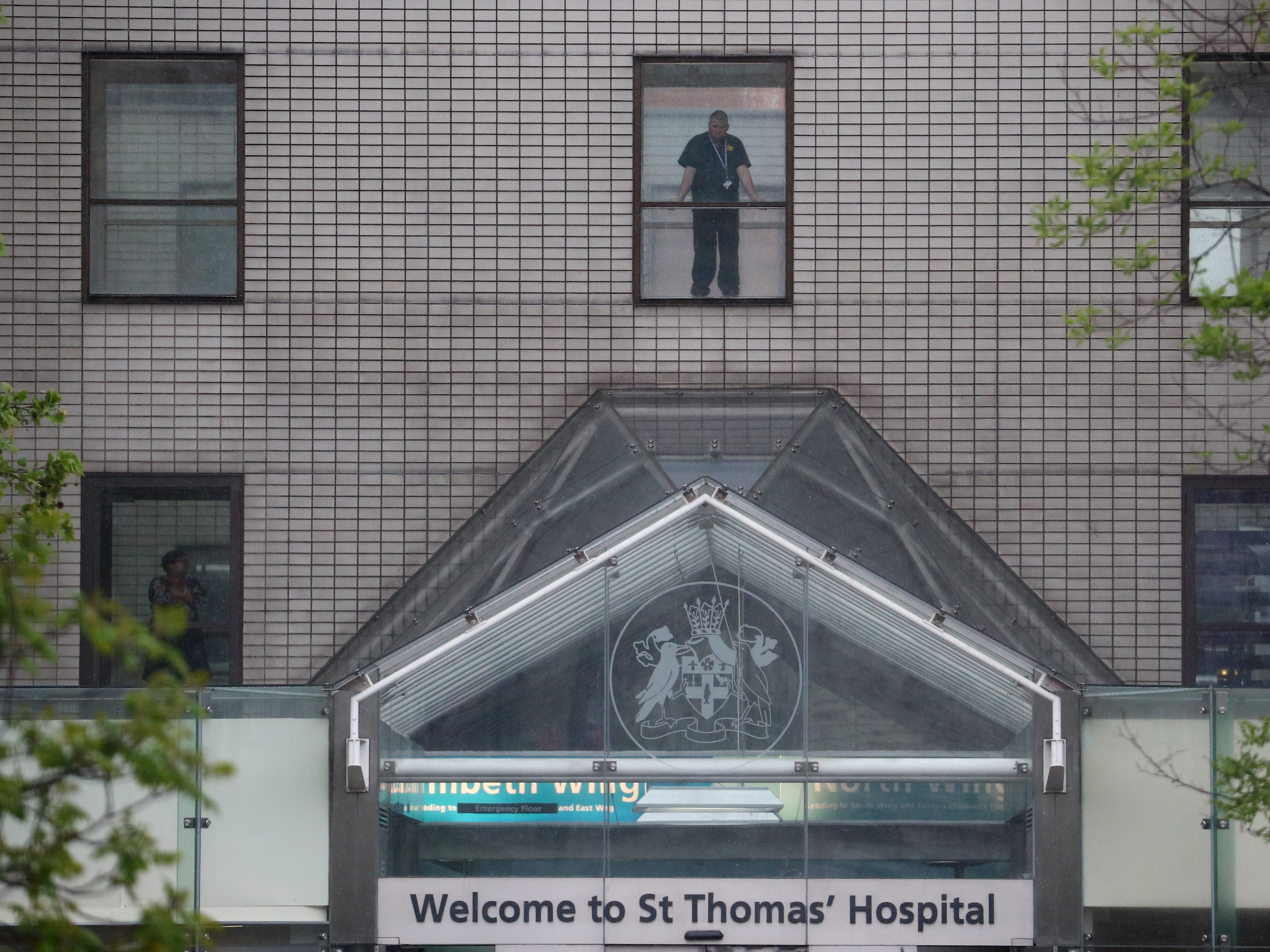 Boris Johnson was treated in an intensive care unit about a mile down the road at St Thomas’, the sister hospital to Guy’s in the same NHS trust.

The trust treats coronavirus patients at both its Guy’s and St. Thomas’ locations, at London Bridge and Waterloo, respectively.

Insider reported last month that six hospitals still had dangerous cladding and insulation that was identified after Grenfell Tower, according to data from the Ministry of Housing. Barker said he believed that Guy’s “must be” on the Ministry of Housing’s list of six hospitals that haven’t removed dangerous cladding. The Grenfell fire occurred just a year after the state-of-the-art cancer centre was built. The ministry did not respond to a request for confirmation that Guy’s was on the list by the time of publication.

Guy’s officials told Insider that the hospital now has a plan to remove the cladding and that funding to do so has been confirmed. They did not specify when the funding was given the green light.

When a seventh hospital, King’s College Hospital, shut a critical care unit in July after an inspection – and questions from Insider – highlighted Grenfell-related fire risks, it transferred Coronavirus patients to Guy’s and St Thomas’.

“Some patients were transferred to GSTT,” the spokesman for King’s said in an email dated July 28.