In Fayetteville, North Carolina, the birthplace of George Floyd, police faced off with protesters on the night of May 30.

Across town, a wave of looters easily stole dozens of firearms, whisking them off the shelves of a sporting goods store, as seen in surveillance video obtained by Business Insider. On his way out, one looter could be seen circling back to pilfer an American flag.

Fayetteville was not alone. While militarised police forces squared off with mostly peaceful protesters across America that week, more than 1,000 guns were stolen from gun stores, an unseen crime with serious repercussions for community safety.

The night that six Atlanta police officers in riot gear used stun guns to drag two college students from their cars, 50 guns were stolen from a gun store in town. In Dallas, police hauled three women who were peacefully protesting to jail, and burglars stole 40 guns in 80 seconds, the Bureau of Alcohol, Tobacco and Firearms says. In Albuquerque, New Mexico, that weekend, police clashed with protesters, while 153 firearms were stolen from a gun store.

Atlanta officials declined to comment. Officials in Fayetteville, Dallas, and New Mexico did not respond to requests for comment.

The gun thefts were not related to the protests, the ATF said in Albuquerque and Dallas, but “exploited” them. ATF spokeswoman April Langwell said “there were thefts away from the rioting. Those responsible could have been taking advantage of the opportunity.”

Americans saw the police standoffs with protesters on their televisions and social media feeds. They did not see 1,039 firearms being stolen across the country in four days – nearly a quarter as many as were stolen in all of 2019.

“That spike was huge,” Thomas Chittum, ATF assistant director of field operations, told Business Insider. “This was on 100 different fronts.”

The ATF, which provided Business Insider with gun theft records and videos, says the gun store robberies were largely unreported in the media, except for a few articles.

But the agency expects the stolen guns will be used in violent crimes in each of those communities in the future. By definition, every stolen gun is in the hands of a criminal, the ATF points out.

From January 2010 until December 2015, 9,736 guns that the ATF traced had been reported stolen or lost from gun stores.

In 2018, a man was shot dead in Anchorage, Alaska, with a gun stolen from a store days earlier. In Memphis, Tennessee, 21 firearms stolen from gun stores were linked to homicides, including one of a 16-year-old boy, The Commercial Appeal newspaper found in a 2017 investigation.

Gun store burglaries are not comparable to the looting of other retail stores, the ATF says.

“Most of the stolen guns end up being used in crimes locally,” Chittum said. “Unlike the theft of a TV or jewellery, these crimes have a lingering impact on communities.”

As the Black Lives Matter movement raises questions about policing, some analysts say departments need to shift their priorities from military approaches like confronting protesters to addressing needs that positively impact communities.

“Issues around these thefts from gun stores don’t get attention,” Chelsea Parsons of the liberal think tank The Centre for American Progress told Business Insider. “One of the core issues that is being raised by many of the protests is how are the decisions being made about where law enforcement resources are being directed.”

Those resources have largely been directed toward militarizing the police, and away from securing gun stores, records show.

The ATF, tasked with overseeing 400 million guns in America, is the smallest law enforcement component in the Department of Justice. The division’s 2020 budget of $US1.4 billion is paltry in the overall department budget of $US29 billion.

Due to limited resources, the ATF is only able to inspect about one-fifth of firearms sellers a year, records show. The Centre for American Progress and Giffords Law Centre to Prevent Gun Violence say there must be better inspection, oversight, and regulation of gun dealers.

Compare that to the $US6.8 billion in military weaponry the Department of Defence has poured into local law enforcement in the last 17 years under its 1033 Program that allocates weapons to police.

In cities and towns throughout the US, that can result in local agencies bulging with military weapons in ways critics say are unnecessary. In Cumberland County, the birthplace of Floyd where looters swarmed the sporting goods store, the Alcohol Beverage Control agency obtained five rifles and infrared sniper sights from the military, Raleigh’s ABC-11 news found.

The militarization of America’s police isn’t working, some researchers say. A 2018 study showed “militarised ‘special weapons and tactics’ (SWAT) teams are more often deployed in communities of colour, and – contrary to claims by police administrators – provide no detectable benefits in terms of officer safety or violent crime reduction, on average.”

Meanwhile, the ATF – which is responsible for investigating terrorism, organised crime, and arson in addition to the illegal use of firearms – “has been starved for resources for many years,” Parsons said.

The agency says it will ultimately retrieve many of the guns stolen in Atlanta and other cities, once criminals use and abandon them.

“A lot of these will be recovered at local crime scenes,” Chittum said. 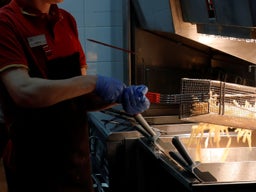 3 new complaints from McDonald’s workers accuse the company of a... 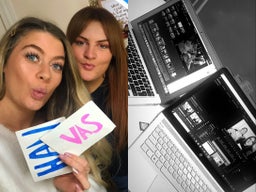