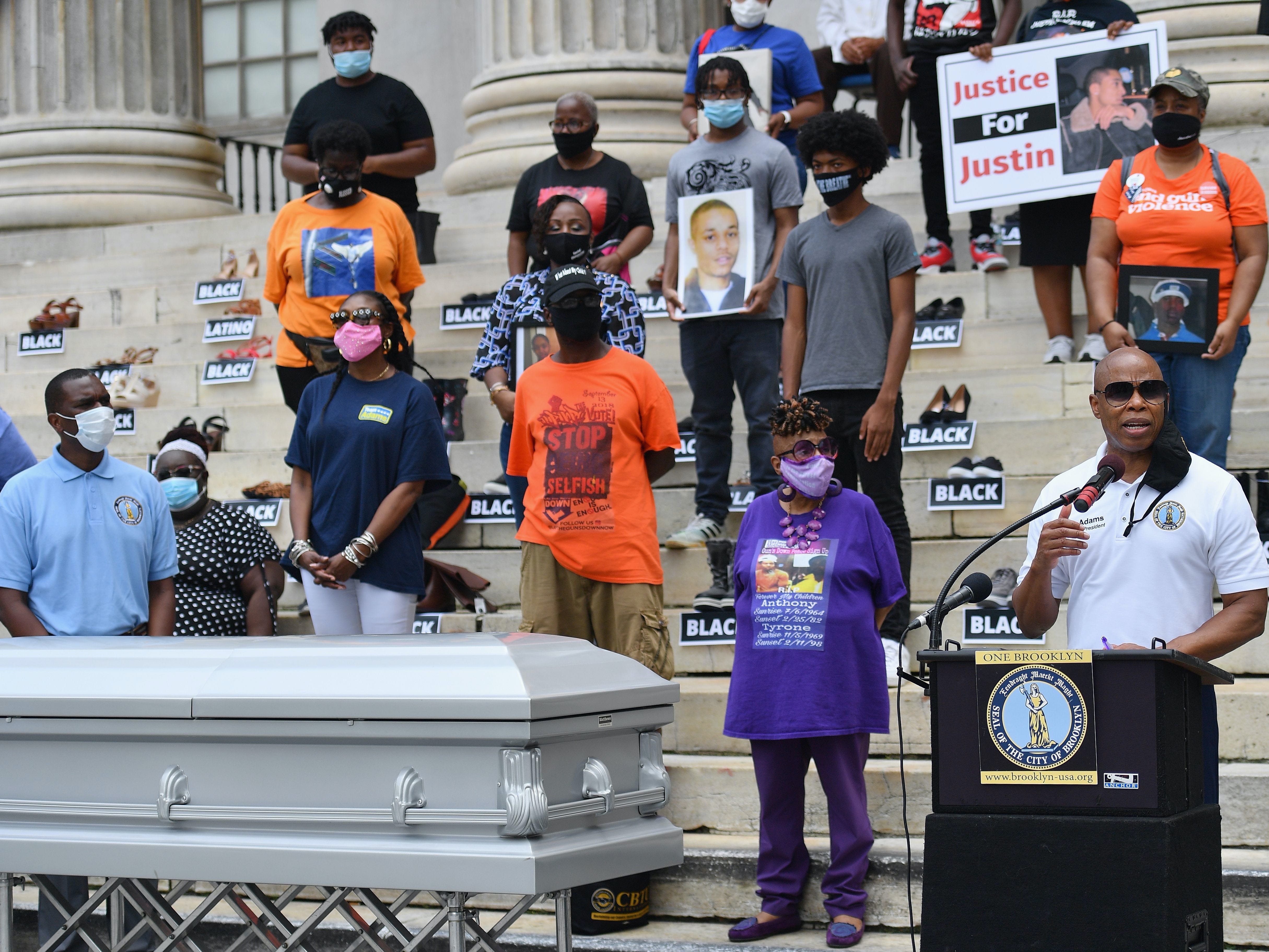 ANGELA WEISS/AFP via Getty ImagesBrooklyn borough President Eric Adams speaks during a vigil honouring recent victims of shootings in New York, with mothers who have lost children to gun violence and anti-violence advocates on July 8, 2020 at Borough Hall in New York.

Gun violence in New York City has spiked compared to the same time last year, with multiple shootings over the weekend.

According to Fox News, the NYPD reported 35 people were shot in 28 separate shootings between Friday and Sunday. Around this same time period last year, there were only “five shootings and six victims.”

In the midst of the shootings over the weekend, a 1-year-old was killed outside near Raymond Bush Playground in Brooklyn on Sunday, ABC7NY reported.

“To wake up this morning and learn that a one-year-old child was killed on the streets of our city by gunfire is just so painful,” de Blasio said.

Davell Gardner, Jr. was just starting his life. It was full of possibility.

Gun violence is a national tragedy. We cannot allow it to happen on our streets and to our children. https://t.co/mGTFSu5O7B

The spike in shootings throughout the city continued after the weekend.

Five people were shot in Brooklyn on Monday evening, The New York Times reported. The three drive-by shootings occurred within 20 minutes. The shootings began on Remsen Avenue between Avenue M and N in Canarsie.

The shootings also included a 23-year-old woman who was shot four times in the chest. Minutes later, three 19-year-old men were shot about a half-mile away. Within the following two minutes, an 18- year-old was shot in the back while riding a scooter at Flatlands Fourth Street and East 108th Street.

In a press conference Monday night, NYPD’s chief of detectives Rodney Harrison said all victims are expected to survive.