Guitar Centre, the largest retailer for musical instruments in the US, has filed for bankruptcy 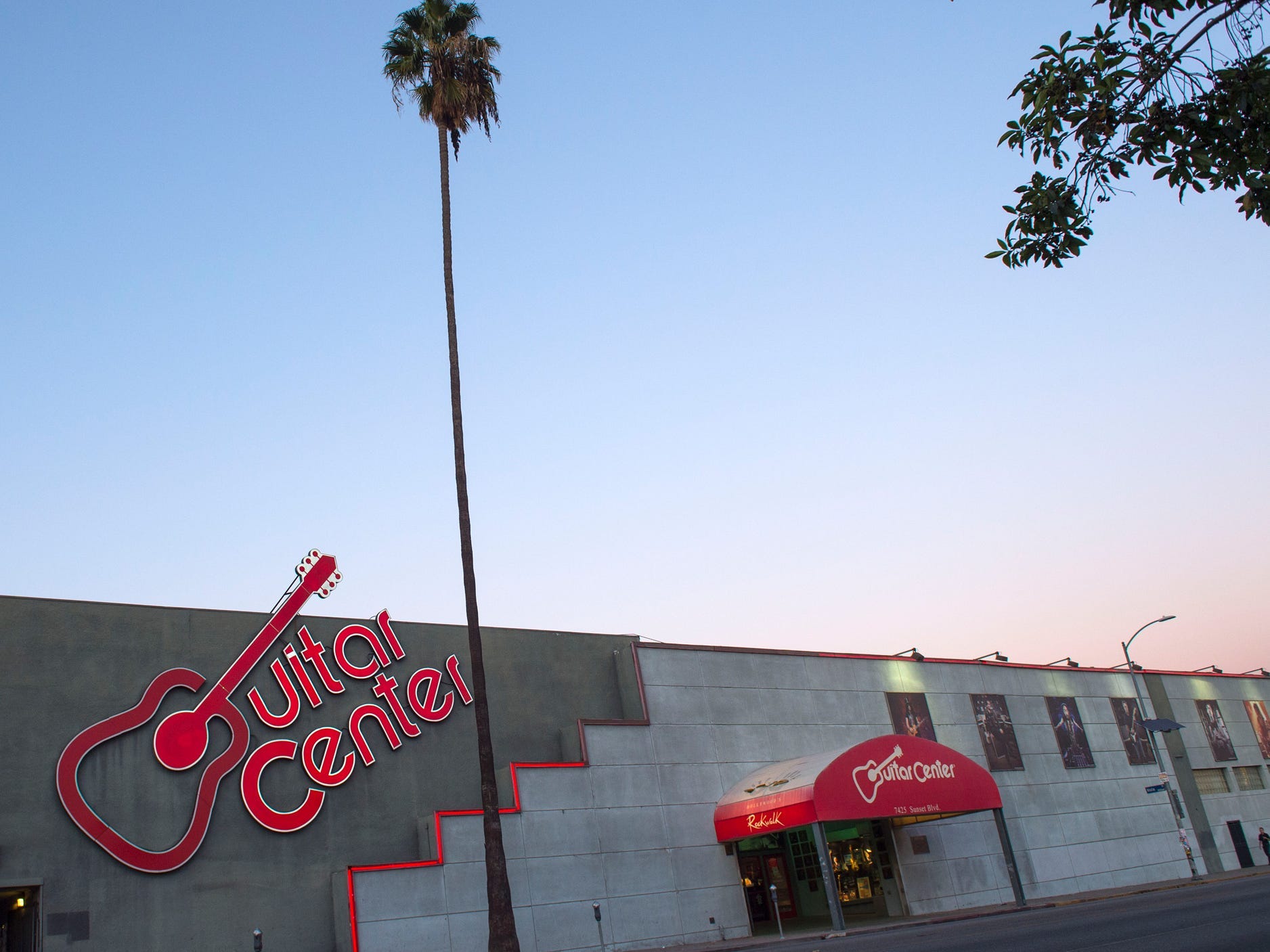 Valerie Macon/AFP via Getty ImagesView of a Guitar Centre store in Hollywood, California.

Guitar Centre, the largest retailer for musical instruments in the US, is the latest company to file for bankruptcy in the wake of the coronavirus pandemic.

The retailer announced Saturday it had filed for Chapter 11 bankruptcy protection “to significantly reduce our debt and enhance our ability to reinvest in our business.” Guitar Centre aims to emerge from bankruptcy before the end of the year, the company said.

The possibility of Guitar Centre’s bankruptcy filing was first reported in October by Bloomberg.

According to the company’s bankruptcy filings, Guitar Centre has been forced to seek protection in part due to “the economic upheaval created by the persistence of the Covid-19 pandemic.” The company also faces a “significant debt burden” standing at roughly $US1.3 billion in debt, the New York Times reports.

Guitar Centre is one of the retailers hit hard by the coronavirus pandemic: The retailer told the New York Times in March it had closed 75% of its stores during nationwide lockdowns. Social-distancing efforts and stay-at-home measures have forced storefronts across the US not deemed essential businesses to temporarily close.

With nearly 300 storefronts across the US, Guitar Centre heavily relies on in-person sales to stay afloat. Although the company has an online store for purchasing musical instruments, it’s been forced to offer alternatives â€” like virtual music lessons â€” during the pandemic to try to reverse its economic downturn.

According to its bankruptcy filing, Guitar Centre said it had secured $US165 million in new equity investments, and intends to reduce its debt by $US800 million. The company will continue to pay its employees and operate its storefronts as normal during the Chapter 11 process, Guitar Centre said.

Guitar Centre is not the only retailer to have to file for bankruptcy during the pandemic. Both Century 21 and Lord & Taylor filed for bankruptcy this year, and made the decision to go out of business and close their storefronts. Other retailers like Muji, Brooks Brothers, JCPenney, and Pier 1 have also filed for bankruptcy in recent months.