The links between bloodshed in Mexico and US drug consumption are extensive. For Mexico’s most violent state, Guerrero, surging heroin use in the US has fed a cycle of violence that has killed and harmed thousands.

Heroin use in the US has increased for men and women of all age groups and all income levels, with the number of users nearly doubling between 2007 and 2013.

Over that same five-year period in Guerrero, “the heroin trade has become extremely lucrative,” according to Mexican security analyst and El Daily Post editor Alejandro Hope.

‘A huge rise in Mexico-produced heroin’

While there is no precise data about how heroin production in Mexico has changed in recent years, evidence suggests the drug’s cultivation, and competition between gangs over it, has risen in Mexico, and in Guerrero in particular.

“For the most part we’re seeing a huge rise in Mexico-produced heroin in the US to the point where we think it’s eclipsed Colombia,” said DEA spokesman Rusty Payne in a February 2015 interview with Insight Crime.

“These criminals are businessmen,” Payne said, and “… when they see the skyrocketing demand for heroin in the US, they’re going to adjust accordingly.”

In Guerrero, “farmers are increasingly opting to grow poppies, cloaking remote mountainsides in the robust crop to eke out a living … where, as far as most are concerned, the government barely exists,” The New York Times reported in August 2015.

People in Guerrero “can’t stop planting poppies as long as there is demand, and the government doesn’t provide any help,” a local official told the AP in February last year. Farmers said “the small plastic-wrapped bricks of gummy opium paste are the only thing that will guarantee them a cash income.”

“There is no real order here,” one farmer told The New York Times in August 2015. “We are governed by narcos.”

Farmers in the state told The Los Angeles Times in June 2015 that Mexican marines had destroyed thousands of plants in a raid in May.

The Mexican military seized 60 kilograms (132 pounds) of opium poppies in 2000, according to AFP. That number has only risen, to more than a ton in 2014, based on Defence Ministry figures.

Mexico’s representative to the UN Office on Drugs and Crime, Antonio Mazzitelli, told AFP that Mexico had destroyed 20,000 hectares of poppies between 2014 and 2015, which indicated the area under cultivation had increased.

This conflict has reportedly been stoked by the Sinaloa cartel, which is arguably Mexico’s most powerful criminal organisation and is believed to control most of the heroin trade in Guerrero. (The Sinaloa cartel’s territory in Sinaloa state, farther up Mexico’s west coast, is also a big source of heroin.)

The Sinaloa cartel franchises production to local gangs and lower-level traffickers in Guerrero, according to the AP.

“That kind of decentralised system is a recipe for setting Guerrero’s small, feuding drug gangs … against each other,” the AP added. This competition over a highly lucrative crop has helped drive bloodshed in Guerrero to horrifying levels.

Through September 2015, homicides were up 30% compared to the previous year, according to Hope.

By the end of 2015, the homicide rate in Guerrero reached 56.5 per 100,000 residents, which was four times the national average of 14.07 killings per 100,000 people, according to state-level data gathered by the Mexican government.

The 2,016 violent homicides recorded in 2015 were considerably more than the 1,514 registered in 2014. In the final two months of last year, the 365 homicides that occurred worked out to an average of one every four hours.

“A large part of the violence has taken place in this part of the country … is generated by the production of opium poppies,” Roberto Campa, the deputy interior minister for human rights, told AFP in February.

That spike in deadliness also comes after one of the most notorious crimes in modern Mexican history: The abduction and likely killing in 2014 of 43 students of the Ayotzinapa Rural Teachers’ College by gang members believed to be tied to municipal police and elected officials in Iguala, a city in a northeast corner of the state.

Even the previously idyllic beach resort town of Acapulco has not escaped the violence. Figures released by the Mexican government showed there were 336 homicides in the city during the first five months of 2015 — a 63% increase over the same period in 2014.

Acapulco’s reported homicide rate of 104.73 per 100,000 residents made it the fourth-most-violent city in the world, according to a report released earlier this year by a Mexican think tank.

Violence and conflict over heroin production in Guerrero has grown despite the deployment of Mexican federal forces since 2014. Just as they have been unable to find answers in Ayotzinapa 43 disappearance case, authorities in Guerrero have little power to reduce the carnage.

In the 100 days after Héctor Astudillo, Guerrero’s current governor and a member of President Enrique Peña Nieto’s governing Institutional Revolutionary Party, took office in late October 2015, there were reportedly 734 homicides.

“In Guerrero, police, both state and local, pose little obstacle to organised crime groups,” Adam Isacson, a senior associate at the Washington Office on Latin America (WOLA), told The Daily Beast this month. Some of those criminal groups are even competing for control over those same police forces, Isacson noted.

Moreover, the ongoing violence is unlikely to seriously affect the flow of opium out of Guerrero.

“The cost of violence is relatively low compared to the heroin income stream,” Hope, of El Daily Post, told Business Insider in an email.

“So even a big hike in violence should not fundamentally alter the economics of the trade. Yes, it could bring in more federal troops,” he added, “but so far, that has proven ineffective at suppressing heroin production.”

Caught between drug gangs and often-corrupt police, with little or no support from the government, residents of Guerrero are left with few options.

Cartels and gangs active in drug-trafficking in Guerrero “keep their eye on you,” a local farmer told the Los Angeles Times last summer. “If you produce poppies, then you have to sell it to them,” he said. “They pay you what they want. Everything is under their control.”

“Unless they create other sources of work,” Mario, a farmer in Guerrero, told the LA Times, “I don’t think that poppies will ever disappear here.” 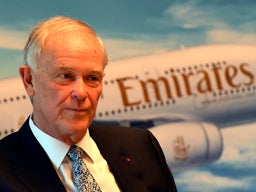