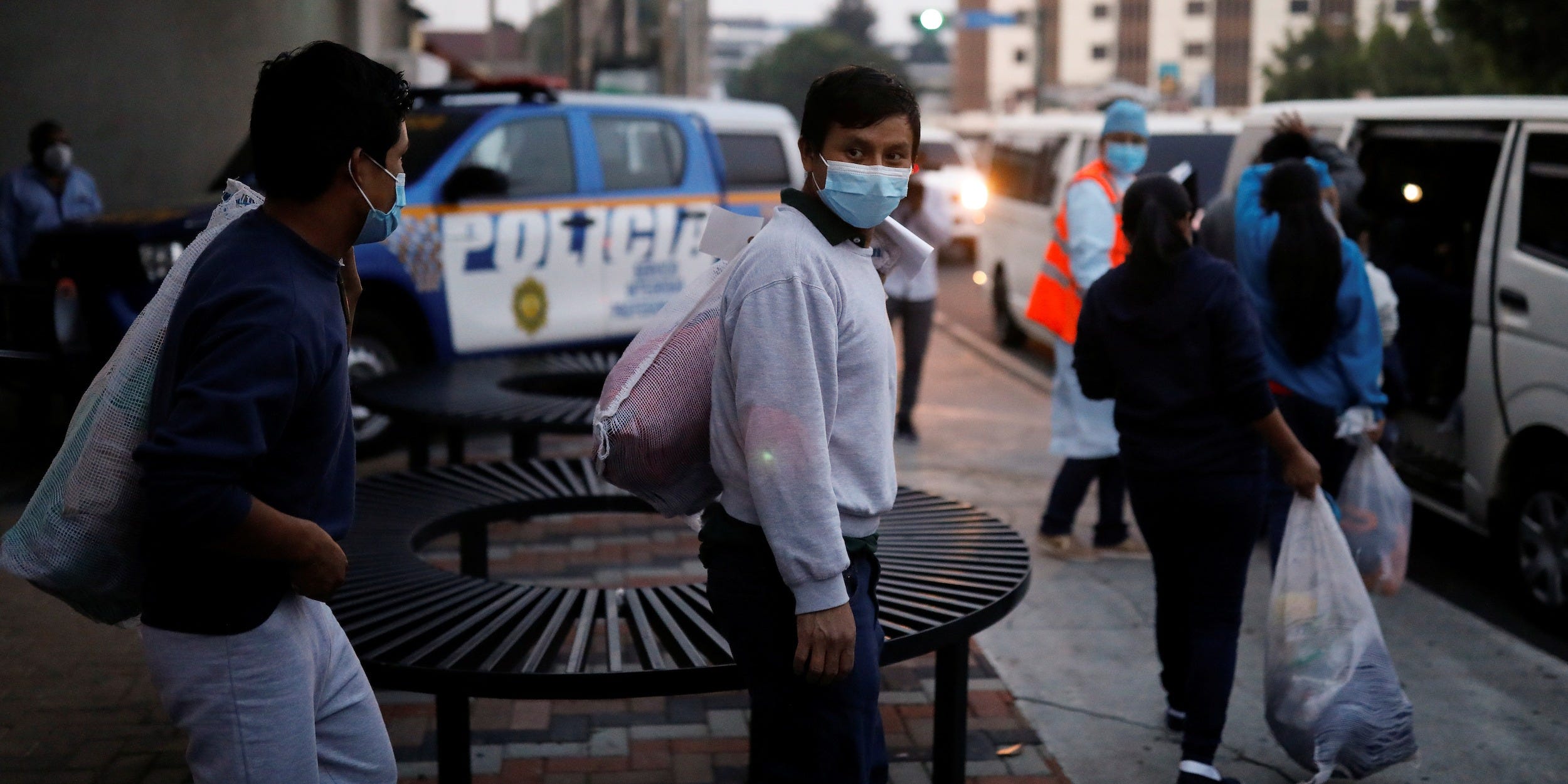 REUTERS/Luis EcheverriaGuatemalan migrants, accompanied by Guatemalan government officials, after being deported from the US, in Guatemala City, April 30, 2020.

Throughout the coronavirus pandemic, the Trump administration has continued deportations, in some cases sending immigrants with Covid-19 back to their home countries, where it has spread among local communities.

That transmission by deportation has been an acute problem in Guatemala, whose president on Thursday doubted whether the US was still an ally of the Central American country. 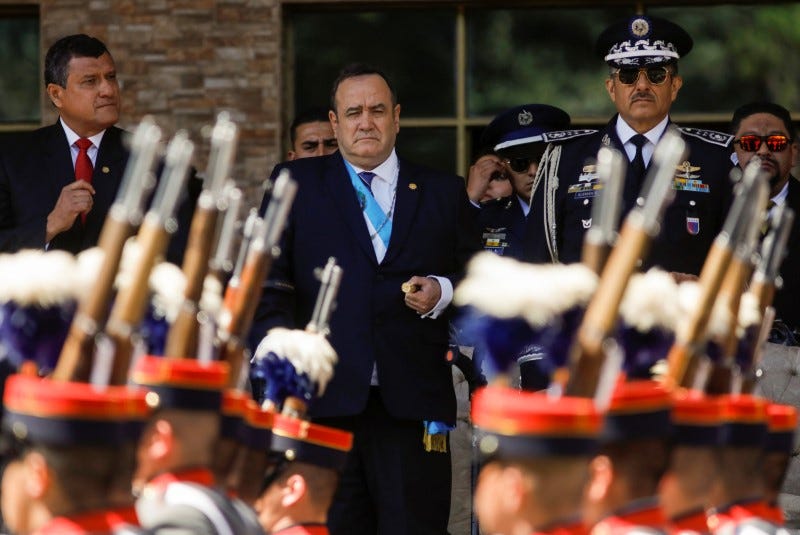 ReutersGuatemalan President Alejandro Giammattei at a ceremony to recognise him as commander-in-chief, in Guatemala City, January 15, 2020.

Giammattei suspended deportation flights from the US on April 17, after numerous cases among passengers on a flight that arrived that week.

After being promised each passenger would first have to test negative, Guatemalan officials said on May 4 they would again routinely accept such flights. At that point, 117 deportees from the US had tested positive, accounting for more than 15% of the country’s infections.

Giammattei said Thursday that Guatemala has “seen how the United States has assisted other countries with respirators, for instance,” but that his government hadn’t received such help.

“We are allies to the United States, but I don’t think it’s reciprocal,” Giammattei said. “We don’t feel appreciative of how we’ve been treated.”

Giammattei appeared to begin addressing “serious issues” with arriving deportees, but stopped himself and said he thought it would be “anti-diplomatic” to share the details right now.

“I can say adamantly that we have not been treated with goodness by the United States, and it’s a crisis,” Giammattei added. 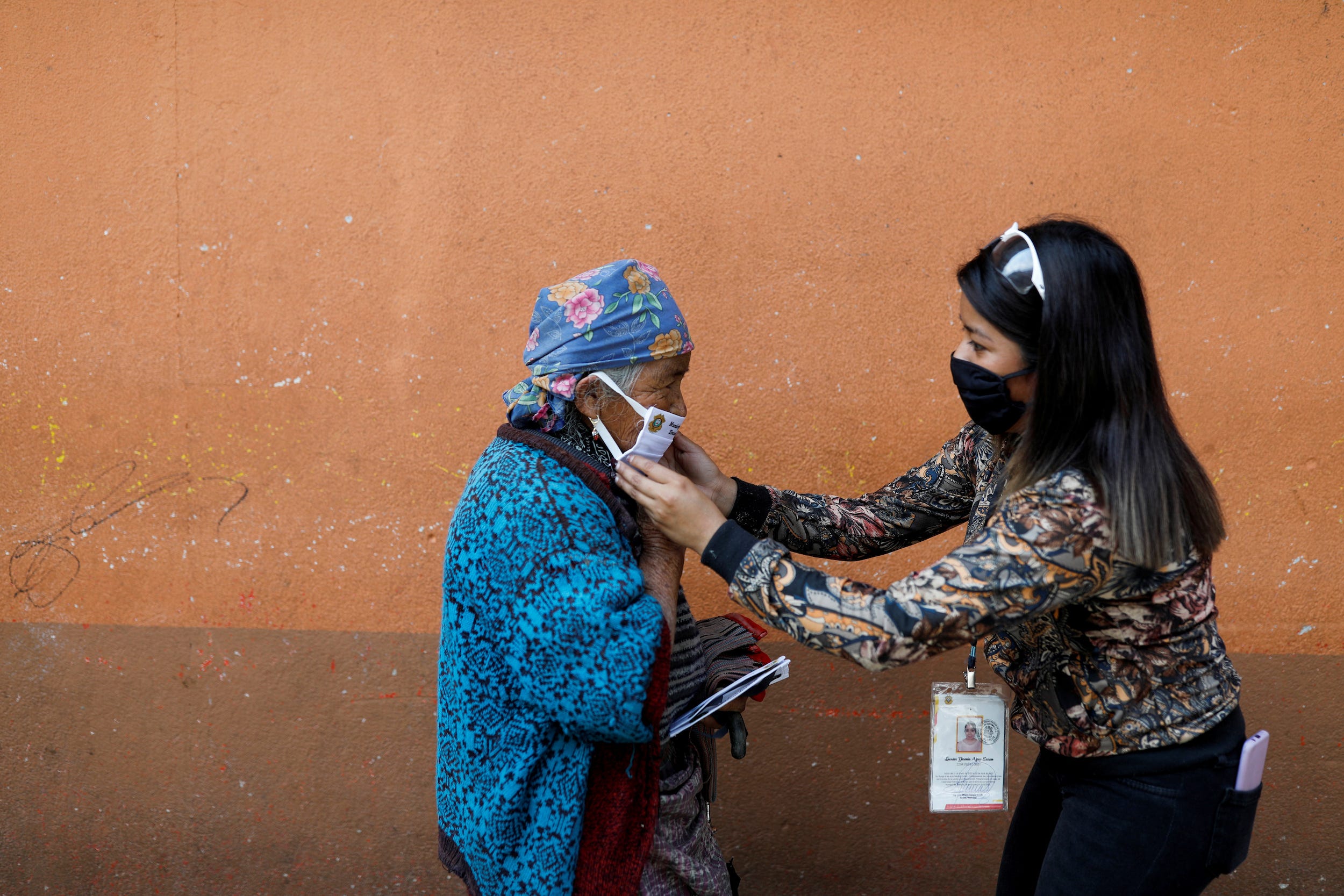 REUTERS/Luis EcheverriaA municipal worker adjusts a woman’s protective face mask on the street amid the outbreak of the coronavirus, in Totonicapan, Guatemala, April 19, 2020.

A right-wing politician and former doctor, Giammattei took office in late January in what was the top country of origin for migrants and asylum-seekers intercepted at the southern US border.

During his campaign he promised economic growth and to halt the outflow of people with an “economic wall.” The strict measures he’s taken in response to the pandemic have been criticised as authoritarian. But Giammattei said Thursday that strict measures were needed.

“We now have to treat a disease that wasn’t created here,” he said, but Guatemalan hospitals “don’t have enough room for quarantine patients.”

The large number of patients is, Giammattei said, “such a burden because … we haven’t even received one single mask from the United States – well, the ones [deportees] carry with them when they come back.”

That response has been made harder still by the the Trump administration, which has seized on the pandemic to pursue its desired “immigration restrictions, without regard to Congress, the courts or public opinion,” Adam Isacson, senior associate for defence oversight at the Washington Office on Latin America,wrote in April. 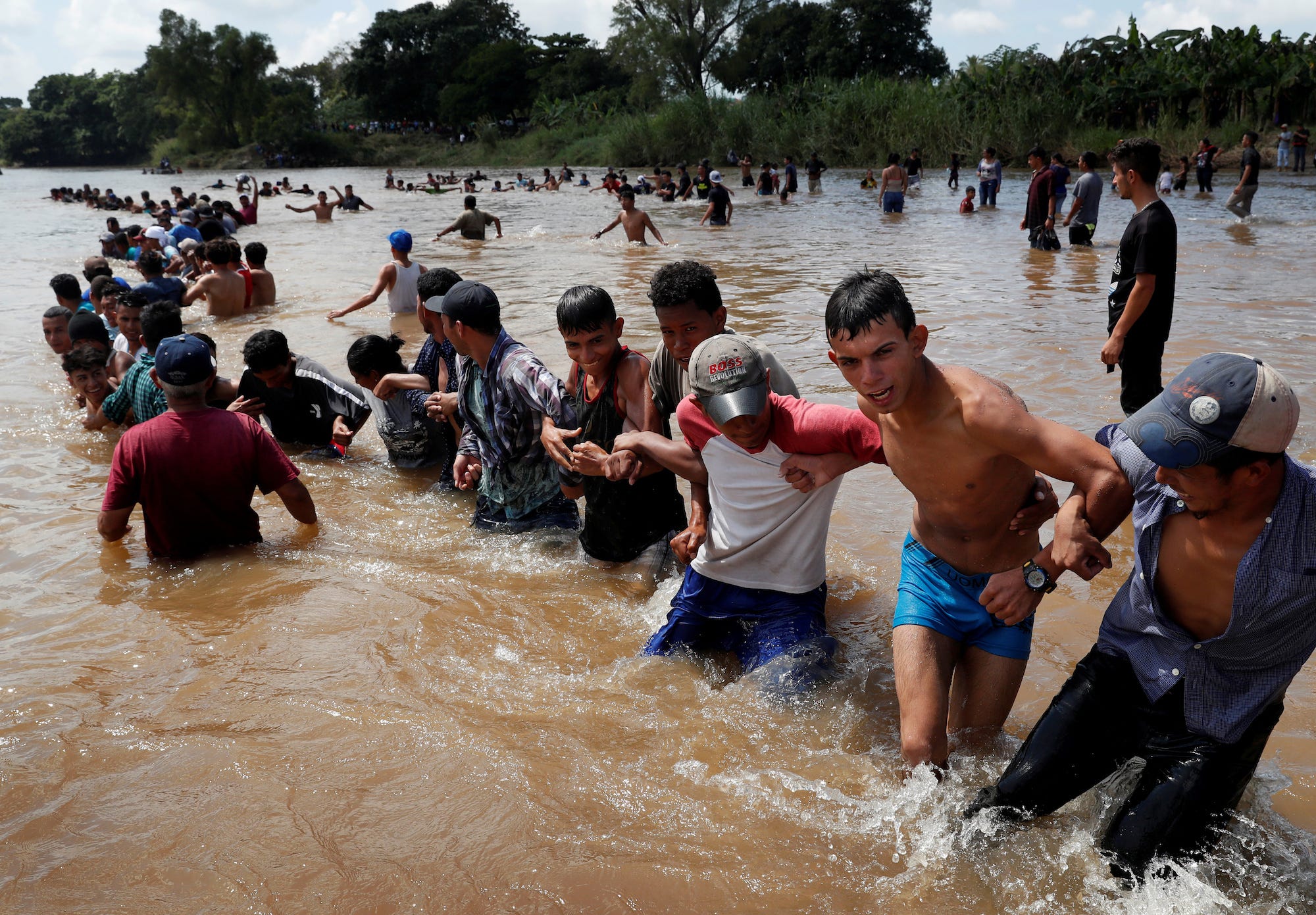 Leah Millis / ReutersMigrants, part of a caravan travelling to the US, make a human chain in the river between Guatemala to Mexico, in Ciudad Hidalgo, October 29, 2018.

Continued deportations by the US have created coronavirus hotspots, Isacson wrote, including in ICE detention centres in the US and in camps on the US-Mexico border, where thousands of migrants are stuck, unable to enter the US.

Deportation flights have spread the illness, not just to Guatemala but elsewhere in Latin America and the Caribbean.

The circumstances make it hard to argue with Giammattei, Greg Weeks, a professor at the University of North Carolina at Charlotte and expert on the region, wrote on Thursday.

“I should point out as well that the Trump administration used the CDC to block all asylum seekers, infected or not. Now all those being deported are stigmatised in Guatemala as well. Not exactly the work of an ally,” Weeks added.

Giammattei said Thursday that he understood that the US wants “less people in their nation. But why are they only sending the infected patients?”

“We do consider ourselves and we behave as allies to the United States, but we would like reciprocity. Send the immigrants back, OK, they’re our problem, but you’re sending them with a disease, so let’s share that part of the problem,” Giammattei said. “We would also like to tighten our relationship with the United States, because there are protocols. The CDC delegates in Guatemala drafted the protocols with us, and there’s been full compliance on our side but not on the other side.”