“Grand Theft Auto V” isn’t out until next week, but images from the game are already hitting the web.

Reddit user fakeittilyoumakeit uploaded the game map along with comparison charts showing how large the size of GTA V’s Los Santos is compared to big cities like San Francisco and New York City. 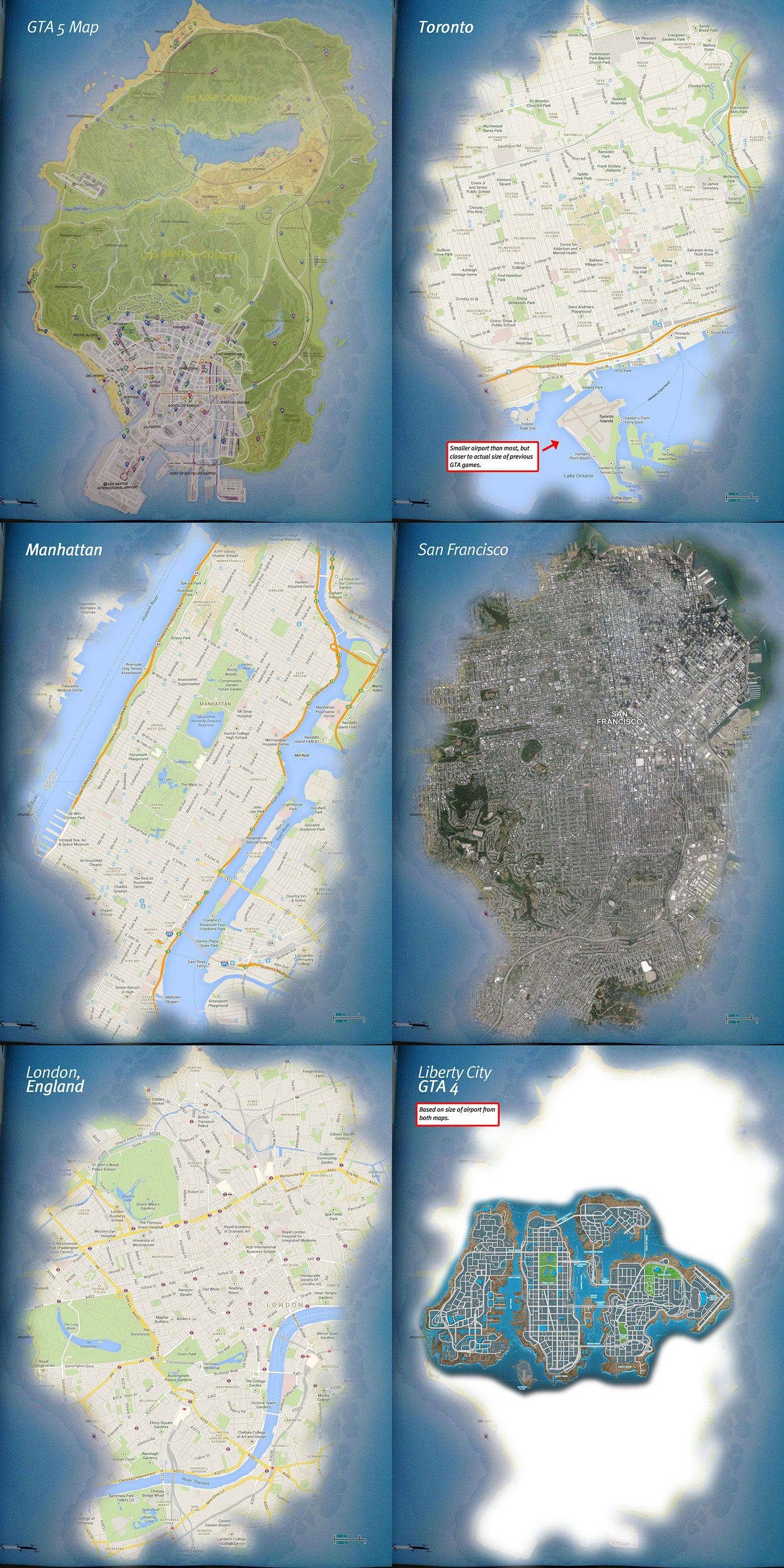 Have you spotted two cool landmarks? And, here’s the airport: