Food delivery with third-party apps like Grubhub and Uber Eats is booming, but no one's making money. Here's why their business is broken. ReutersThird-party delivery companies continue to face an onslaught of ire from diners, restaurants, and local politicians.

Delivery orders are up across America. So why does no one seem to be making money?

Uber Eats is poised to snap up Grubhub as the embattled third-party delivery industry continues to face an onslaught of ire from diners, restaurants, and local politicians. Last week, Jersey City imposed a 10% cap on delivery fees, prompting Uber to add a three-dollar surcharge to all orders from the municipality. In response, Jersey City Mayor Steve Fulop called Uber “a terrible company that only cares about corporate profits.” And on Wednesday, New York City passed a temporary bill capping commissions – typically around 30% with Grubhub or Uber Eats – to 15% for delivery and limiting marketing and other related fees to 5%.

As this conflict comes to a boil, one thing is becoming clear: there are no winners in this fight.

The stakes are higher than ever before

For restaurant owners, third-party delivery orders were never very profitable. But before the pandemic, it didn’t matter as much. Delivery platform fees could be seen as a marketing expense, a way for restaurants to establish their online presence and expand their customer base. Grubhub’s value proposition for restaurants was in incremental orders and that some delivery customers would turn into dine-in customers.

That isn’t to say that restaurants and third-party delivery services coexisted peacefully before the pandemic. Restaurants have long been urging lawmakers to cap delivery commissions, and last year, the New York City Council started investigating Grubhub for erroneous fees charged to restaurants.

But as delivery and takeout have become lifelines for struggling restaurants, the stakes of this fight are higher than ever before.

Shutdowns have eliminated or reduced sit-down dining for restaurants, and delivery has become a much larger portion of restaurants’ revenue. In pre-pandemic times, delivery and takeout usually accounted for a minority of a restaurants’ income. Now, many restaurants rely entirely on delivery revenue to make money and stay afloat and are finding their profits eaten away by the approximately 30% commissions that third-party delivery services typically charge business owners.

“Opting” in is not exactly optional 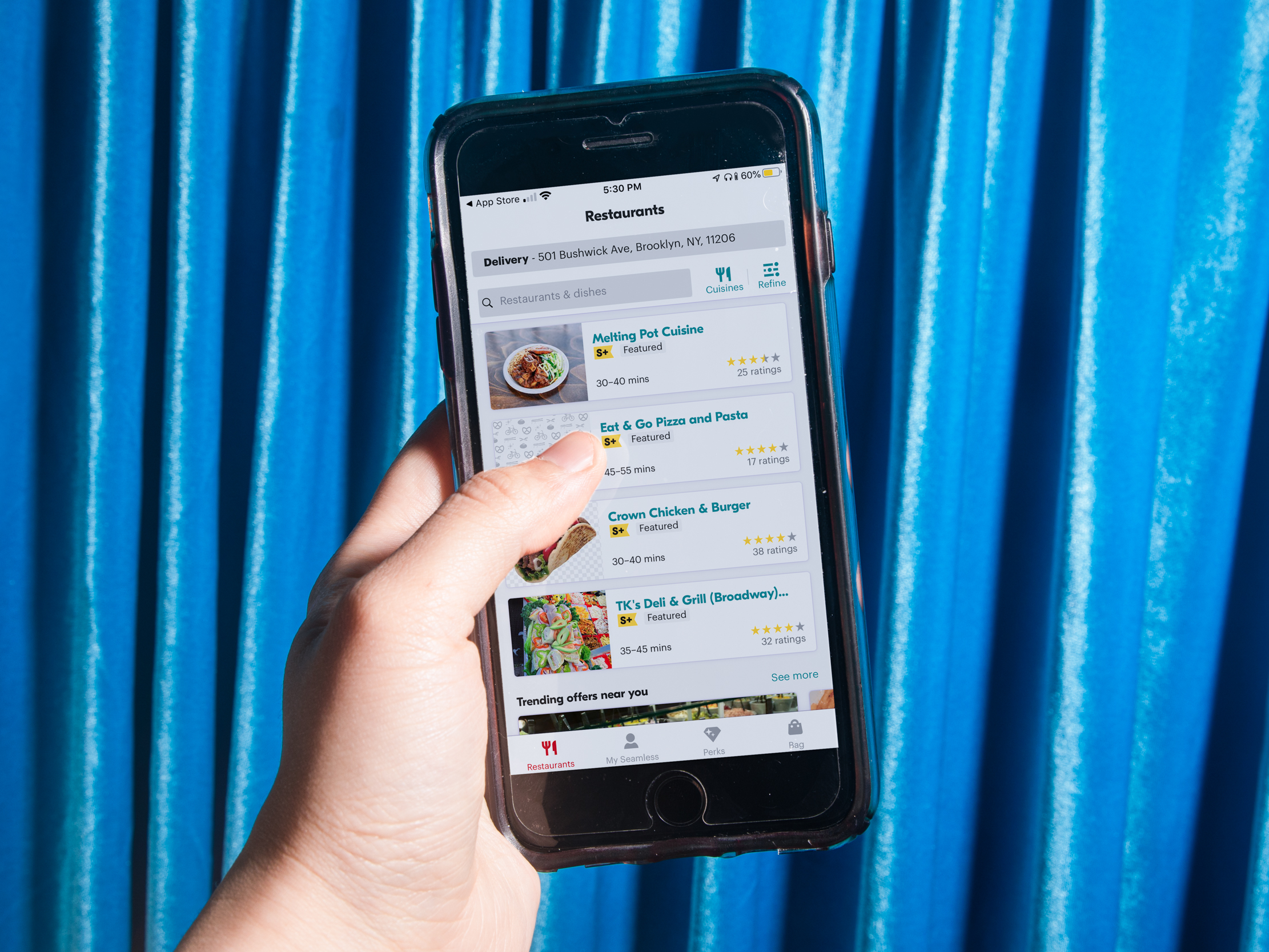 Crystal Cox/Business InsiderSigning up for delivery platforms is effectively mandatory if restaurants want a chance at developing an online ordering business.

Business Insider spoke with John Schall, the owner of Jefe’s Taqueria in Cambridge, Massachusetts, and a former economics instructor at the University of Massachusetts, Boston. Schall said that by cornering the delivery market, platforms have essentially developed an oligopoly like many utility companies. The difference, he said, is that utility prices are regulated by the government.

A Firehouse Subs franchise operator, who asked to remain anonymous for fear of backlash from the chain, said that Firehouse Subs struck a deal with third-party services that required all franchisees to offer delivery through them. The franchisee said that even though he loses money on orders placed through delivery platforms, he’s unable to opt-out of them.

Joe Irick, who owns Pizza Pub in Mount Prospect, Illinois, said that he believes delivery companies incentivise restaurants to pay for promotions by placing restaurants that don’t opt into promotions farther back in search results. “If you’re not doing promotions, you’re not going to get anything from it. I think they’re just going to bury you way down.”

A Grubhub spokesperson told Business Insider that the company does not comment on pending litigation, saying simply,”We’re committed to helping restaurants during this challenging time.”

An unclear path to profitability A class-action lawsuit filed in April against Grubhub, Doordash, Uber Eats, and Postmates claims that the fees that delivery services charge restaurants force those restaurants to raise menu prices for diners.

Spokespeople for Doordash and Grubhub declined to comment on the suit, and Uber Eats did not respond to request for comment.Grubhub and Uber Eats have both campaigned against fee caps in San Francisco and Jersey City respectively, claiming that reduced commissions would force them to raise prices for customers.

But despite the increase in orders and high fees charged to both restaurants and diners, delivery companies still struggle to achieve profitability. Uber Eats parent company Uber continually posts massive losses. Grubhub recycled most of its income into growing its operations support, according to its most recent annual report. The latter has spent years trying to assuage investor trepidation despite massive market share growth.

The biggest question for these companies now that they have effectively cornered the delivery market is how to become profitable. So far, there isn’t a clear path forward. Uber Eats’ acquisition bid for Grubhub, which would cut overhead costs, is likely to face regulatory backlash.

“We do not believe this potential acquisition of Grubhub by Uber, if true, would easily pass regulatory scrutiny. Given the significant market share a combined company would enjoy in the food delivery sector, we believe regulators would think twice,” BTIG analyst Peter Saleh wrote in a May 12 report that was sent to Business Insider.

Saleh also noted that the merger wouldn’t necessarily increase profitability. Combining corporate costs like marketing, tech, sales, and accounts may save some money, but Saleh believes it won’t be enough to make the system profitable. Despite Grubhub’s fees, the company loses an average of $US2.50 per QSR order after operating costs and $US1.50 for non-partnered restaurants.

The pandemic is revealing what has always been true of third-party delivery companies: they’re only able to operate the way that they operate because they pass on the burden of profitability onto diners, drivers, and restaurant owners. And now that regulators are stepping in to slash commissions, it’s becoming clear that major changes are necessary now if delivery companies want to become a sustainable part of the restaurant ecosystem.