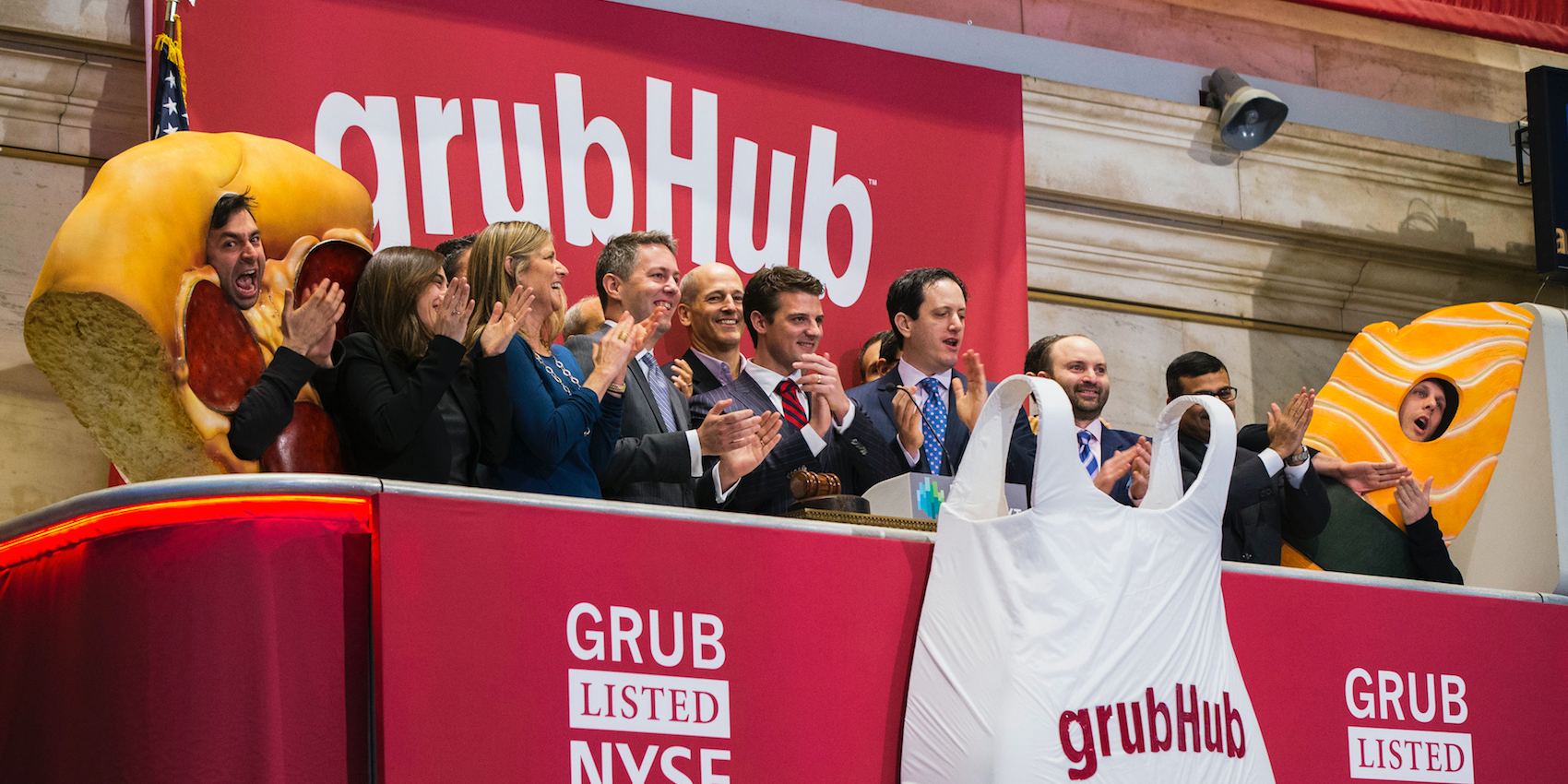 Lucas Jackson/ReutersGrubHub CEO Matt Maloney (C) applauds after ringing the opening bell before the company’s IPO on the floor of the New York Stock Exchange in New York April 4, 2014.

GrubHub shares skyrocketed as much as 37% on Tuesday after Bloomberg reported Uber offered to acquire the food delivery company.

Both firms are in negotiations and could reach an agreement before the end of May, sources told Bloomberg. Talks could still fall through, the sources added.

The news drove outsized trading volume for GrubHub shares and prompted a temporary trading halt. The midday spike pushed GrubHub’s stock price into a year-to-date gain, wiping out losses made during coronavirus-fuelled sell-offs.

Uber shares jumped as much as 5.6% following the report.

Uber’s Eats business competes with Chicago-based GrubHub, and has leaned heavily on the segment to make up for lost revenue amid the coronavirus pandemic. Uber is valued at roughly $US55 billion, while the latter company has a market cap of roughly $US5.3 billion.


A group of healthcare stocks is enjoying the market’s biggest post-crash comeback, and has returned 1,000% over the past decade. One investment firm explains why there’s even more upside – and shares 3 companies it’s buying. 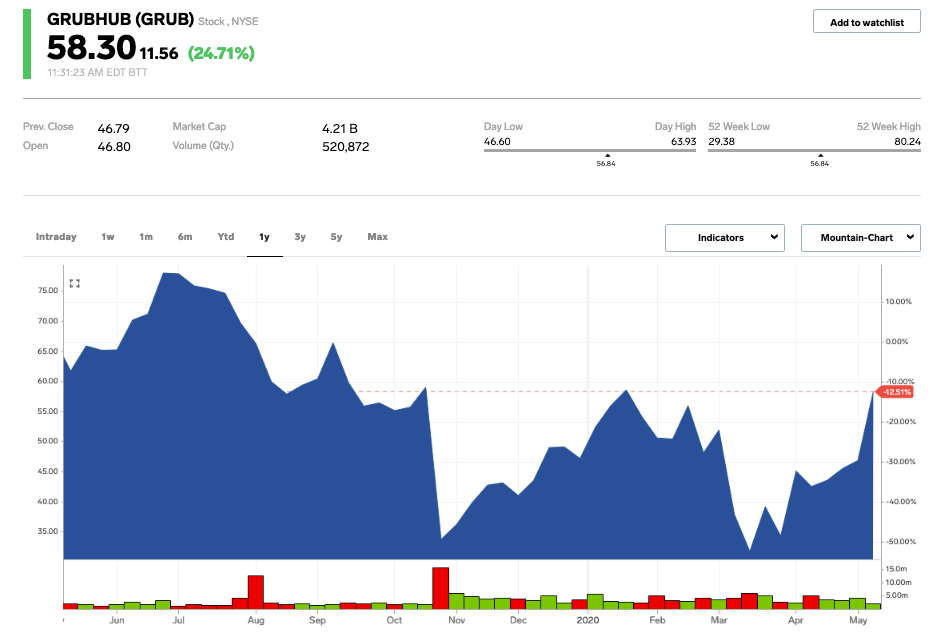